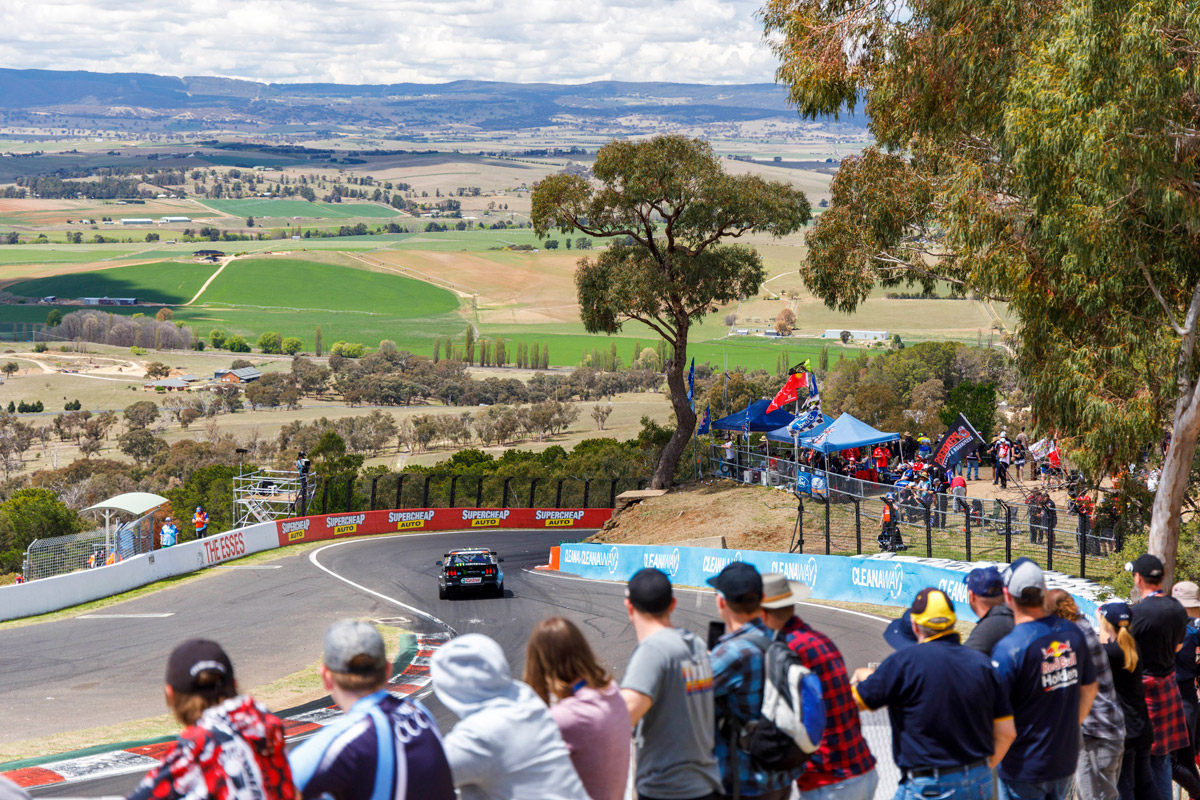 Excitement around an additional Supercars round at Mount Panorama swirled yesterday with a reference from Seven West Media boss James Warburton to a possible Bathurst 500 in place of the annual GT-driven 12 Hour next year.

Quizzed on the matter, Seamer said: “I think it’s fair to say [the Bathurst 12 Hour] is unlikely to go ahead in the form that it went ahead with this year, due to the number of international participants that the event has built over time.

Could that be a Bathurst 500 for Supercars to possibly kickstart the new season given Adelaide will take on a later date? “An event of that nature is under consideration should we not be able to run the 12 Hour or a formidable GT event.”

The 12 Hour is usually held in early February but that timeslot could be adjusted if the event does take on a different look for 2021.

“That date is obviously normally locked in because of the racing at Daytona, Dubai and the rest of the GT calendar,” said Seamer.

“So if we don’t have the international competitor base that we would normally expect out there, then we have got a lot more flexibility and freedom around that date.”

One thing is for sure; whether it’s the Australian Grand Prix or an extra visit to Bathurst, it will be with championship points on the line.

“Any race we do needs to be part of the championship. With the cost of going racing, I don’t think we’ll be doing any exhibition races in the short to medium term,” Seamer said.

A schedule for the 2021 Repco Supercars Championship is in the works, with a central part of planning revolving around the ability to reduce sudden changes.

“But like everybody, we’re pretty encouraged with how things are looking in Australia and also in New Zealand at the moment so actually we’re really looking forward to next year.”

Supercars are back in action this weekend at the OTR The Bend SuperSprint in South Australia.