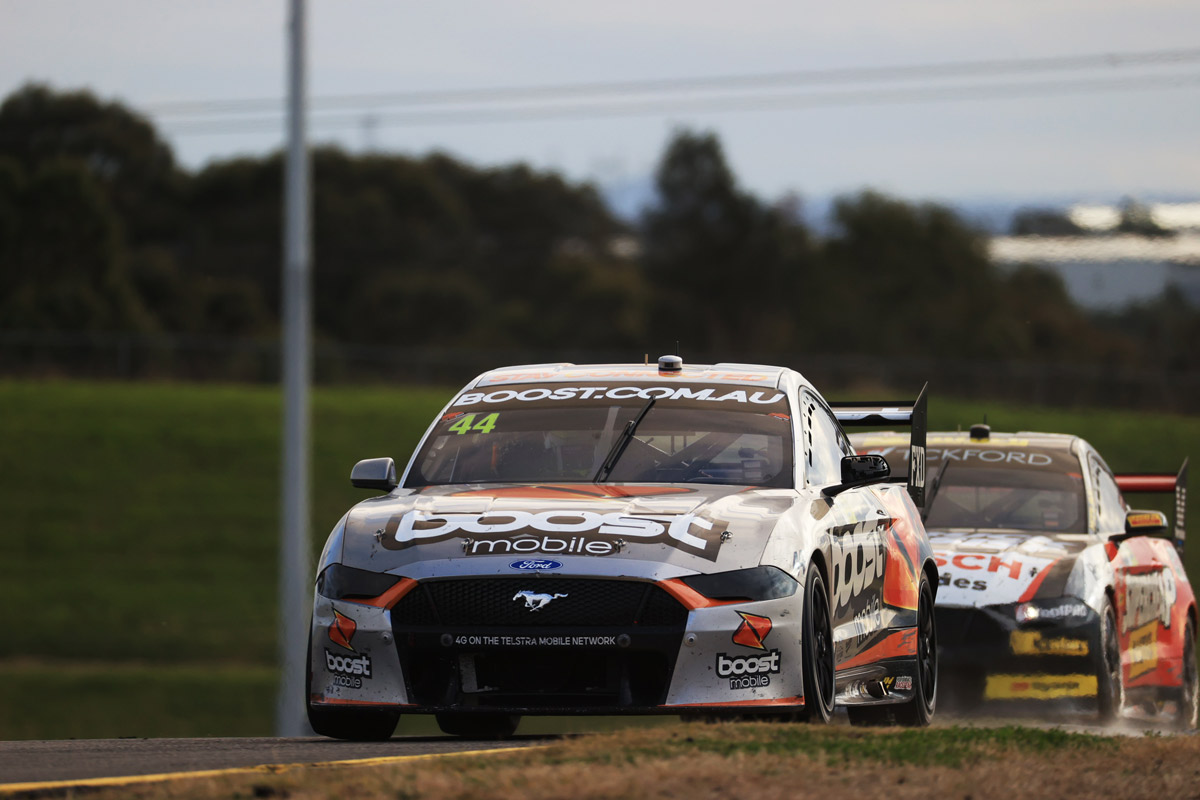 In his first weekend driving a Ford since clinching the 2010 title for Dick Johnson Racing, there were positives signs for Courtney, who celebrates his 40th birthday today.

Although he struggled for outright pace over a single lap, the Boost Mobile-backed driver was able to display his speed and race craft across long runs.

Courtney made up nine places from start to finish in the opening race, and backed that up by moving forward six and four spots in the two Sunday heats.

It meant he turned underwhelming qualifying positions of 21st, 15th and 18th into a respectable 12th, ninth and 14th.

Fellow veteran Mark Winterbottom was the only other driver to enjoy remotely similar mid-race progress, making up a combined 14 spots across the three starts.

Courtney knows there is plenty more to get his head around before maximising his and the #44 Mustang’s potential.

“It was just a solid weekend,” he reported.

“I learnt a lot, I still have a lot to learn… but I’m pretty happy with it. 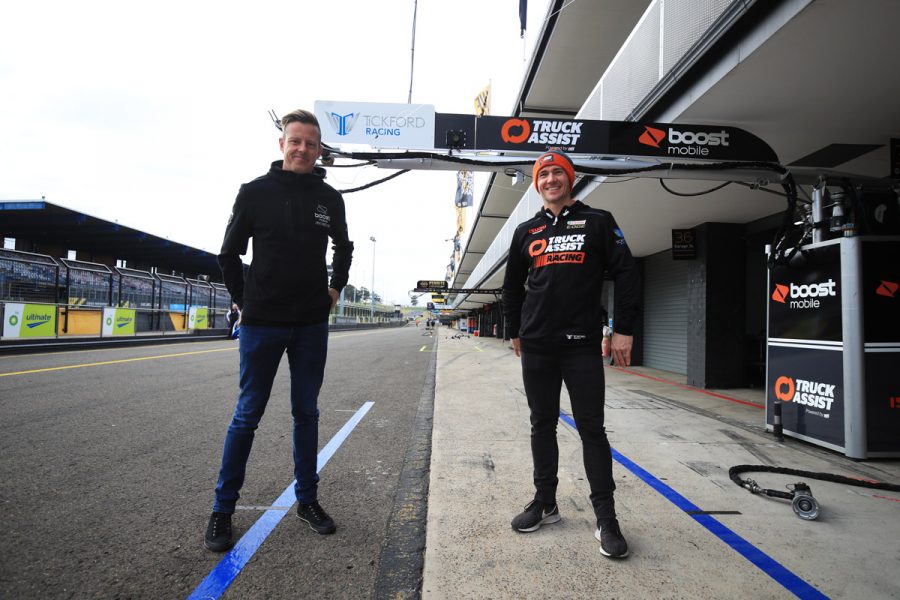 “Having never tested the car, I never even sat in it until we got here, then have three races and move forward in all three is pretty good.

“There’s still some work to do, I have to sort some things out about how this Boost Mobile Mustang generates speed, and re-train, re-program some muscle memory I have from over the years, but I’m looking forward to Winton.

“The team and the driver group here couldn’t have been more welcoming, they’ve been really helpful and want to get me up to speed, so it’s been a good first weekend, and hopefully more to come.”

Courtney’s garage stablemate Lee Holdsworth took the headline result for the Tickford squad, placing second in the finale while Cameron Waters ran towards the front for most of the weekend and Jack Le Brocq showed qualifying improvement.

The next event on the revised 2020 calendar will come at Tickford’s test track, Winton Motor Raceway, on July 18-19.