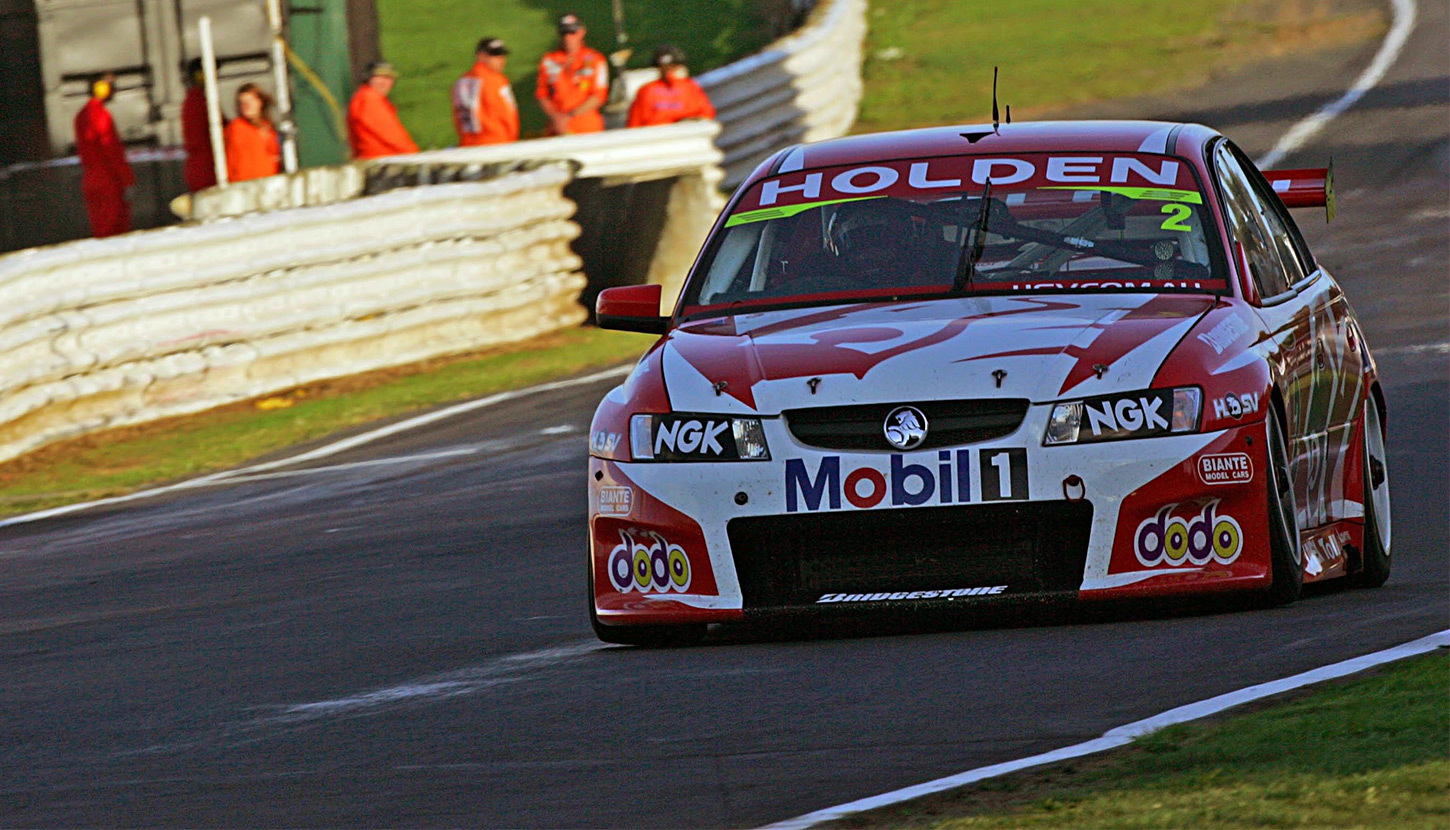 The support action this weekend will feature some of the most well known names in the history of the sport, as well as some cars that you are sure to remember, making it something of a celebration of two great eras in Aussie racing.

The TCM grid will once again feature the usual cast of Hall of Fame heroes this weekend but here’s the thing – I don’t think any of them are going to win, not even John Bowe and that’s something I rarely say.

I suspect that this weekend some of the greatest drivers we have ever seen will be shown up by an I.T. entrepreneur, named Jason Gomersall.

The Torana-loving Gomersall has been steadily improving over the last 12 months and now that he’s upgraded his hardware to an A9X Hatchback (with a mint retro Brocky livery) I believe he’s ready to upload himself on to the podium. The Queensland Raceway circuit should suit him and his car.

Having said that, Jim Richards has gone back to his familiar Ford Falcon Sprint so he’ll be testing the Toranas of Gomersall and John Bowe and the longer straights will suit the bigger cars like Steve Johnson’s XY GTHO.

On a side note the TCM paddock will welcome back Keith Kassulke this weekend after his brave recovery from burns suffered at Phillip Island last year.

Two cars that had very high profile lives will be coming out of retirement this weekend, one from the nineties and one from the noughties.

The EL Falcon that Glenn Seton drove in 1998 and the HRT-built VZ Commodore that Mark Skaife drove in the championship help make up the 18-car grid.

Skaife’s VZ has a special place in the history books as he drove it to victory at Pukekohe in 2006 and equaled Peter Brock’s round win record in the process.

Taz Douglas is leading this championship and looks unbeatable in 2016. He will likely keep his unbeaten streak running this weekend but Tyler Greenbury has stepped up to a FG Falcon, so let’s hope he or Josh Smith can at least make Douglas work for it.

I loved watching their races at Winton but I reckon a reverse grid race would spice things up.

F4 will launch into the second half of their season in Ipswich and boy I’m hoping it will be as good as the first half.

There have been three different winners from the opening three rounds and an average margin of victory of less than one second across the nine races so far.

Will Brown has the championship lead after his BRM teammate had a bad round in Sydney, a round won by AGI Sport’s Nick Rowe, which sees him well in contention now too.

2015 regular Harry Hayek has returned from a brief stint in the British F4 championship and will be a contender here this weekend as this was the venue of his first podium.

The star of the field in Darwin was Ben Walsh who won three out of the four races but unfortunately he’s had to switch teams since then and now enters the Ipswich round in a totally untested combination.

This will open up the door for the likes of Trent Young, championship leader James Duckworth and defending champ Brendon Pingel.

All support races will be live on Fox Sports 506 this weekend.