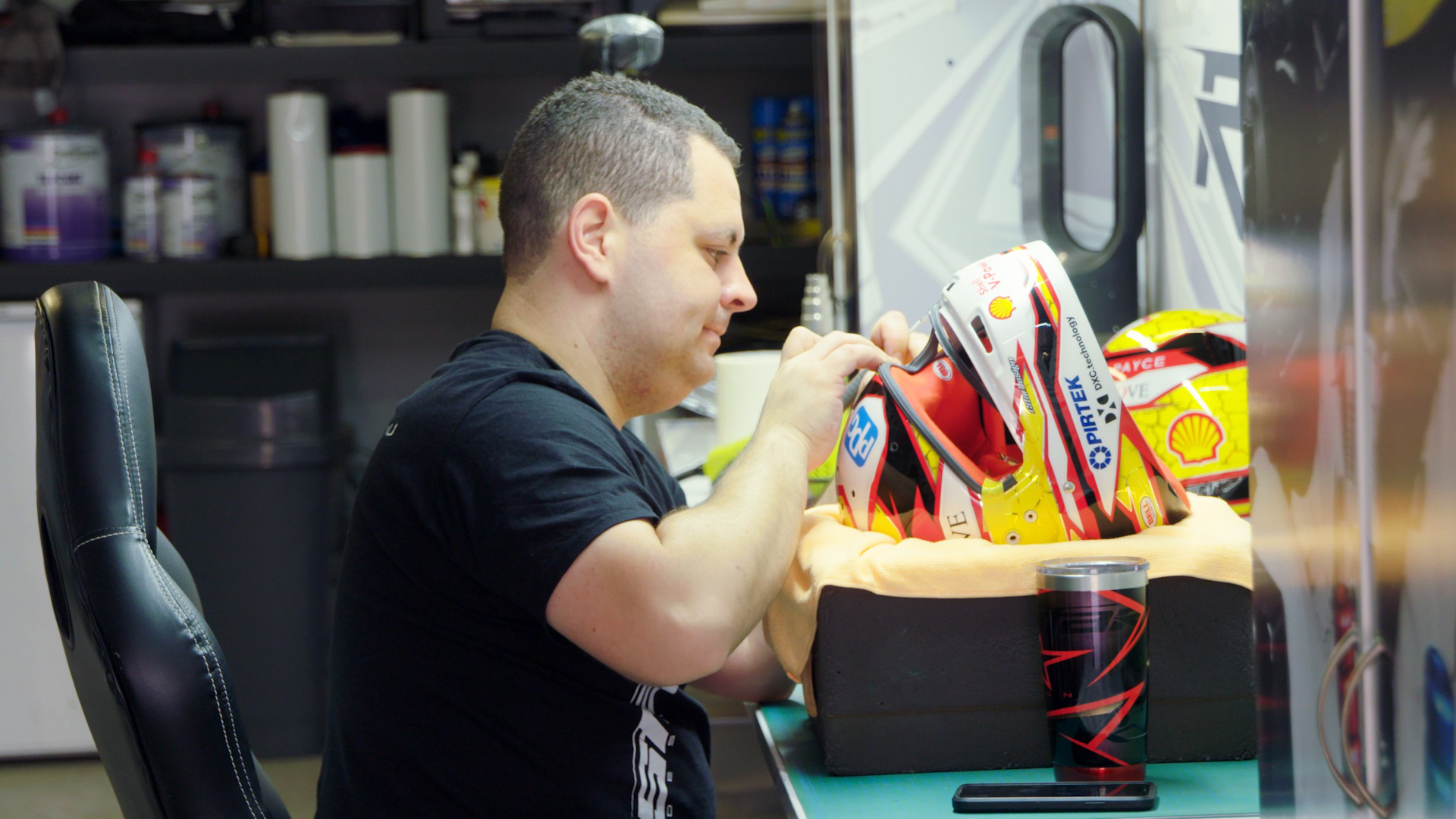 Meet the man behind many of the eye-catching helmets you will see on the Supercars grid this season.

Frank Stivala is the one-man band that makes up rStar Design, based out of Sydney.

“I grew up around motorsport, particularly drag racing, but I always was interested in all forms of motorsport,” Stivala told Supercars.com.

“I always had motorbikes and go-karts and all that as a kid. I left school when I was 15, got an apprenticeship in a body shop and it just kind of evolved into this.

“I figured if I can get a helmet job here or there to fill in the gaps… and in two years it totally took over and that’s all I do now.”

Stivala started out small: “I’d always painted our own stuff: mine, my brother’s, my cousin’s, all their own helmets but never really saw it turning into this.”

Among his first external clients was a young Anton De Pasquale in 2012, when the now 24-year-old was starting out in the Victorian and Australian Formula Ford championships.

“We did one helmet a year right through his Formula Ford, when he went to Europe and did the open-wheel stuff over there and then came back and started racing here. We’re still working together today,” Stivala said.

“It’s kind of weird, you look back on it now and we’ve sort of paralleled the journey.

“He was a new up-and-comer at the time when he reached out to me and I was very new to the helmet scene and we kind of grew together, if that makes sense. It’s kind of cool that we’ve been along for the ride.”

Typically, Stivala gets the ball rolling around Bathurst time for the following year’s design, with plenty of work required to turn a plain helmet into the finished product.

“I mean every job is different, it depends on what we do, how much detail is in it, all the rest of it,” he said.

“On average, I couldn’t put an exact number on it but there’d have to be 25 to 30 hours a helmet on your medium sort of complexity style.”

Some give Stivala a tighter brief on what design they want; others give him basic guidelines of colours and sponsors and see where his creativity takes them. 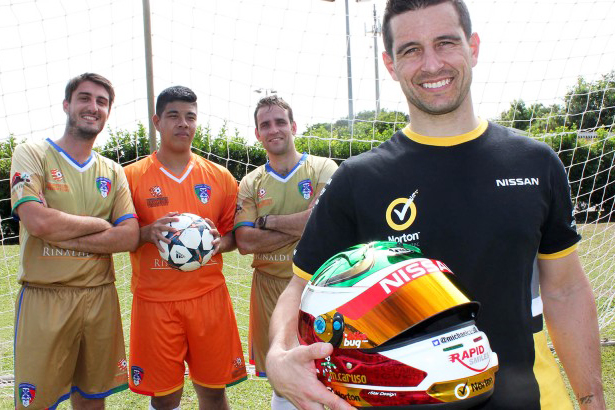 There are, of course, a couple of standouts from over the years – including some with Caruso, the first active Supercars driver to jump onboard the rStar train.

“The 2015 helmet we did for Bathurst for Scott [McLaughlin] was pretty cool,” Stivala reflected.

“We’ve always done some good stuff with Michael Caruso; he always had his standard colours – green on the top, red through the middle and yellow at the bottom with white infills.

“We always picked a theme and built a helmet around that theme. We did ones for the soccer World Cup (pictured above), we actually did one that his kids painted, we did one with lucky charms on it, we did a sci-fi one.

“We generally try to pick a theme and build it around that, but still sort of stay true to his original colours and style of design. So they were always fun, yeah.

“We’ve done some championship ones with Scott now which is pretty cool to have them under the belt, two years in a row.”

So, where to from here in growing his business?

“As far as what I haven’t done, more international stuff is not the goal but where I can see things heading,” he said.

“I have done a little bit in NASCAR for a few guys. If that can expand a little bit, that would be great.

“There’s a massive GT scene in Asia, the customer base, the reach is kind of endless really.”

22/01/2020
Stay In The Know
Sign up to the Virgin Australia Supercars Championship Newsletter
We use cookies to ensure that we give you the best experience on our website. If you continue to use this site we will assume that you are happy with it.Ok