The fate of Brock’s Bathurst-winning cars 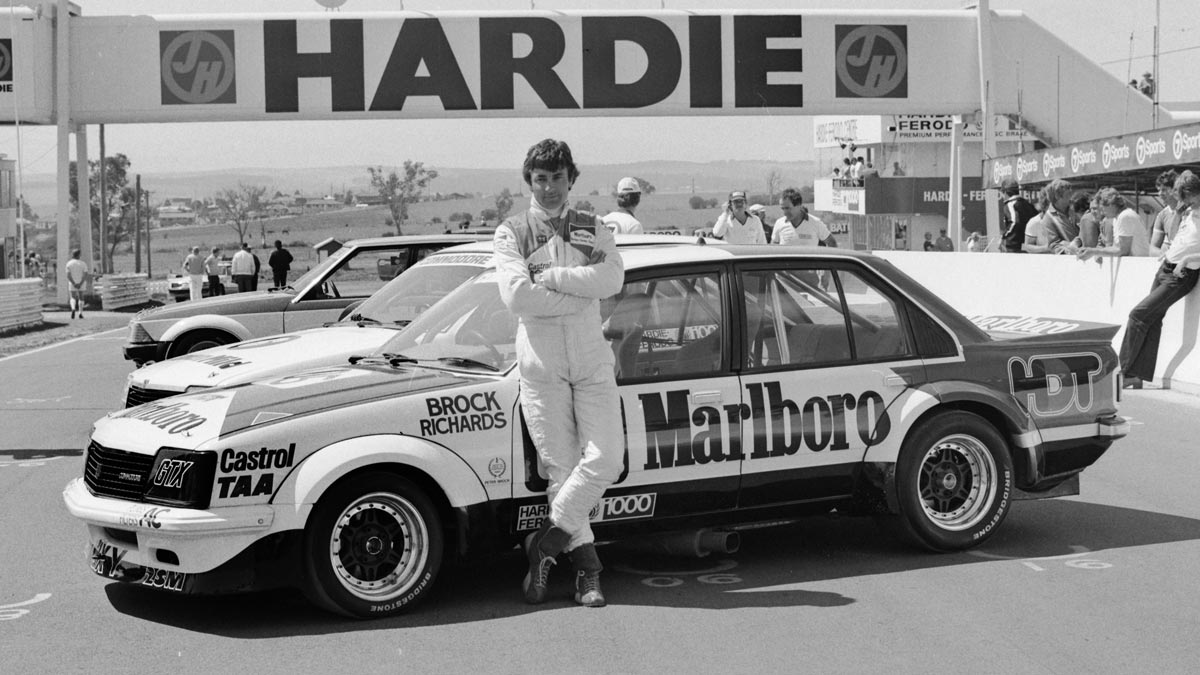 Fifteen years on from his tragic death, Peter Brock remains the ultimate icon of Australian touring car racing and its ‘Great Race’, the Bathurst 1000.

His record of nine victories is unmatched and the trophy named in his honour in the aftermath of his passing is a fitting legacy for the ‘King of the Mountain’.

Brock’s Bathurst triumphs and the cars he drove in those races are the stuff of legend. But what happened to each of those cars? How many have survived the test of time, and where are they now?

V8 Sleuth takes a look at the fate of each of Brock’s Bathurst winners. 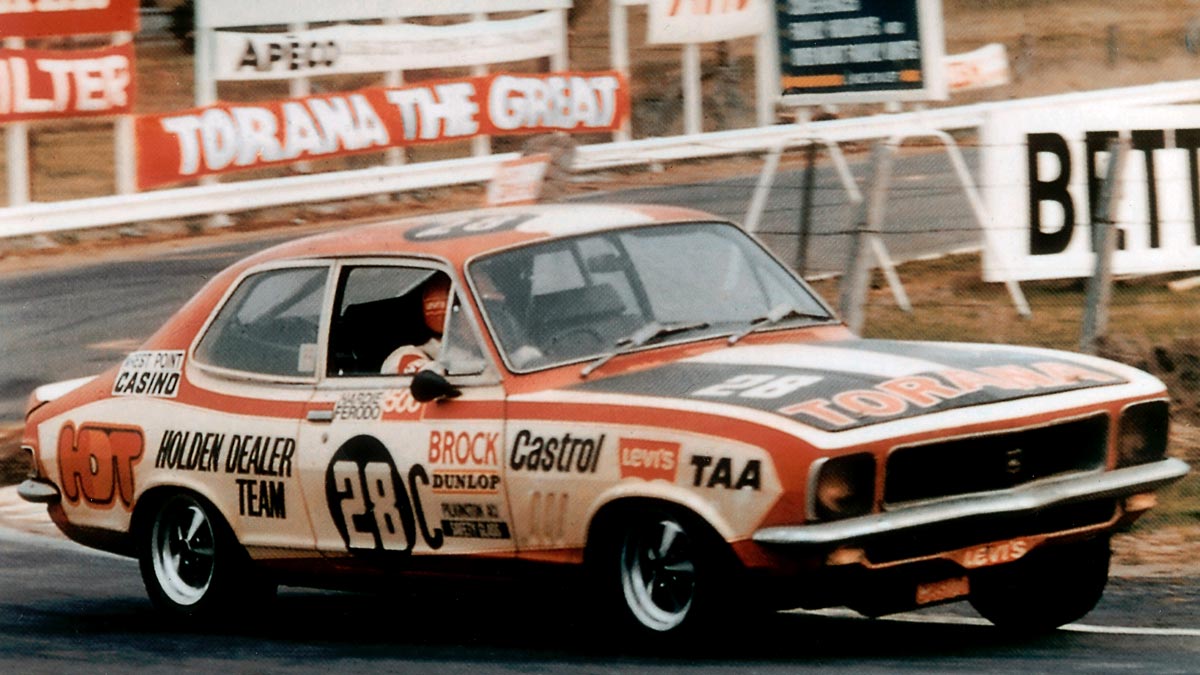 Brock and this nimble GTR XU-1 defeated Allan Moffat and the might of Ford’s factory-backed Falcon GT-HO in the rain-hit 1972 race, a year when both men drove the 500-mile contest solo.

The same Torana was used by Brock in the 1973 ATCC, earning his first ATCC race win en route to finishing runner-up to Moffat in the championship, before being sold by the HDT the following year.

It passed through the hands of a number of owners, including Dick Johnson, and was still being raced when it was bought by current custodian Glen Amos in 1981 for just $4250.

It was fully restored after laying idle for 17 years, and later famously appeared in its race-winning glory at the 2006 Brock Bathurst tribute with Craig Lowndes at the wheel. 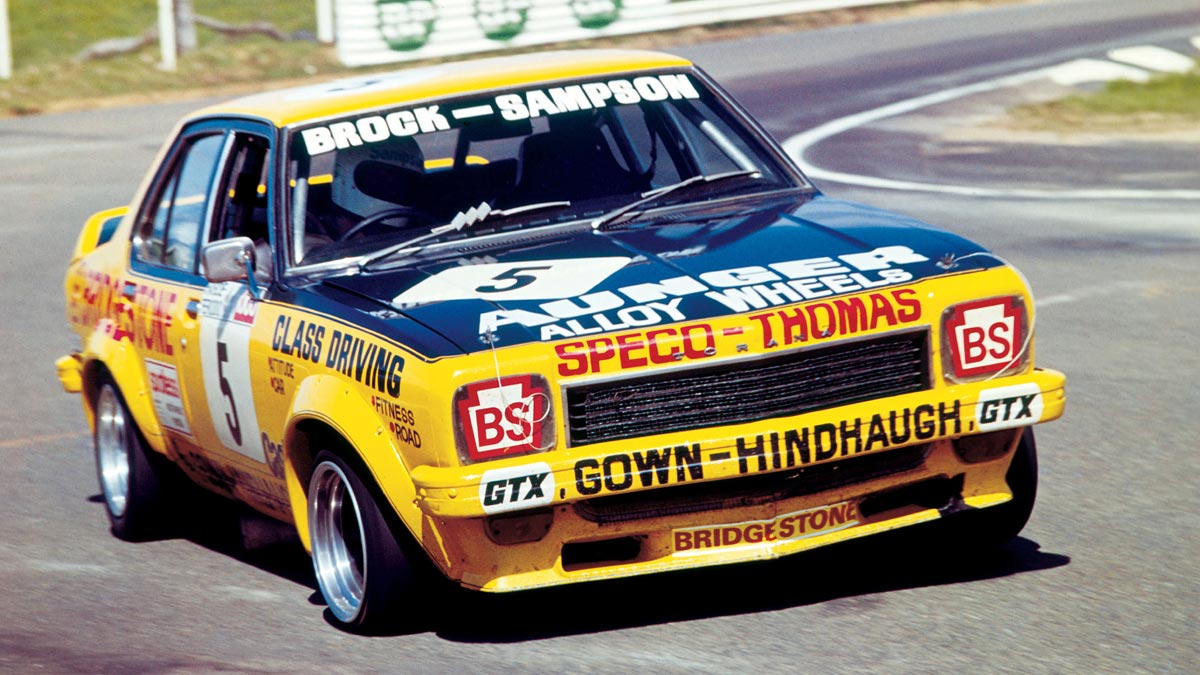 Brock split with the HDT at the end of 1974 and took his second win in the Bathurst classic, by that point a 1000km race, with this Gown-Hindaugh Torana L34 alongside co-driver Brian Sampson.

After Brock moved on to start Team Brock for 1976, this Torana was raced by a number of drivers that year, including Frank Gardner and Colin Bond in the ATCC, and Bruce Hindaugh/Garth Wigston at Bathurst.

It was then sold on and ended up in Tasmania's Street Car competition before it was written off in a road accident.

The wreck was stripped and cut in half; the front going to a local speedway driver to graft onto a damaged car and the rear into the Harford tip in Devonport, marking an inglorious end for this legendary car. 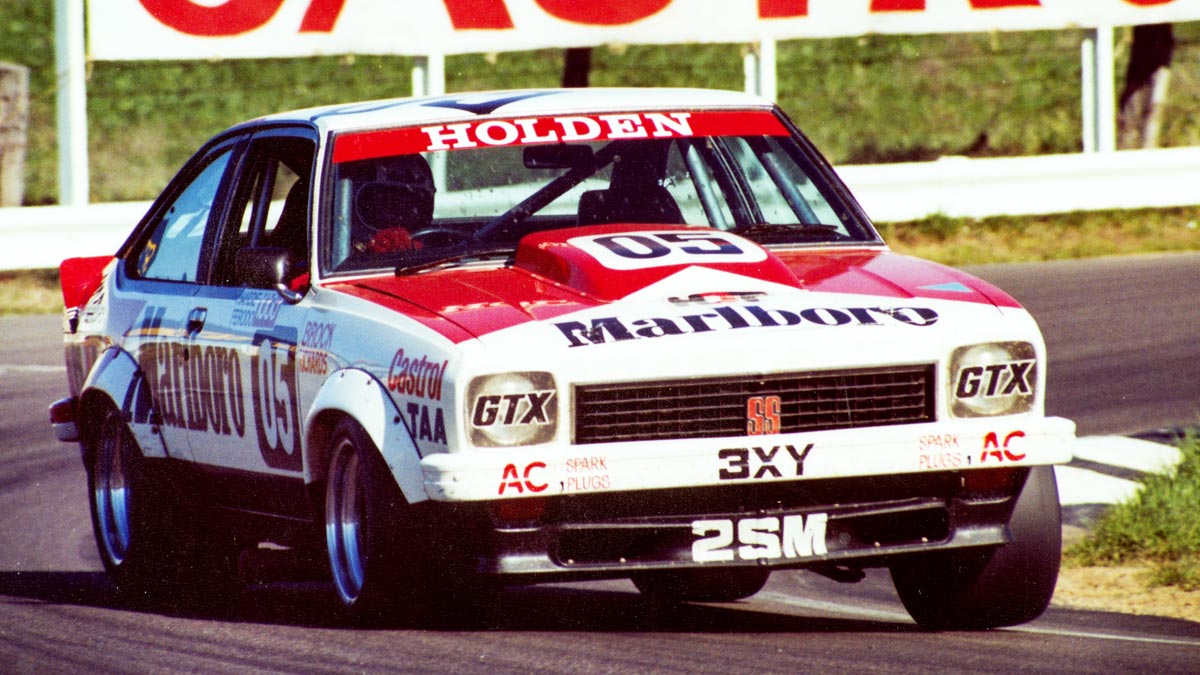 This car’s victory in the 1978 Hardie Ferodo 1000 kicked off a hat-trick of Bathurst triumphs for Brock, co-driver Jim Richards and the Holden Dealer Team.

It also sealed another hat-trick as this car had been used by Brock in the 1978 season finale to secure the ATCC crown, and then to claim his fourth-straight Sandown 400 victory.

The car was given to HDT teammate John Harvey for 1979 and all-but written off when co-driver Ron Harrop suffered a brake failure and crashed during that year’s ‘Great Race’.

It was rebuilt and one made appearance as a Sports Sedan with Harvey driving in 1980, before being sold through various hands and eventually bought in 1999 by current owner David Bowden. 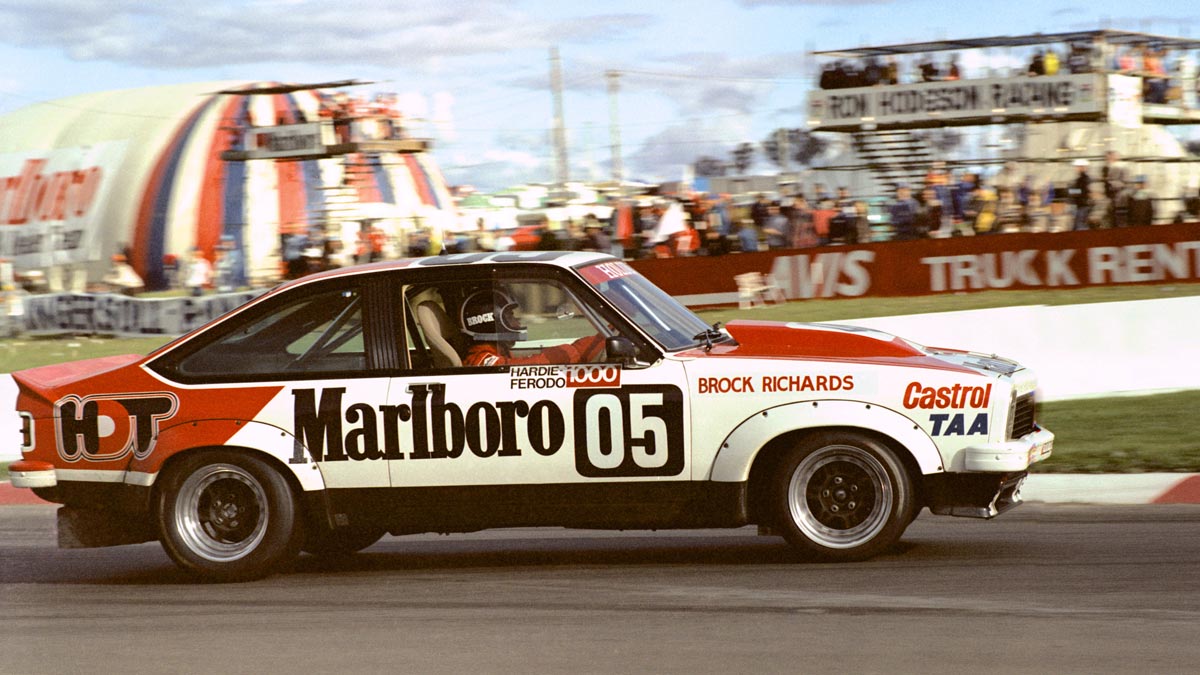 Brock and Richards utterly dominated the 1979 ‘Great Race’ in this Torana as they scored pole position and won by six laps: leading every lap and setting the fastest lap on the final lap for good measure!

In the months that followed it was campaigned by Brock in Tasmania and by Brock/Richards in Sports Sedan races in New Zealand but, with the Commodore introduced for 1980, the car’s racing days were then over.

The car was retained by the now Brock-owned HDT and was displayed both at the team’s headquarters and Bathurst’s museum in the years that followed, before being sold to a collector in 1993.

Unrestored with its original paint intact, the car was acquired in 1999 by current owner Bowden and lives alongside the 1978 winner in his family’s collection on the Sunshine Coast. 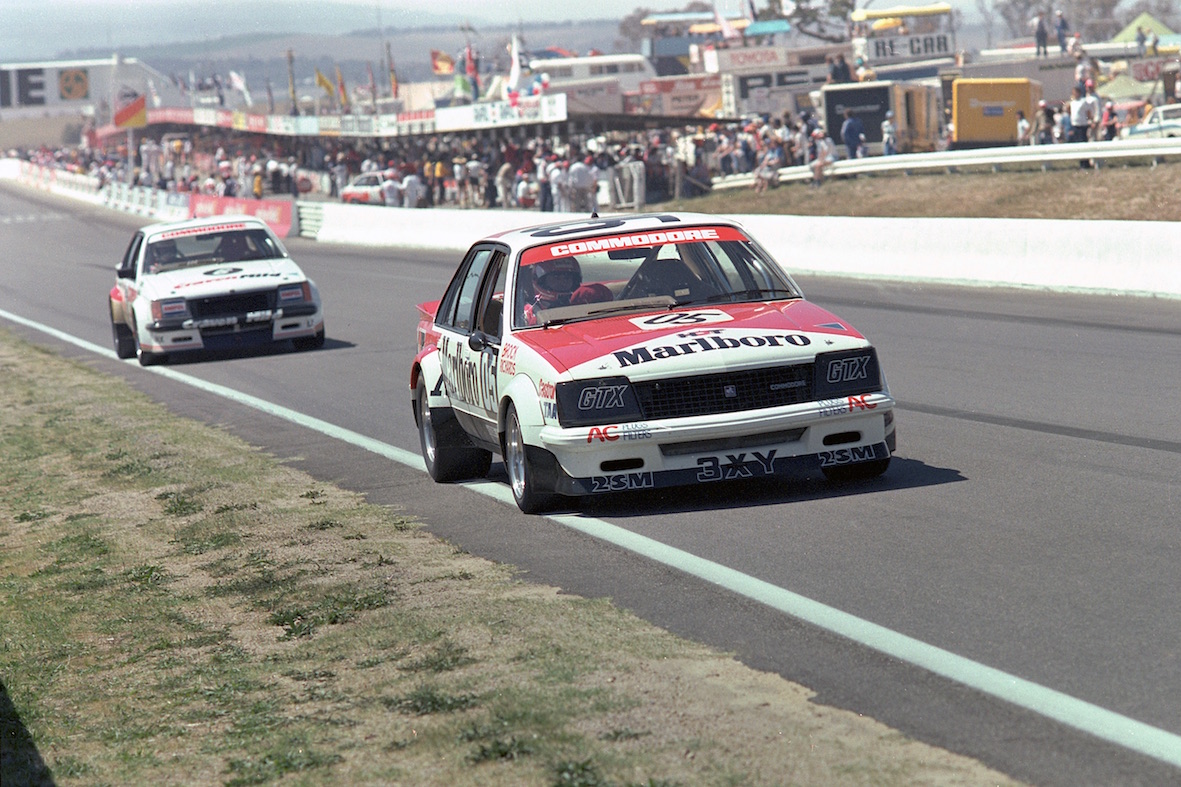 This Commodore was built for the 1980 endurance races – after Brock had won the ATCC in a different car – and was upgraded from VB to VC specifications ahead of Bathurst.

This car was fielded by the HDT for Brock in the 1981 ATCC and John Harvey/Vern Schuppan in that year’s Bathurst 1000 before being sold and finishing the Group C era in the hands of privateer Jim Keogh.

It was then bought and sold a number of times before being converted into an AUSCAR for racing on the Calder Park Thunderdome, where it was destroyed in a crash in the mid-1990s. 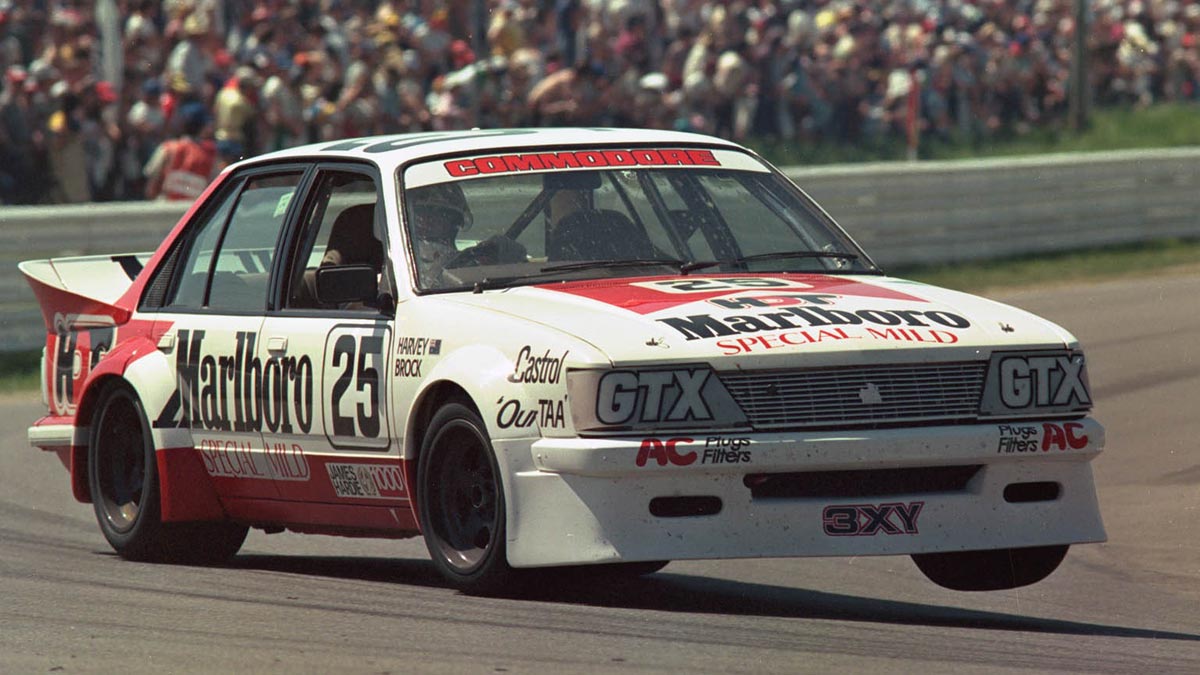 One of just two cars in history to win multiple Bathurst 1000s, this Commodore was driven to victory by Brock and co-driver Larry Perkins in both 1982 and ’83.

The car was new for the 1982 endurance races and then used by Brock during the 1983 ATCC, before becoming the #25 Harvey/Phil Brock car for Bathurst, which Brock/Perkins took over when their own failed.

It made one last Bathurst 1000 start in 1984 with new owner Andrew Harris and co-driver Ron Harrop and was eventually sold to a collector and returned to its ’82 Bathurst livery, but retaining the ’83-style bodywork.

The car appeared at the Goodwood Festival of Speed in England and various events in Australia in that guise, was part of the auction of Brock cars on the eve of the 2018 Bathurst 1000 and is now being fully restored to its 1982 specifications. 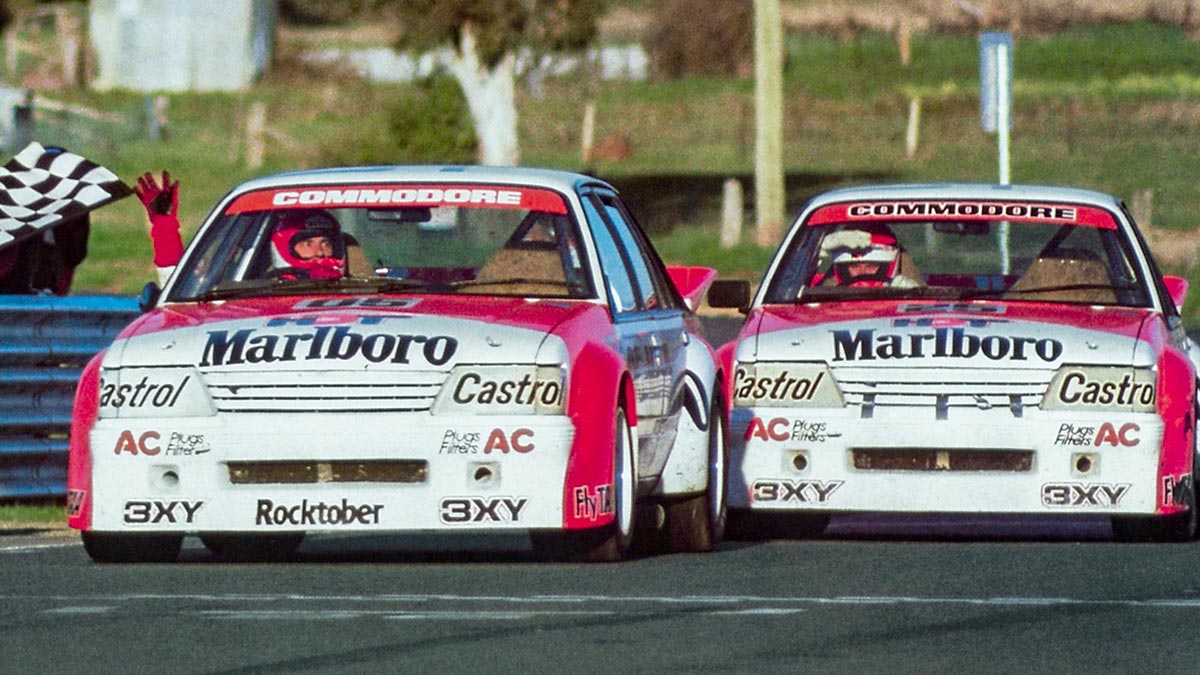 The zenith of Australia’s Group C touring car era, this car was one of two VK Commodores built by the HDT for the 1984 endurance races and dubbed ‘Big Bangers’ by Brock’s PR team.

Brock and Perkins sealed a hat-trick of Bathurst wins with a famous one-two finish ahead of the team’s #25 car crewed by John Harvey/David Parsons.

Wins in the Sandown and Surfers Paradise endurance races either side of Bathurst underlined this car’s greatness, while Brock finished second in its fourth and final outing, the Australian GP support race at Calder.

With the Group C era at an end the car was then returned to Bathurst for display in the National Motor Racing Museum, where it remains to this day. 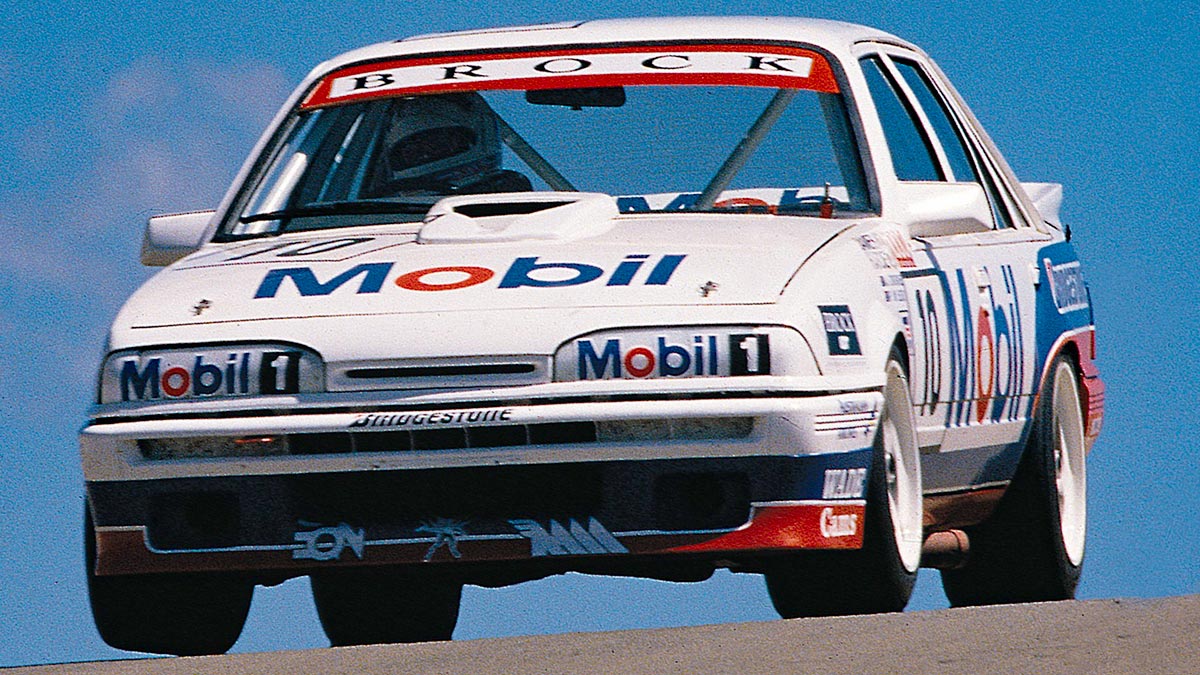 This car was Brock’s most unlikely Bathurst winner. Built in a year where Brock had fallen out with Holden over the infamous ‘Polarizer’ saga, it was taken to the Mountain as the team’s unfavoured second car.

As history shows, Brock’s #05 car retired with engine failure, and he and David Parsons took over the #10 Peter McLeod/Jon Crooke entry and eventually won after the disqualification of the Eggenberger Sierras.

The car was campaigned by the Mobil team in three more events to round out 1987 before it was sold to privateer Chris Lambden and raced in Beaurepaires colours, upgraded to fuel-injected ‘Walkinshaw’ form.

After a later stint in club racing, it was bought by David Bowden in 2003 and fully restored. In 2017 it was purchased by US-based Australian Kenny Habul, who now has the car at his company’s HQ in North Carolina.