Russell Ingall raced two of the V8 Supercars' biggest races with one of pit lane’s most recognised teams last year and believes the Holden Racing Team is on track for more results as it downsizes for the 2016 season.

Before that, he spend two seasons racing in the Walkinshaw group alongside current stars and former champions James Courtney and Garth Tander and believes both are brilliant racers – capable of more than we have seen in recent years.

In part three of his series with v8supercars.com.au, two-time Bathurst winner, 2005 champion and FOX Sports expert commentator Russell Ingall explains why HRT could be the ones to take it to Triple Eight this year, if they play their cards right. 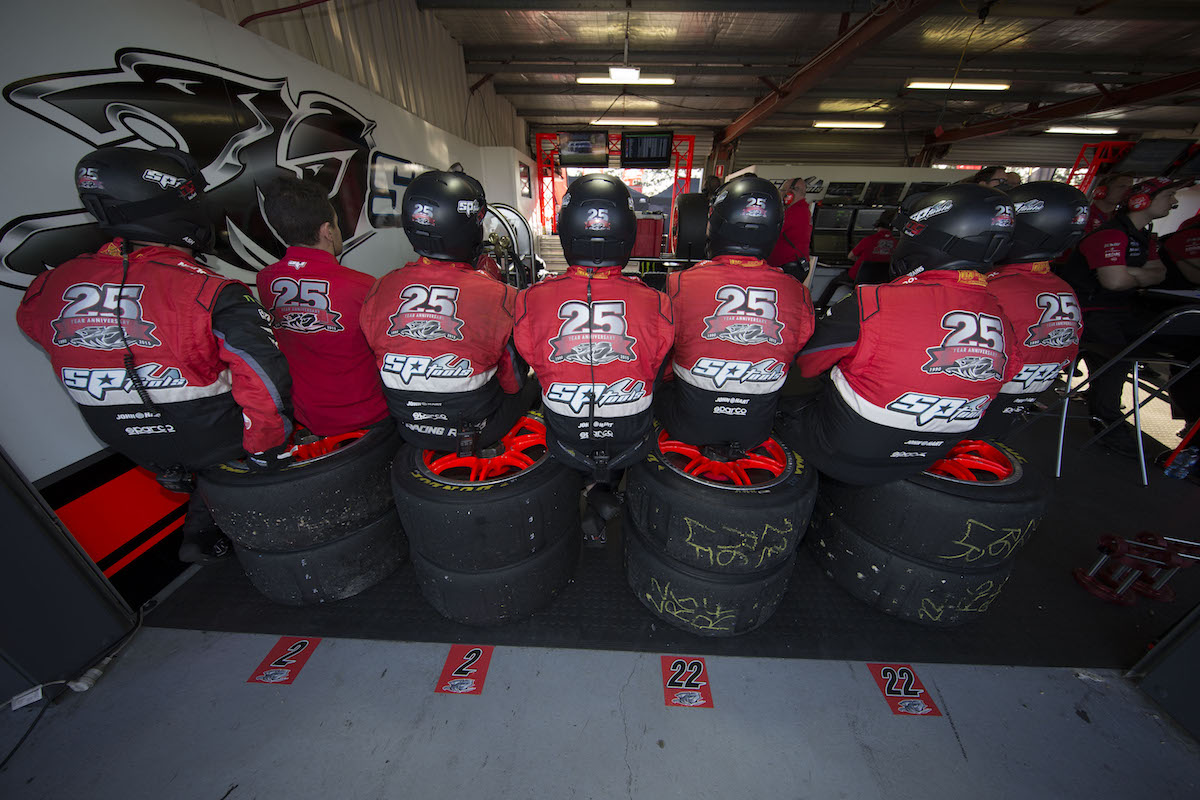 It’s a make or break year for the factory Holden squad, in need of an improvement in results as it reduces to two cars.

Ingall points out the team is shrinking while competitor Triple Eight grows to a third car, and emphasised the significance of a downsize of this scale.

“After having spent some time there, I personally think it is the right move,” Ingall told v8supercars.com.au.

“I know there's always financial reasons … but that aside, if you look at team structure, I think going back to those two cars is the right thing to do.

“It's tidier, you have a lot more focus with the cars and drivers. I don't think there are any downsides.”

One thing that surprised Ingall racing for HRT last year was the magnitude of support for the team.

“The supporter base is massive – It actually blew me away when I was driving those two races, how big and loyal their support base is.

“I think from a fan perspective as well, focusing on those two cars they can build on that ... commercially, as well as being competitive, I think it's the right thing to do – and at the right time.

“I think the pace of the cars is better, I think they're starting to understand the cars more. Now's a big opportunity – and they have to perform.”

Never shy to tell it how it is, Ingall commended HRT’s ‘no excuses’ approach moving forward. Courtney’s accident sidelined him for three races and put him out of contention for the title last year, but Ingall doesn’t believe that made a difference overall.

“As they’ve quite publicly said, excuse time is over. We've gone through that rebuilding phase and all the rest of it – they had to perform and last year the performance still wasn't good enough, they didn't have enough car speed.

The Enforcer emphasised the team must be a consistent performer across the whole season – but his words weren’t all critical.

“I think there's just – each year something lacks.

“I felt the cars last year – at certain stages, they are very, very quick. But it's understanding how you get that speed and repeating it.

“I think the biggest thing with any race team is the ability to repeat that speed not only at the track you're at, but every other track as well. That’s easier said than done, mind you – that's the secret of motor racing.”

This year is their best shot, Ingall says, offering a small piece of advice.

“Come out hard, come out fast and keep that momentum going. As they've said, don't just be a street circuit team, they've got to be good everywhere.” 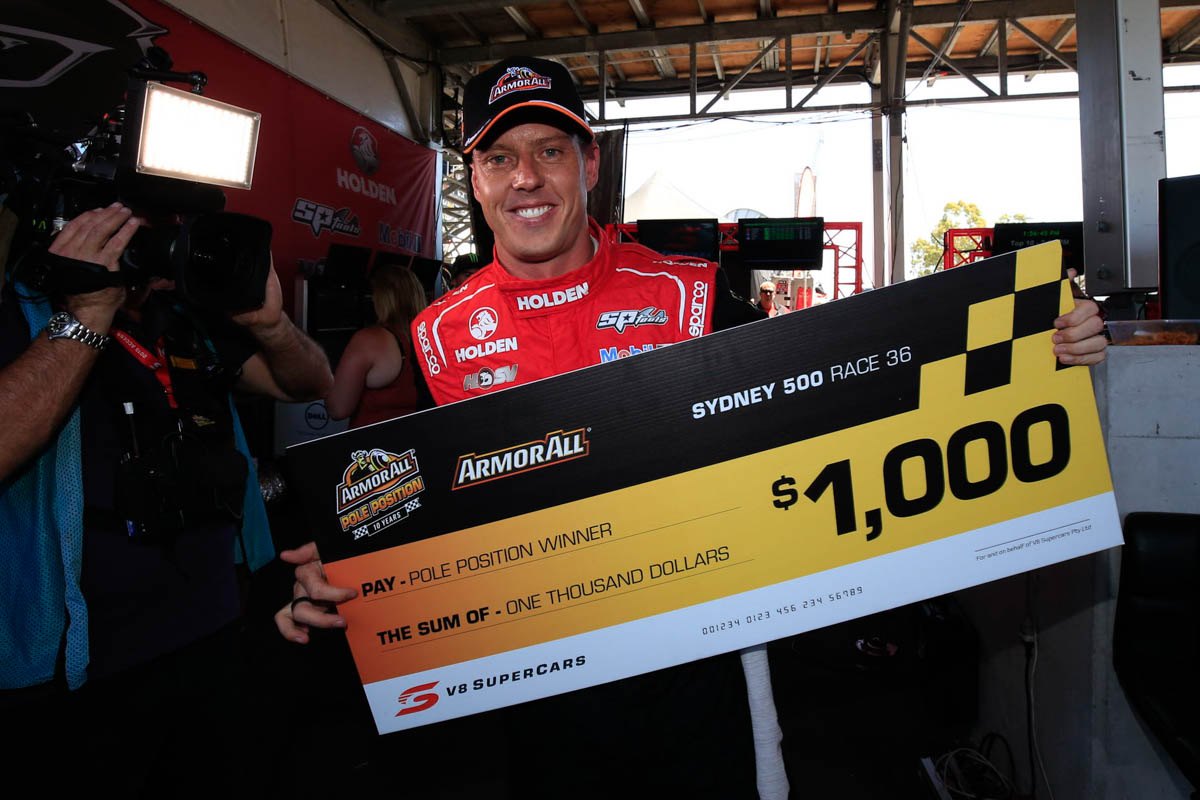 Given Courtney’s efforts overseas as well as in V8 Supercars, Ingall easily rates him as one of the best in the category and believes the 2010 champ is the driver most likely to take it to Triple Eight this year.

“He’s won the championship [and with his] goals and results overseas, in my books he's definitely talented,” he said.

“A lot of people forget he did make it all the way to Formula One testing … you don't get to those sort of positions by fluke, and you don't do it by money, he did it purely on talent. That's why I tend to put James around the top three drivers, talent-wise.”

“Sometimes I question his focus because he likes having a good time with his racing. There's nothing wrong with that, you've got to enjoy what you do as well, but sometimes he needs to knuckle down a bit more,” the FOX Sports commentator said.

“[He needs to] really concentrate in the lead up to every event, because I think he's going have the car to perform this year – where I don't think they had before.

“I don't believe it's been all James’ fault the results haven't come over the years. You can be the best driver in the world, if you haven't got the car under you, in the current climate of V8 Supercars, you're not going to win.

“I think once they give him what he needs and they focus on that, he's definitely going to be a strong challenger – so I still put him down as a championship contender.”

Given the high-pressure circumstances of Courtney’s championship win with DJR in 2010, battling head to head with Triple Eight at Homebush, Ingall knows Courtney has it in him.

“Everyone would remember that last round – it was a nail-biter right up to the end. He came out on top of that one and I think he's got that mindset of knowing how to win a championship … all he needs now is the car under him.”

Ingall has a lot of faith in Courtney and believes he could upset Roland Dane’s squad this year.

“He will probably be one of the more consistent ones, I believe, to take it to the three Triple Eight drivers … but he has to focus, he has to keep the focus on the job from Adelaide right through to the end. If he does that I think he might see his name again on the trophy.” 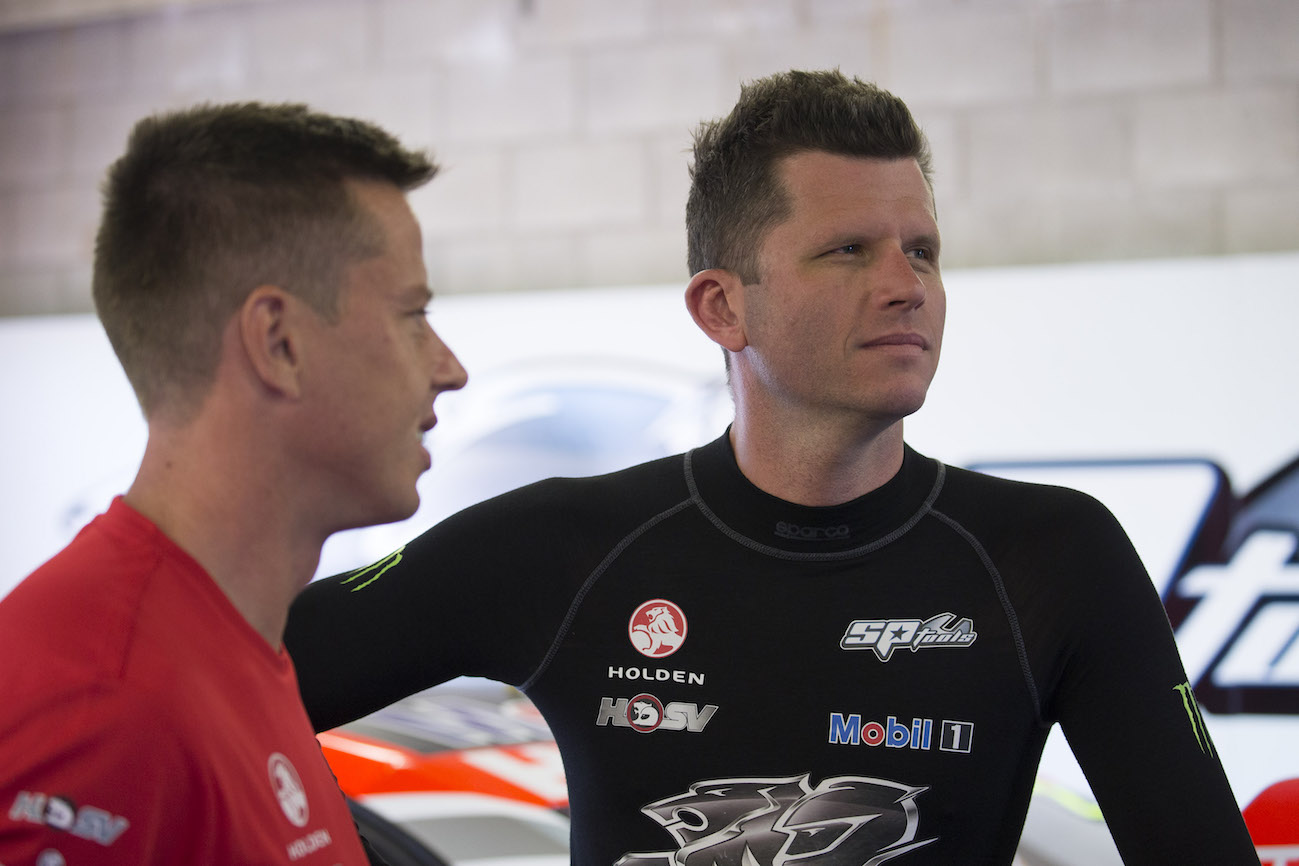 The 2007 champion can’t be accused of failing to focus on the job.

“He doesn't worry about who he upsets, both on and off the track, and is one of the strongest, if not the strongest, racer in the field,” The Enforcer said.

“Last year, through pretty average qualifying, he easily passed more cars than any other driver on the grid – easily. Mostly on the first two laps.”

But, as Ingall noted with Craig Lowndes, Tander needs to improve his qualifying so the pressure isn’t on to pass so many cars on track.

“When we used to have shootouts at most rounds, he was a one lapper, he could always put it in. For some reason, that seems to have disappeared.

“I think it's one of those things that when you get a bad run like that, it starts getting in your head. You start focusing too much on it instead of it just coming naturally, and it doesn't get any better.

“Unless that comes back, it's going to hurt him again in the championship, because you can't qualify in 15th, 13th and down there – because no matter how good a racer you are, by the time you get through the field on a good day, you may get fifth.”

Ingall offered some insight into the Tander he has seen at the circuit over the years.

“He’s got to stop racing his teammates. Garth's biggest thing is, ‘you've got to finish in front of your teammates’. Don't worry about your teammates – start concentrating on finishing in front of everyone else as well.

“I know motor racing is about psyching out drivers and the psychological side of it, but sometimes eventually you've got to go, ‘I'm going to go fast and win races, and that will get me the results’.”

While he places Tander slightly below Courtney on the list of contenders, Ingall could not fault the #2 driver’s aggressive racing.

“There's a little bit of work I think for the boy – but make no mistake, I'm taking nothing away from his racing.

“Like I said, he's probably one of the best racers in the field – if we had reverse grid races, he'd probably win the championship. But unfortunately she's a qualifying championship, so he’s got to get that sorted.”

What do you think of HRT and its chances this year? Comment below and click here for Ingall’s assessment of Triple Eight, and here for Prodrive. Stay tuned for the FOX Sports commentator’s next choice next week.