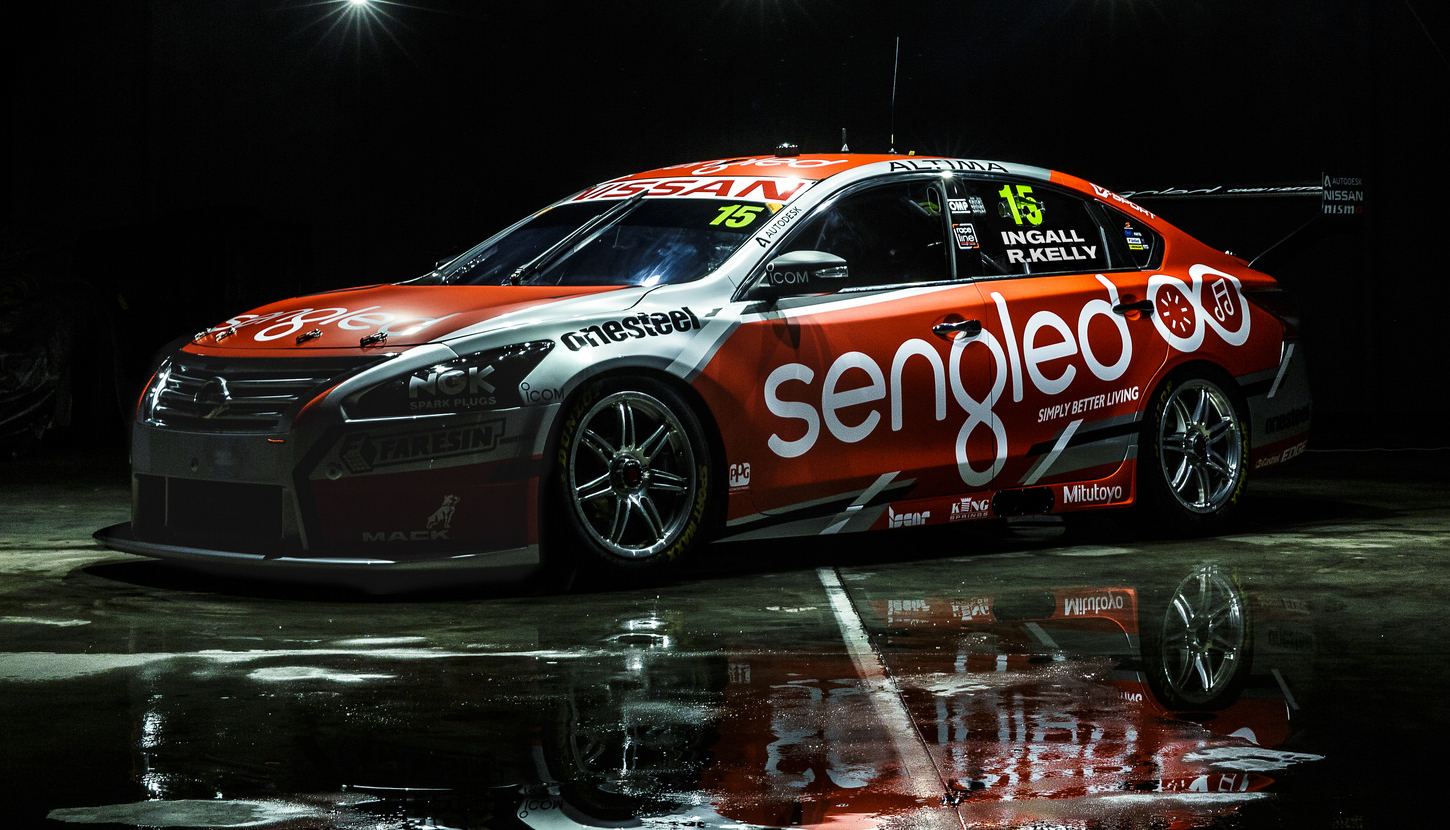 Following a successful initial test at Winton last week, the experienced campaigner will race the #15 Sengled Racing Altima for the Sandown, Bathurst, and Gold Coast events that comprise the Pirtek Enduro Cup.

The newly announced partnership will feature four Bathurst wins and two Championship titles between the duo, with the intent of adding further silverware later this year.

“The endurance season is a critical time in the championship,” explains Kelly.

“You need to have someone in your car that’s rock solid, someone where you can sit back and know that they’re going to do a great job. Russell is a very fierce racer and someone who will be very solid from that point of view. Russell will be a huge asset to the team in terms of driving and also in just talking to us about where we’re at with the team at the moment.”

Ingall’s first experience behind the wheel of the Altima Supercar left a positive impact on the team, as Kelly recalls.

“Coming away from the most recent test day his ability was out there for everyone to see.

"His capability to adapt to the car and gel with the guys was quite remarkable, so from that point of view it leaves us very excited for the endurance races to come.”

With 250 event starts and race wins across multiple marques, Kelly believes Ingall’s insights will be as valuable as his speed.

“It’s very exciting for not just myself to have Russell in my car, but also Todd and I to have him in the team.

"We’ve raced against Russell since the start of our careers in V8 Supercars and had some fantastic battles. It’s great to have Russell as a part of the team rather than as part of our opposition. He is a hard but fair racer and a great asset.”

After years of being on-track rivals, Russell Ingall joins the Kelly brothers’ Nissan squad at an exciting time.

“People sometimes forget how long Rick and Todd have been in this game and been involved in the industry and supported the industry as team owners," states Ingall.

“They’ve built possibly one of the best teams in the country and I don’t think they get enough credit for that sometimes. That’s what motor sport is all about: pushing the boundaries, building faster cars and better facilities.”

The deal for the FOX SPORTS commentator was struck up even before the end of the Winton test, as Ingall recalls: “It was half way through the day after the second run that it was confirmed in everyone’s mind that let’s do a deal. Rick came up to me and said, ‘What do you think?’ I liked the car and felt comfortable in it. I got up to speed relatively easily without hanging the thing off the wall, and that was basically it.

"It was a handshake then and there, as easy as that.

"We’ve known each other and raced against each other for a number of years, I think we’ve got mutual respect for each other inside and outside the car. It’s great to be able to join forces in the three biggest events in the year and with a genuine chance at coming out with getting a result as well."