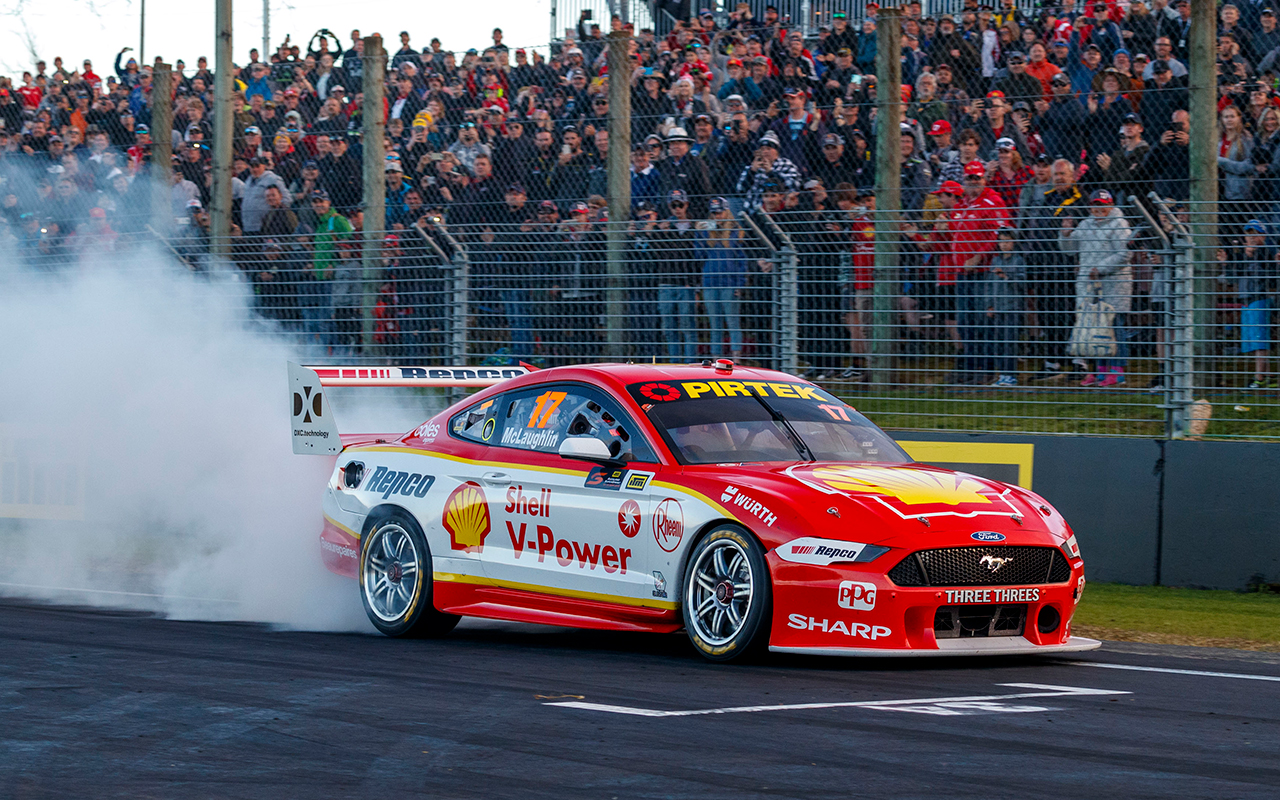 The ITM Auckland SuperSprint provided no shortage of drama and controversy in 2019.

Scott McLaughlin took a record win on Sunday, but it was another red Mustang that had people talking.

An early Safety Car turned the race on its head, kick-starting a series of events that would take almost a week to unravel.

Much has already been said and written about the Sunday Safety Car intervention, which took place as the first round of stops were unfolding.

Put simply, the Safety Car was deployed in front of Jamie Whincup, who having pitted early was not the leader, forever changing the race.

Whincup then elected to overtake the Safety Car despite its orange lights being on - a clear breach of the rules for which he was given a drive-through penalty.

Those who waited behind the Safety Car - most notably Lee Holdsworth, Cameron Waters, Fabian Coulthard and Will Davison - suffered dearly.

Affected drivers and teams were livid with the outcome, while race control simply pointed to the rule book, which allows them to dispatch the Safety Car anywhere in the field.

It was at best a messy scenario, which CAMS boss Eugene Arocca has subsequently pledged to oversee a full review of.

Whincup wasn’t in the mood to hold back on Sunday, be it behind the Safety Car or the microphone.

His post-race criticism of officials struck at the core of their competency and was not well received by CAMS.

A ‘please explain’ was issued to the driver on Monday and by Thursday, Arocca was publicly touting the possibility of a ban.

Ultimately, Arocca, Whincup and Supercars CEO Sean Seamer met and agreed to end the matter, with an apology accepted and no sanction handed down.

Whincup has though agreed to at some point see first-hand how CAMS officials operate in race control, to better understand their role.

Waters too was asked by CAMS to explain his post-race comments and also went unpunished after an apology was issued.

The aftermath of Saturday’s race had also been dominated by talk of a Whincup penalty; dumped from second to sixth by a post-race time penalty for a clash with Nick Percat.

But for all of Whincup’s dramas, it was a hugely encouraging weekend for the Red Bull Holden Racing Team at a critical time of the season.

On a weekend where all Holden teams rolled out newly granted aero upgrades in the hunt for parity, the Red Bull HRT was back on song.

The team tripled its 2019 pole tally in just one weekend, thanks to a stunning Saturday effort from Shane van Gisbergen that was duly backed up by Whincup on Sunday.

Van Gisbergen won the opener and was second on Sunday to take out the Jason Richards Trophy - a clearly emotional success for the proud Kiwi.

Regardless of the parity debate, the factory squad restored its place at the head of the Holden charge, putting to rest claims it’s still struggling with 2019’s spring rules.

It was an all-too-familiar sight on a Sunday afternoon - Scott McLaughlin celebrating victory for the 17th time this season.

The achievement marked an all-time wins-in-a-season record and leaves the defending champion with a staggering 598-point lead heading into Bathurst.

But in truth it wasn’t an easy weekend for McLaughlin, who for the first time since his DJR Team Penske debut in March 2017, was out-qualified by teammate Coulthard for a full weekend.

Such has been his 2019 form, sixth on the Saturday grid was a season-worst, while fourth in the race was deemed lacklustre.

While the timing of the form slump raised eyebrows, the mixture of illness, wet weather and an engine problem on Friday had put McLaughlin on the back foot.

A high-speed spin in Sunday qualifying proved he was trying hard, while a win - albeit with a splash of fortune - later in the day showed champions don’t stay down for long.

Ramping up the pressure on the Shell team early in the weekend at Pukekohe was the speed of the Tickford Mustangs.

Having edged closer to their rivals at The Bend, Tickford completed a unique hat-trick by topping the three practice sessions with three different drivers.

The team took two of the top three spots on the grid for both races, but ultimately had just one driver on the podium each day - Waters second Saturday and Chaz Mostert third Sunday.

Saturday was somewhat of an own goal - Waters and Mostert having clashed while battling for what would be second late in the contest.

On Sunday, the team was heavily hit by the Safety Car drama, having gambled on an early stop with three of its cars, including front-row starter Lee Holdsworth.

The frustration at least came with the solace that the team has made genuine gains at the right time of the season, with multiple bullets in its Bathurst gun.