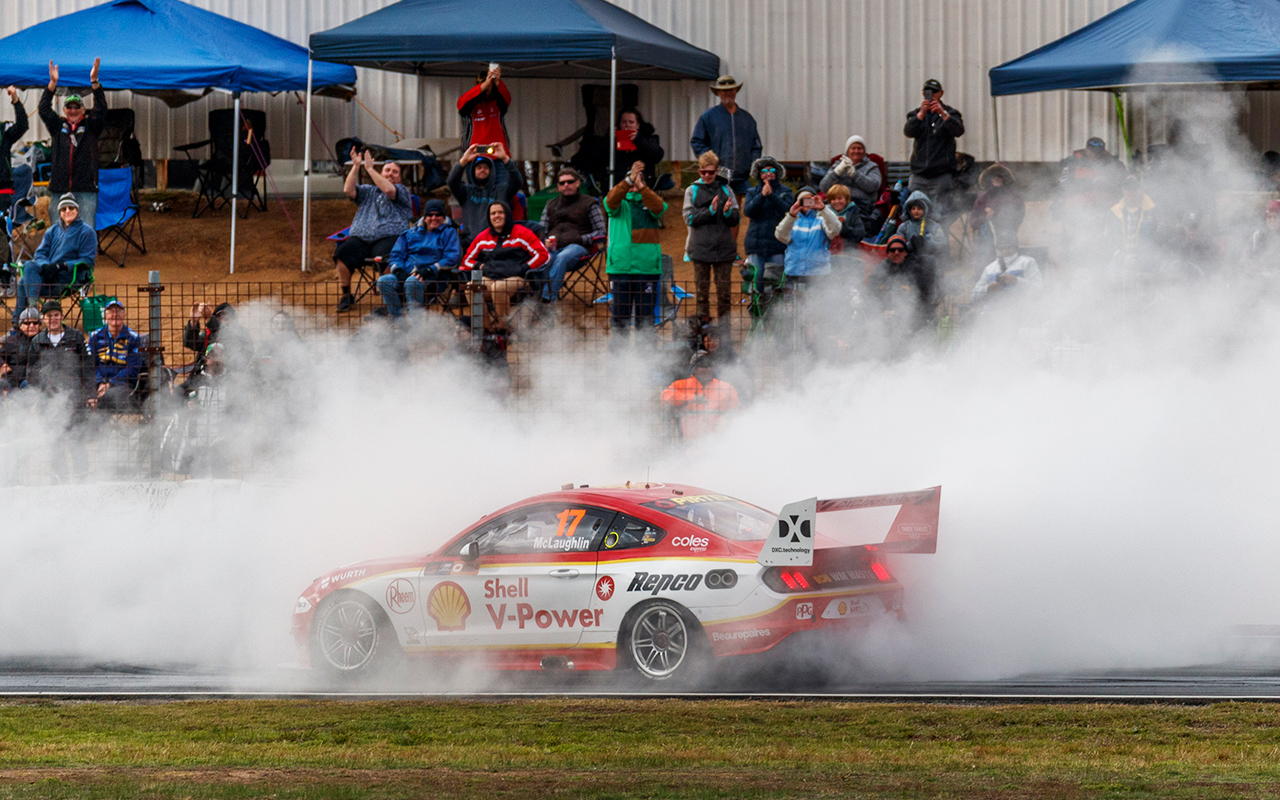 The history books will suggest the Truck Assist Winton SuperSprint was smooth sailing for Scott McLaughlin, who romped away to a pair of wins.

In reality it wasn’t quite so simple, with a manic opening lap of Saturday’s race providing more than one big talking point.

Supercars.com takes a closer look at the weekend that was.

On any other day, McLaughlin and team-mate Fabian Coulthard colliding at Turn 5 on the opening lap would have been the big story.

But it’s what happened directly afterwards that caused the most debate at Winton, as McLaughlin shortcut three corners and won the race anyway.

McLaughlin later claimed his actions were a matter of safety. Regardless, he broke no rules – a point he was keen to make later via Twitter.

He’d followed the rejoin guidelines given in the Winton drivers’ briefing and, by allowing two cars through when he made it back on track, ensued he gained no advantage.

However, the fact a driver could take such a shortcut without penalty appeared awkward at best, and did not sit well with many rivals.

Throwing further spotlight on the matter was the fact Coulthard scrambled back on at Turn 6 and fell to the back as a result, before receiving a time penalty for the incident itself.

The wash-up? Key stakeholders will review the rejoin rule and Winton infield, with tweaks likely for next year.

Although deemed in the wrong for the clash, Coulthard was angered by the aftermath, voicing his displeasure via team radio while taking his time penalty in the pits.

It was a big moment for the championship; McLaughlin gained 90 points on his closest rival in a single race.

Coulthard was a notable absentee from the Shell V-Power crew below the podium post-race, instead pulled aside by team boss Ryan Story to thrash out the situation.

Unlike McLaughlin, who ironically was later fined $250 for being late to the drivers’ briefing, Coulthard had misunderstood the rejoin rule, and had to accept fault.

All of this did not escape Roger Penske who, while busy with his team’s ultimately successful attempt at an 18th Indy 500 win, emailed both drivers post-race.

It had been the first real tangle between the team-mates, whose on-track battles are usually carefully managed by the clean-cut squad.

The return of JC

What was easily forgotten from the opening-lap madness on Saturday was that James Courtney was leading the race.

Walkinshaw Andretti United had endured a sluggish start to the campaign, moving backwards in the competitive order after a promising first year under its tri-party alliance.

Big changes were made ahead of Winton; co-team principal Mathew Nilsson and technical chief Carl Faux now working directly on the cars of Scott Pye and Courtney respectively.

Coupled with a pre-event test, the squad appeared to make a genuine gain, Courtney qualifying and finishing fourth on Saturday, with Pye also in the top 10.

Courtney had been unlucky to miss his first solo-driver race podium in more than 12 months, having been bumped out of an early lead by David Reynolds.

Sunday proved tougher going as both WAU Commodores battled in the mid-pack, leaving the jury well and truly out on whether the latest shake-up is the answer. 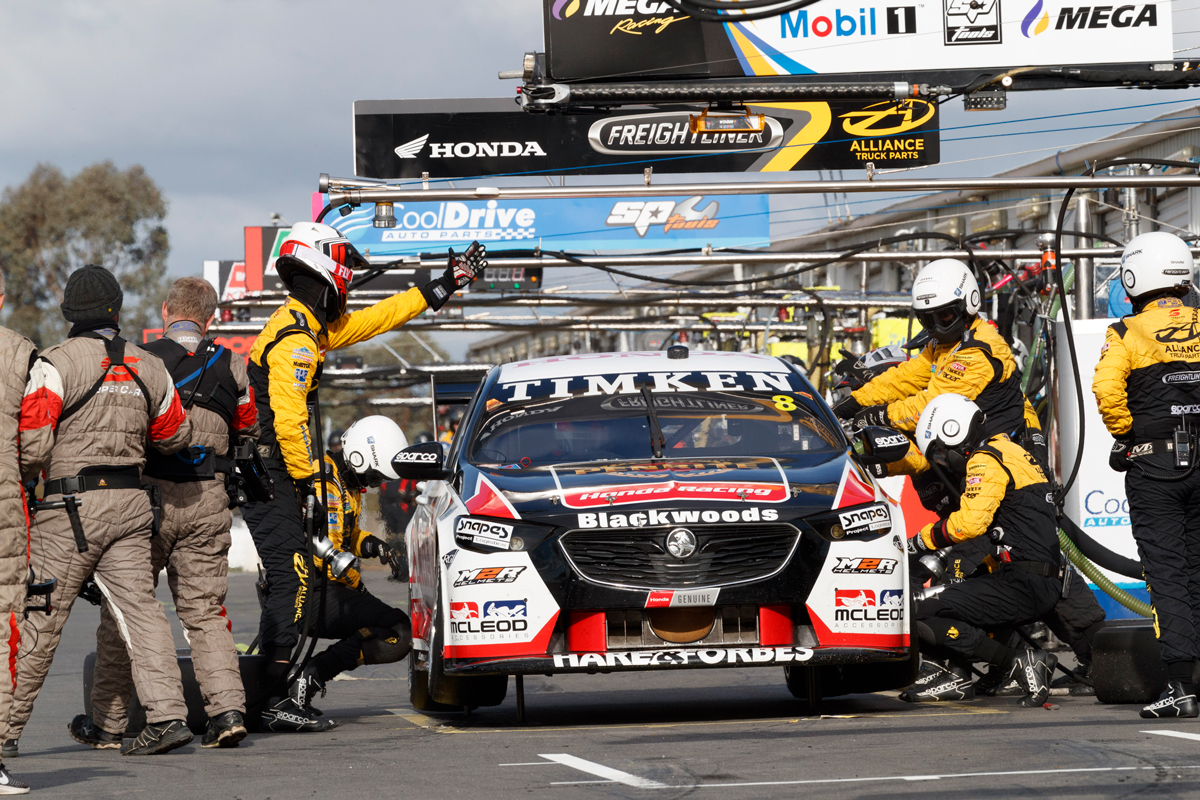 WAU and Penrite Racing both showed strong form off the back of their tests the previous week.

David Reynolds recorded a third and a fourth for Erebus, which he declared his team’s best weekend of the year to date, considering Winton’s history as their bogey track.

Garry Rogers Motorsport, Brad Jones Racing and Kelly Racing – albeit with a single car – had also tested the week prior, but endured largely tough runs.

Nick Percat quipped of an ‘understeer battle’ in qualifying with team-mate Tim Slade, leading the BJR quartet in both sessions, but failing to trouble the top 10.

His race car was clearly better, but just when a top five was on the cards on Sunday, a risky strategy call proved costly, much to Percat’s frustration.

At Kelly Racing, Garry Jacobson’s surprise Saturday Q3 run was arguably the highlight of a weekend that yielded a single top 10 finish, achieved by Andre Heimgartner in the opener. 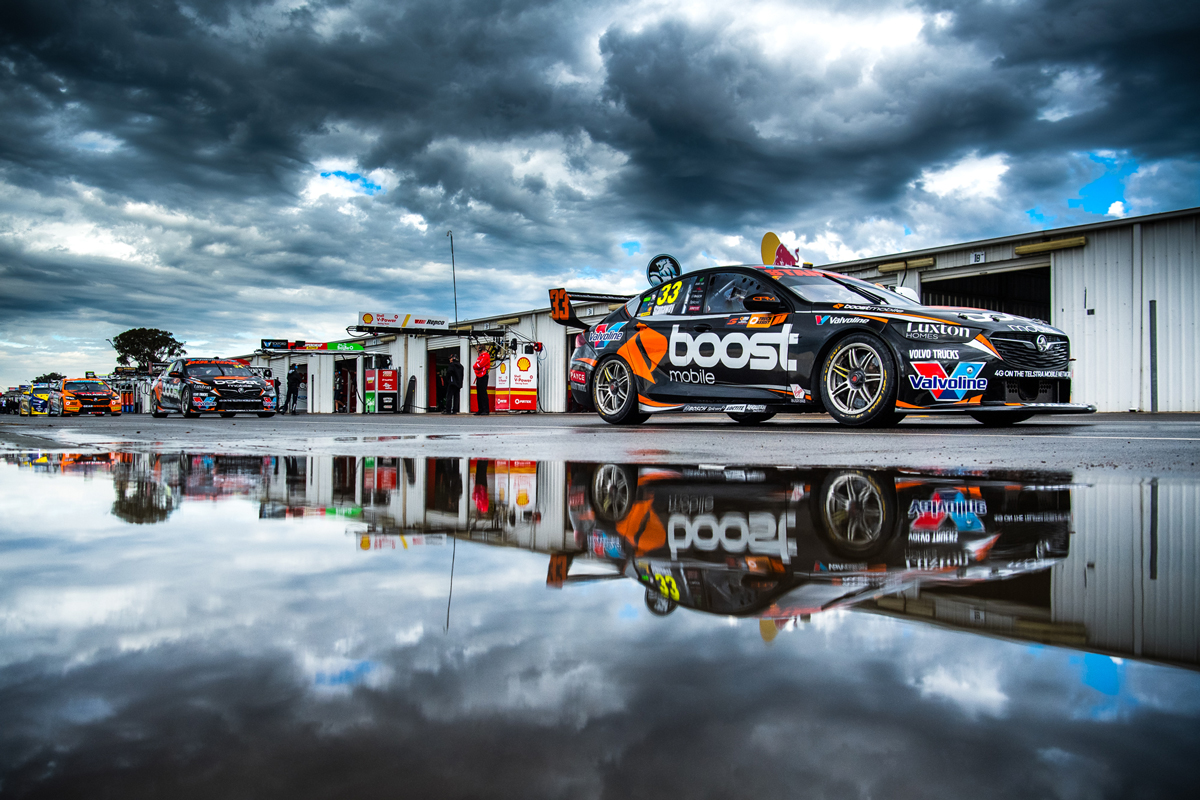 Despite having to abandon a test day the week prior, Garry Rogers Motorsport’s Richie Stanaway was confident neck pain would not hamper his Winton outing.

So much so that Chris Pither, attending to cut laps in the co-driver session, was not initially on standby, and the team had not even brought a physio to the track.

While the early wet laps on Saturday morning were fine, Stanaway soon struggled as it dried out, crashing towards the end of practice as he tried to rest his head against the seat.

He struggled through the opening race and had been hopeful of returning on Sunday, but a team meeting on Saturday evening resulted in a change of plan.

Enter Pither, who having not driven a single-driver Supercars Championship race since Homebush 2016, drove through from last to 14th, equalling the #33 entry’s best result of the season to date.

Subsequent scans this week have revealed the extent of Stanaway’s injury, which is not expected to prevent him from rejoining the field in Darwin next month.