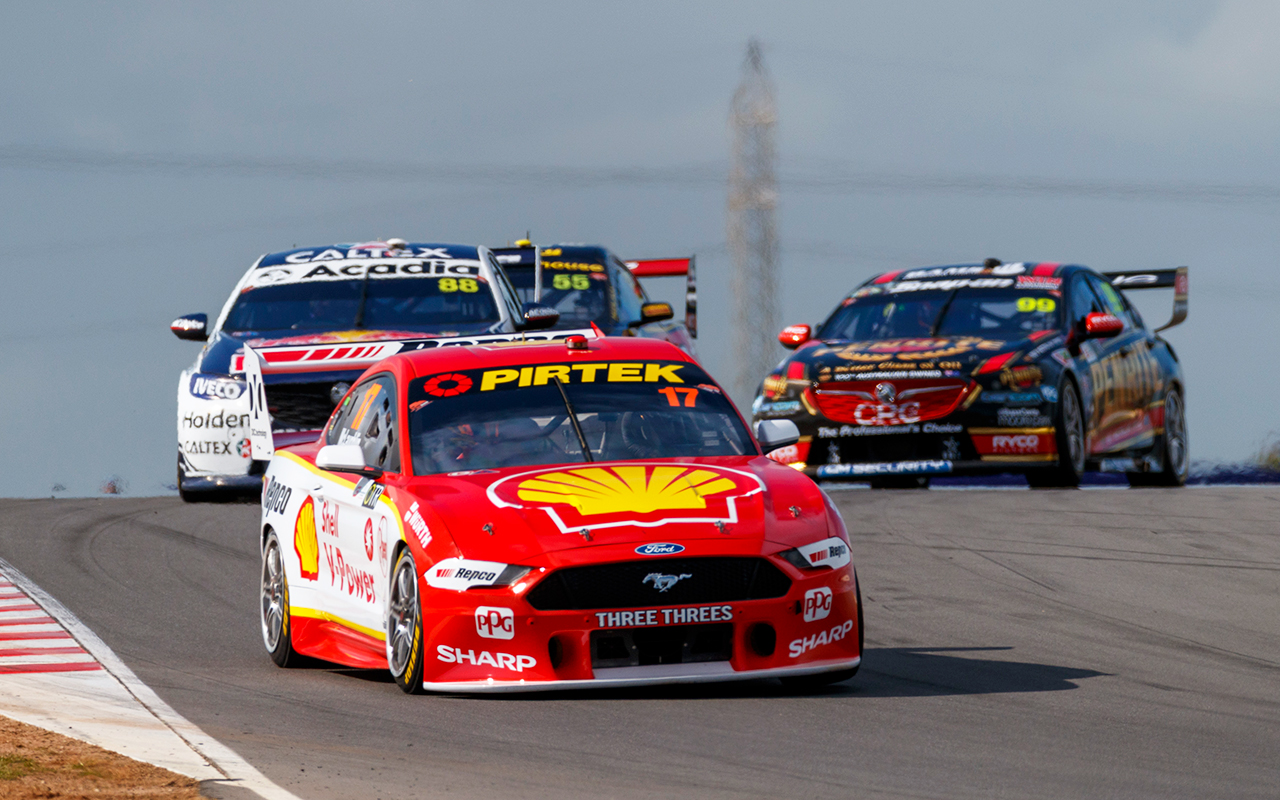 A 23-year-old record was matched as Scott McLaughlin continued his march towards back-to-back Supercars titles.

The second running of the OTR SuperSprint had a very different feel to the first, as the Mustangs flexed their muscles on the high-speed layout.

Supercars.com takes a look back at the key talking points from the weekend that was in South Australia.

What a difference a year makes for Supercars’ two heavyweight teams.

In 2018, The Bend was Scott McLaughlin and Shell V-Power Racing’s bogey circuit – the only single-driver event all season in which the eventual champion didn’t find the podium.

The Red Bull Holden Racing Team meanwhile dominated at the new venue, taking both wins and both ARMOR ALL Poles.

Fast-forward 12 months and, armed with a new Mustang, McLaughlin was unstoppable, romping to two victories to tie Craig Lowndes’ all-time wins in a season record from 1996.

And despite taking a win at each of the previous two events in Townsville and Ipswich, the Red Bull Holdens struggled from the outset and failed to find the podium on either day.

The Mustang’s prowess may account for some of that equation, but the factory Holden squad needs to start weekends closer to the mark than it did at The Bend to have any chance.

While Red Bull battled, Tickford Racing made sure McLaughlin didn’t have it all his own way, keeping the points leader honest on Saturday.

Chaz Mostert nabbed a fine pole when McLaughlin was unable to make a final run in Saturday qualifying due to a lack of fuel, and pushed him hard in the race.

So hard, in fact, that the duo pulled 25 seconds over the field, before the Supercheap Ford slowed on the final lap to conserve fuel.

Mostert wasn’t quite as sharp on Sunday, but still finished third, making it a double podium for Tickford behind team-mate Will Davison.

The Milwaukee Mustang driver bounced back from a horror Saturday to take a second podium in as many events, which may have been a victory if not for an engine glitch.

Recent races suggest Tickford is starting to unlock more speed from its Mustangs, which is a bad sign for the remainder of the field ahead of the enduros.

For the second consecutive event, McLaughlin’s team-mate Fabian Coulthard struggled for speed, recording 12th and 10th in the respective races.

It was a battle for which the Kiwi and the Shell team appeared to have few answers, and it cost Coulthard second in the standings to the surging Mostert.

McLaughlin’s now enormous 573-point lead effectively means the rest are racing for second, despite there still being 1,500 points still up for grabs across five events.

Coulthard had been second in the standings since the eighth race of the season at Symmons Plains in April, but his recent form simply won’t deliver the Shell team the one-two it wants. 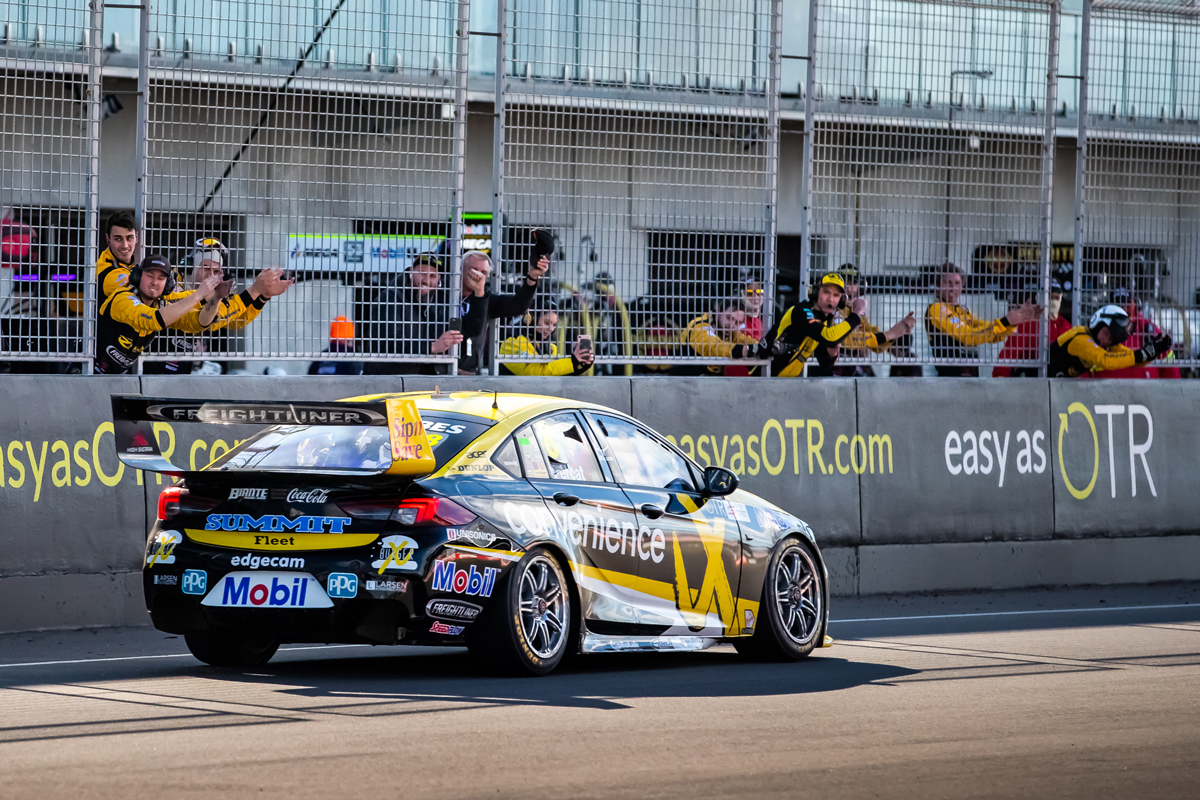 Behind the leading Mustangs, there were a handful of fine efforts rewarded at Tailem Bend.

Anton De Pasquale scored his second podium of the season on Saturday and, while he may not have even been able to see the leaders, best-of-the-rest was a worthy accolade.

The second-year driver had the measure of team-mate David Reynolds all weekend; a poorly-timed slump on the 2017 Bathurst winner’s part as he negotiates a 2020 deal.

Elsewhere on Saturday, Mark Winterbottom and Andre Heimgartner were also worthy of praise; the former equalling his season-best and the latter giving Kelly Racing some hope.

The comeback king of the weekend though was Nick Percat, who took a season-best fourth as the top Holden on Sunday, rescuing what initially looked a disaster for Brad Jones Racing.

At what was a strong circuit for the team in 2018, all four BJR entries were eliminated in Q1 on Saturday, as the drivers struggled for car balance.

Debutant Thomas Randle was also among the weekend's headlines; making the most of his tyre bank to be top 10 on Friday before scoring a pair of 17ths in the races. 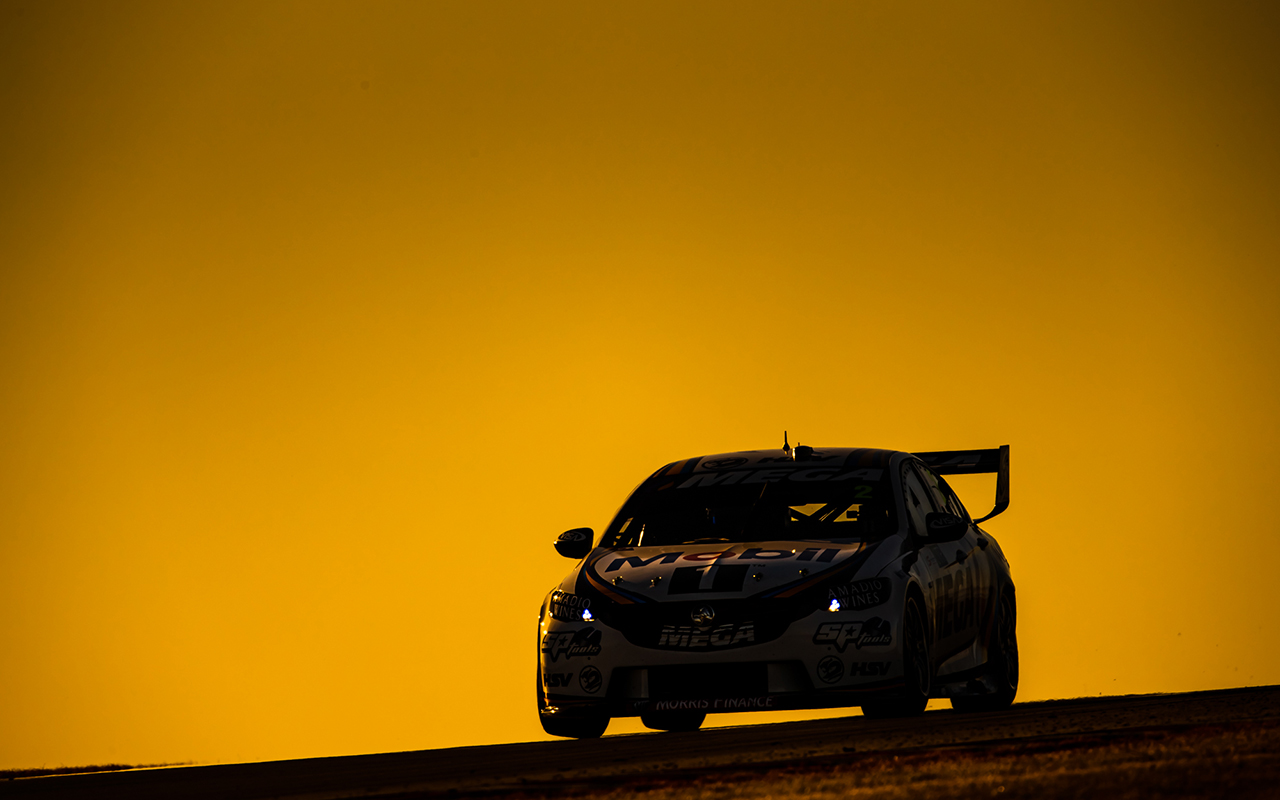 While most of the key teams had something to hang their hat on at the end of the weekend, it was hard to see the positives for Walkinshaw Andretti United.

The team’s cars looked ugly on track from the outset of practice, and Sunday’s race ended with James Courtney 15th and Scott Pye 16th.

Pye didn’t hold back post-race, telling the television broadcast that the team needs to “go back to the drawing board again and throw it all out and start again."

It was a blunt assessment borne out of understandable frustration. Eighteen months into the WAU alliance, 12th in points for Courtney and 16th for Pye makes for difficult reading.

The team is already in the middle of a rebuild of sorts as it plans for 2020, and confirmation directly after The Bend that Courtney will move on after nine seasons was big news.

He arrived in 2011 as the reigning champion looking to return to the team to its former glory, but leaves it with the summit appearing further away than ever.