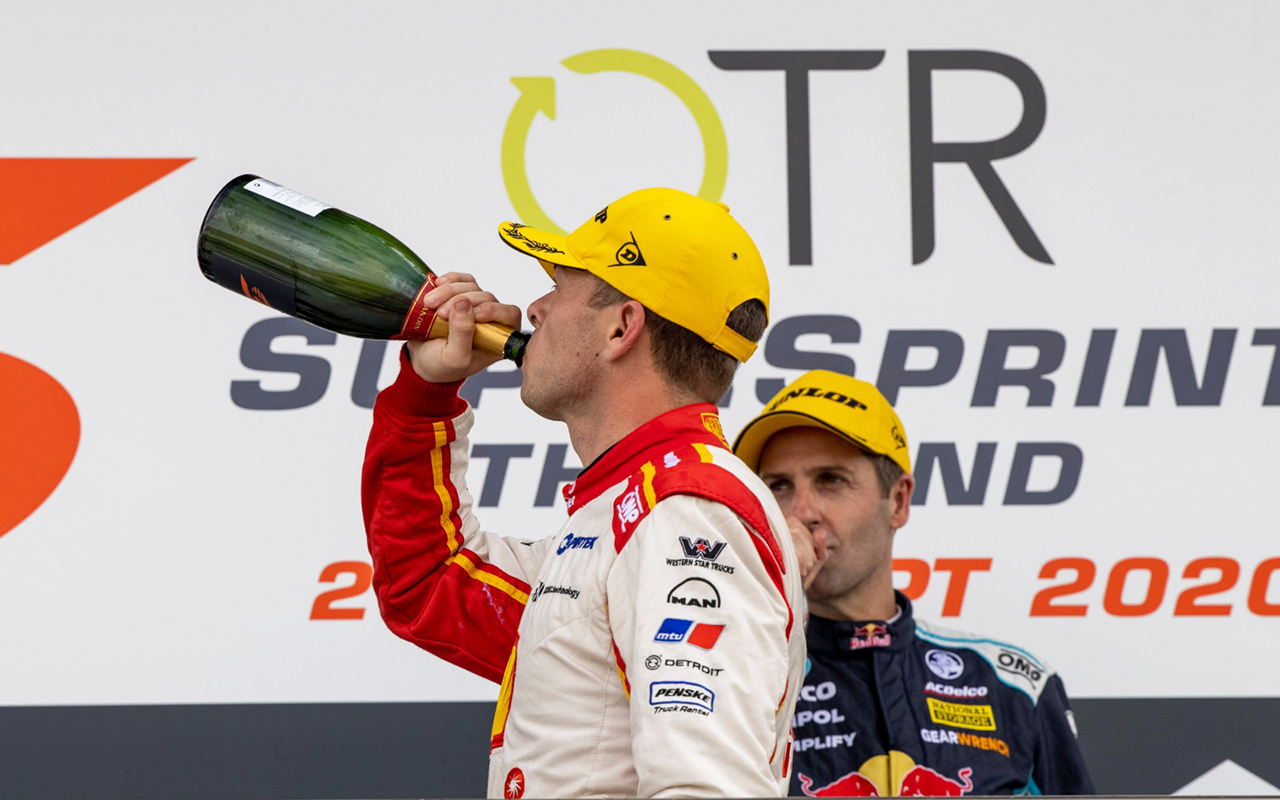 The Bend’s double-dose of Supercars provided plenty of talking points. As the championship turns its attention to Bathurst, we unravel the action from South Australia. 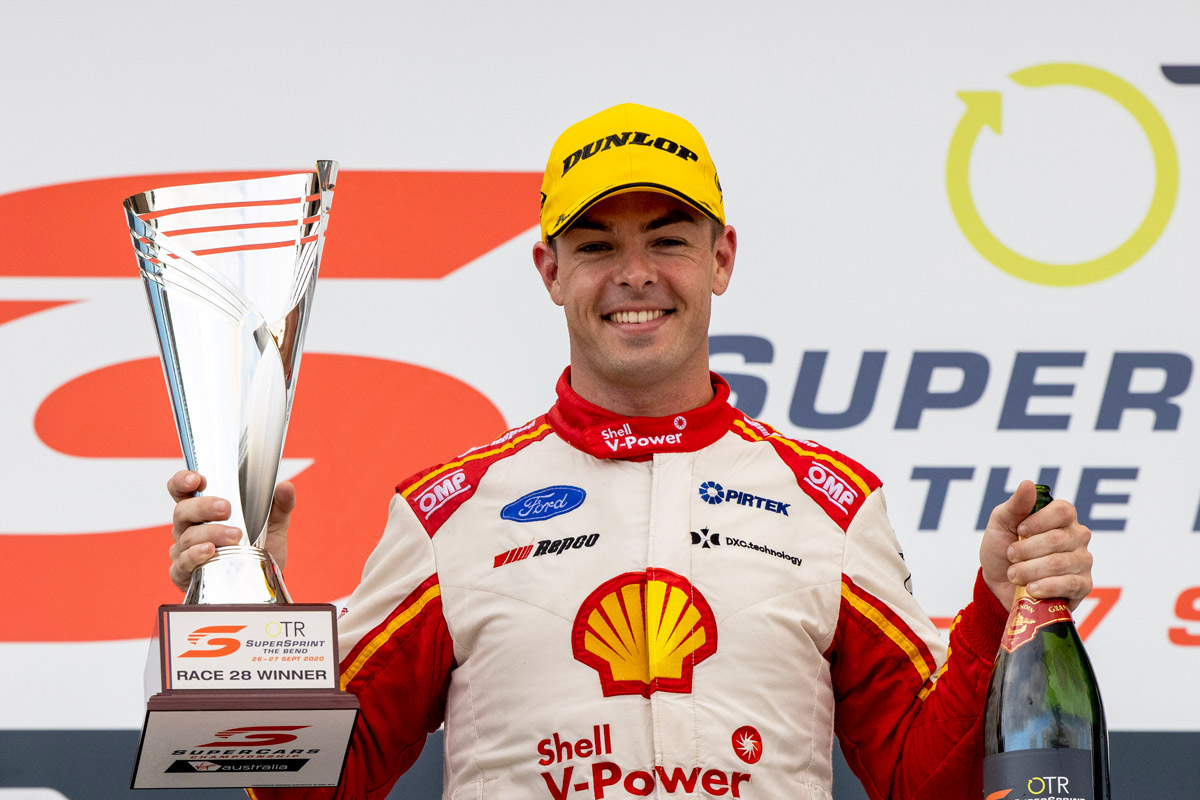 Scott McLaughlin wasted no time in declaring his third straight Supercars title his best yet. And his reasons were pretty compelling.

Not too long ago, there was doubt whether Supercars – as with most sports around the globe – could complete a season at all.

With borders closing and calendars being cut and shut to suit, crowning a champion – let alone a worthy one – seemed a world away.

But rather than one to forget, the season has been very much unforgettable. Eight events in three months has been an achievement to simply complete, forget about succeed in.

So for McLaughlin to wrap up the title with one of the 10 events still remaining, and win a race at every single one of them held to date, is extraordinary.

And perhaps most satisfying of all for McLaughlin has been the silencing of the critics who were so vocal during his runaway success in 2019.

Supercars went to unprecedented lengths to ensure parity between the Mustang and the Commodore over the off-season, and the pacesetter has remained the same.

The only big difference was the celebration. The post-Bathurst controversy last November made for a subdued atmosphere when McLaughlin secured the crown at Sandown.

This year after The Bend, McLaughlin didn’t even make it to the airport in time for his flight home on Monday morning…

If this really is McLaughlin’s last season in Supercars before moving to IndyCar in the USA, it’s been a hell of a way to go out.

A note on the GOAT 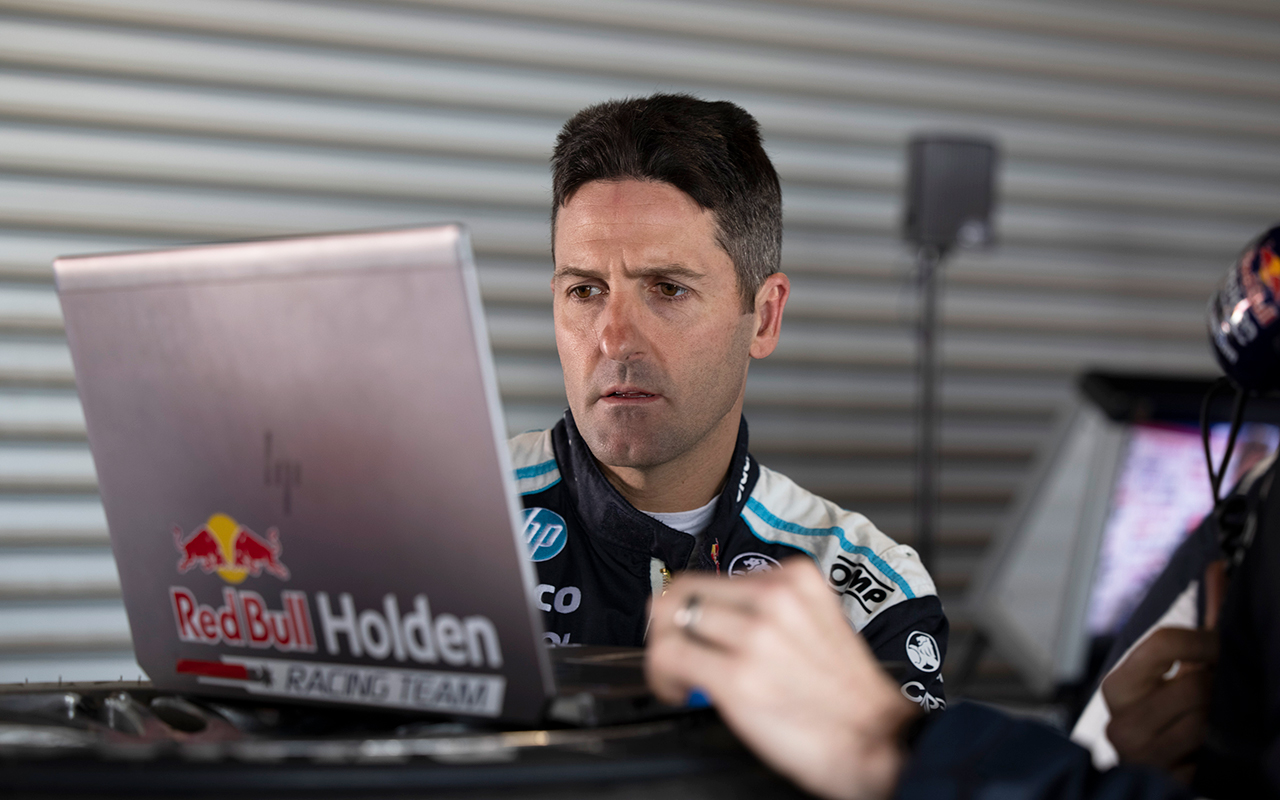 As good as McLaughlin has been this year, he should not have been able to wrap up the title at The Bend. Whincup and Triple Eight teased us this season and then ultimately failed to deliver.

After a stunning second half of 2019, Triple Eight had come out of the blocks as the team to beat, lacked consistency after the resumption of racing, but seemed back to their best by Townsville.

Just 143 points had separated McLaughlin and Whincup heading to The Bend for the first weekend of the double-header, seemingly setting the stage for a down-to-the-wire title fight.

But tallying up what went right for Triple Eight at The Bend might be easier than listing what went wrong.

A botched pass from Whincup on McLaughlin in the first race, blistering tyres, bungled pitstops, a sloppy Shootout lap… it was all very much below the Holden squad’s usual standards.

Shane van Gisbergen too was not the factor that Townsville suggested he’d be. It was a two-versus-one battle at the second Bend event, but not in the way Whincup had imagined…

All though is not lost. A win at Bathurst can still redeem a frustrating season. And as they send off Holden’s official presence and possibly that of rival McLaughlin, there’s still a lot to play for.

It may have been overshadowed by McLaughlin’s title, but winning the final race at The Bend was a huge moment for Cameron Waters.

He entered 2020 under a fair bit of pressure. He’d been a quiet achiever in his first four seasons at Tickford – steadily improving, but needing to step up as team leader after Chaz Mostert’s exit.

Waters has been quick and fairly consistent throughout the season, scoring a string of podiums and leading the fight for third in the championship, but without a win a key piece remained missing.

Seeing the likes of Nick Percat, teammate Jack Le Brocq and Anton De Pasquale score wins earlier this year while he remained without one can’t have been easy.

But, in his own words, the monkey is now off his back, and Waters is a red-hot contender for Bathurst, where co-driver Will Davison is undoubtedly a trump card.

If Tickford – or any of the other Victorian teams who have spent months on the road this year – can win Bathurst, it’ll be a fairytale story. 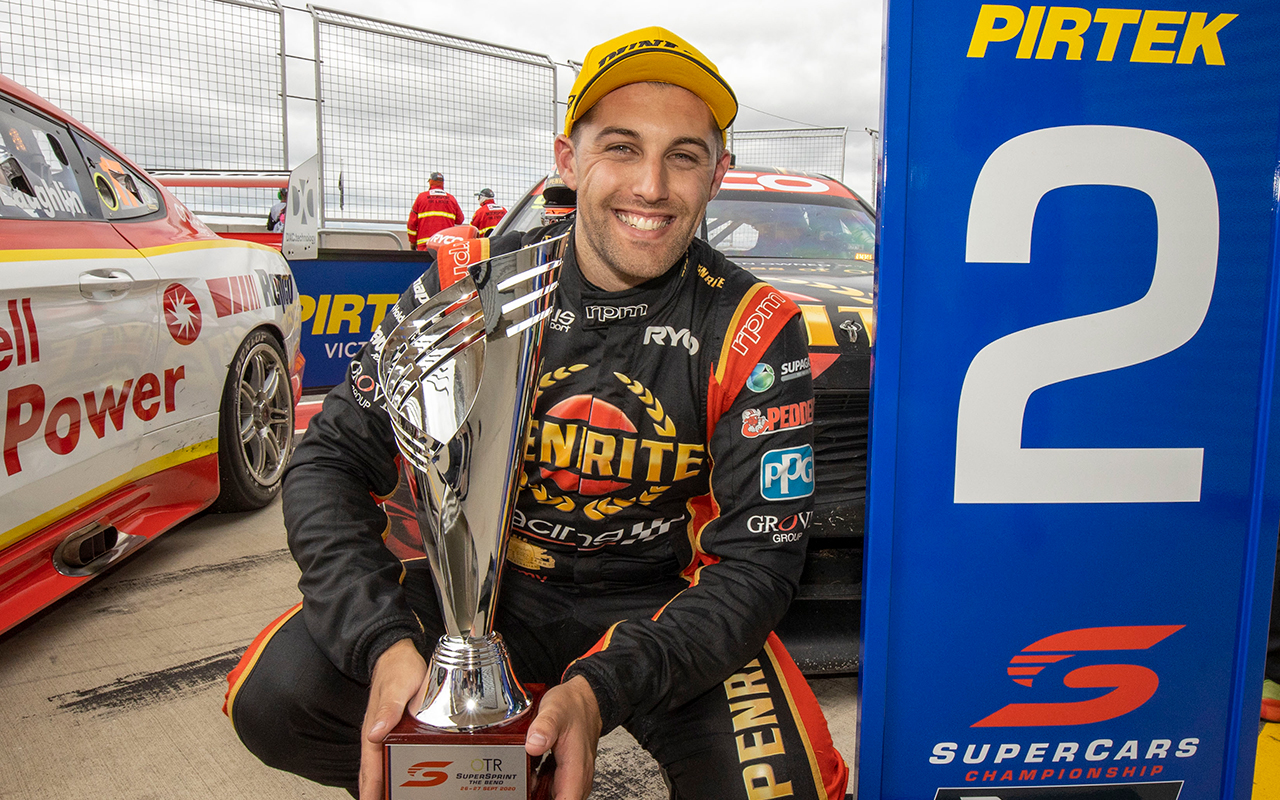 His Penrite Commodore may have ended the final race with barely a straight panel on it, but few drivers had a better two weekends at The Bend than Anton De Pasquale.

With four top five finishes from six starts – and a worst of 11th – he rocketed from 12th to eighth in the championship.

While that might not sound too exciting, it leap-frogged him ahead of teammate David Reynolds, and turned the tide on a season that had long looked underwhelming.

De Pasquale had entered the year with it all to play for. He’s been touted as a possible 2021 replacement for McLaughlin at DJR Team Penske since before racing even started.

Whatever the current status of those moves, putting results on the board can’t be hurting his chances.

Considering his speed at Bathurst over the last two years and the obvious potential of co-driver Brodie Kostecki, De Pasquale’s stocks may just jump even higher very soon…

It’s no coincidence that this Debrief keeps pointing to Bathurst. Despite the tyranny of the season, the excitement of the Mountain for teams and drivers remains undiminished.

As good as a title showdown would have been, the fact that everyone will now go chips-in for the win only adds to the anticipation. No one will be driving with points in mind.

That’s not to say though that there won’t be championship consequences. The final standings are still the ultimate record of the season… and they can be altered greatly by Bathurst’s 300 points.

Take Fabian Coulthard as just one example. He’s seventh in the standings. Third-place is 289 ahead, but 15th is only 290 behind…

And then there is the teams’ championship. Shell V-Power Racing currently leads the Red Bull HRT by 100 points, with 576 up for grabs at Bathurst.

How that all shakes out will hardly be making headlines on October 18, but it’s an interesting subplot that locks in the pitlane order – and plenty of bragging rights – for the entire 2021 season.