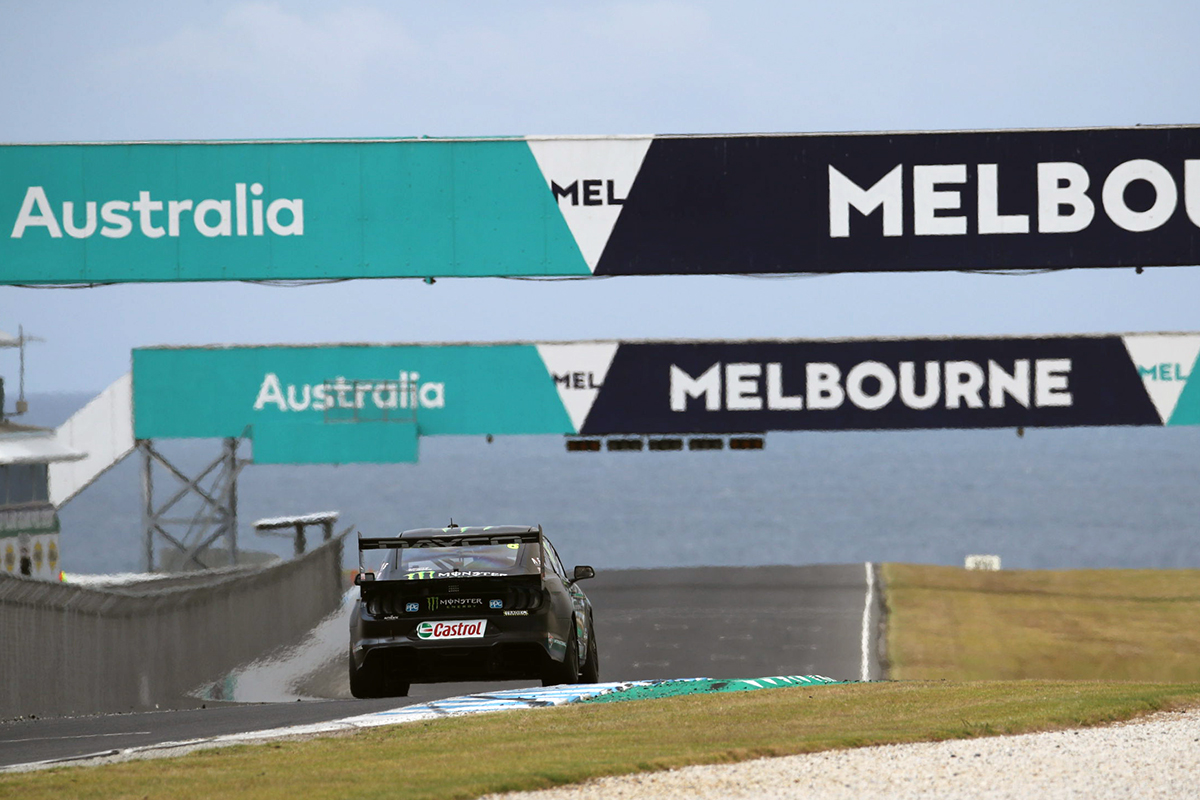 We moved a big step closer to the start of the 2019 Virgin Australia Supercars Championship on Thursday, when Phillip Island hosted the pre-season test.

All 24 full-time drivers, and a handful of co-drivers, tackled the high-speed Victorian circuit a fortnight out from the opening session at the Superloop Adelaide 500.

Ford's new Mustang was the headline act, and duly swept the top three places, but there was a lot for other teams and drivers with interesting stories to tell.

Some fared better than others on the timesheets by the end of eight hours of running, but we of course have to wait a little longer to really know what's what.

The Mustang has been summer's big talking point, its looks the subject of a torrent of online commentary.

As Ryan Story noted last week, the first two-door model in Supercars was 'always going to be a little bit polarising'.

Fast cars are ultimately more important than pretty cars, and the Mustang made a good start to life at Phillip Island.

It finished with a sweep of the top three, four out of the top five places, and with all six Mustangs in the top 10.

Much of that was the result of a late flurry on fresh tyres, which left Cameron Waters, Fabian Coulthard and Chaz Mostert as the top three.

Coulthard actually spent the best part of the last 90 minutes on top, while team-mate Scott McLaughlin was eighth and pretty comfortable with the new aero package.

Tickford's Tim Edwards said his drivers were far from happy with their cars, despite setting the pace, and like DJR Team Penske will have a lot to review. 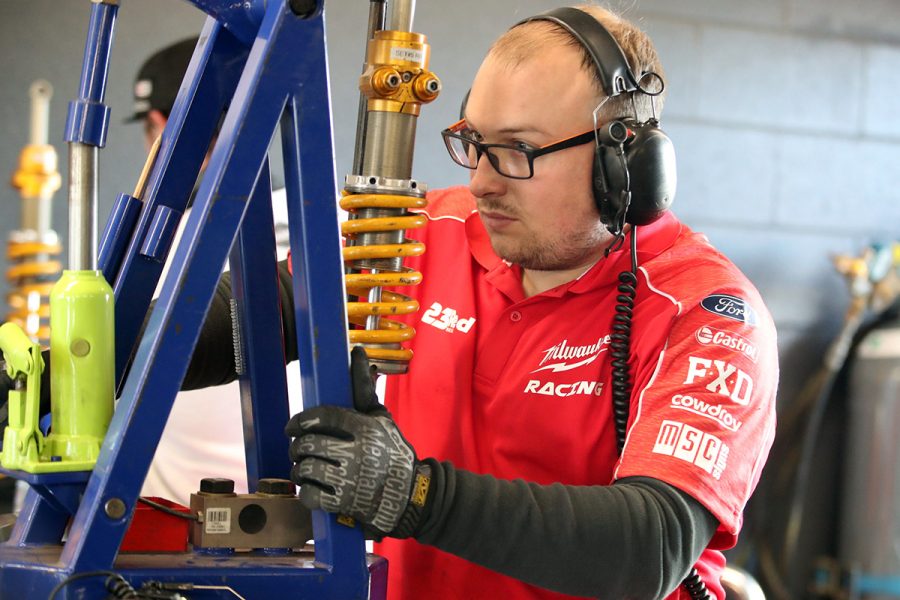 Thursday was a school day

McLaughlin finished the day feeling one of this year's key technical regulation changes had more of an impact on his running than the Falcon-to-Mustang model change.

He was referring to the ban on trick twin (or triple) spring set-ups that had become commonplace in Supercars over recent years.

The defending champion believes drivers will have to make compromises on set-up and then have to drive around the result.

Shifting back to linear springs was a summer focus for teams, shaped programs for the test and left some – more on Triple Eight shortly – scratching their heads.

McLaughlin was among the drivers to give the new Xtrac gearbox the tick of approval, particularly for its feel during shifts.

Firmware updates to Motec's Electronic Control Unit rounded out the key changes for teams to incorporate in their programs.

At Kelly Racing, there was also tweaked aero on the Nissan Altima to evaluate, which got retired team owner Todd Kelly back behind the wheel briefly. 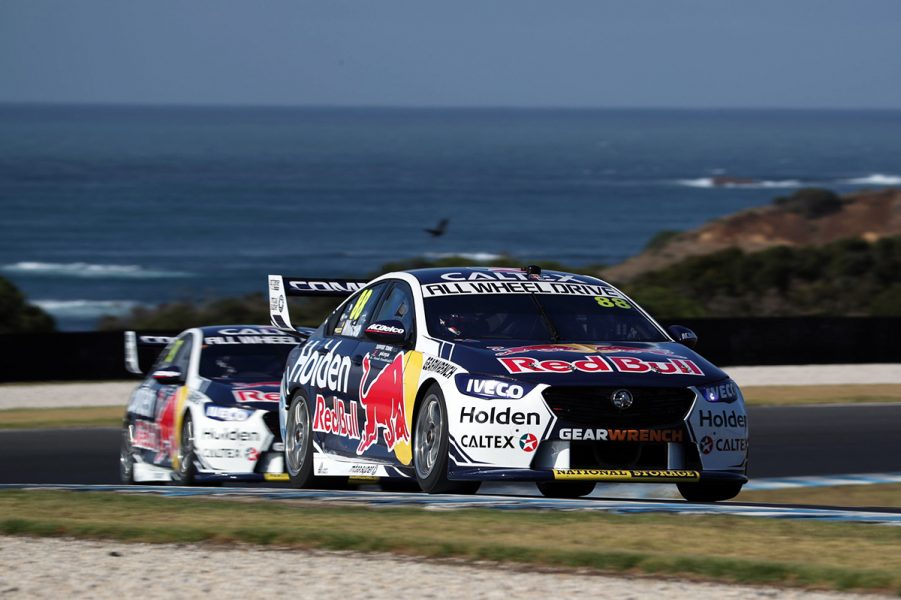 Red Bull Holden Racing Team pair Shane van Gisbergen and Jamie Whincup both finished the test in the bottom half of the order.

Van Gisbergen wound up 14th and Whincup 19th, which team manager Mark Dutton offered no excuses – such as running on old tyres – for.

Both drivers turned their best laps early in the day and wound up more than six tenths off the pace set by the new Mustang in the closing stages.

While content with the volume of work his team got through, Dutton admitted the shift back to linear springs from 'very, very non-linear' set-ups had a big impact.

There's no cause for panic though, given the team's pedigree and track record. And no points were lost on Thursday.

And it is worth noting van Gisbergen was a similar margin from top spot in Sydney Motorsport Park pre-season test 12 months ago, albeit 14th on this occasion, rather than fourth.

Still, if the team is going to extend its winning run in Adelaide - van Gisbergen has won all four races across the last two visits - there's plenty of work to do. 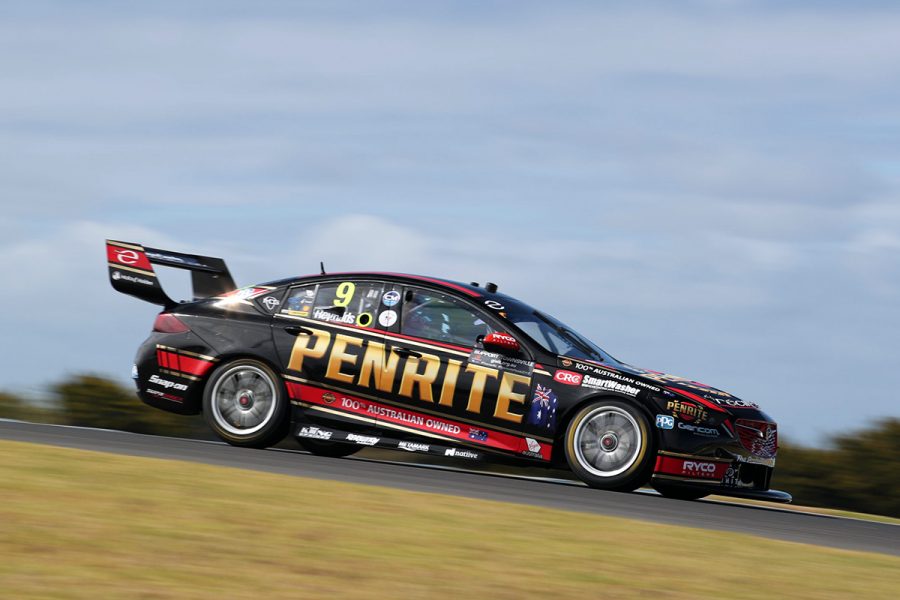 The rebranded Penrite Racing Commodores of David Reynolds and Anton De Pasquale were first and third in the order at the halfway mark.

By the time the clock struck 5pm to mark the end of the test, they were fifth and seventh with most of the team's personnel long gone from the circuit.

The team's test finished at roughly 2pm, after falling foul of Phillip Island's noise restrictions and opting against making changes to try to comply.

Barry Ryan was perplexed by the breach, but happy the team had already got through the majority of what it wanted to achieve by the time the pack-up started.

That was even with the regulation changes, although the linear-spring ruling came to light in time for Erebus to get a headstart on 2019 in a post-season Winton test last December.

Known to have often stuck with the simpler linear approach during recent years, Erebus has been tipped by DJRTP boss Ryan Story to benefit most from the rule change, while Craig Lowndes has tipped Reynolds for the title.

Thursday's timesheets in isolation may point to Mustang domination, but as with testing in most series it never quite paints a full picture.

Track conditions at Phillip Island were better in the morning, for instance, before the temperature rose, and teams worked through their own programs at their own pace.

Not every team or driver had a proper crack at setting a headline time late, and some of the efforts that did come were compromised.

Mark Winterbottom had an ECU glitch on his attempt, while James Courtney was among those to encounter dirt dragged onto the track surface and back off.

Not all tyre banks were made equal, while there was also a quirk of timing.

Teams were largely referencing laps based on a timing beacon within the final sector, rather than the usual start-finish timing loop used for the official timing.

McLaughlin was coy at the end of the day about a series of outright-fastest first sectors – on the public system – that never yielded improvements...

What we do know is we'll all know a lot more about the 2019 form guide within a fortnight, when the new season gets underway in Adelaide.