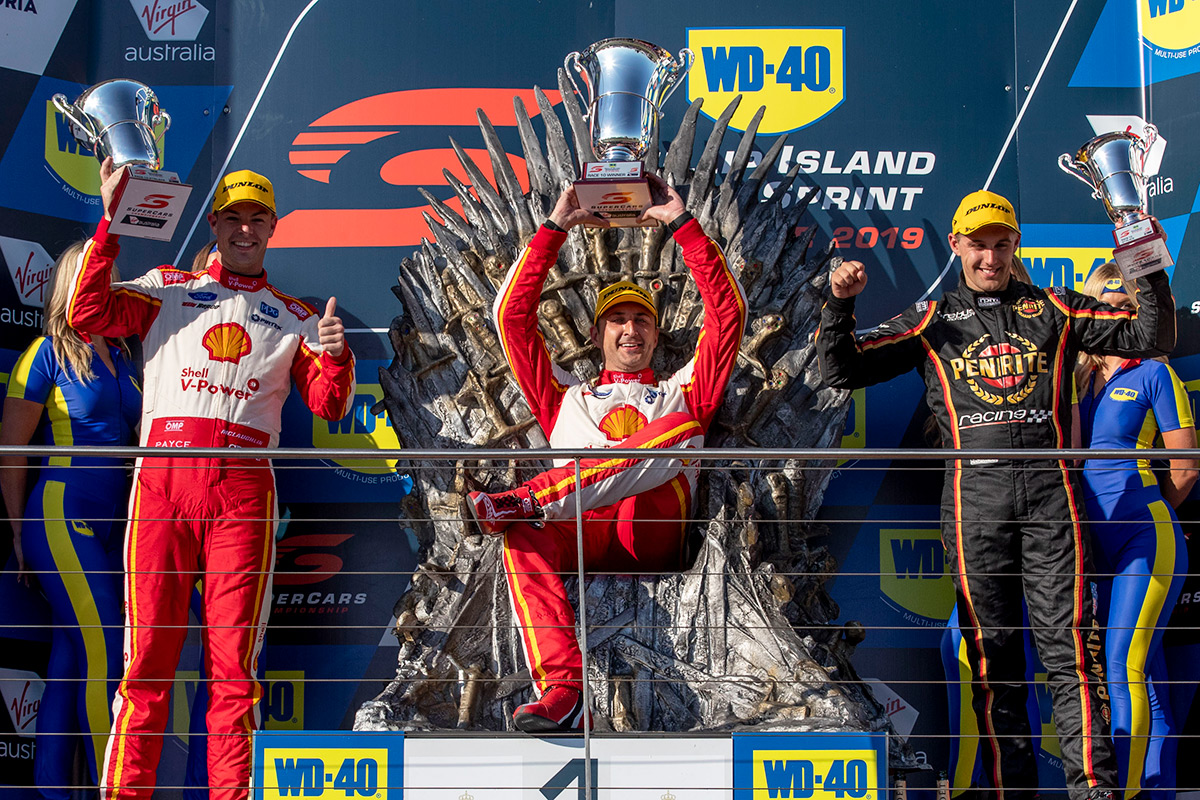 They were the headlines from Supercars’ second straight weekend on the road; the WD-40 Phillip Island SuperSprint.

As the championship takes a breath for Easter, Supercars.com takes a closer look at the key talking points from the Island.

Having scored a bag of PI poles and wins in Garry Rogers Motorsport Volvos and DJR Team Penske Falcons over recent years, it was no surprise to see Scott McLaughlin set the pace.

But the sheer level of domination from McLaughlin and the Shell V-Power Racing squad was at a level rarely seen in the current era. The pure numbers made scary reading for rivals.

Aside from Practice 1, the Shell Mustangs went one-two in every single session, with McLaughlin smashing team-mate Fabian Coulthard by 0.5822 seconds and 0.6355s in the two ARMOR ALL Qualifying sessions.

Amid ongoing murmurings about the Mustang’s aerodynamic prowess, it’s worth noting too that the top Tickford entry was 0.8739s and 0.7350s adrift of McLaughlin in both qualifying sessions. 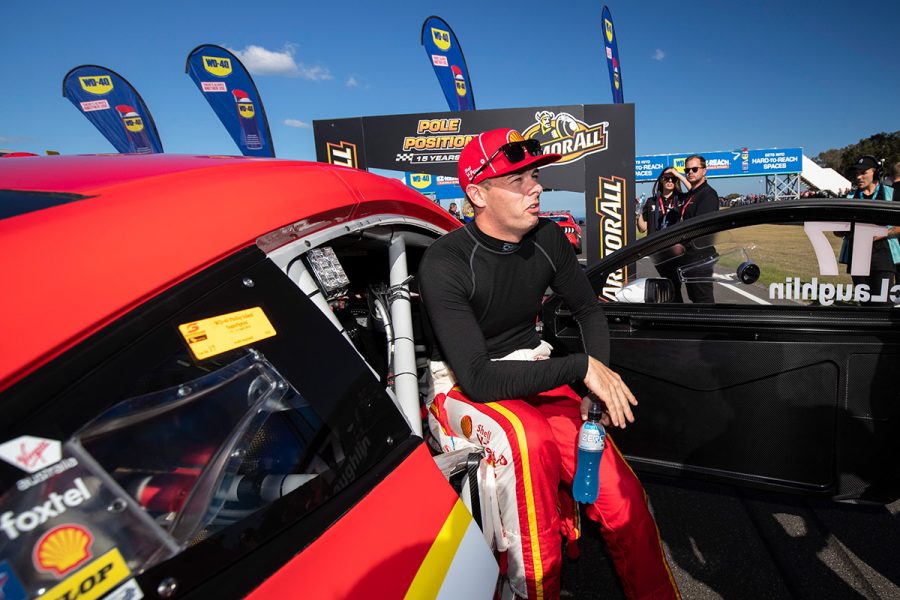 McLaughlin’s dominance should have resulted in two comfortable wins, but it didn’t.

An unusual electrical issue on Sunday meant McLaughlin's Mustang wasn’t making the pitlane speed limit as he transited the lane during his stops, costing crucial seconds.

It created a somewhat awkward run to the end, with McLaughlin noting on the radio that he was “cruising” behind Coulthard, holding station under team protocol.

Curiously, the squad also had an unrelated pitlane malfunction on Saturday; the line lockers in both cars switching off in their pitstops due to momentary engine stalls.

Somewhat thankfully, a clear teams' penalty precedent for such non-driver-related line locker infringements had been set in Tasmania, and the small indiscretion did not impact the race result. 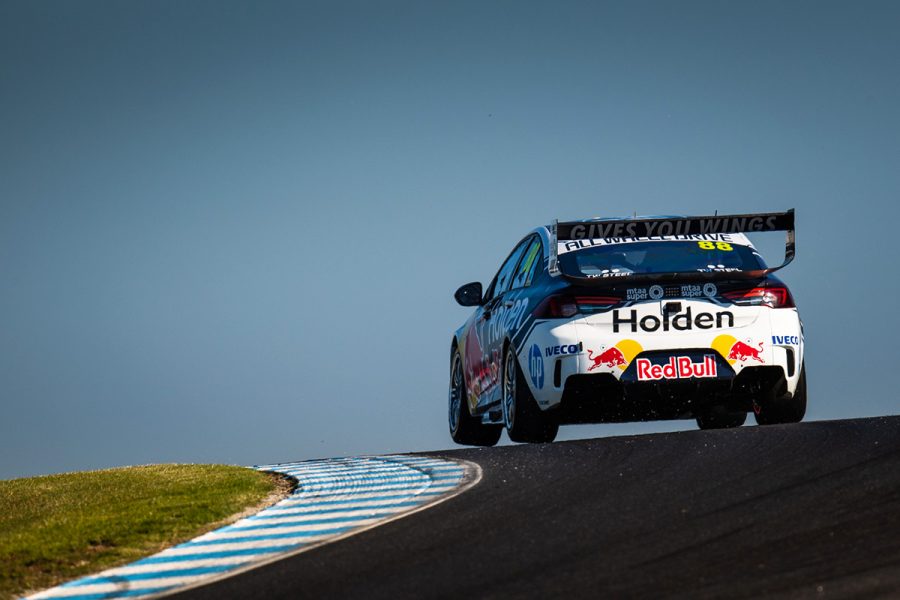 The Shell team’s dominance was all the more pronounced due to the struggle of its biggest rival, the Red Bull Holden Racing Team.

Shane van Gisbergen salvaged a pair of top 10s, while Jamie Whincup suffered the indignity of losing a wheel and failing to finish on Saturday, and a 12th on Sunday.

Are Whincup and the #88 side of the garage struggling that badly with the ban on twin-springs this year? Or was McLaughlin’s pace encouraging them to search for something that simply wasn’t there?

Whincup made multiple references to not “finding any gold” with set-up changes throughout the weekend, while team manager Mark Dutton on Sunday night stressed the danger of “fool’s gold”.

While only those on the inside – if anyone – will truly know what was going on, an eighth title is already looking an unlikely prospect in 2019. 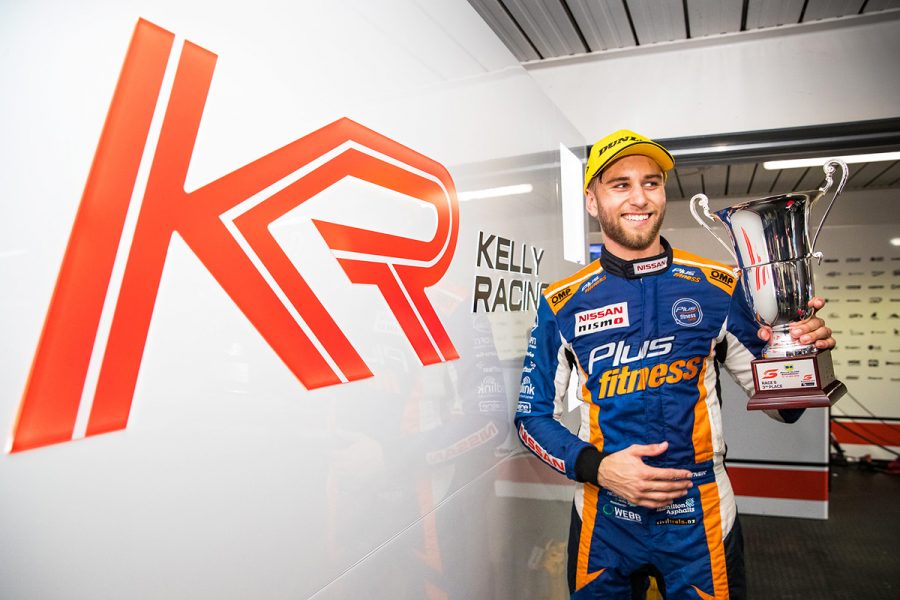 If a pair of Shell V-Power Racing one-twos was a somewhat predictable result, the final podium finisher on both days at Phillip Island was a breath of fresh air.

On Saturday, Andre Heimgartner scored his first career podium in a single-driver Supercars race, marking a breakthrough for Kelly Racing after a slow start to 2019.

Entering the weekend with a season qualifying average of 18.25, the Kiwi shocked with fourth on the grid, two places ahead of team-mate Rick Kelly, surviving an in-race battle with the boss to jag third.

Kelly edged Heimgartner by two grid spots on Sunday, but this time they were 11th and 13th and never really figured in the race, with Kelly admitting more work is needed to understand their pace.

Stepping up was Penrite Racing’s Anton De Pasquale, who on Sunday proved the only man to get anywhere near the Shell duo to score his first Supercars podium.

His Sunday dominance over team-mate David Reynolds emphasised two elements; the small set-up window the Holden runners were playing in at PI, and the youngster’s affinity for the circuit.

De Pasquale scored his first Dunlop Super2 Series win at the venue in 2017 and followed it up with the only top 10 of his rookie main game campaign in ’18. What next for 2020? 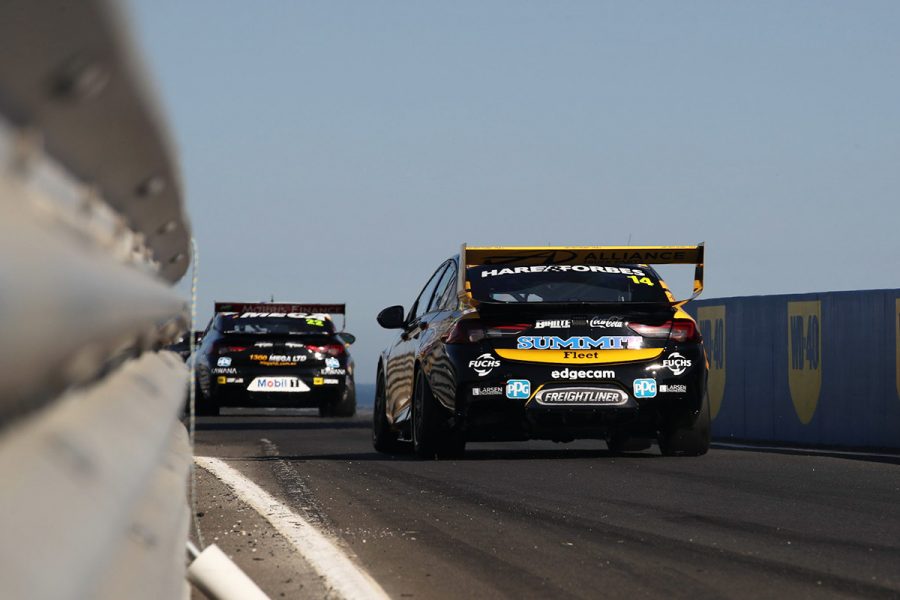 After the parc ferme trial at Symmons Plains, another new rule was on the menu for Phillip Island; closing the pitlane under Safety Car conditions.

While parc ferme was designed to “spice up the show”, the SC rule was largely seen as a necessary evil due to the dangers of double-stacking in PI’s tight pitlane.

Ultimately, there was only one Safety Car, and that fell on Saturday after everyone had completed – or were in the process of completing – their compulsory stop.

So while we didn’t see its full effect, there’s no doubt it impacted the races, as frontrunners largely took the safe option of pitting early to avoid being caught out.

Arguably that hurt McLaughlin on Sunday, as he had little time to build a lead before his slow first stop buried him behind several cars.

On the flipside, Tim Slade and Brad Jones Racing went long on Sunday and prospered, carving from 20th on the grid to ninth.

The most ironic sight came at Boost Mobile Racing, where a miscommunication resulted in a double-stack under green. It’s proving to be one of those seasons at GRM...