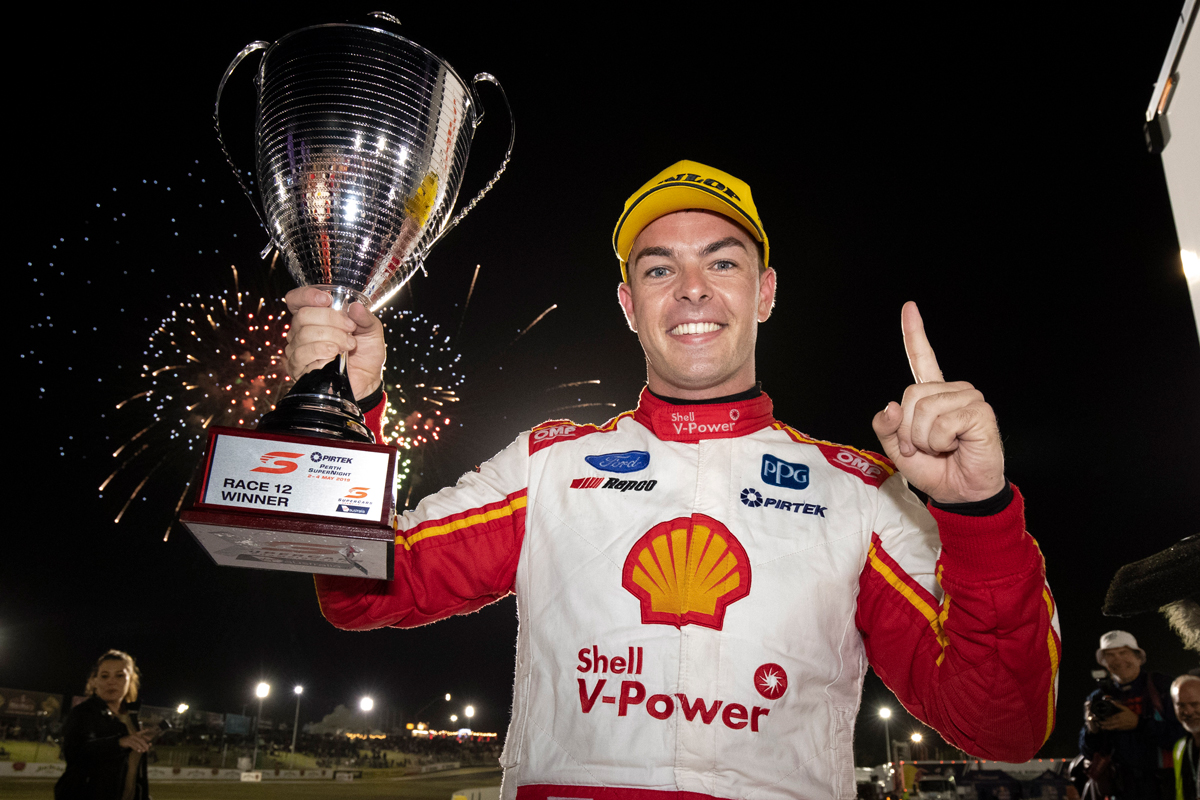 Another dominant showing from Shell V-Power Racing and a Jamie Whincup fightback headlined the first running of the PIRTEK Perth SuperNight.

Supercars.com takes a closer look at the key talking points following a history-making weekend of night racing in the West.

Despite aerodynamic tweaks to all Ford Mustangs ahead of the event, it was no surprise to see the in-form Scott McLaughlin and Shell V-Power Racing again set the pace in Perth.

McLaughlin was the dominant performer of the weekend with two ARMOR ALL Poles and a second and a victory in the races, despite making two poor starts.

Team-mate Fabian Coulthard, though, is at least keeping the defending champ honest this season, pouncing on McLaughlin’s poor Friday night getaway to take the lead and the win.

It marked Coulthard’s second victory on the bounce – the first time he’s achieved that feat since early 2017 – and solidified his second place in the championship standings.

There’s no doubt Coulthard lacks the raw pace of his younger team-mate, but this year he’s doing enough to justify his place in a Shell Mustang as crunch time looms for a 2020 deal. 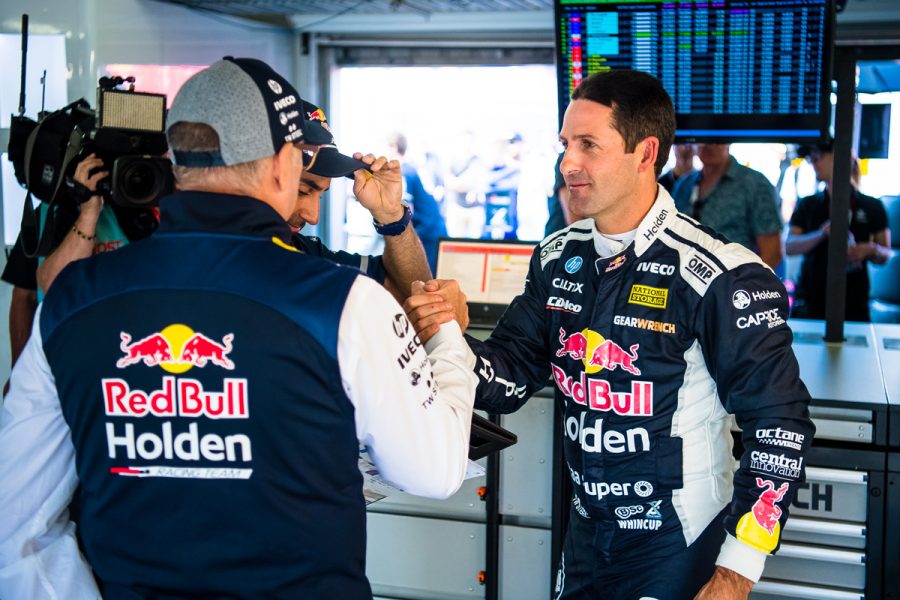 Second place on Saturday night at Barbagallo will hardly go down as a career highlight for Whincup, but after his struggles at Phillip Island, it was one heck of a turnaround.

The seven-time champ languished significantly behind team-mate Shane van Gisbergen at PI, triggering public criticism of the #88 side of the garage from owner Roland Dane.

Its response could not have been stronger; the #88 rolling out of the truck fast on Thursday and, according to manager Mark Dutton, making fine use of the limited track time.

Such was their progress, van Gisbergen migrated to Whincup’s set-up for Friday qualifying, but could not quite get as much out of it as his team-mate.

Whincup’s determination was evident in the Friday night race, refusing to move aside for van Gisbergen as they battled for fourth in the closing stages.

On the whole, the Red Bull HRT left Perth confident it had made a step forward, but whether that translates to its bogey circuit at Winton later this month remains to be seen.

A tick for Tickford 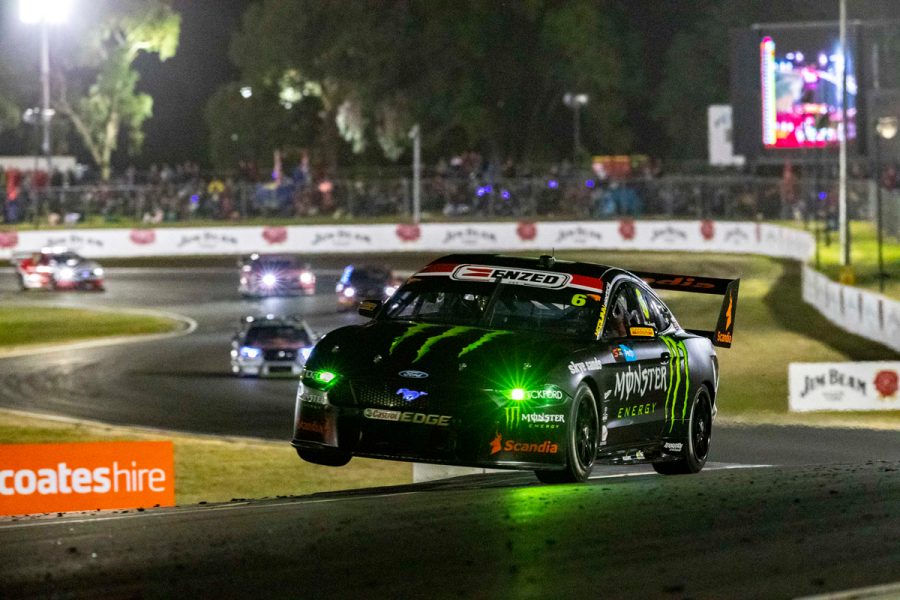 If anyone was going to be hurt by the pre-event changes to the Mustang’s aerodynamics it was thought to be Tickford, which had a mixed run through the Tassie/PI double-header.

On the contrary, the four-car squad had its strongest collective weekend of the year to date, with seven top 10 finishes from a possible eight across the two races.

That included podiums for Chaz Mostert and Cameron Waters on Friday and Saturday respectively, both achieved from fourth on the grid.

Will Davison was a fixture in the back half of the top 10 all weekend, while Lee Holdsworth struggled for qualifying pace, but rocketed from 22nd to ninth in the 200km race.

The only major downside from the weekend was a Saturday-night engine failure for Mostert, dropping him from third to fifth in points, now 402 from the lead.

Outside of Bathurst – and perhaps the early-season optimism of Adelaide – it’s unusual to see drivers getting excited about opening practice.

But just like after the first session at Sydney’s SuperNight last August, the initial night running in Perth had the Supercars stars beaming.

On this occasion, there wasn’t just the night lighting to adjust to, but a new surface as well, which immediately yielded a one-second gain over the previous qualifying record.

Davison summed up the sentiment best by saying it feels “like you’re on fast-forward”, but his prediction that the high-grip would cause big offs in the races proved wide of the mark.

At the end of the weekend, the general consensus was the new surface had hurt the racing, with the relative lack of traditional Barbagallo tyre degradation making passing a tall order.

Still, judging by the last resurface in 2004, the track will likely be back to its tyre-shredding ways in 12 months' time. 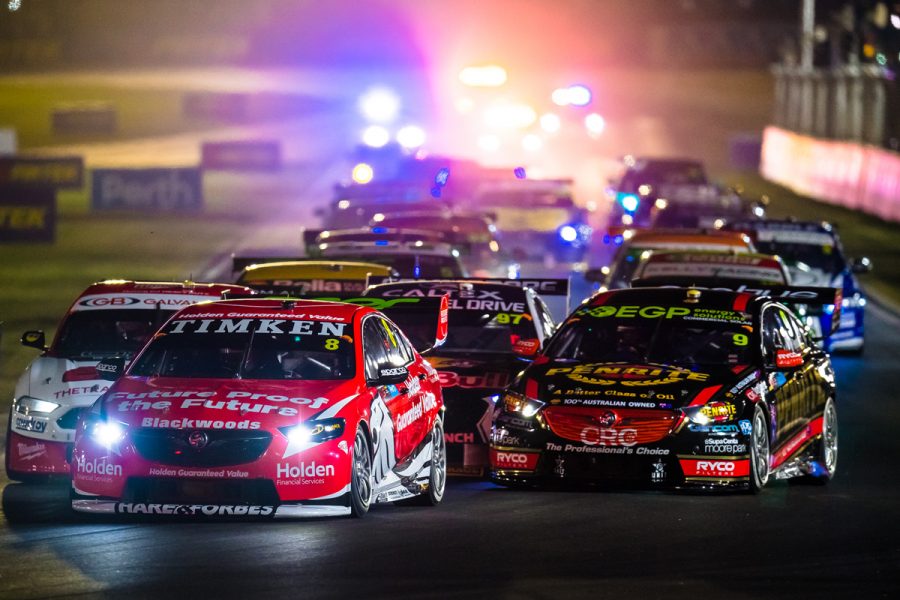 With heavyweight squads Shell V-Power Racing, Red Bull HRT and Tickford all on song, top 10 places were hard to come by for the remainder of the field at Barbagallo.

That marked a strong turnaround for BJR, which, despite expectations they’d shine on the high-grip surface, had a tough opening practice, with all four of its cars 19th or worse.

Kelly Racing showed promise, highlighted by sixth on the Saturday grid for Andre Heimgartner, but ultimately failed to deliver.

Incidents in the 200km race for Heimgartner and Rick Kelly put paid to hopes of a top 10 result; Simona De Silvestro ultimately its top finisher in 12th both days.

Elsewhere, other multi-car squads Mobil 1 MEGA Racing and Boost Mobile Racing endured shockers and have some serious work to do before the battle continues at Winton.