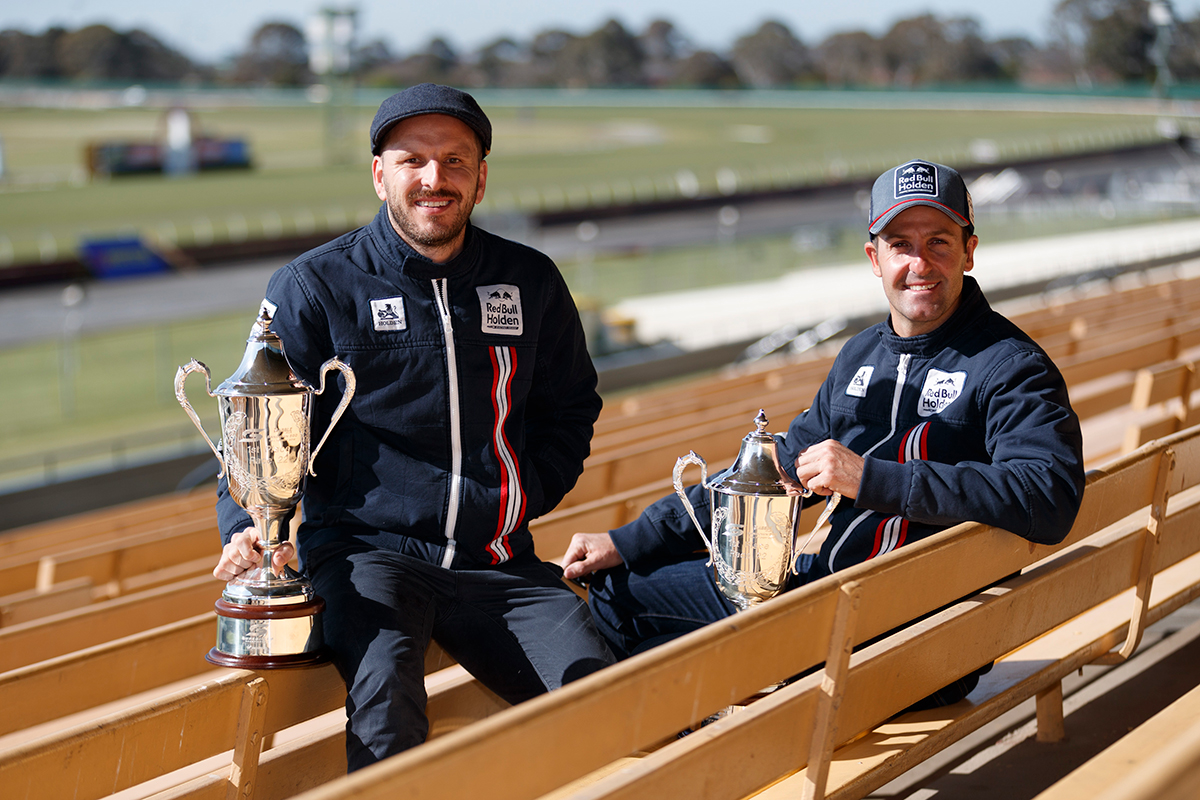 However you package it, Triple Eight dominated the opening leg of the 2018 PIRTEK Enduro Cup at Sandown last weekend.

Its #1 Red Bull Holden Racing Team Commodore of Jamie Whincup and Paul Dumbrell led 159 of the 161 laps, only headed during pitstop cycles, and a sweep of the podium.

The best of the rest was Scott McLaughlin, 25 seconds behind in fourth and downbeat about what had just unfolded.

That was the big story, but not the only story, as we look forward to Supercars' big dance at Mount Panorama in a fortnight. 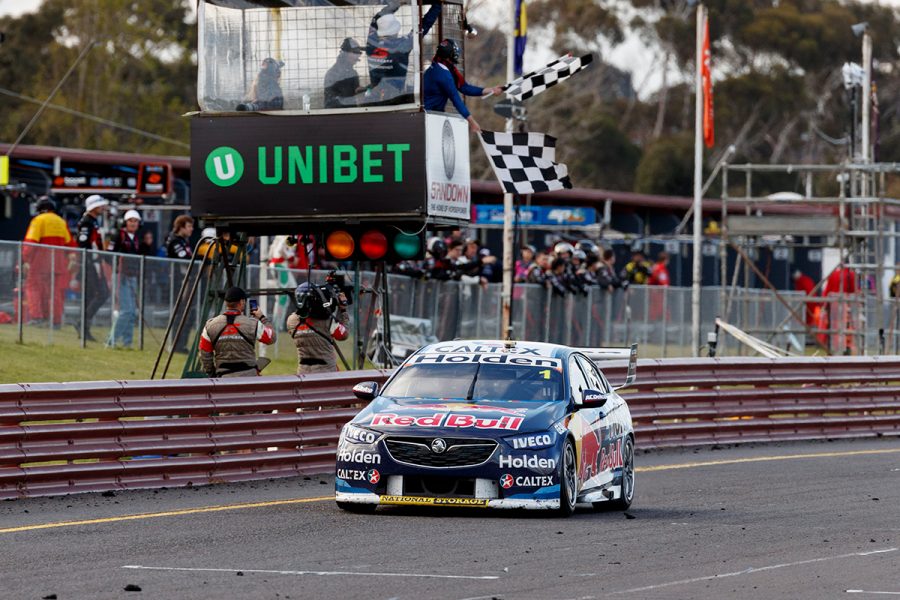 It's easy to understate how quick the Triple Eight Commodores were at Sandown.

The Whincup/Dumbrell entry set the pace through Friday and Saturday's running and avoided a repeat of misadventures that have cost them results in recent years on Sunday.

As Scott Pye put it, Dumbrell was "playing with the field" through his stint on Sunday, building a 20-second lead twice either side of a Safety Car period before handing over to Whincup.

The #97 and #888 Commodores came from 11th and 10th on the grid to second and third, as Triple Eight took a seventh win – and fifth one-two – in the last eight races to mark its 15th birthday in Supercars.

A lot was made about the straightline speed of the factory Holdens, but Whincup pointed to "kerb control and being able to get onto those straights good just by riding the bumps well".

Whatever they've been doing in Banyo in recent months, those ZBs are now clearly the cars to beat. 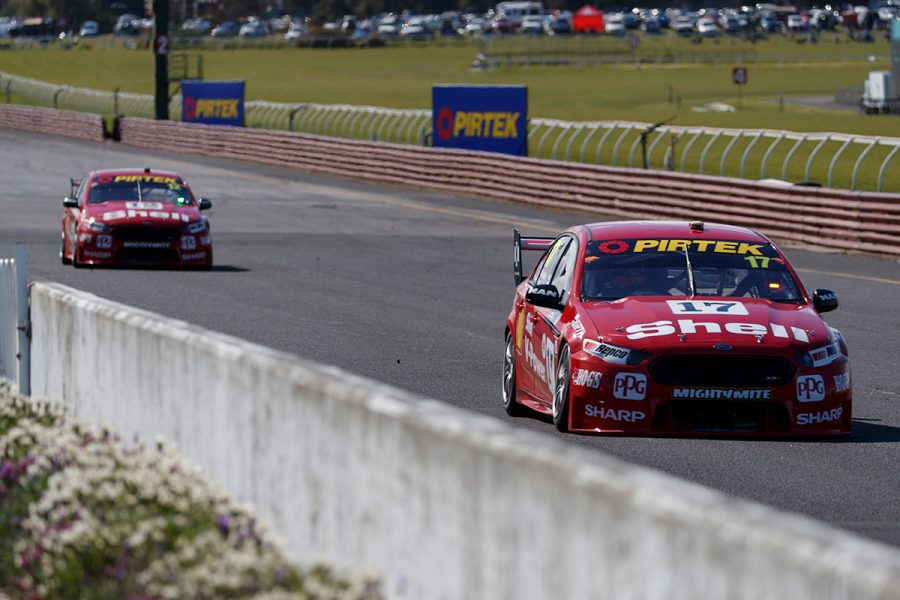 It was a long weekend and an even longer race for DJR Team Penske and Tickford, whose Falcons filled the Sandown podium 12 months earlier.

The Shell Ford of McLaughlin/Alex Premat was the best of the rest in fourth, 25 seconds behind Whincup, having had to keep the Erebus Commodore of David Reynolds at bay in the final stint.

Both squads spoke about having to take rear wing off their Falcons in a desperate search for straightline speed against the Triple Eight ZBs.

The lack of rear grip that followed left a frustrated McLaughlin "hanging on for dear life" and expecting a tough run at Bathurst next month.

Tickford's fortunes were even more pronounced, the low-aero trim causing its Falcons to burn through rear tyres during the second half of each stint. 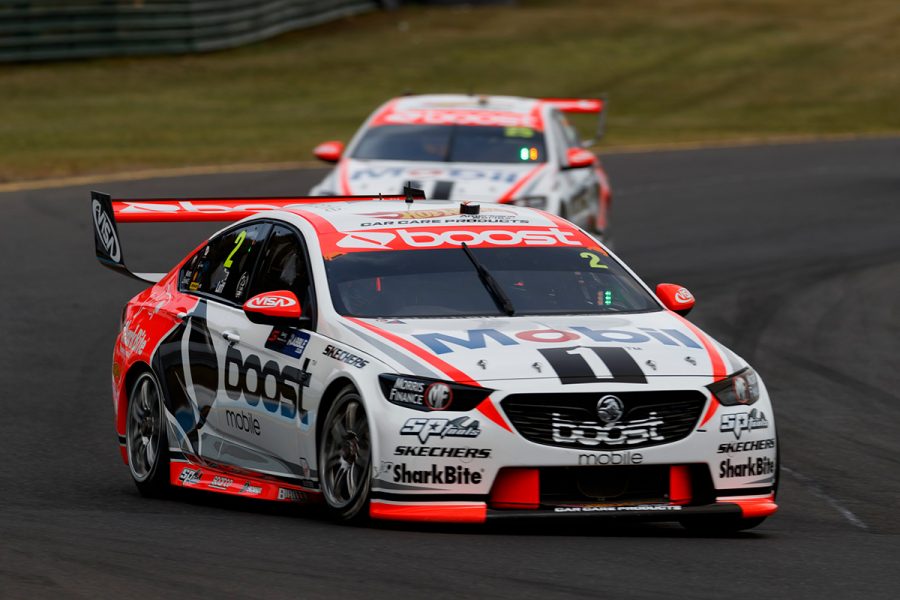 The Mobil 1 Boost Mobile Commodore Pye shared with Warren Luff took the scenic route from fifth in regular ARMOR ALL Qualifying on Saturday to sixth in Sunday's race.

Luff all-but stalled at the start of the opening sprint race and fell down to 21st, then clashed with Jason Bright at the end of lap three.

A pitstop for wets followed, and led to 22nd-place finish, which Pye turned into 19th in the second sprint.

In the race itself, their car was the very first to make a pitstop, from 16th on lap 15, that clean air and Safety Car helping vault Luff into eighth place, with Pye eventually crossing the line in sixth.

James Courtney led the way in the team's strong qualifying performance with third place, where Jack Perkins ran in the opening Race for the Grid until pitting for wets.

Courtney then crashed at Turn 6 early in his sprint, sentencing a repaired Commodore to a rear-of-grid start on Sunday.

With Courtney the only full-timer to start the race, Perkins did plenty of heavy lifting against regulars during the second half of his lap 24-79 stint.

By then the pair was in the top 10, before fading to 16th on the run home, lacking tyre life. 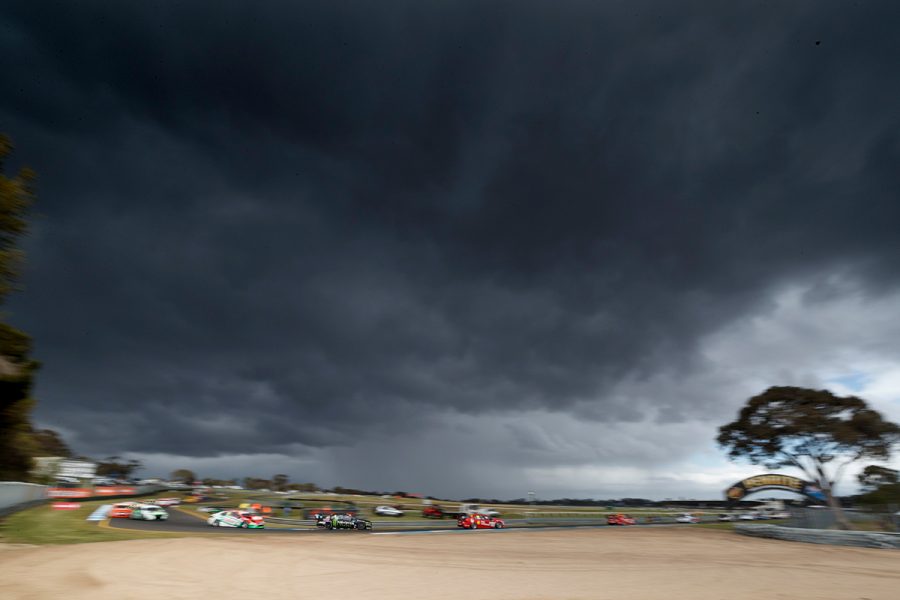 The street of chance

The likes of Dumbrell and Perkins, running first and third, played it safe when a hail-laden storm lashed the southern end of Sandown in the co-drivers' Race for the Grid.

Unhelpfully, it had coincided with the end of a Safety Car period when tyres had already started to lose temperature.

A total of 14 cars opted to pit for wets, but the conditions settled and Dumbrell was ultimately the best of those finishers in 11th.

Triple Eight played it safe, bringing all three of its cars in, from the vastly-experienced Dumbrell and Steven Richards to Supercars debutant Earl Bamber.

DJR Team Penske rolled the dice and left both co-drivers out in a bid to gain track position, with McLaughlin and Coulthard having qualified 14th and 12th.

It paid off, with Premat finishing third and D'Alberto fourth.

Of course, not everything was down to good planning. Eventual winner Aaren Russell and fifth-placed Macauley Jones were among those who had been summoned to pit, but missed the call and stayed out. 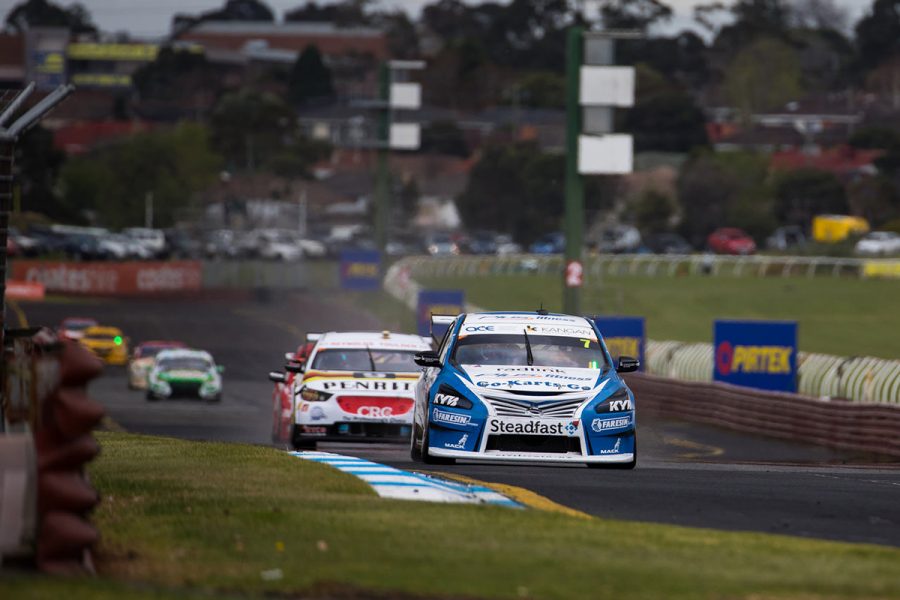 Sandown was the first proper look at this year's batch of pairings, with co-driver running limited to test days, two practice sessions and ride days beforehand.

As widely expected, Dumbrell was peerless whenever he was in the #1 Commodore, while Perkins did well against the full-timers.

Beyond the usual safe sets of hands, Bamber, Brown and Russell deserve a mention.

He was quick from the outset, finishing second in a co-driver practice session, and worked his way from 11th to sixth through his stint in the race, even with a pair of moments. 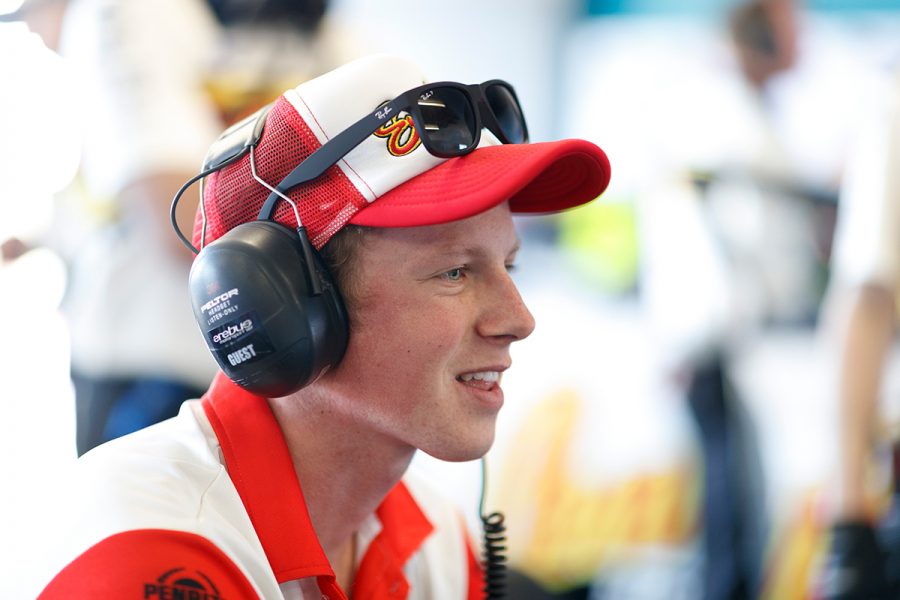 Brown was one of the other newcomers, teaming up with Anton De Pasquale in an all-rookie Erebus combo, and led Bamber in that Friday afternoon session.

Having a quiet second Dunlop Super2 Series campaign after starring in 2017, Brown then ran fifth throughout his stint on Sunday.

That did include a Turn 1 tangle with Russell, who took out the co-driver sprint in Andre Heimgartner's Nissan on Saturday afternoon, having played pioneer for the second half of the race.

Most of the Supercars Russell has driven fall into the ageing and/or unloved category, and he's out to make the most of the Nissan role.

Of those looking to make amends at Bathurst, 2017 Great Race winner Youlden had a slow start and a couple of scrappy moments on Sunday afternoon.

Bright's late Preston Hire Racing call-up included a crash on Saturday and beaching the Commodore at Turn 9 on Sunday, within sight of handing over to Lee Holdsworth.