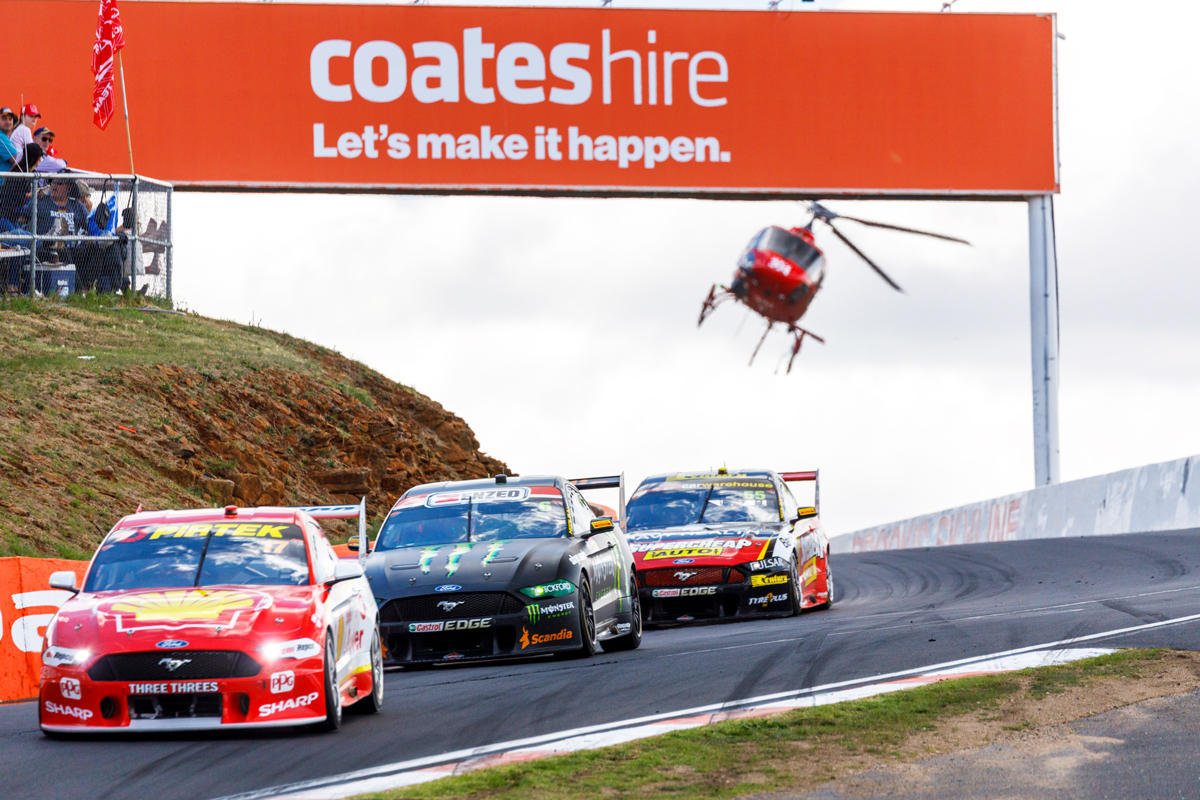 The Supercheap Auto Bathurst 1000 presented a brilliant if controversial Great Race with no shortage of talking points.

There’s been a stack of media surrounding DJR Team Penske’s ‘go-slow’ instruction to Fabian Coulthard and the subsequent team orders charge they were slapped with.

So, with a verdict on that matter to be delivered on Sunday following a Saturday hearing, let's take a look at the other hot topics from the Mountain.

Controversy aside, the job Scott McLaughlin and co-driver Alex Premat did all weekend has to be applauded.

The third of which came in the pressure cooker of the ARMOR ALL Top 10 Shootout, blitzing his competitors with a record that could stand for some time given aero and engine changes being applied for next season.

He was then faultless on race day, keeping his cool in the run to the flag to hold off a charging Shane van Gisbergen. 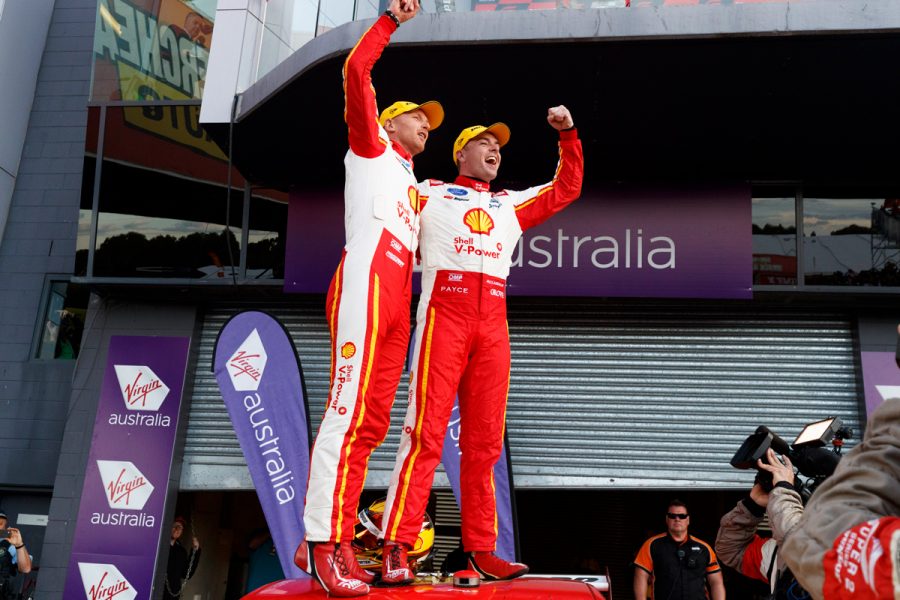 It was meanwhile more of the same for Premat: arriving under the microscope and duly proving his critics wrong, yet again.

The 37-year-old first stood tall to hold the lead for many laps under attack from a pack of frontrunning full-timers, and later forced rival co-driver Craig Lowndes into two errors to regain the lead.

No matter your view on the team orders saga, McLaughlin and Premat put in a stellar performance.

It was the scarcely believable scene that left Tickford Racing crestfallen: another costly Cameron Waters and Chaz Mostert collision.

Just last month, the good mates – who have generally been Tickford’s lead duo this year – came together at Pukekohe, costing Mostert his second place in the standings.

That moment, plus contact between the Supercheap Auto Mustang and the Monster Energy #6 in the previous two Bathurst 1000s, created an illusion that a repeat was surely off the table. 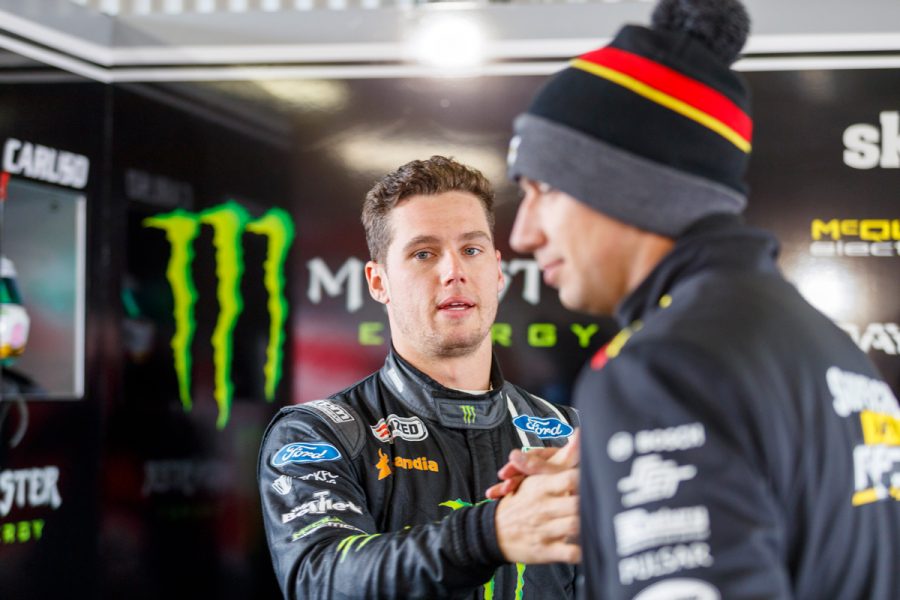 And yet, it wasn’t – and this time it costed not one, but two possible podiums, if not a victory.

Mostert lost control attempting a lap 123 overtake into The Chase and effectively wiped out both him and Waters.

Neither car finished on the lead lap; Waters cut a teary figure, Mostert an apologetic one; and the team was once more left to lick some self-inflicted wounds.

Whichever way you look at it, the 2019 edition marks yet another Great Race that slipped through Jamie Whincup’s grasp.

The Red Bull Holden Racing Team ace was at the head of the field for the final stint, but his place at the front of the fuel-saving train forced a change of tact. 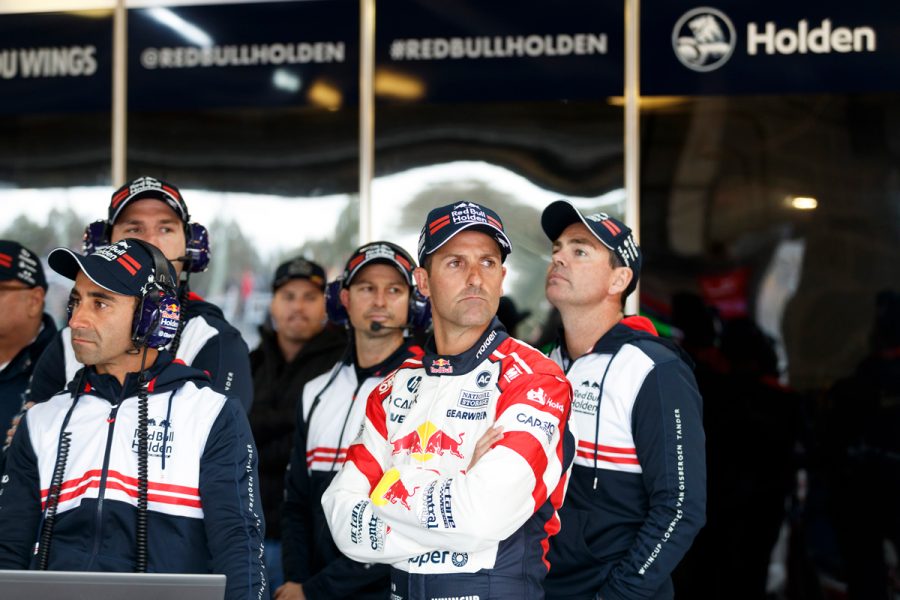 Whincup pitted from the lead under the Safety Car on lap 151 and popped out fourth as the highest placed car without fuel concerns.

A decision to opt against taking on new tyres may be regretted though, with the #888 failing to get by third-placed James Courtney.

While some other near-misses at the Mountain have arguably been his own doing, Whincup ticked every box on this occasion but still was unable to snap a seven-year drought.

It was also a case of nearly but not quite for the dream team's sister car of Shane van Gisbergen/Garth Tander too; second place nothing to sneeze at, but not what they came for.

Having finished on the podium in three of his first four visits to Mount Panorama, the hallowed circuit had not been kind to Courtney since 2008.

Walkinshaw Andretti United is in the middle of another difficult campaign but for the third straight year, they defied the odds to snatch a terrific Bathurst result. 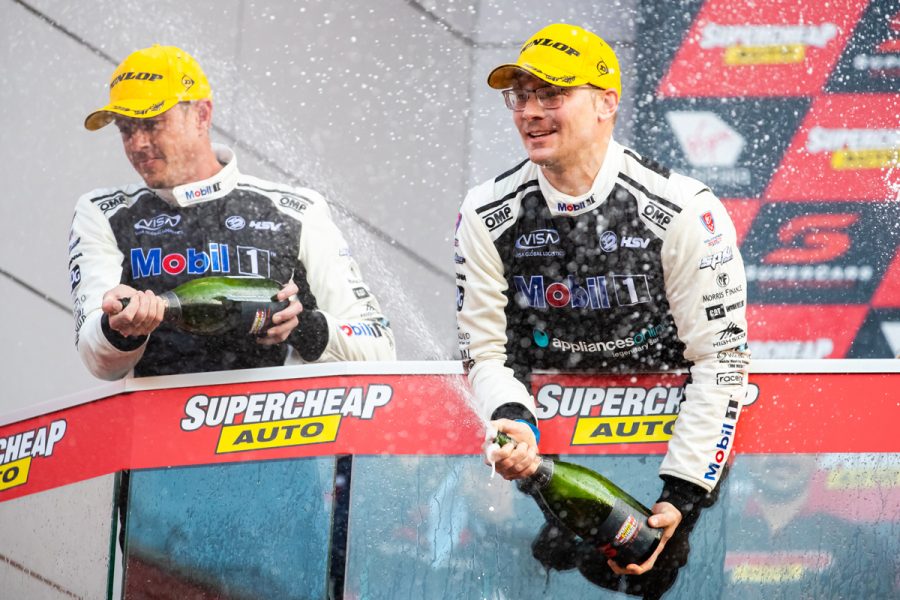 Scott Pye/Warren Luff were runners-up in 2017 and ’18, and this time it was Courtney/Jack Perkins who came up with the goods in the form of third.

That was despite the #22 Commodore qualifying 18th and making contact with the wall late in the race, and coming under attack from Whincup in the dying laps – not to mention Perkins recovering from the flu.

It marked a first podium of the season for Courtney and the team as they prepare to go their separate ways at the end of the season.

The word ‘horror’ might seem a bit much for a team that did finish the day with a car in fifth.

But the reality is, the Erebus #9 was the fastest car at Bathurst the past two years and very nearly came away with two victories to show for it.

This time, the team felt it had entered better prepared than ever … but it didn't take long to start unravelling. 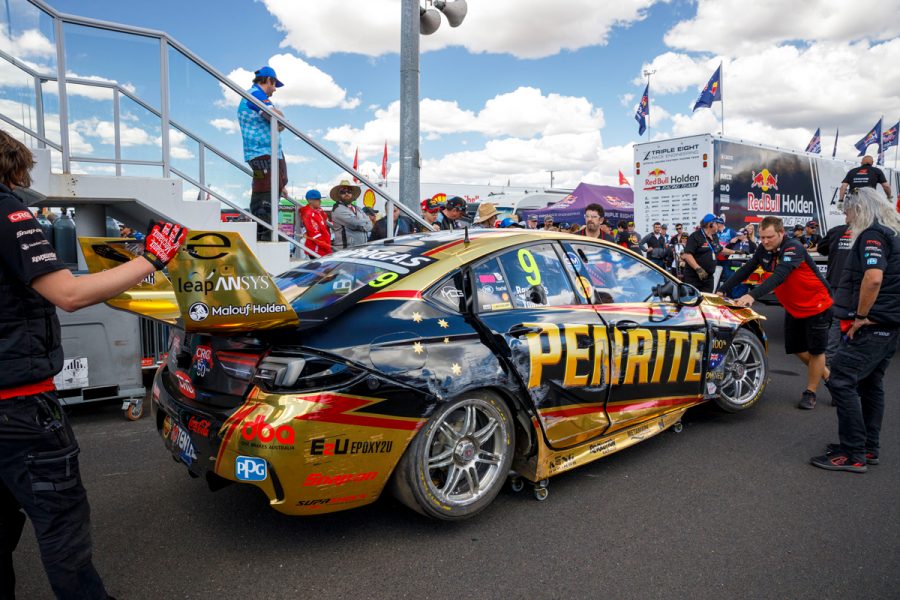 The David Reynolds/Luke Youlden entry was on the back foot straightaway when Youlden crashed heavily in Thursday practice.

Struggling to adapt to wet qualifying conditions left Reynolds a lowly 22nd on the grid, ensuring they would have their work cut out in the Great Race.

A bumpy ride ensued, with Youlden in particular having a couple of wild moments, before they managed to bring the Commodore home in fifth.

Adding to the frustration for team boss Barry Ryan was a high-impact shunt for Anton De Pasquale caused by a jammed throttle.

The #99 had already been the subject of an issue in pitlane and a spin for co-driver Will Brown.

All in all, they were four days to forget for the 2017 winners.