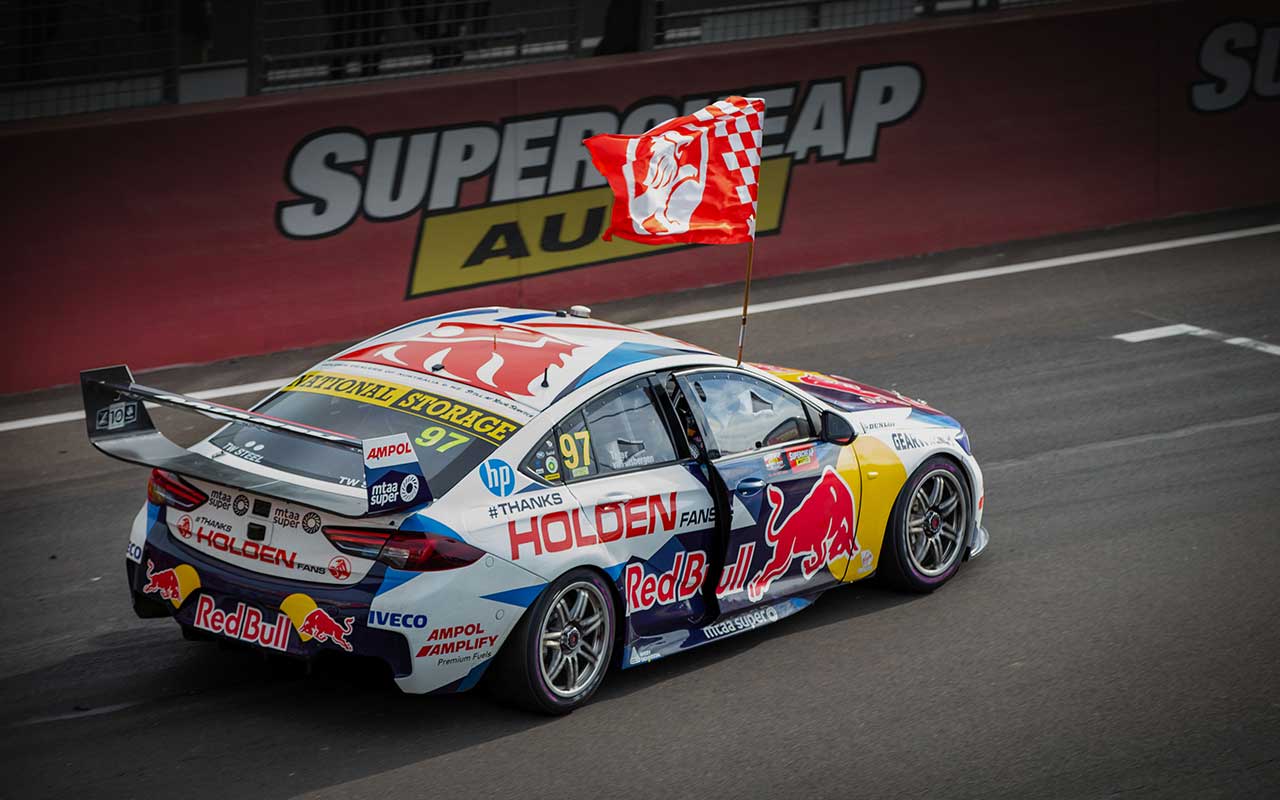 In his 14th Supercheap Auto Bathurst 1000 start, there was no denying Shane van Gisbergen.

The Kiwi and co-driver Garth Tander emerged victorious from an event filled with firsts, and lasts.

Supercars.com looks back at five talking points from the weekend that was.

While there’s no such thing as a sure thing on the Mountain, the fact van Gisbergen would one day have a Bathurst 1000 win to his name seemed inevitable.

Most fittingly, van Gisbergen’s drive was a mix of what he’s always been since he debuted as an 18-year-old in 2007 and what he has become at Triple Eight.

His raw car control and feel for a changing grip level when light rain fell on the lap 53 restart got him to the front.

And the canny, calculating van Gisbergen of 2020 brought home the victory, driving mistake-free laps while the trailing Cameron Waters wore out his tyres before controlling the restarts at the end.

It was a great contrast to the mistake-riddled campaign of teammate Jamie Whincup – who slipped off in the Shootout and crashed early in the race.

Team owner Roland Dane declared on the podium that van Gisbergen is “the most intelligent racing driver”. On the evidence of the previous six hours, it was hard to argue. 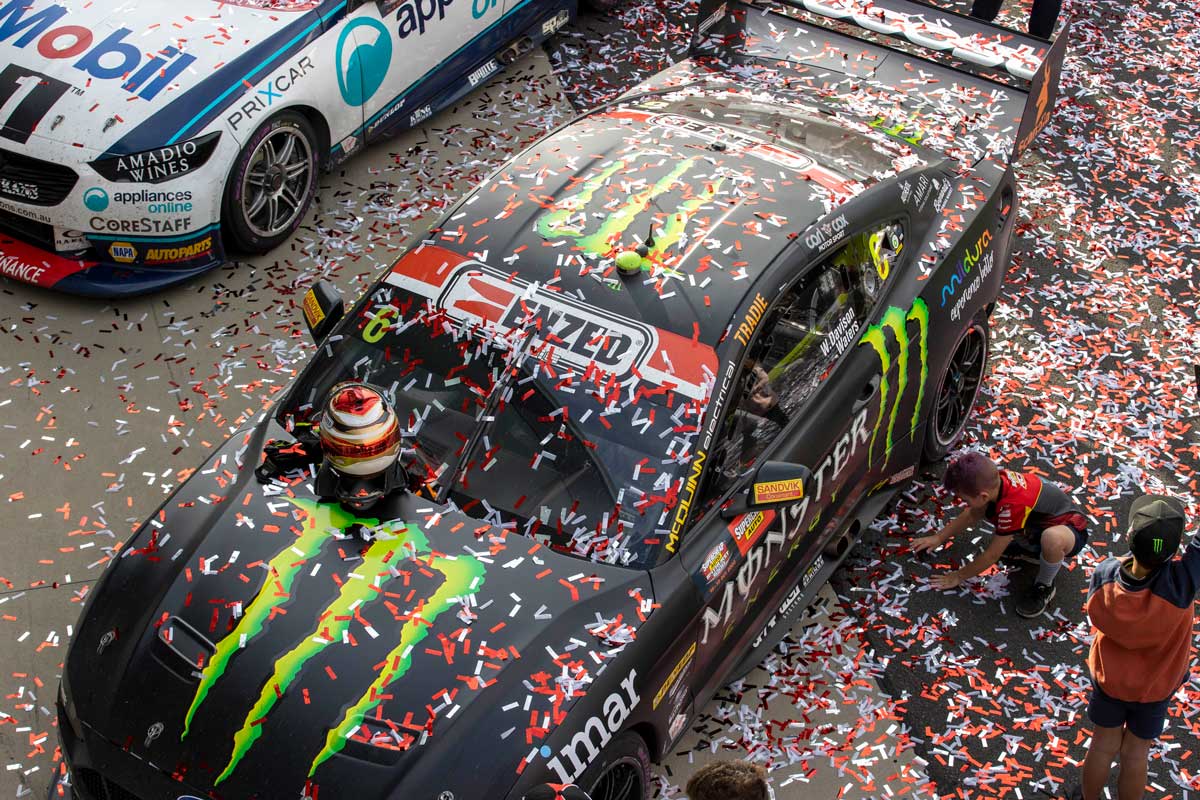 Cameron Waters and Will Davison could well have been disappointed with second. They’d been the car to beat all week and lost, without much going wrong.

But their efforts at Bathurst could turn out to be so much more. Was this in fact the coming of Cameron Waters… the weekend where he turned from ‘promising’ to a full-blown star?

The 26-year-old’s career has so far been rather reflective of his unassuming but determined nature. He’s steadily progressed during his five full-time seasons, only stumbling when Tickford did in 2018.

A maiden solo race win at The Bend last month was great, but at Bathurst he performed brilliantly on the sport’s biggest stage. His Shootout lap was particularly special – it was McLaughlin-esque.

Victory or not, Waters stood up to be counted at Bathurst and now must be thought of as a genuine title threat in 2021. And that’s a great thing for the championship.

Davison appeared a little uncomfortable as a co-driver in the race's crucial moment, but showed enough to remind everyone that he deserves not only a full-time seat, but a front-running one.

He will surely be back in 2021… and as motivated as ever. 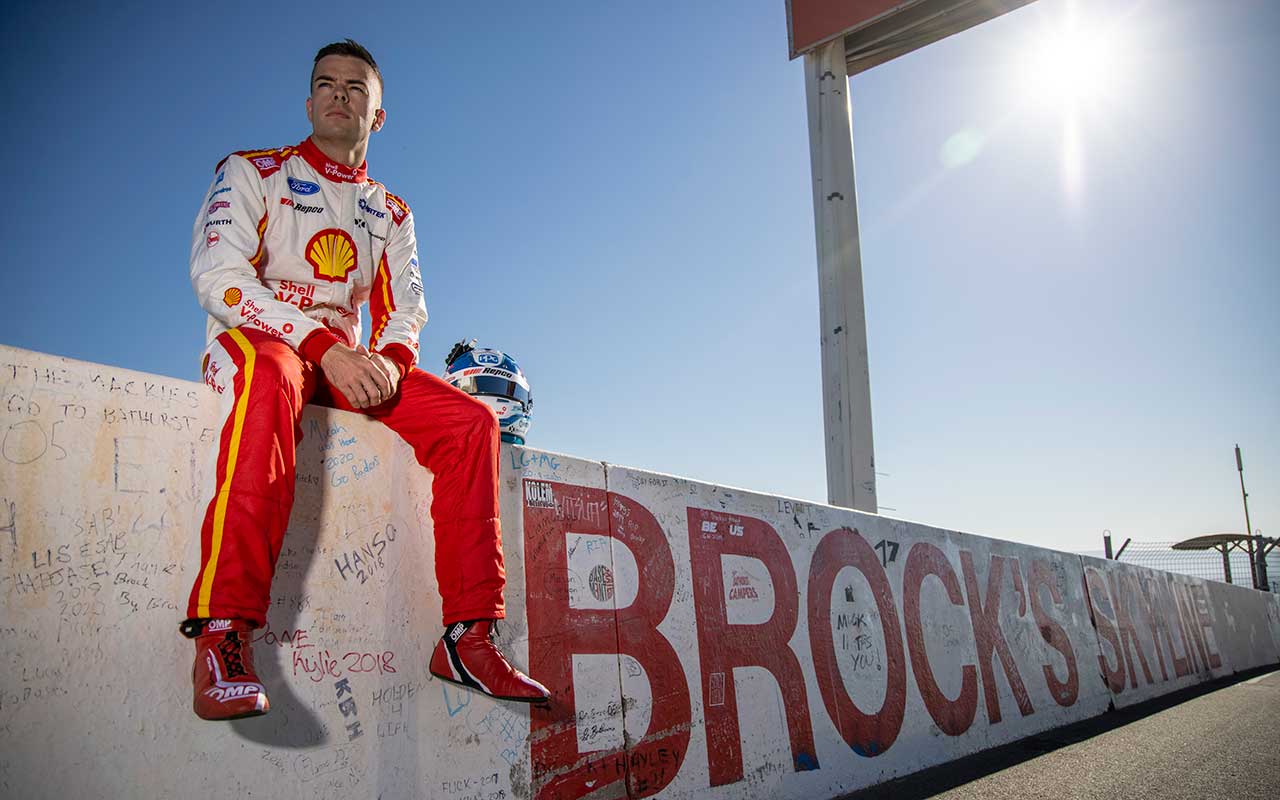 Perhaps the surprise of the Bathurst weekend – Whincup’s crash aside – was the somewhat muted performance from Scott McLaughlin and Shell V-Power Racing.

Sure, the fact co-driver Tim Slade had been forced to do an extra stint due to an ill-timed Safety Car didn’t help. It dropped the car from second to fifth, in a race where track position was king.

But it was more than that. All weekend McLaughlin didn’t quite seem to have his usual pace. Being dusted by 0.4s in the Shootout - by another Mustang no less - was unusual.

McLaughlin’s fastest lap in the race was also nearly 0.4s adrift of the top time. There was clearly something missing. McLaughlin even had a rare clash with the concrete in practice trying to find it.

Whatever it was, you couldn’t begrudge McLaughlin a celebratory burnout. He has been the class of the field in recent years and a worthy winner of not only the 2020 title, but the Barry Sheene Medal too. 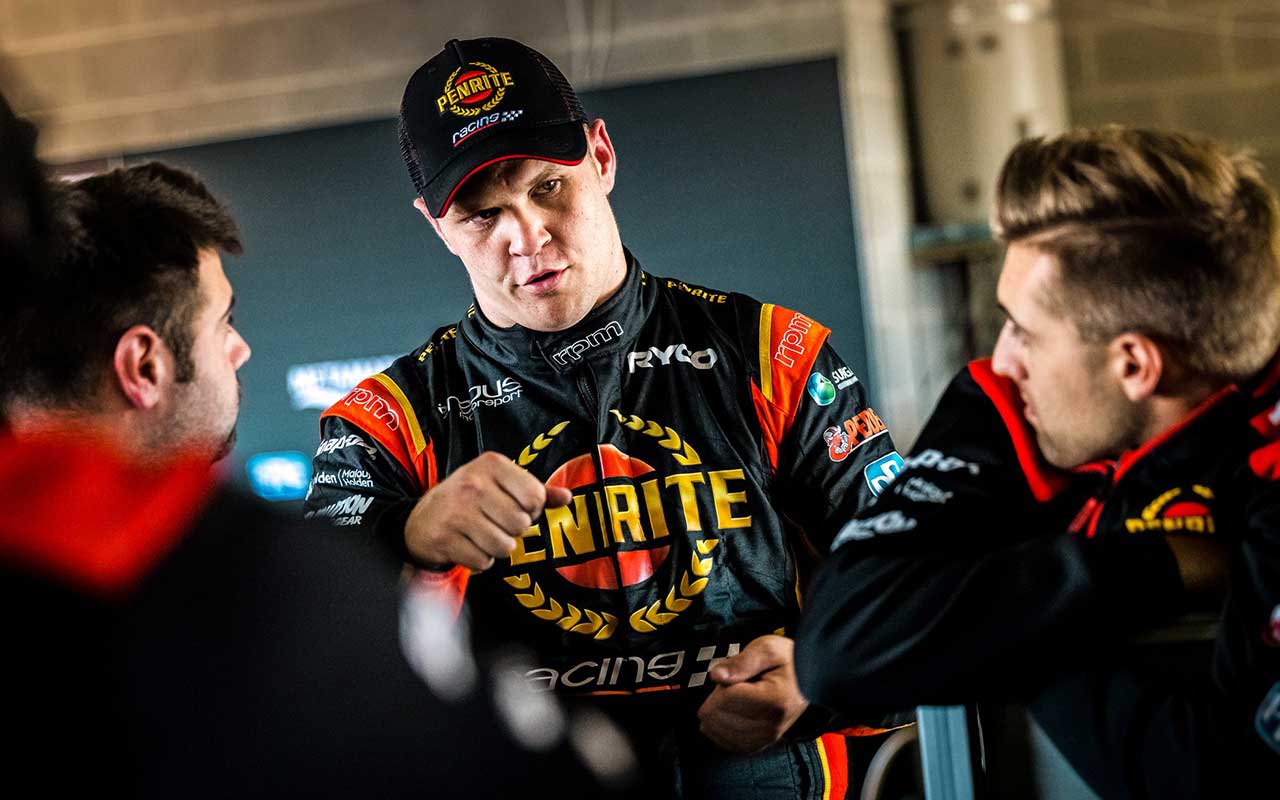 The co-drivers on the podium were all familiar faces. Between them, Garth Tander, Will Davison and Warren Luff have six Bathurst wins and 17 podiums to their name.

While none of the young guns scored trophies, one certainly left an impression. Whether that was good or bad depended on who you spoke to.

What is indisputable is that Brodie Kostecki, co-driving Anton De Pasquale’s Penrite Holden, raced hard. He was not afraid to fight, regardless of how many laps to go or who was in the other car.

Whincup came unstuck trying to get around him, while others had to bide their time. He ruffled feathers, but he commanded attention and earned some big praise from his team boss.

The end result was ninth in a car down on straightline speed and a clear statement that Kostecki is desperate to get on the grid full-time in 2021.

Such an outcome would be a great thing for Kostecki… and the category.

And to the fans… 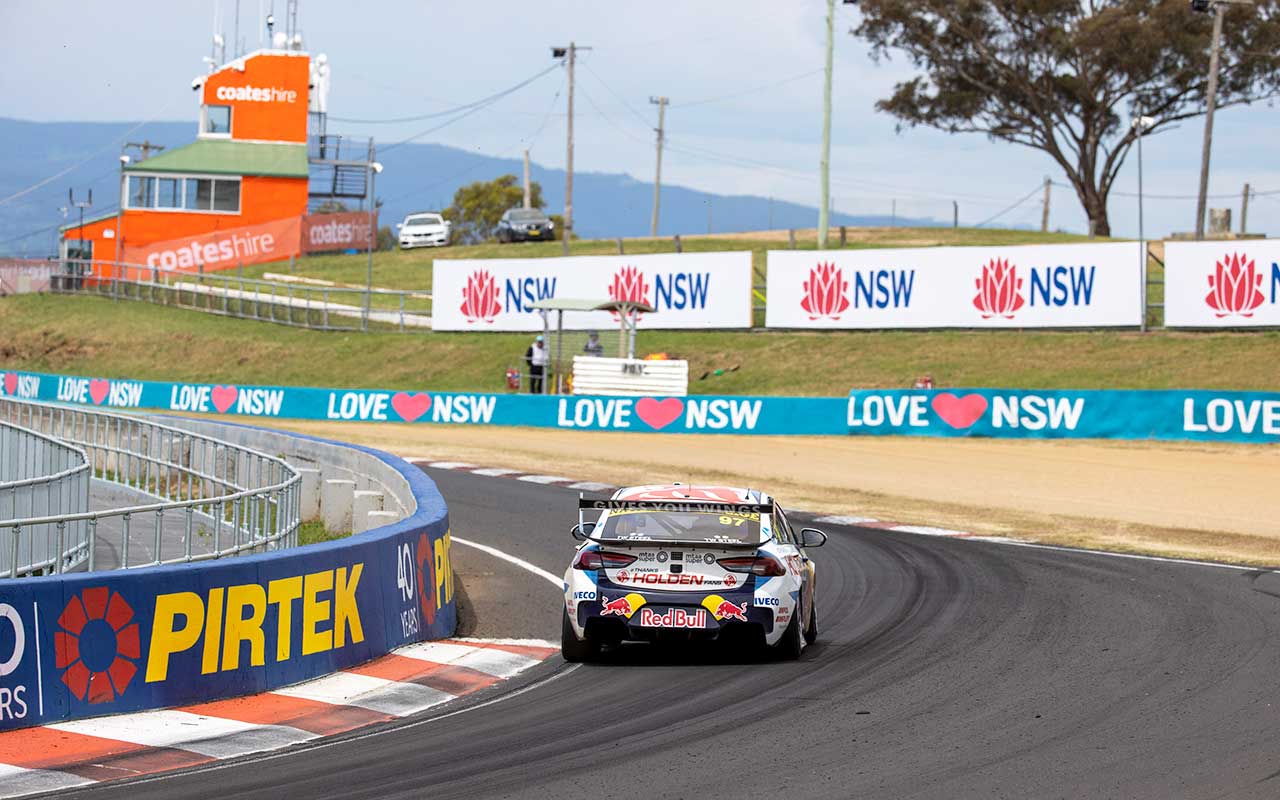 For all of that, the 2020 Great Race will be best remembered for two things – Holden scoring victory in its final appearance with a factory team, and the lack of crowd permitted due to COVID-19.

Van Gisbergen’s slowdown lap salute with a Holden flag and a car branded with ‘Thanks Holden fans’ made for magical television imagery and appeared every bit the fairytale.

But the most important element was missing; the fans.

Thankfully, as Supercars gears up for the Camaro and Gen3 in 2022, next October will provide one last year for Holdens to compete in the Great Race and this time, surely, with fans in attendance.

The modest crowd allowed under current government restrictions made for an utterly unusual atmosphere at the 2020 event – from setup day to the morning after.

All week there was emptiness in the paddock, where drivers and teams went back and forth from garage to truck without the presence of a single fan, sponsor or other well-wisher.

But it was most evident on the Mountain, where the sights, sounds and smells of the campsites that are every bit the signature and heartbeat of the event, were absent.

It was not how it should be, and yet the fact the event, and season, took place at all under such circumstances was a testament to the teams and Supercars staff who sacrificed so much to make it so.

They can all now take a well-deserved break… as we countdown to when it all starts again next year.