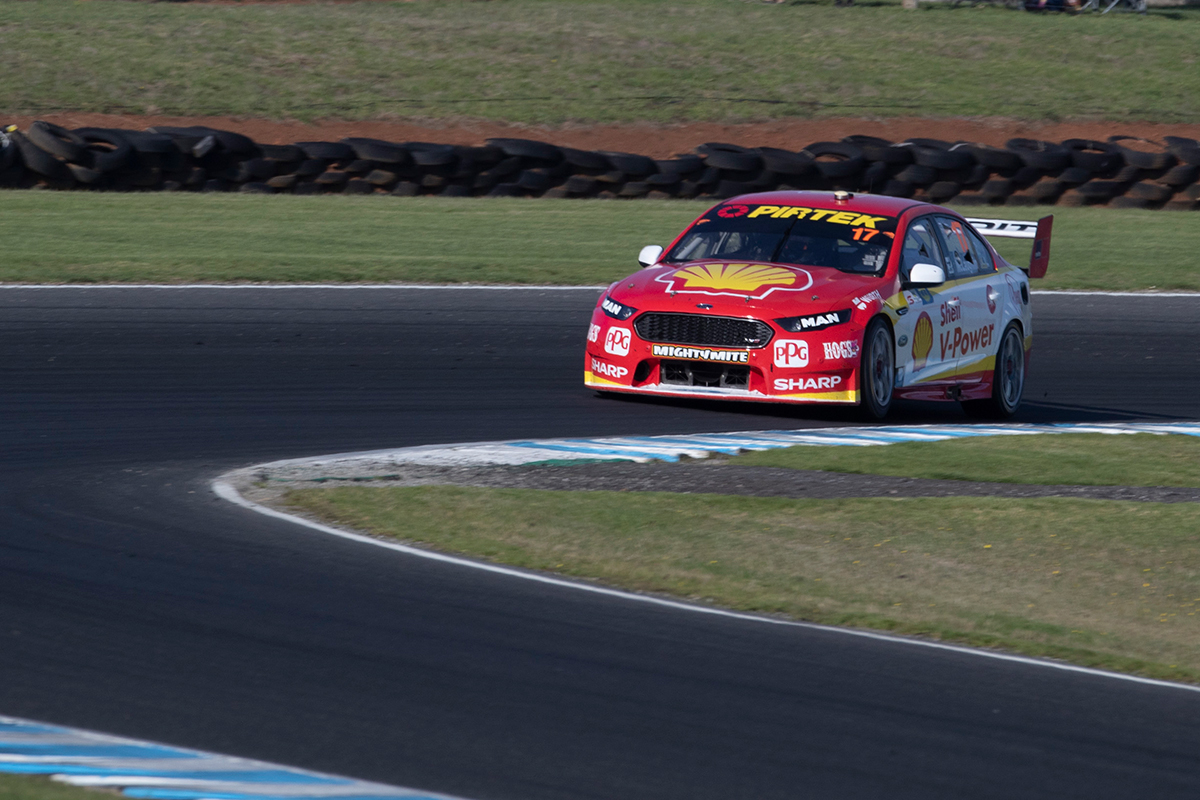 The Virgin Australia Supercars Championship headed to Phillip Island with Ford teams and fans buoyed by news the Blue Oval is coming back in 2019.

Ford’s announcement that the Mustang is entering Supercars next year dominated race week, and then its lead driver Scott McLaughlin dominated the WD-40 Phillip Island 500 itself.

From McLaughlin’s rampant form to Triple Eight’s quiet weekend with the new Commodore and Nissan’s breakout, Supercars.com looks at the big topics. 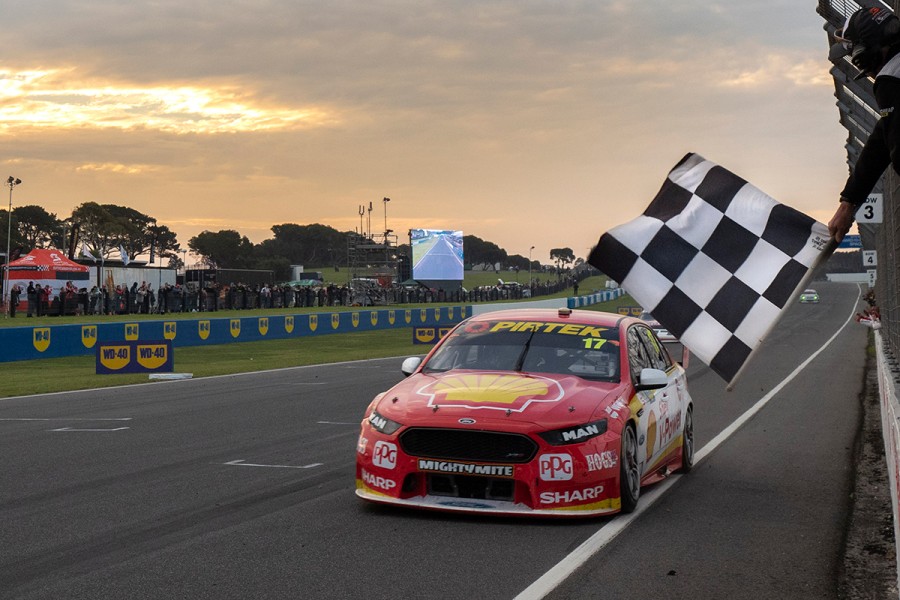 If all of the talk heading to Phillip Island was about Ford’s new-for-2019 Mustang, much of it crossing the bridge back into San Remo was about what McLaughlin did with its current model.

The 2017 title runner-up was almost belligerently-quick around 4.45km of road where any set-up weakness or hint of missing commitment is amplified.

Case in point was Sunday morning’s ARMOR ALL Qualifying session, which he finished 0.4014 seconds clear of the field, to take his sixth-straight pole at Phillip Island.

McLaughlin didn’t finish miles up the road on either day, but was a genuine cut above, managing the races in concert with Shell V-Power Racing engineer Ludo Lacroix.

He was visibly quicker when behind Jamie Whincup and David Reynolds, then made assertive - almost identical - moves at Turn 2 and never looked back on Saturday and Sunday.

It perhaps says more about McLaughlin, though, than the FG X Falcon that’s nearing retirement.

The Kiwi finished 13.5567s clear of the next-best Ford on Saturday and 5.2145s on Sunday, driven by Chaz Mostert and team-mate Fabian Coulthard respectively.

Coulthard had to come from the rear of the grid on Saturday after qualifying on the front row, getting up to 12th before taking fourth the following day.

Four events into the year, McLaughlin leads the championship by 60 points and is the only Ford driver in the top six, 252 points clear of Mostert in seventh, with Coulthard ninth.

McLaughlin now has all three of Ford’s 2018 race wins, all four of its ARMOR ALL Pole Positions and is looking in fine form.

…Some of them, anyway 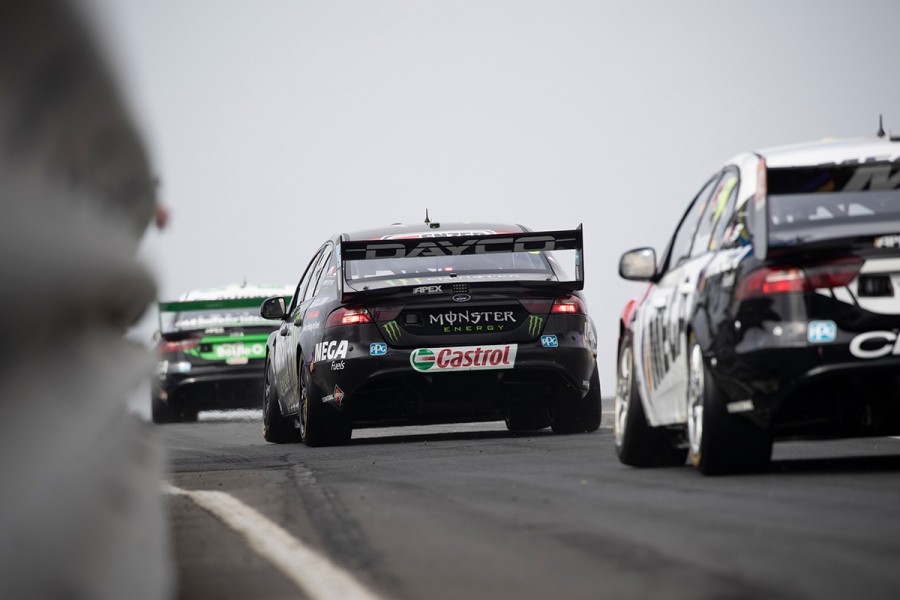 Tickford Racing now holds an unwanted stat, 10 races into the season, as the only multi-car outfit in pitlane without a podium.

For its four drivers, the rostrum must have felt a million miles away at both Symmons Plains and then Phillip Island in recent weeks.

A winner at Phillip Island 12 months earlier, Mostert was its top qualifier and finisher on Saturday, turning seventh into fifth, and moved from 11th to eighth 24 hours later.

Mark Winterbottom led the way in qualifying on Sunday in 10th, but chronic understeer meant his Falcon was breaking chords in the front tyres, considering himself lucky to even finish a subdued 15th.

Cameron Waters joined Mostert in the top 10 on the grid on Saturday but went backwards to 16th, faring one spot worse on Sunday, while rookie Richie Stanaway was 19th and 20th, the latter after a first-lap clash with Simona De Silvestro.

Understeer and the subsequent burning of front tyres was the over-riding issue, but team principal Tim Edwards felt its problems weren’t a repeat of those experiences in Tasmania.

There is a glimmer of light with Mostert finding something of a direction, but broader answers are needed, and fast. 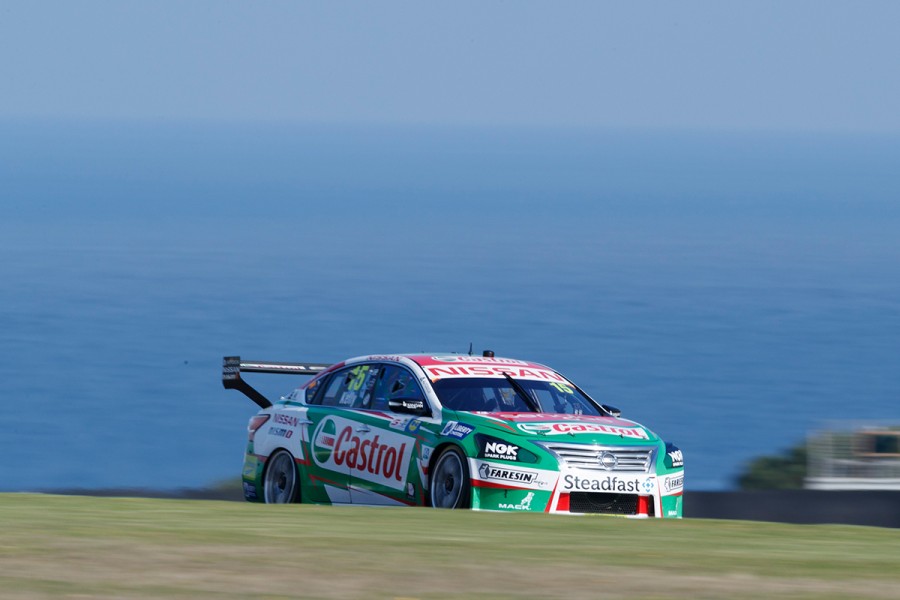 You have to go back nearly two years for the last time a Nissan driver finished on the podium in Supercars, Michael Caruso’s victory at Hidden Valley in 2016.

It has been a lean run for the factory Altimas since that June afternoon, but one that ended with a pair of fine podiums for the Castrol-backed Rick Kelly at Phillip Island.

Kelly was third on the road on Saturday, which became second with Whincup’s penalty, and then third on Sunday for his first dual-podium weekend since 2009, when Kelly Racing ran Holdens.

In the process, he also became the first Nissan driver to take multiple podiums on the same weekend.

Beyond that, take your pick for the biggest upsides from Kelly’s podiums in his 500th and 501st Supercars races:

- Finishing within five seconds of McLaughlin each day
- Backing up Saturday’s form on Sunday. When he took pole at Hidden Valley last year, he qualified 12th the next day
- That the team had to - and was able to - engineer the car into the window, having been outside the top 20 on Friday
- It took full advantage of the speed, and the strategy of short-filling to get clear air more than worked
- Set-up lessons from Kelly’s Altima helped Caruso join the fun on Sunday in fifth

A pair of overdue podiums does not make a season, which Nissan Motorsport will know, but harnessing the pace it felt was always in the Altima is a step in the right direction. 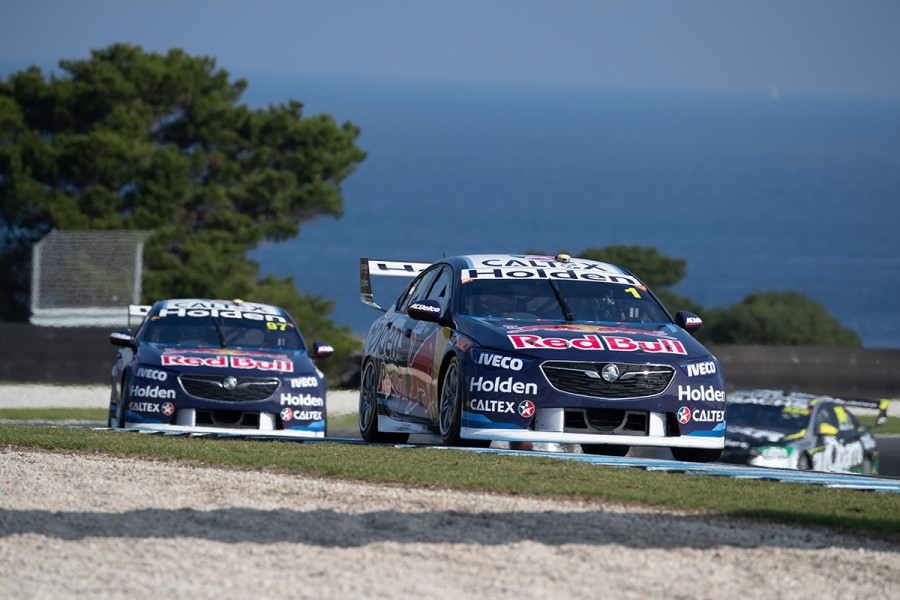 It’s safe to say Holden’s new ZB Commodore has made a pretty dandy start to its Supercars life.

The Triple Eight-developed package had won seven of the first eight races and Phillip Island was expected to suit it.

Having taken five of those wins, though, Triple Eight had what could best be classed as a quiet weekend - in the results, anyway - unable to tune the car into its sweetspot.

Whincup had no answer for McLaughlin on Saturday afternoon, but still crossed the line second before falling to 14th with his penalty for disengaging the pitlane speed limiter too early.

With his car subsequently “de-tuned”, he could only manage a conservative eighth from fifth on Sunday, going from championship leader to fifth and 142 points adrift across the weekend.

Shane van Gisbergen and Craig Lowndes fared somewhat better, finishing third and fourth and then sixth and seventh, but hardly without incident.

Van Gisbergen battled an intermittent power-steering failure on Saturday, then hatched a deal to let Lowndes past to chase Kelly ahead.

Unable to catch the Nissan, Lowndes handed the position back on the last lap, but was “annoyed” to have to do so.

Pitting late gave van Gisbergen fresh tyres for the run home on Sunday and he picked his way through the bottom half of the top 10.

He did, though, tag and send Lowndes off the road with three laps to go, before making a clean move the next time around. It capped an awkward weekend between the pair. 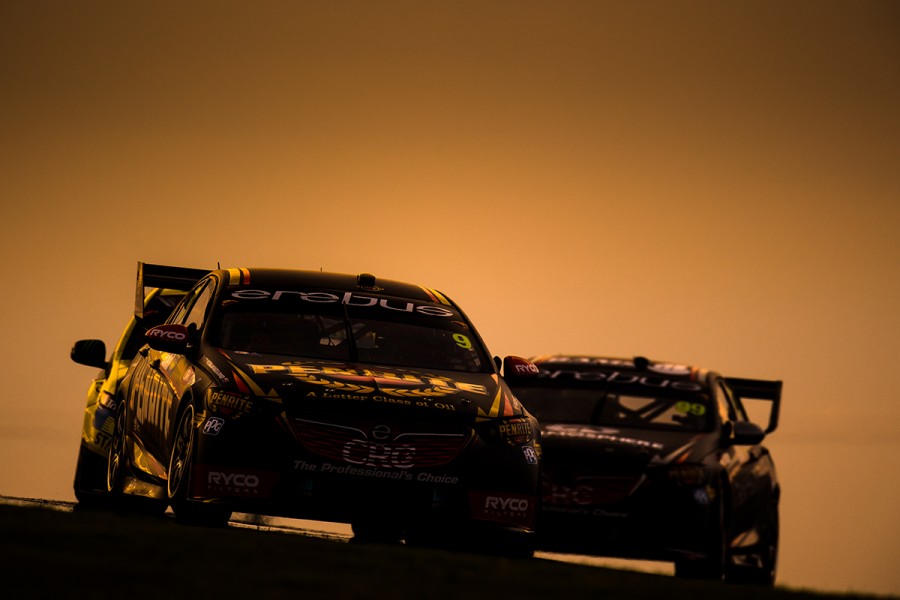 De Pasquale is the top rookie in the championship in 18th, and has already qualified inside the top 10 three times.

That included a pair of eighths at Phillip Island, the first of which turned into seventh in the race, right behind Reynolds.

He was caught out by the Safety Car on Sunday, double-stacking in the lane, and ultimately finished 16th, but played a key role in Reynolds’ trip to the podium.

During a rookie test at Winton following the Symmons Plains event, De Pasquale and Erebus tried some new tweaks that made their way onto the Commodores at Phillip Island.

De Pasquale stuck with it after practice, while Reynolds “tried it, thought it was dogshit, took it out” but saw the error of his ways on Saturday evening.

Leaning on his rookie team-mate’s set-up was just what Reynolds needed to go from finishing 18.3s behind McLaughlin to challenging for the win.

It’s all well and good predicting a new driver will challenge an incumbent, but De Pasquale is doing that, a handful of events into his Supercars career.

That’s something Reynolds hasn’t had since he joined Erebus in 2016, and it can only benefit his title bid.