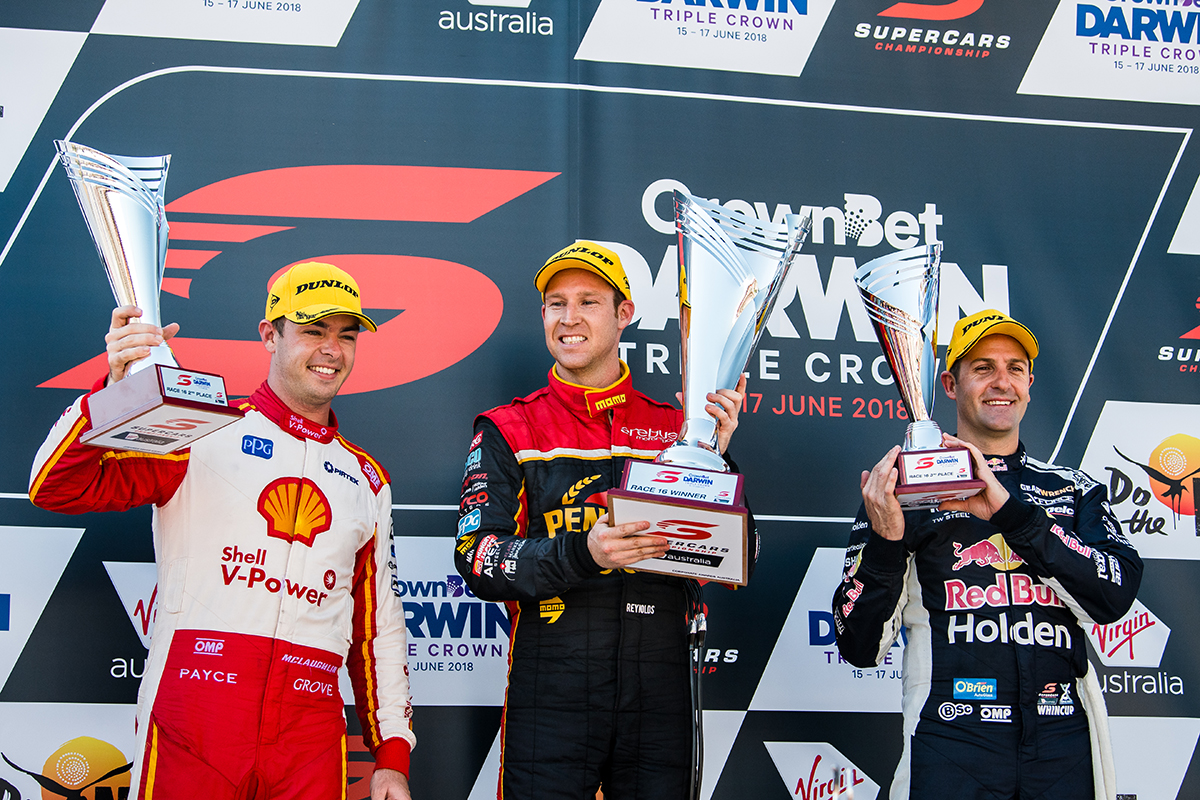 After a four-week break that marked the end of the first phase of the 2018 season, the Virgin Australia Supercars Championship headed to the Top End.

The CrownBet Darwin Triple Crown was also the halfway mark of the campaign, Hidden Valley hosting the 15th and 16th of this year’s 31 races.

Others drivers and teams shone, others toiled and it didn’t necessarily stop after the chequered flag. 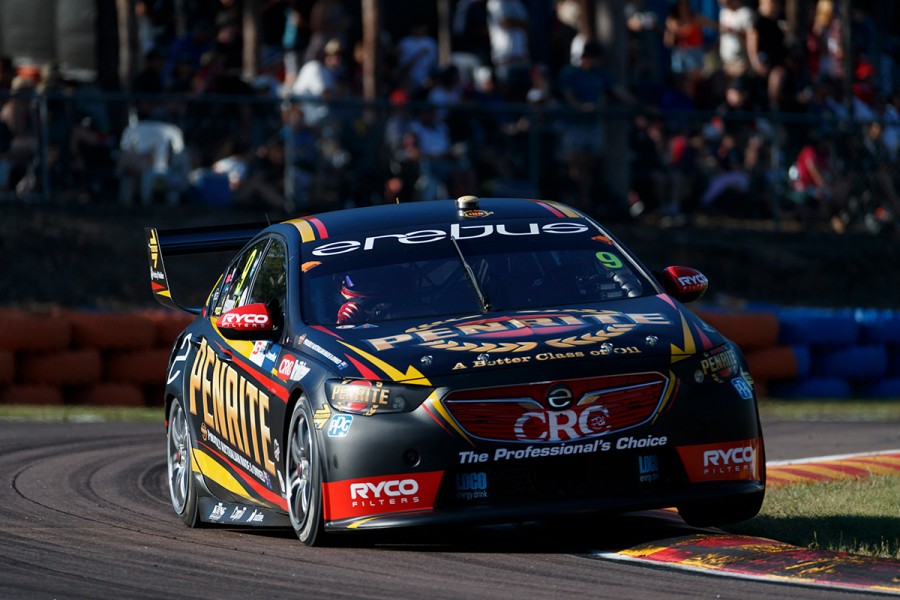 The first real blip in Erebus Motorsport’s 2018 season came at Winton, Reynolds losing 150 points to McLaughlin, but the way it bounced back in Darwin was first class.

If you take out winning Bathurst last October, this was clearly Erebus’ best weekend in five-and-a-half seasons in Supercars.

Reynolds took his first ARMOR ALL Pole with the outfit on Saturday, while rookie team-mate Anton De Pasquale grabbed a standout third on the grid.

They had to settle for third and 11th in the race, but both made Sunday’s Shootout, De Pasquale’s form in regular qualifying prompting Reynolds to, as he put it, “pull up my socks”.

From fourth on the grid, Reynolds swooped at the first corner with what he described as a “balls out” move around the outside of Rick Kelly and McLaughlin.

The Penrite Holden controlled the race from there, Reynolds taking his second victory of the campaign, to reclaim third in the standings.

De Pasquale finished 15th from 10th on the grid, but showed plenty of class again, at a circuit he’d never driven in anything.

“To bounce back with pole, third and a win, it’s been an amazing week,” Reynolds told Supercars.com.

“I think we still had the pace in the car at Winton, just circumstance led to getting buried in the pack and having a crash and then it’s the follow-on effect. It was just the way it rolls, unfortunately, that’s motorsport.

“This weekend, nothing really went wrong. We had two fast cars in the garage, which is an extremely good thing.” 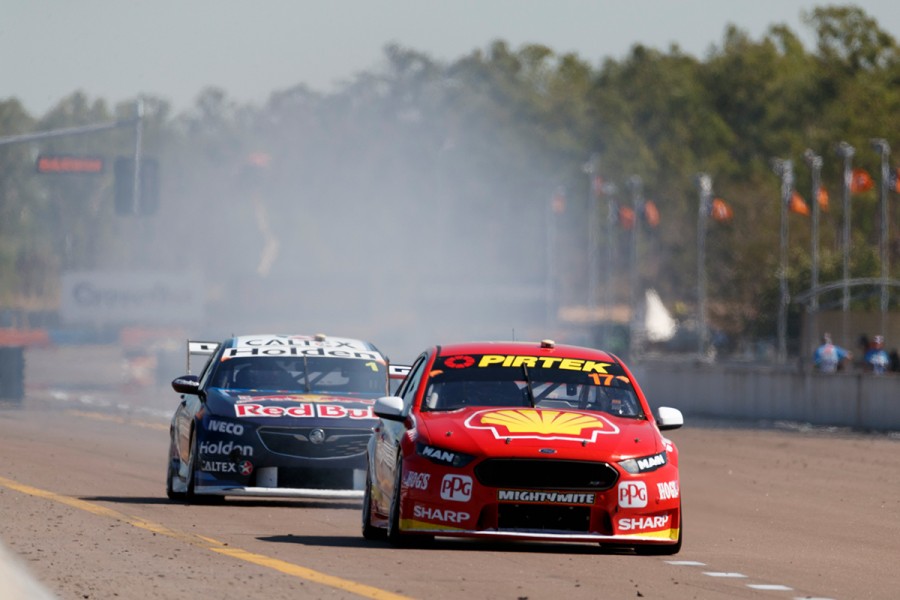 That sinking feeling must have kicked in within the Shell V-Power Racing garage when temperatures went up on McLaughlin’s Falcon and oil smoke started coming out.

An aggressive approach on aero blanking was fine when McLaughlin was in clear air at the front of the field on Saturday, but it was not best-suited to following other cars.

Sitting behind Kelly’s Nissan during the second stint, McLaughlin received warnings, including a radio message from Ludo Lacroix that he had “hot oil”.

The championship leader was able to get clean air by jumping Kelly in the second stops.

That ultimately did the trick, paired with a cheeky oil top-up from the #17 crew while stationary.

The Falcon smoked heavily exiting pitlane directly in front of Jamie Whincup, which prompted questions of a mechanical black flag.

None was forthcoming, but the bigger concern was surely the engine crying enough.

It didn’t, but you only have to go back to Bathurst 2017 to find a McLaughlin engine problem that cost him a bag of points…

With a win and a second in Darwin, McLaughlin added another 30 points to his championship lead over Shane van Gisbergen.

He flew a lone hand for Ford at the front, the next best Falcon starter 10th and finisher 12th on Saturday, before team-mate Fabian Coulthard finished eighth from eighth on Sunday.

Tickford’s troubles continued, 12th in each race its best result, but its drivers did at least leave Darwin optimistic there might be light at the end of the tunnel. 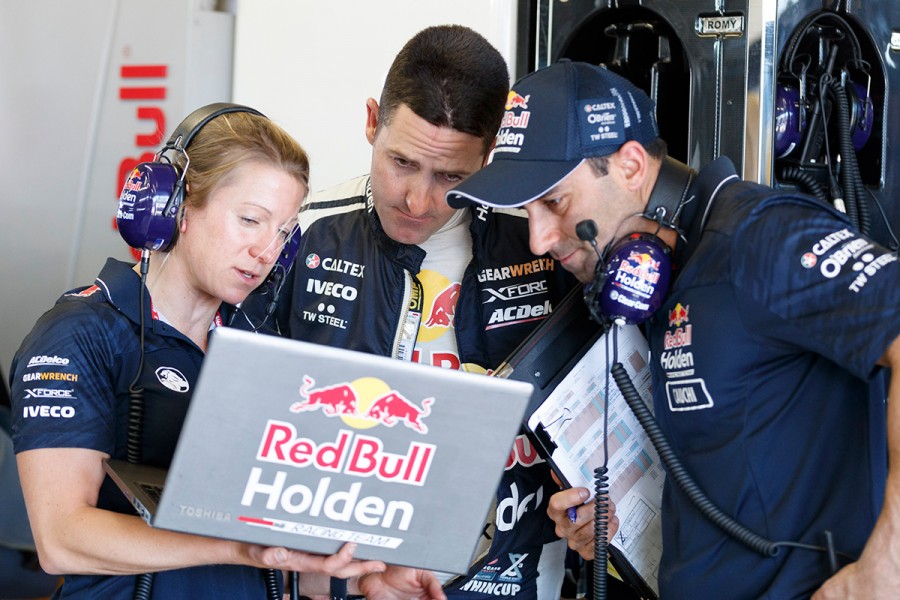 More fishing to do for Triple Eight

After practice on Friday, Whincup likened Triple Eight’s search for direction with its new-for-2018 ZB Commodore to going back to a favoured fishing hole.

“The new pond we were trying to fish the last three or four rounds, there was no fish there, trust me,” he said.

Having got “a few bites” that afternoon, Whincup finished the weekend with third on Sunday, his first podium since the Symmons Plains event in April.

In the three events between, Triple Eight and Whincup had battled niggling mechanical problems and struggled for consistently quick single-lap form.

A test day at Queensland Raceway between the Winton and Hidden Valley events was considered key, to help the team stop having to do too much fishing during race meetings.

Whincup started sixth and third in Darwin, finishing eighth and third, and declared himself largely pleased with how his Red Bull Holden fared.

The seven-time champion reckoned he would have beaten McLaughlin to second if not for stalling at his second stop, but admitted victor Reynolds was “in another league”.

Van Gisbergen made inroads each day to take a late-stopping second from fifth on Saturday and then fourth from 11th on Sunday, while Craig Lowndes took seventh and 10th from 12th and 14th.

“We can’t keep trying to fight for a championship from three rows back,” van Gisbergen surmised. 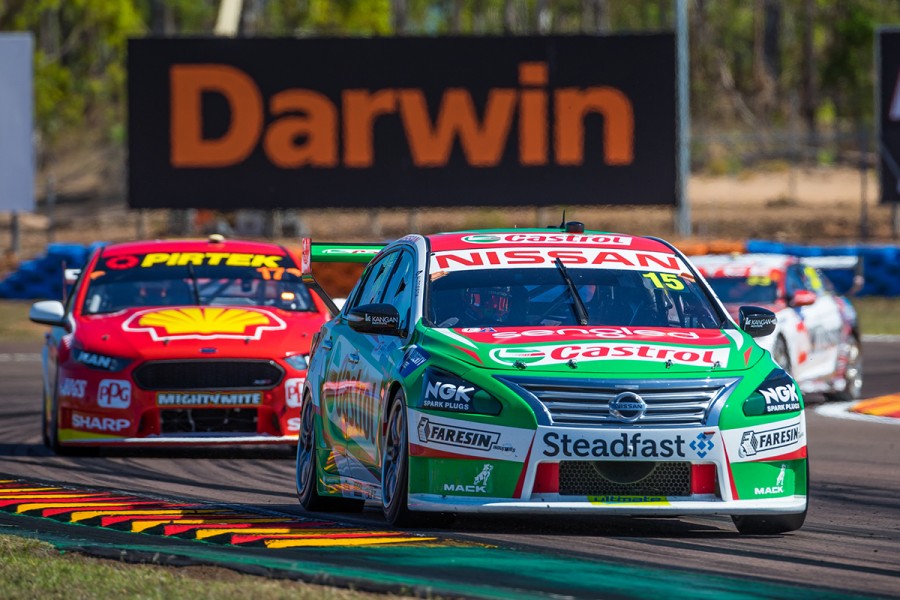 Another tick for Nissan

Hidden Valley joins a growing list of circuits where Nissan Motorsport’s Altima has proven competitive in 2018.

Rick Kelly led the line again, following his Winton victory, with sixth his lowest position in any session over the weekend.

That included topping opening practice and taking his first pole since the Hidden Valley 2017 weekend in Sunday’s ARMOR ALL Top 10 Shootout.

He finished the race fifth, to go with sixth on Saturday, general manager Scott Sinclair saying there was no clear time loss that cost the Castrol Altima.

Having gone without a top 10 finish through the first eight races of the season, Kelly now has seven in the last eight to his name, including six top sixes.

Michael Caruso joined Kelly in the top 10 on the grid each day, finishing 10th on Saturday despite a Turn 1 off hurting his long-running strategy, and ninth on Sunday. 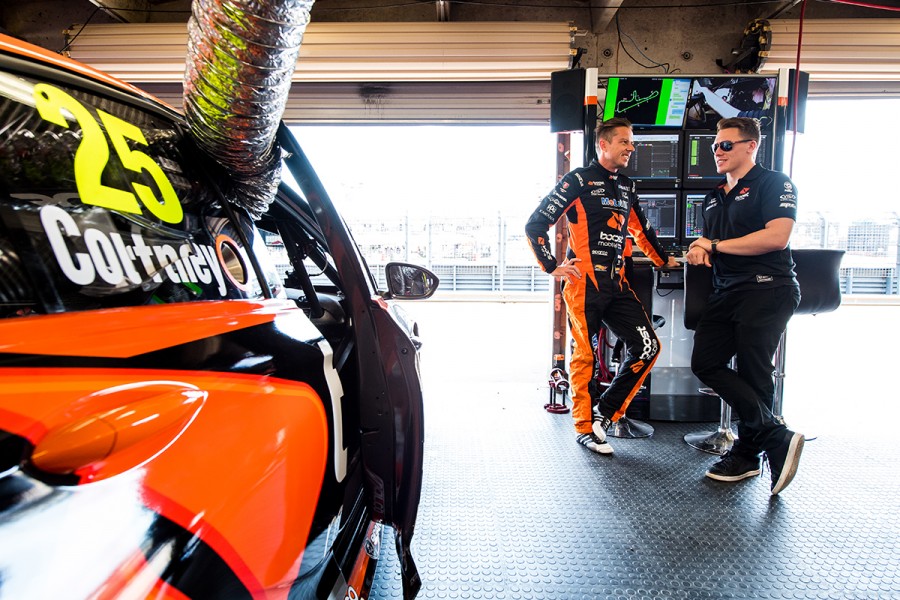 The action didn’t stop when the chequered flag came out on Saturday afternoon, with James Courtney and Richie Stanaway clashing at Turn 5 on the cooldown lap.

Stanaway was handed a five-second time penalty by stewards for bumping Courtney wide at the final corner on the last lap, as they disputed 23rd place.

Courtney’s Mobil 1 Boost Mobile Commodore drew back alongside the RABBLE Falcon on the in-lap, as the 2010 champion remonstrated with the rookie.

The pair made contact at Turn 5 and ran wide, Courtney on the inside deemed guilty of careless driving and fined $1,000 by stewards on Sunday morning.

Courtney’s unhappy weekend improved from there, making the Shootout, starting ninth and finishing 11th on Sunday.

Scott Pye led the way for the Holden squad on Saturday with fourth, cutting through the field late with van Gisbergen and fifth-placed Garth Tander after delaying their tyre changes.

He was a delayed 20th on Sunday, after picking up a puncture 10 laps from home trying to pass Chaz Mostert for 12th at the final corner.

Pye remains sixth in the standings, with Courtney 10th.