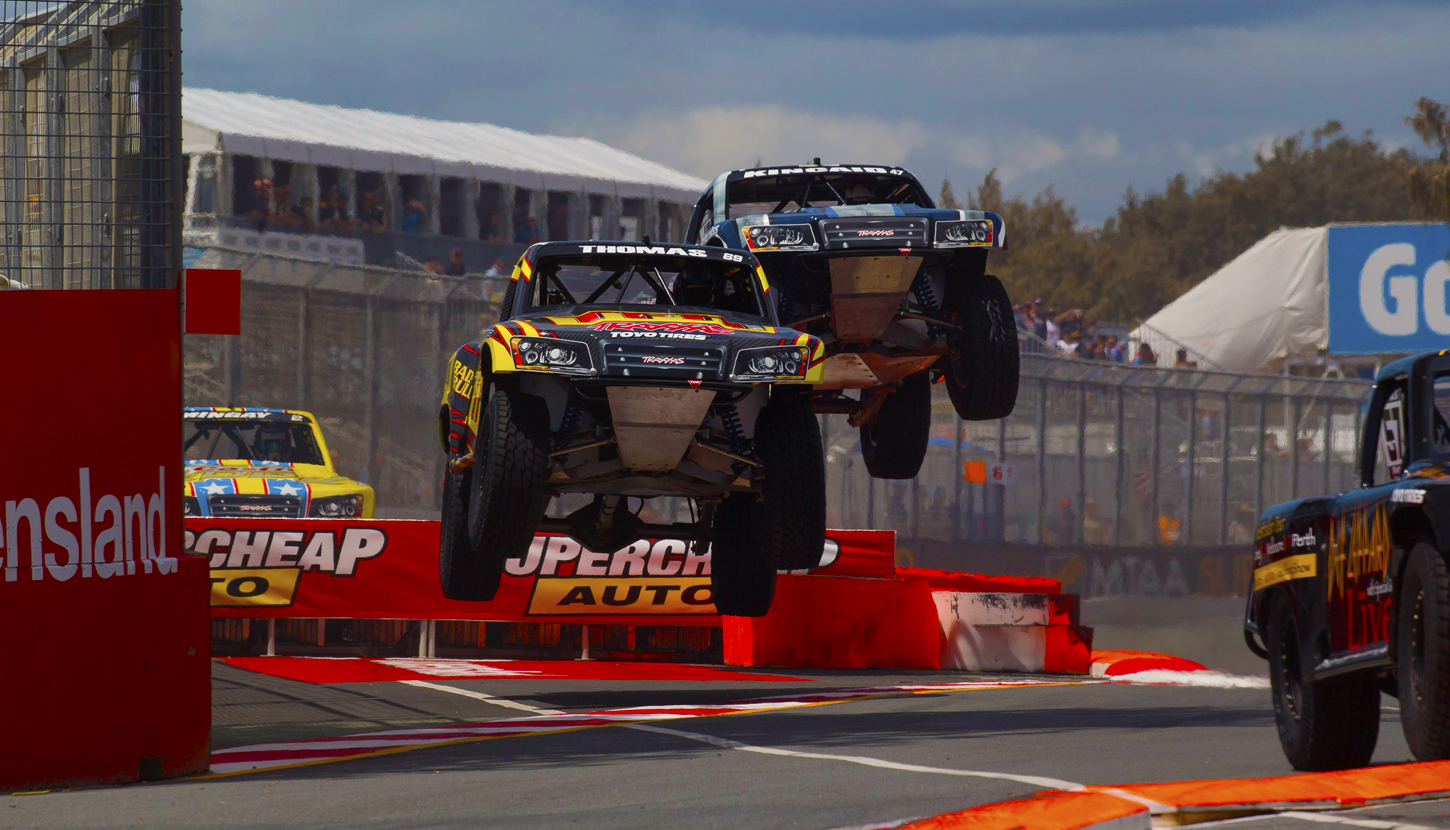 Fresh off the back of dominating the Finke Desert Race, Toby Price is ready to get back behind the wheel of a Stadium Super Truck during the CrownBet Darwin Triple Crown support action.

Showing his diverse array of abilities, Toby Price is back in an SST and ready to go head-to-head with Paul Morris and fellow off-road racer Brad Gallard in two demonstration runs this weekend.

Price is filling in for the injured Matt Mingay, who is on the mend after his Detroit crash. You’ll be able to catch the Saturday demo live on Fox Sports 506.

While everyone’s going gaga for GT3, this one make Porsche series has quietly been chugging along delivering one of their best seasons ever.

Three rounds in, three different winners and their Pro-Am event was off the charts, courtesy of Shane van Gisbergen driving through the field like it was a video game on easy level. (If you haven’t seen the onboard video look it up.)

This category has more depth than an Olympic diving pool, so much so Steven Richards is a lowly seventh in the points. Nissan enduro driver Matt Campbell leads the way but I’m tipping Ash Walsh and Alex Davison to claw back some points this weekend.

Walsh has been driving like a bloke who has unfinished business with the Supercars paddock and the older of the Davison boys is the only guy in the field who has won here in PCCA in the past.

Here’s a list of things that are going to happen in Darwin this weekend: The weather will be hot, the NT Times will produce hilarious headlines, there’ll be lots of crocodiles around and John Bowe will win.

JB’s SL/R 5000 Torana is made for Hidden Valley. It has the legs for the straight, it handles like a Supercar around corners and its braking ability will serve Bowe well in the reverse grid race.

Now watch Jim Richards, Glenn Seton or Steven Johnson make me look silly because the reality is, it’s never that simple and TCM is extremely competitive. Game on.

Thirty-six Aussie Racing Cars are returning to the track where we saw some of their best racing last year.

We know how vital the slipstream is with these mighty little cars and the one kilometre long landing-strip-style straight at Hidden Valley will be where the action is at once again this year.

Teenager James Duckworth is leading the points after a couple of podiums this year but there’s a good ten drivers that could win this round so I won’t even bother trying to pick a winner.

Having said that, Paul Morris will be racing with these guys again too so he’ll be a threat.

The key to success this weekend? Use the slipstream to qualify well and try not to be leading coming out of the last corner!

As always the local racers will be taking centre stage for a few races too and as always it’s an eclectic mix in the Top End.

An all-in race with Improved Production, Commodore Cup and HQ Holdens will be on track three times and should have a really cool mix of cars.

You’ll be able to catch the Darwin undercard races live on Fox Sports 506 this weekend.