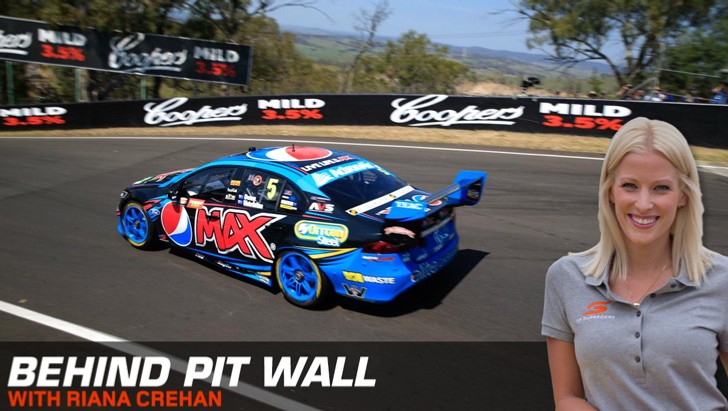 We are coming up to the penultimate round of the 2015 V8 Supercars Championship, after starting 41 weeks ago at the sydney.com SuperTest at Sydney Motorsport Park.

We have 600 points remaining with technically six drivers still able to claim the championship. Realistically, only three of them have the chance to go into Christmas withwhat so many will only ever dream of.

It has been a pretty incredible season for somewhat 'strange' reasons. Definitely not something you could have predicted back in February.

We kicked off the Clipsal 500 in usual style - six-time champ Jamie Whincup came out of the blocks firing two Pole Positions and a race win. We all kind of thought, 'here we go again' on Saturday night. He is going become the all time great, break ANOTHER record with seven championships, another year of ridiculous domination and the rest of the 24 drivers will go into the off season scratching their heads.

But it just wasn't to be.

Arguably his toughest season since 2006, he has finished inside the top two in the Championship since 2007 - a ridiculous achievement!

But with engineering changes, 'disobeying team strategies' and 'alleged friction' within the Red Bull ranks, what we do know is one of Whincup's biggest strengths is bouncing back. He said in New Zealand, 'I feel like I am back'...

I wrote back before Clipsal that Mark Winterbottom has 'the weight of the blue bleeding fans on his shoulders to find form early in 2014'.

I'm not going to say it was my words that gave him the shove he needed but just saying - form he found!

He didn't quite get it happening at the Clipsal 500 but next stop, the Australian Grand Prix where he clean swept the entire weekend, qualified on pole and won every race and basically never looked back. Nine wins, 15 podiums, 12 front row starts and 24 top 10 results from 30 races. He has led the championship since Race 12 at Winton and is in his best position yet to win the thing he has been chasing for the last 10 years.

It is possible he can wrap up the title this weekend but it would be difficult. He would have to win all three races, something that no one has ever done before...

So far this year we have completed 30 out of 36 races. We have had nine different winners and 16 different drivers stand on the podium, five changes for the championship lead and nine guys start from pole position.

Every driver bar one out of the 25 has had at least one top 10 race result and all five manufacturers have sprayed champagne at one stage!

We have three teams that have a genuine chance of being the number one team for 2015 and two manufacturers are having a serious battle for the outright honours for the first time in many years (16 Ford versus 13 Holden).

It's been a weird old year for other stuff as well. We have had nearly half of the field succumb to injuries at some stage throughout the year, starting back at the opening race the Clipsal 500 with David Wall sustaining serious burns to his foot, then the list went on - Lowndes, James Courtney, Chaz Mostert, Scott Pye, Will Davison, Nick Percat and David Reynolds.

2015 was the year that saw Russell Ingall dust off his stack hat and make history by driving two different cars back-to-back. It is also the year of 'watch your back'.

Two rookies coming into this weekend have been dropped from their regular seat, one for a guy that has been out of a full-time seat since 2008 (Ash Walsh for Dean Canto) and the other for what is essentially another 'rookie' on trial for 2016 (Andre Heimgartner for Chris Pither).

Whether you agree or not, it's all very strange...

So with all that said, we head into WD-40 Phillip Island SuperSprint - the penultimate round for 2015 - one of the most incredible circuits on the V8 Supercars calendar.

Absolutely spectacular scenery, a penguin parade just a stone's throw away and a racetrack where V8 Supercars look fast and on the edge of out of control.

Fast, flowing, long loaded corners is how Phillip Island is described by every driver, which in turn results in high tyre degradation.

Given it's a sprint round, this will only really be a big factor on Sunday. Qualifying, as always, is vital as safety cars can be frequent and in 2014 stacking during a safety car became an issue for teams and an unsafe release resulted in Reynolds receiving a PLP.

Turn one, lap one is always one of the most exciting corners we see - the approach speed up to 285km creates intensity and hold your breath moments. Fingers crossed we get a race that delivers a battle like we were gifted last year with Garth Tander versus Scott McLaughlin down to the wire.

- The Championship will be decided at Sydney
- Lowndes will continue his great record at PI
- The FGXs will be super fast.