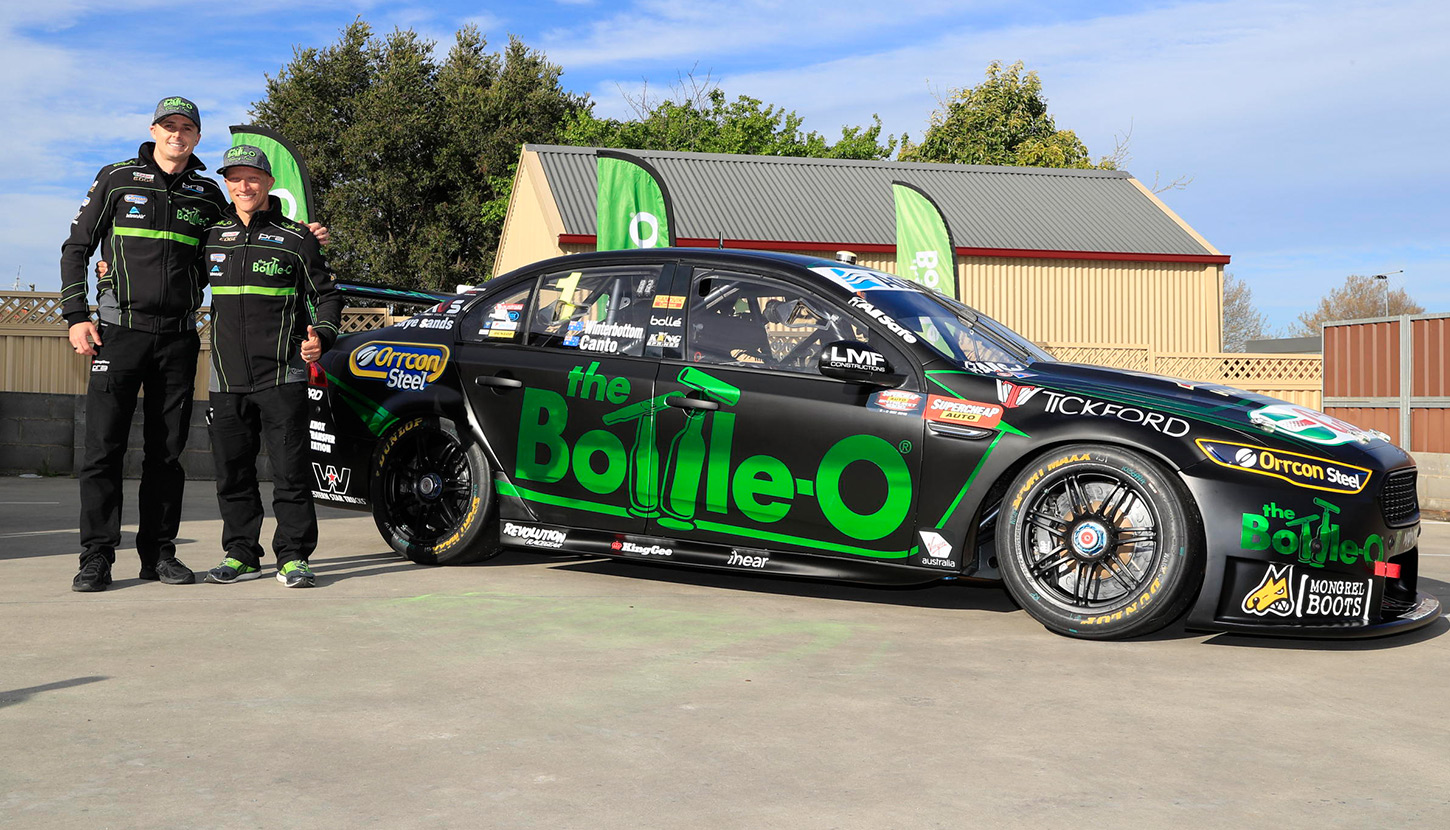 The Bottle-O Racing Team celebrates 10 years of involvement in the Supercars field at the 2016 Supercheap Auto Bathurst 1000 with a celebratory livery to mark the milestone.

Since making its Supercars debut in 2007 with current Prodrive Racing (Australia) co-driver Steve Owen, the brand has been represented by a multitude of high-profile drivers including Tony D'Alberto, Dean Canto, Paul Dumbrell who secured The Bottle-O's first race win at the Sandown 500 in 2010, David Reynolds and current driver, Mark Winterbottom.

In celebration of the milestone, Winterbottom's number one Ford will feature a matte black and green chrome livery at the Bathurst 1000 with a custom roof designed specifically for the occasion.

"The Bottle-O Racing Team has been such a great team to be a part of since being handed the keys to The Bottle-O Ford at the start of this year," said Winterbottom.  "They have already given me numerous opportunities in the short time I have been with their team."

"To get a win for them in Perth was really special. I'm excited to debut the livery on track on Thursday and fight for a Bathurst win."

Team owner Rod Nash thanks the brand for its ongoing support of the Prodrive Racing and Rod Nash Racing stable.

"The Bottle-O first joined us with Rod Nash Racing in 2007 and they have been an important part of the team ever since," he said.

"As a team and as a brand we've grown together and to see the green colours on the number one car this season was really exciting.

"The style of this independent brand in the Liquor market matched with the very ominous 'Green Machine' Supercar I think has done the brand proud and at the same time the team have been very proud in representing and leveraging this commercial arm of The Bottle-O. It's been a fantastic partnership.”

"From everyone at Rod Nash Racing and Prodrive Racing, I'd like to thank The Bottle-O and all the great staff and suppliers for their ongoing support and raise a glass to a fantastic 10 years in the sport."

The Bottle-O CEO Scott Marshall says: “This milestone represents a significant achievement for the 300 plus independent The Bottle-O retail stores who have been part of the local racing community for over 10 years."

"We are proud of our long-standing partnership and seeing The Bottle-O Racing Team go from strength to strength and celebrate some spectacular wins is great both for our retailers and our loyal fans."

The livery will make its on-track debut on Thursday October 6 in practice at the Supercheap Auto Bathurst 1000.