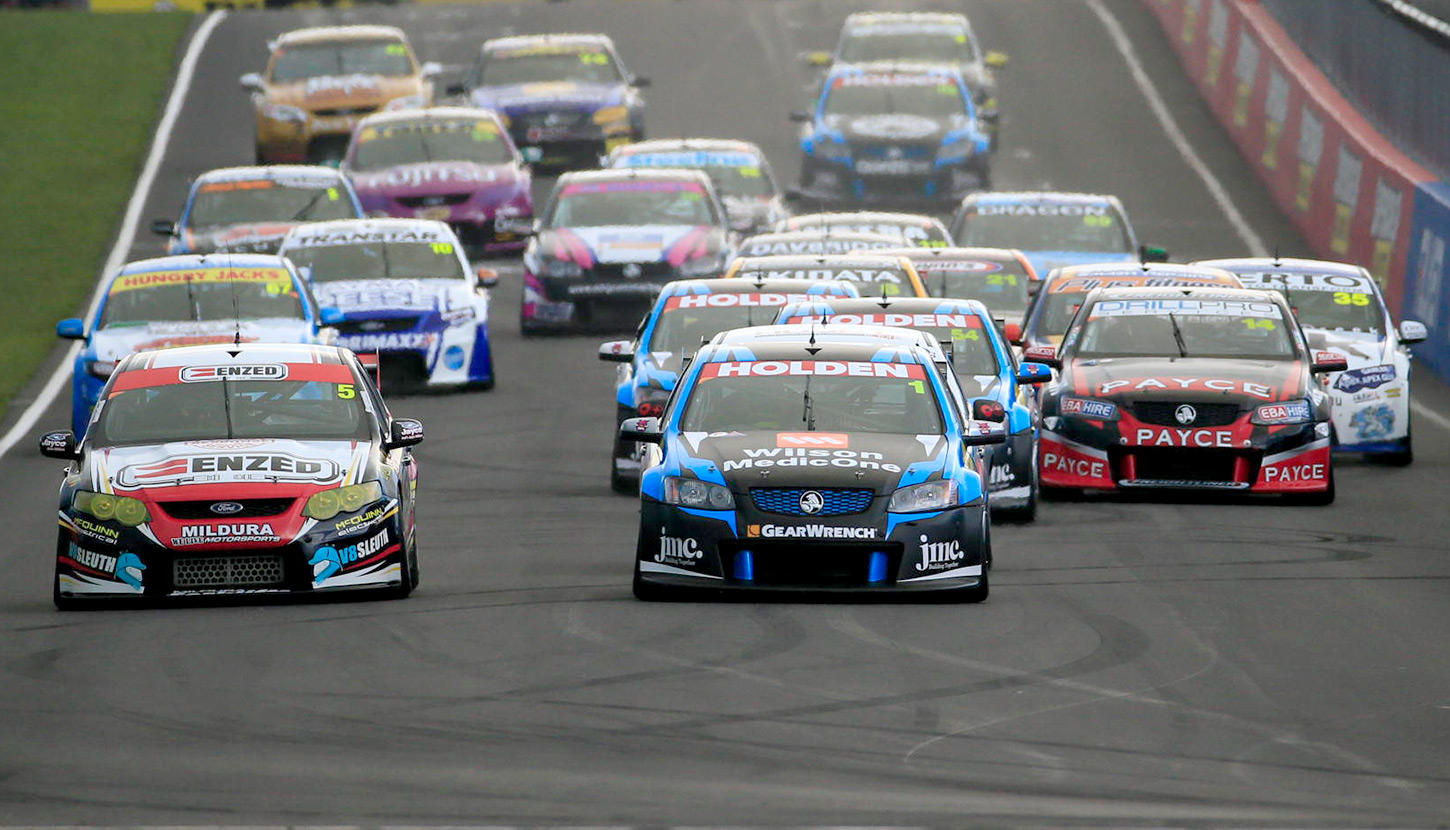 Garry Jacobson can win the Dunlop Series this weekend. He has a 67-point lead over his teammate Jack Le Brocq and with 300 points up for grabs in the mini-endurance race he can put the championship out of reach ahead of the last round.

He would need a bit of luck to go his way to put Le Brocq and James Golding out of mathematical contention but Paul Dumbrell managed to turn a smaller gap in the points into a championship at Bathurst in 2014.

Speaking of Dumbrell, he could be one to watch this weekend as there is a chance of a shower during the Saturday race. He dominated in similar conditions last year and he probably needs a bit of rain to negate the difference between the new and old cars.

This race is considerably longer than any other Dunlop Series race on the calendar so don’t be surprised if a few competitors elect to bring in the assistance of a co-driver.

Right when you thought Matt Campbell had the Carrera Cup championship locked up a small mistake at Sandown opens the door again for Alex Davison.

Luckily for Campbell, who has just returned from competing in the Porsche Junior program in Germany, Bathurst is a track that he excels at. He took pole here last year with an effort that broke the qualifying lap record by more than two seconds, so yeah he goes alright here.

Two-time Bathurst 1000 winner Tony Longhurst will make a one-off appearance in Carrera Cup this weekend, looking forward to seeing him on track during the three races that each consist of nine laps.

This is something the fans are going to love – a full field of muscle cars screaming around the mountain just like the old days.

Helping the Touring Car Masters to achieve this delight will be 26 cars from the Central Muscle Car Series in New Zealand.

The two championships will do battle in the three races that make up the Wilson Trans-Tasman Challenge and picking a winner will be genuinely tough.

Typically the usual suspects like John Bowe and Glenn Seton run at the front of the pack but our Kiwi visitors run to a different rulebook that allows more modifications and ultimately more horsepower. And if there’s one thing that matters at the Mountain, it’s horsepower.

Eddie Abelnica is second in the points and will be hoping that the visitors help interrupt Bowe’s championship form, to give him a shot at the title at the last round in December.

Bathurst without the Utes would feel a little sad and thankfully Australia’s answer to the sportscar is ready for another bash around Bathurst and with the highest car count of the year.

Twenty-three V8 Utes are ready to grid up for their three races including the always-exciting reverse grid race.

This title fight has been a beauty and we’ve been eagerly awaiting the next chapter of this story since their last round in Townsville. As it stands just 70 points separate David Sieders from Ryan Hansford in a classic Holden versus Ford contest.

Finally, it’s good to see 2009 champ Jack Elsegood back for this weekend too.

The only thing stopping this great little series from filling the 55-car grid on track is limited room in the paddock. As a result a few teams had their entries knocked back leaving the best 39 drivers ready to battle for the first time around the Mountain.

Young Toowoomba gun Will Brown now sits on top of the championship but this is one track where having experience really helps. With that in mind I’m looking towards V8 Utes regular David Sieders to close the points gap.

It will be great to see the Toyota brand back at Mount Panorama after so much success running in the smaller capacity classes in years gone by.

You’ll be able to catch all of the support races LIVE on Fox Sports 506 and selected races on the Ten Network.