The ‘awesome’ chance amid Pye’s heartbreak 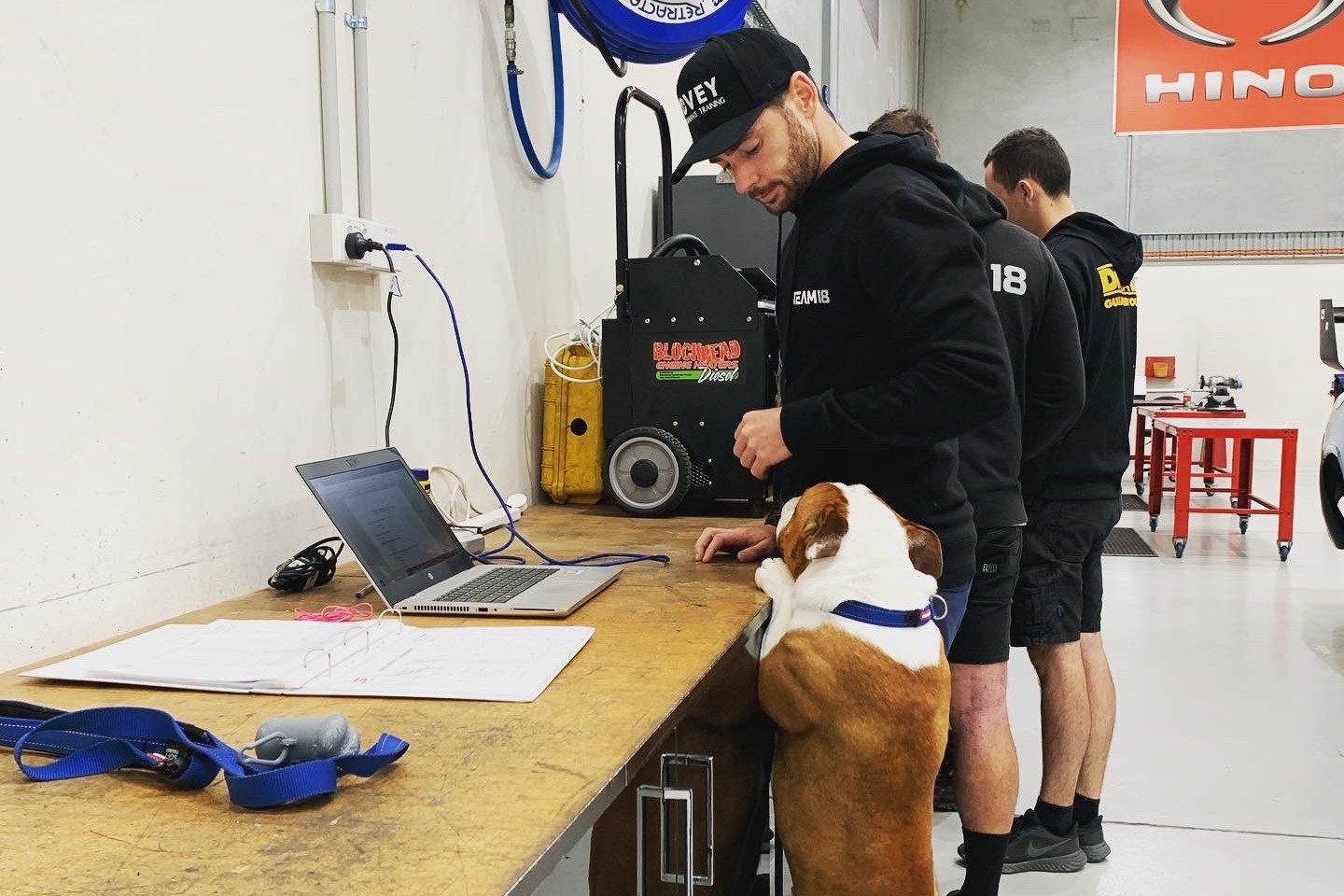 Scott Pye enjoyed a breakout maiden season for Team 18 in 2020, but it came amid some personal heartbreak towards the end of the year.

A fortnight before the season-ending Bathurst 1000, Pye's beloved dog Basil passed away following a visit to the vet.

It came amid a season where Victorian-based personnel had been on the road for months due to COVID-19-imposed border restrictions.

Pye impressed on track, quickly turning into one of the fiercest racers on the grid, but the passing of his mate was a devastating blow.

"Losing Basil last year was one of the hardest things I've gone through," Pye told Supercars.com.

"I'd been on the road for so long, but I was in a fortunate position where I was just on the road and racing cars every weekend.

"I was living the dream, but to lose Basil after not getting to see him for 16 weeks was something that I battled with.

"There was no real reason for it. He wasn't ill, he just died in his sleep, perhaps from the anaesthetic after a check-up.

"That was hard to overcome." 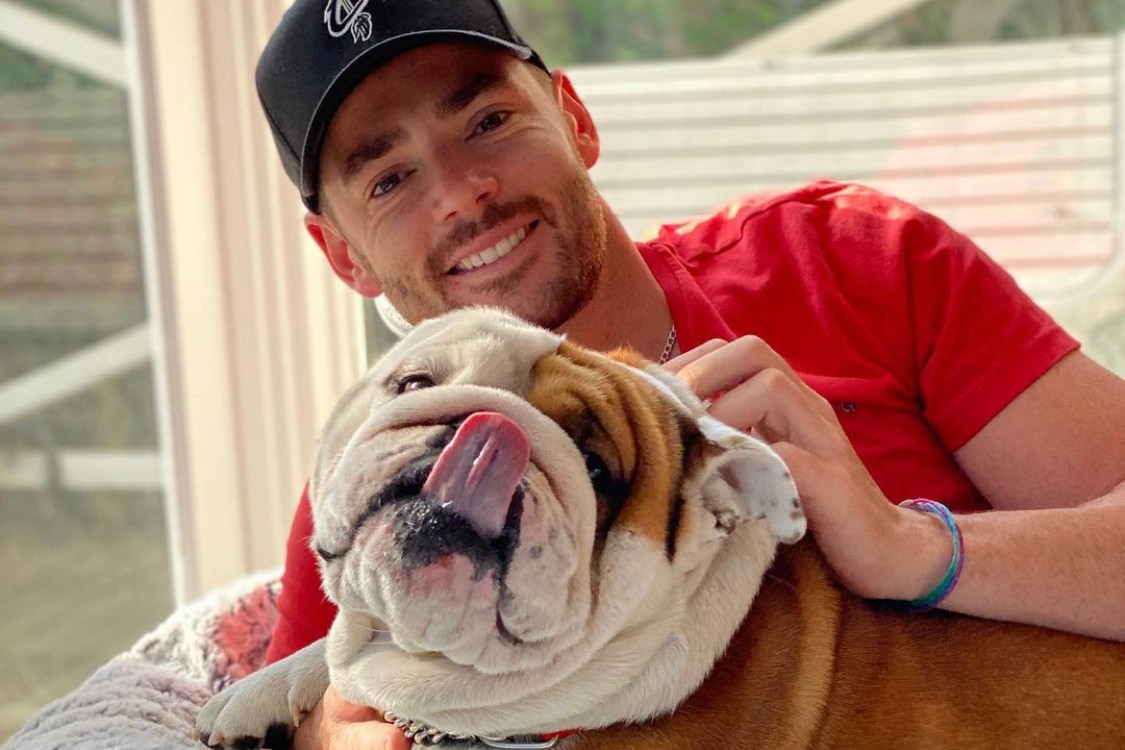 In the wake of Basil's passing, Pye took the opportunity to adopt another bulldog named Biggie.

While grappling with Basil's sudden loss, Pye was delighted he was able to give another dog a chance at a great life.

"I do honestly believe that through things like that, an opportunity presents itself," he said.

"We managed to rescue Biggie, so without that having happened, we wouldn't have rescued Biggie from the pound. 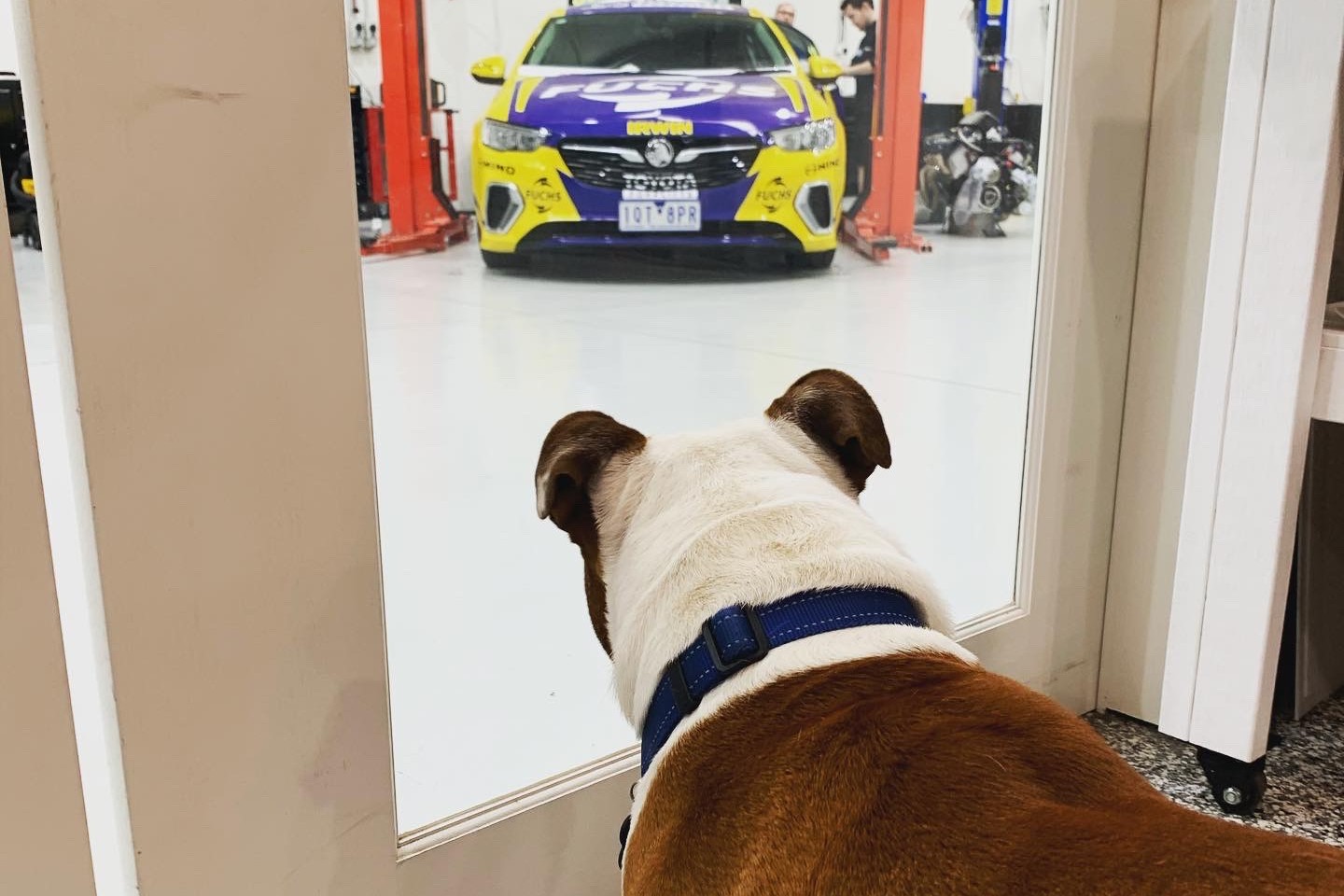 "We get to give this good guy a cool life, and he's been unreal.

"He gets pretty mad separation anxiety, so it'll be interesting to see through the season when I'm away.

"He's been a great focus for me over the off-season and the Christmas break."

Pye and Biggie frequent the Team 18 workshop in Melbourne, with the playful dog keeping team members entertained as the driver gets to work. 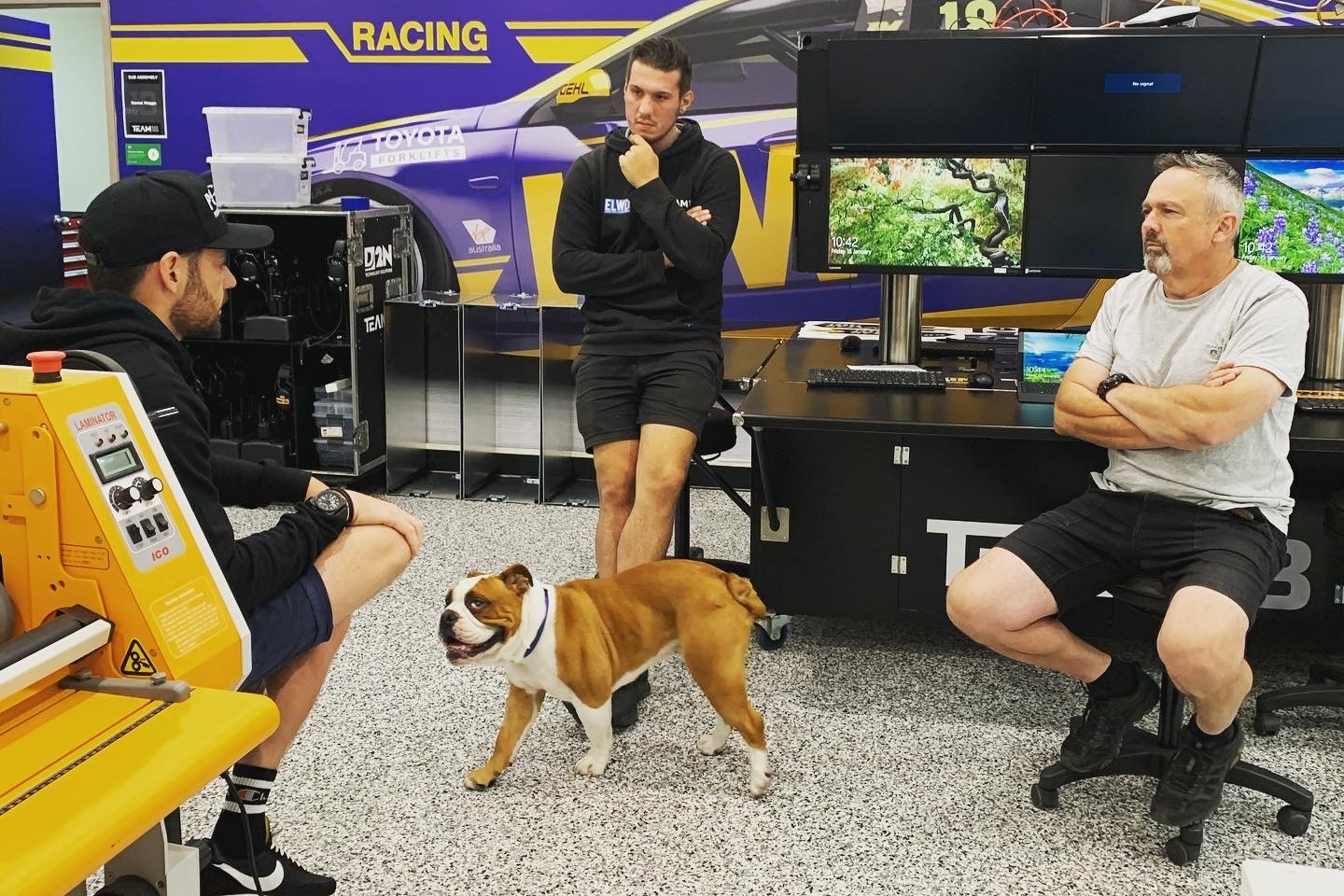 It's a reward of sorts for the team, which rallied around Pye as he struggled to overcome the loss of Basil.

So important was Basil to the driver, that the team ran a photo tribute at Bathurst.

There, Pye and Dean Fiore combined to finish a brilliant sixth, helping the #20 end the year ninth in the standings.

As he prepares for a second campaign with Team 18, Pye has been buoyed by his new friend, but won't forget Basil in a hurry. 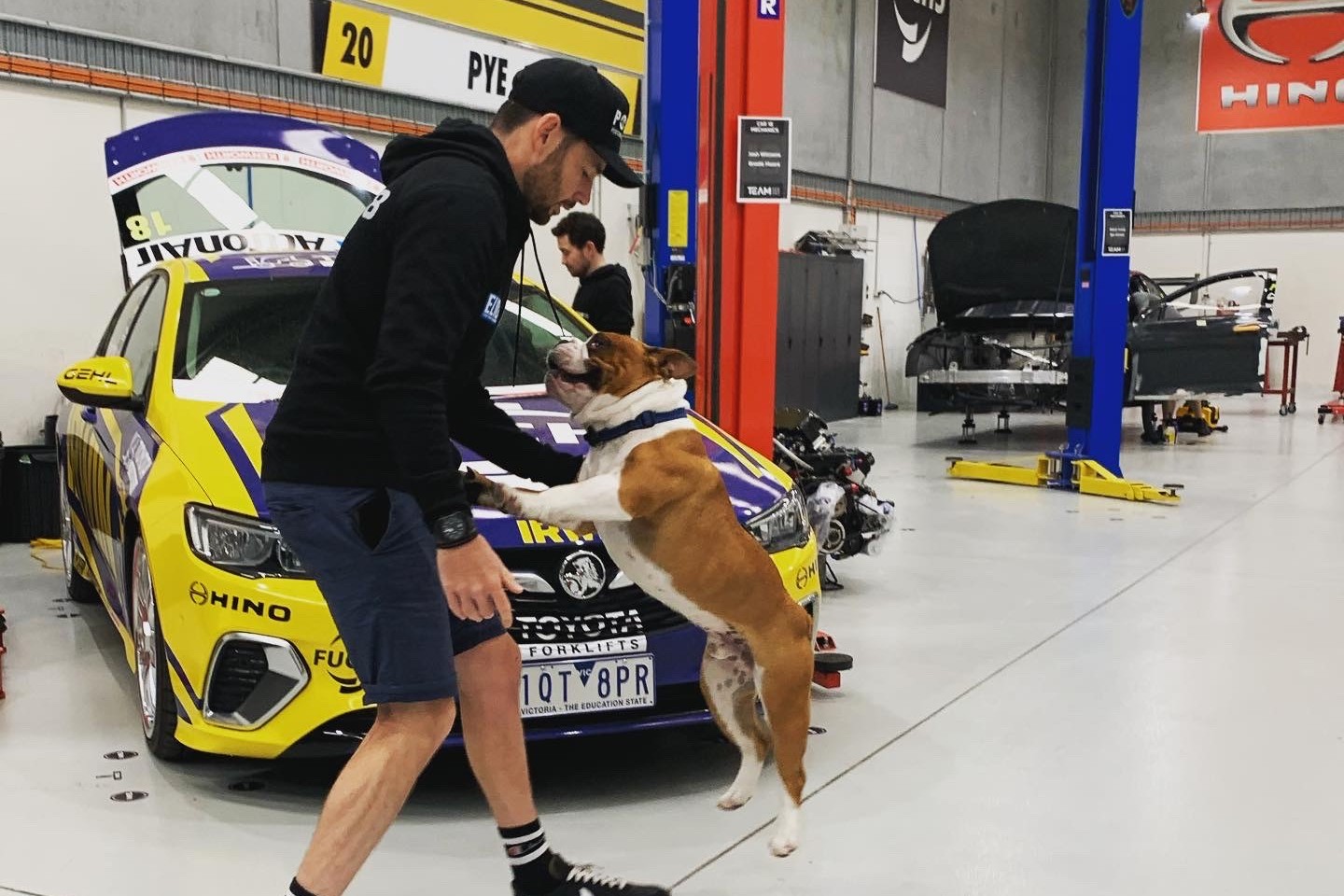 "Being able to adopt the new little guy, it has been awesome," he said.

"But I'm certainly missing Basil. My team was so good to me last year when it all happened.

"We ran a photo in Basil's memory at Bathurst, and it was cool to get a good result there.

"Now, it's great to be able to look after something and bring it into the family."

Pye will make his competitive return at the Repco Mt Panorama 500. Tickets are on sale now.