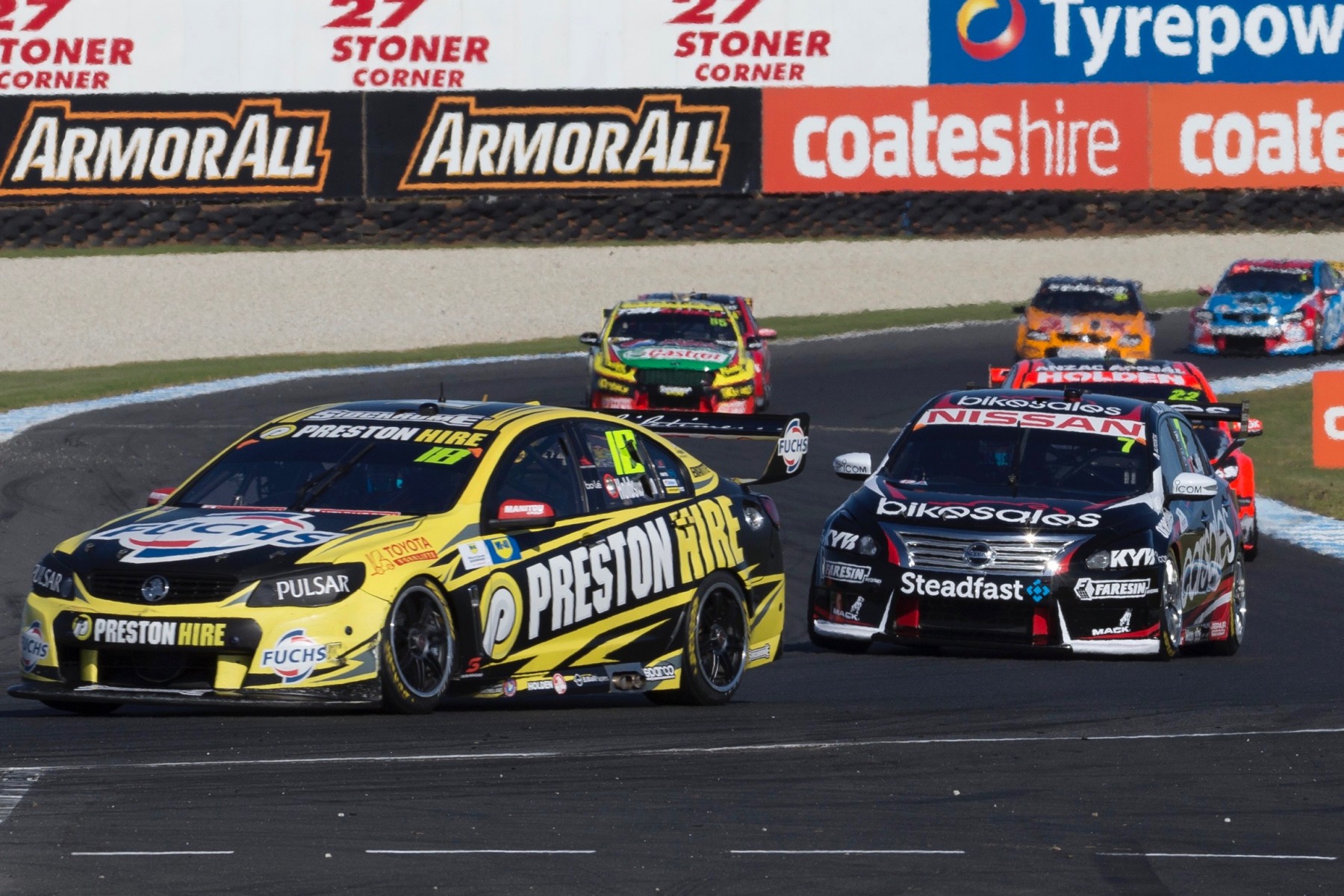 Four V8 Supercars Championship teams are scheduled to hit the track at Winton today for their second test day of the season.

Wilson Security GRM, Preston Hire Racing, Holden Racing Team and Nissan Motorsport have all taken the opportunity to test before sending their V8 Supercars to Perth, and racing on the newly resurfaced Winton circuit at the following event. It is expected the surface will be quite different to what was experienced in February at the pre-season test.

While all have different plans in place, it’s all down to the same thing for the teams – finding more pace.

One of the exciting parts of the day will be seeing Jamie Whincup take to the Preston Hire Racing Commodore as part of the team’s customer arrangement with Triple Eight Race Engineering.

Now Holdsworth has a better understanding and comfort in the car, it is expected to be more productive than the pre-season test.

“I felt like that test day was a bit of a throwaway because at the start we didn’t want to go too far away from what Triple Eight gave us as a recommended setup and it was just to get comfortable in the car,” Holdsworth told v8supercars.com.

“At the same time, the track was very unique and it was quite loose for everyone. So whilst we wanted to touch the car and tune it to the track, we were hesitant to do that.

“Now that we’ve got some confidence in what we’re doing, we can start exploring and I think the track will be quite different this time, to what it was straight away after getting the surface change as well.”

Nissan co-owner and driver Todd Kelly also noted the surface as something to think about at the test.

“That would have changed quite a lot from then to now,” the carsales pilot said.

“It’ll take a little bit to understand where the track is at but it’s really quite an enjoyable track to drive around now, as opposed to before with the older surface.”

The Nissans didn’t deliver as expected at Phillip Island, and Kelly confirmed there were plenty of things the team would look at. Co-drivers will also turn some laps.

“There’s a huge list of all the items we’ve had in the pipeline for development and some things we need to retest and confirm as well.

“So the cars all have quite a full schedule to get through for the day, so hopefully the weather is kind and we can knock most of it over, as well as try and get a few enduro drivers a bit of seat time as well."

Coming off a clean-sweep of Victorian track Phillip Island, Garry Rogers Motorsport wants to learn as much it can at Winton before competing there.

“With Winton coming straight after Perth, we thought it’s an ideal time to go there and just sharpen up before the Winton track, I suppose,” boss Barry Rogers told v8supercars.com.

“If anything, we’re not assessing anything in particular, we just thought that we can’t see any advantage doing it after Winton – so we’re doing it before.”

As reported last week, the Holden Racing Team moved up its test day to get on top of its recent struggles and try to further understand upgrades on its cars.

Team boss Adrian Burgess said it wasn’t about tuning for Winton, but the bigger picture.

“We are not going there with a target lap time in mind,” he told v8supercars.com last week.

“We are going there looking at certain corners and trying things to address the issues we have with them. Our problem is on long, loaded, long-radius corners. The circuits with the highest amount of long radius corners is a direct reflection on our overall performance.”

A handful of Dunlop Series cars are expected to be on-track today with the Wilson Security GRM Commodores of James Golding and Richard Muscat, and the Prodrive Falcons of Jack Le Brocq and series leader Garry Jacobson.