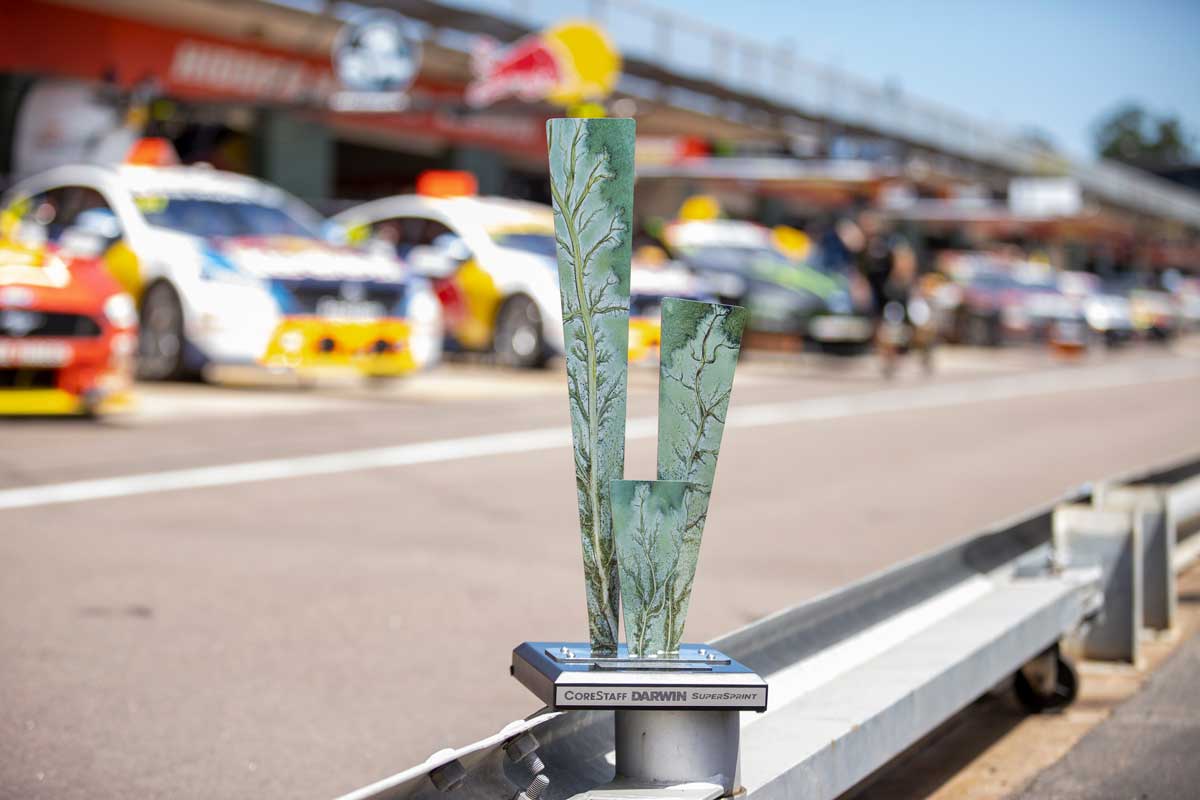 The highest overall points scorer at the CoreStaff Darwin SuperSprint will receive a special trophy, featuring the work of a local artist.

The trophy has been dubbed ‘Territory 2.0’, celebrating the first time Supercars has undertaken back-to-back events at the venue.

Last weekend drivers competed for the Darwin Triple Crown trophy, which marked a return to recognising an overall winner of a Supercars round, in addition to individual races.

NT Major Events CEO, Tim Watsford said: “This Territory 2.0 trophy is as one-off as this weekend’s event – we’ve never had a Supercars doubleheader anywhere in Australia, let alone the Territory.

“Using an exclusive Paul Arnold piece of art to celebrate the winner is very fitting.

“The drivers have spent a few weeks in the Territory thanks to this unusual year we are experiencing, and now one of them will take an image of our iconic landscape home with them on this trophy.”

Added Arnold: “It is an honour to have one of my images feature on the Territory 2.0 trophy.

“When I’m taking shots from a plane I’m never quite sure how they will turn out until I get back to my studio, and it is impossible for me to recreate the same thing twice – I’ll never get that exact height, speed or focal length on my camera at that exact place again.

“I guess it’s the same for the drivers when they’re at the starting line – no one knows the outcome of the race, and each race is different, with a set of specific conditions.

“I hope the image on the trophy resonates with the winner, and that they’ve fallen in love with the Territory while they are here.”

Scott McLaughlin won the opening race of the CoreStaff Darwin SuperSprint yesterday, ahead of Jamie Whincup and Cameron Waters.

Another two 38-lappers will complete the weekend's racing action.