Craig Lowndes says lessons from his “terrible” 2017 Supercars campaign are paying off in this year’s return to form.

The three-time champion endured his first winless campaign in 13 seasons with Triple Eight last year, recording a single podium on his way to 10th in the standings.

Now under the Autobarn Lowndes Racing banner, the 43-year-old noted early that he was enjoying the return to the 2016-construction Dunlop tyres and the traits of the new ZB Commodore.

This is Lowndes’ second full season working with engineer John ‘Irish’ McGregor, and he sits fourth in the standings with a race win, ARMOR ALL Pole Position and three podiums to his name.

His latest podium came with a charge from 25th to third in Sunday’s second leg of the Perth SuperSprint.

“Last year was terrible, there's no question about that,” Lowndes said.

“In my whole career I've had a couple of years where it's been pretty lean, both in Ford days, Holden days, and last year was terrible.

“You can't hide from it. Results show what it is, a number of things didn't work right.

“Irish and I worked very strong over Christmas to get it right and I think that we've got a good little core group around us that work on the car that's no different to what Scotty [McLaughlin] does.

“You've got to rally around, they've got to work for you. They work damn hard to get the cars rolling out every weekend, and the only way we can pay them back is in results.”

Having left the Australian Grand Prix 13th in the championship after six races, Lowndes has finished no lower than seventh in the next six, scoring 745 points to move up to fourth. 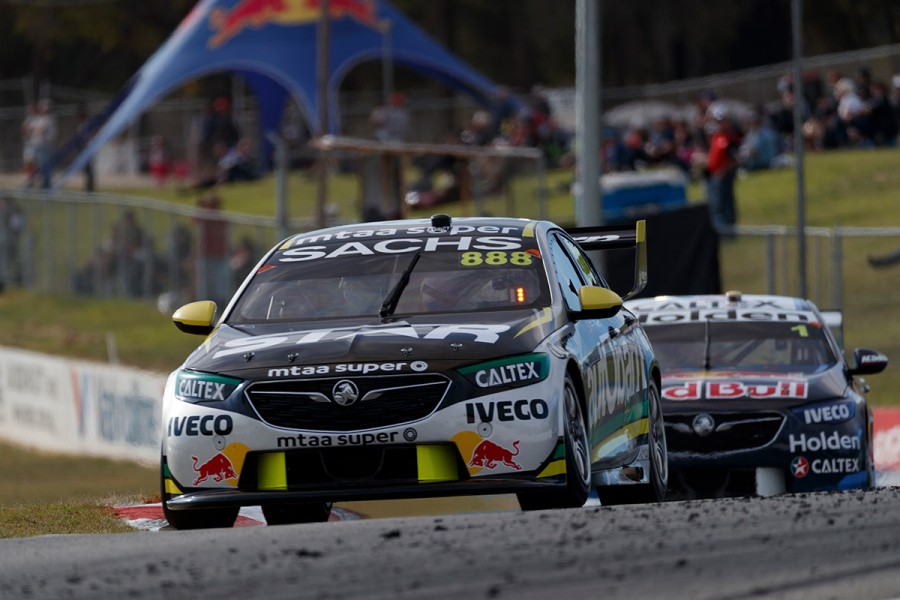 Only championship leader McLaughlin has scored more in the same period with 802, with Lowndes’ Triple Eight stablemates Shane van Gisbergen and Jamie Whincup recording 603 and 485 respectively to sit second and fifth.

“We had a rollercoaster ride [in 2017], and at the end of the year, to be honest, you were a little bit down on yourself,” Lowndes added.

“You don't doubt yourself but you're a little down because you're working hard but the results are not coming.

“Now we're seeing the fruits of what we did and seeing seeds of what we put in last year to make this year was smelling like roses.”

Consistently-strong results have been the key to Lowndes’ move up the order, while van Gisbergen and Whincup have had more-challenging runs.

Van Gisbergen had throttle over-run in Tasmania, an intermittent power-steering failure at Phillip Island and then radio issues in Perth, while Whincup has had a pair of penalties in the last two events, a gearbox failure in Adelaide and a handful of quiet days.

“On our side of the garage I think it's been less erratic than last year,” Lowndes said.

“As I said at the start of the year, the car and the tyres worked well for my style.

“Whether it works well for Shane and Jamie I'm not sure but they've been up and down a little bit and I'm sure no doubt Roland [Dane] will get us all together next week and make sure we go forward.”