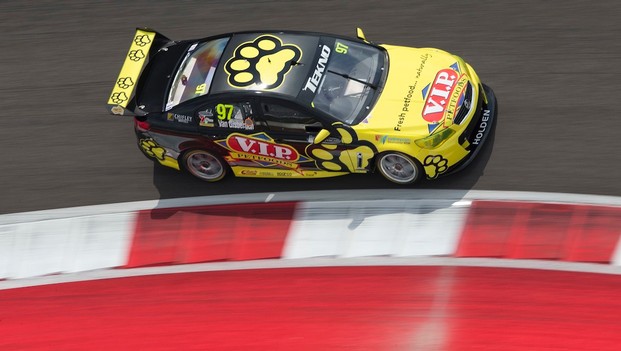 V8 Supercars team TEKNO Autosports has today confirmed it has secured the services of international sports car racers Marc Lieb and Jeroen Bleekemolen for the inaugural 2013 Endurance Cup, which includes the Sandown 500, Supercheap Auto Bathurst 1000 and Armor All Gold Coast 600.

German Lieb – a Porsche works drivers since 2003 – has a great pedigree in endurance racing, with multiple class wins at the Le Mans 24 Hour, outright and class wins at the Spa 24 Hours, and four outright victories in the Nürburgring 24 Hour.  He has previous experience in V8 Supercars with TEKNO, and was one of the quickest international co-drivers at the 2012 Gold Coast 600.

Monaco based Dutchman Bleekemolen has an equally impressive record in endurance racing, having competed in the Le Mans 24 Hour since 2006, taking an LMP2 class win in 2008. He drove for Team Netherlands in the A1GP series from 2006 to 2008, taking victories in China and South Africa. Bleekemolen also has previous V8 Supercars experience, and raced at Bathurst in 2012 in the Australian Carrera Cup Championship and Bathurst 12 Hour.

Team TEKNO Darrell Lea’s Jonathon Webb will be joined by Lieb in the #19 VF Commodore, reforming the combination that earned an electric second place podium finish at the 2012 Gold Coast 600.

“This is fantastic," Lieb said. "I always dreamed about driving the Bathurst 1000. I was watching the race as a kid and was fascinated. It will be a big challenge! But I am driving for a great team and I am really happy to returning to Australia with TEKNO and Jonathon."

Bleekemolen will join Shane van Gisbergen in the Team TEKNO V.I.P. Petfoods #97 VF Commodore. This pairing is also familiar with each other thanks to racing together at the 2012 Gold Coast 600, where they earned two top ten finishes.

“I'm extremely proud to be joining Shane and TEKNO for the V8 Enduros,” said Bleekemolen. "I have always loved watching V8 Supercars and doing Gold Coast last year was a great experience. The team is running very strongly in the Championship this year, so I can't wait to go out there and fight for good results."

“Marc and Jeroen are both top-level international drivers, having demonstrated their talent with fantastic results at Le Mans over the weekend, and throughout their distinguished careers,” said TEKNO Team Manager Bruce Jenkins.

“When the rules changed, and the same drivers were able to join Jonathon and Shane for all three endurance races, we had no hesitation in selecting Marc and Jeroen. We head into the enduros with pairings familiar and comfortable with each other. They’ve had success together previously, so we’re confident of a good showing."

Team TEKNO Darrell Lea driver Jonathon Webb said: “I’m really looking forward to driving with Marc again. He’s a fast, consistent driver who I can rely on to do the job. Whilst he’s a Bathurst rookie, I know he’ll pick the circuit up fast, and we’ll be up the front for all three races.”

Shane van Gisbergen, driver of the Team TEKNO V.I.P Petfoods #97 said: “I was offered the opportunity to put forward my suggestions for my co-driver, and I immediately suggested Jeroen. He’s fast, he’s clean and he’s driven and won in almost everything, so I know he’ll be a great partner to me for the enduros this year.”

TEKNO Autosports is currently fourth in the Teams Championship, with van Gisbergen fourth and Webb 10th in the Driver’s Championship.

The next round of the V8 Supercars Championship is the Townsville 400 over the weekend of July 5-7.

Shane van Gisbergen  ›
15' Team Darrell Lea STIX ›
2013 Wilson Security Sandown 500  ›
2013 Supercheap Auto Bathurst 1000  ›
2013 Armor All Gold Coast 600  ›
Stay In The Know
Sign up to the Virgin Australia Supercars Championship Newsletter
We use cookies to ensure that we give you the best experience on our website. If you continue to use this site we will assume that you are happy with it.Ok