TEKNO Autosports opens its doors tomorrow for fans, as it prepares its assault on this year’s Pirtek Enduro Cup.

Team boss Jonathon Webb believes driver Will Davison – who is 336 points off leading driver Jamie Whincup – is still a shot for the title, if they can perform well in the big points enduros this year.

The tight-knit team has already earned one win in Tasmania and is quietly confident of a strong run home at the end of the season.

Webb says Davison has fit in well with the group and puts in as much effort off-track as he does behind the wheel.

“We’re a really small group, a one car team with a small group of guys to support it,” Webb told supercars.com.

“It’s a clear role from the driver as well as the rest of them – hopefully they all smile, work together and are driven to win races together.

“At the moment that’s definitely where we are.”

Fans can head into the workshop tomorrow from 7am to meet Davison, Webb and the crew, and get a close-up look at what happens behind the scenes as the team prepares for the next crucial race meeting.

Running from 7am to 10am, the Open Day is at TEKNO HQ at 7/22 Eastern Service Road, Stapylton and will have a sausage sizzle, jumping castle, face painting and all sorts of fun for the whole family. 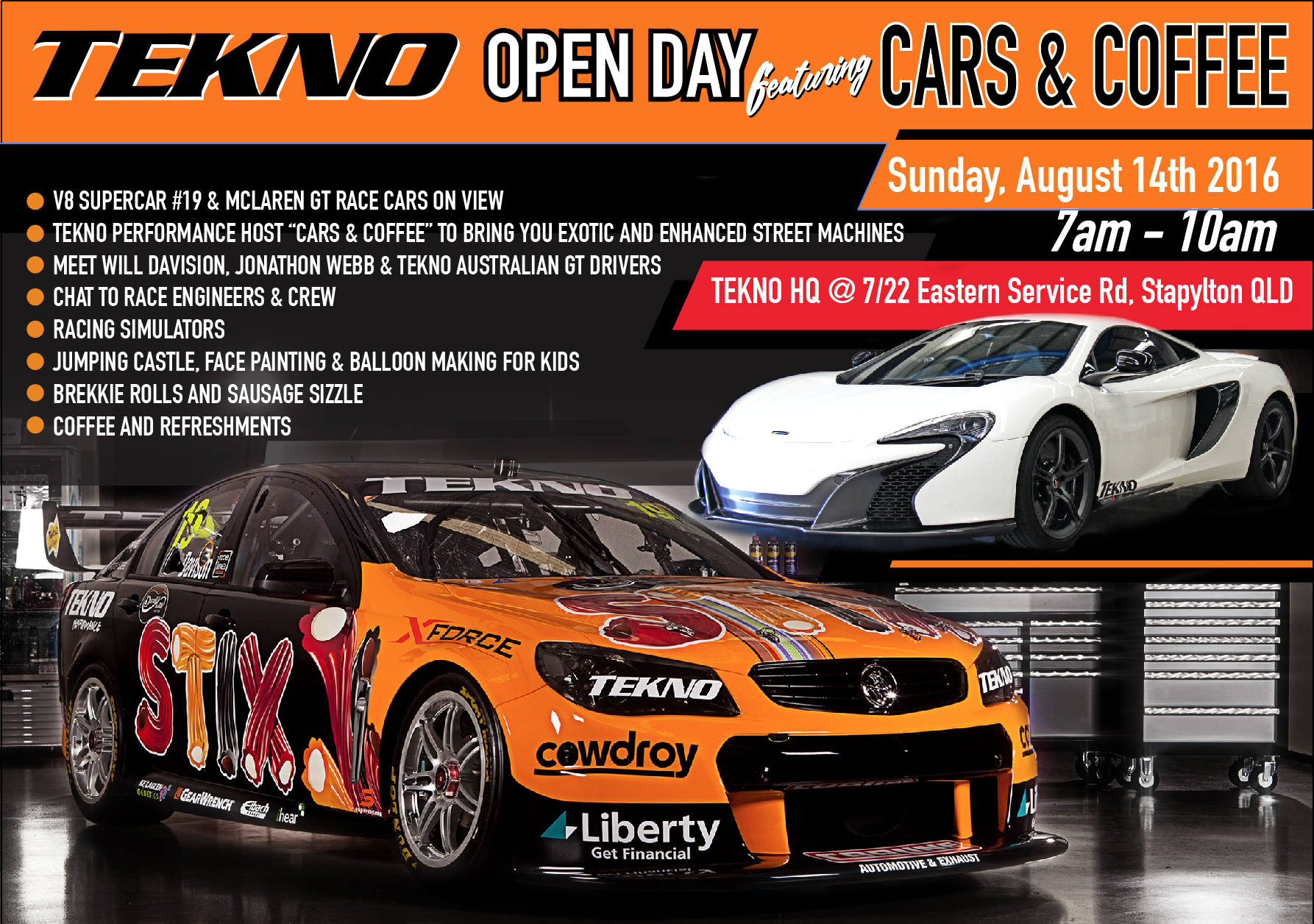