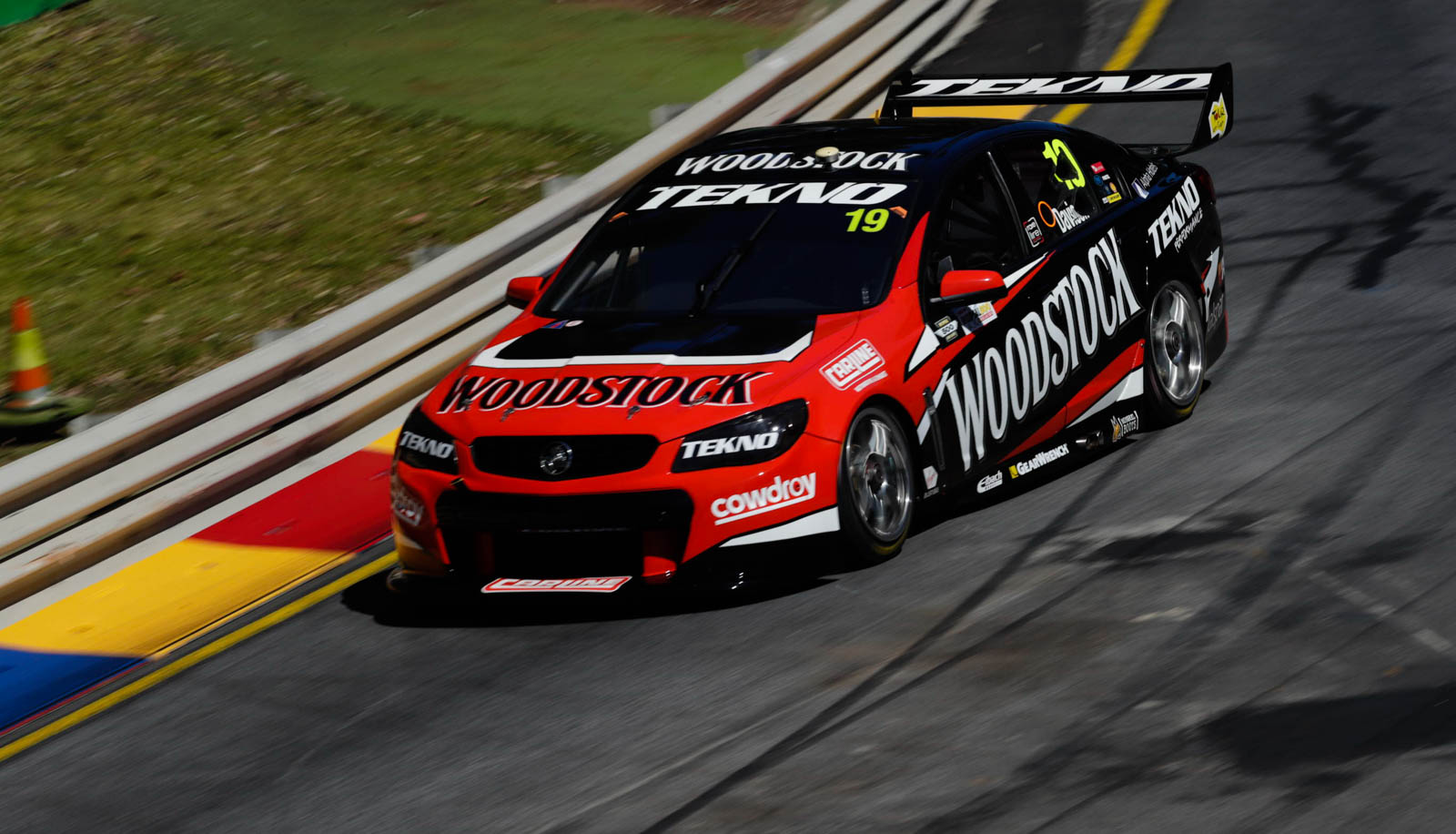 Tekno Autosports team owner Jonathon Webb is expecting his single car team to bounce back from the Clipsal 500 after a bruising start to 2017.

The Gold Coast squad's year started at the Liqui-Moly Bathurst 12 Hour in February, where its lead McLaren crashed out in qualifying and the other battled reliability issues to finish fifth.

That early year workload was exacerbated after an opening lap crash at Saturday’s Clipsal 500 race for Will Davison’s Commodore hampered their first Supercars round of the season.

Davison’s turn eight hit took them out of contention on Saturday, while a lingering crack in the front anti-roll bar was only discovered during Sunday’s qualifying after a repair job that ended at 4am.

Despite the dual setbacks, Webb believes changes to the team in the off-season including the recruitment of experienced engineer Campbell Little and the continuation of Davison highlight the strengths in the Triple Eight customer team.

“There’s as much (potential), if not more than we had last year,” he told Supercars.com

“It got masked by a few situations, some of which were out of our control.

“We’re definitely looking forward to going to the Grand Prix to get more mileage on the tyre and have another weekend where Will and Campbell can work together.

“From there on after we’ll be pushing on and hopefully back to the front of the field where we should be.”

Webb says the races at the Australian Formula 1 Grand Prix have an added importance after the lack of running in Adelaide.

“The Grand Prix, as much as we like to put on a show in front of the big crowd, it’s a good weekend to throw things out there a little bit test wise,” he added.

“Sometimes it works and you put on a great show and others it doesn’t so you avoid that for the next few rounds.

“Losing Adelaide, it’s important to go to the Grand Prix to put on a good show for the crowd but to learn as much as we can.”

Experienced engineer Dr Geoffrey Slater has also moved on from the team but Webb remains confident in the structures he has in place.

“It’s been huge changes and a bit unnerving at the time when so much was going on last year,” he continued.

“But in saying that, they’re ongoing and things are cranking along.

“Some of the changes have been for the good and we still feel like we’re strong positive group.”

With Woodstock Bourbon having signed on to sponsor the #19 Holden for five events, Webb admits the team is still to lock in a deal for the upcoming races.

“We’re still working away for much of the season, but the Woodstock support is fantastic,” he concluded.

“It (a rolling sponsorship model) is something that is a bit of risk early, but now we understand how it’s going to play.

“For the long term, it’s working well for us.”