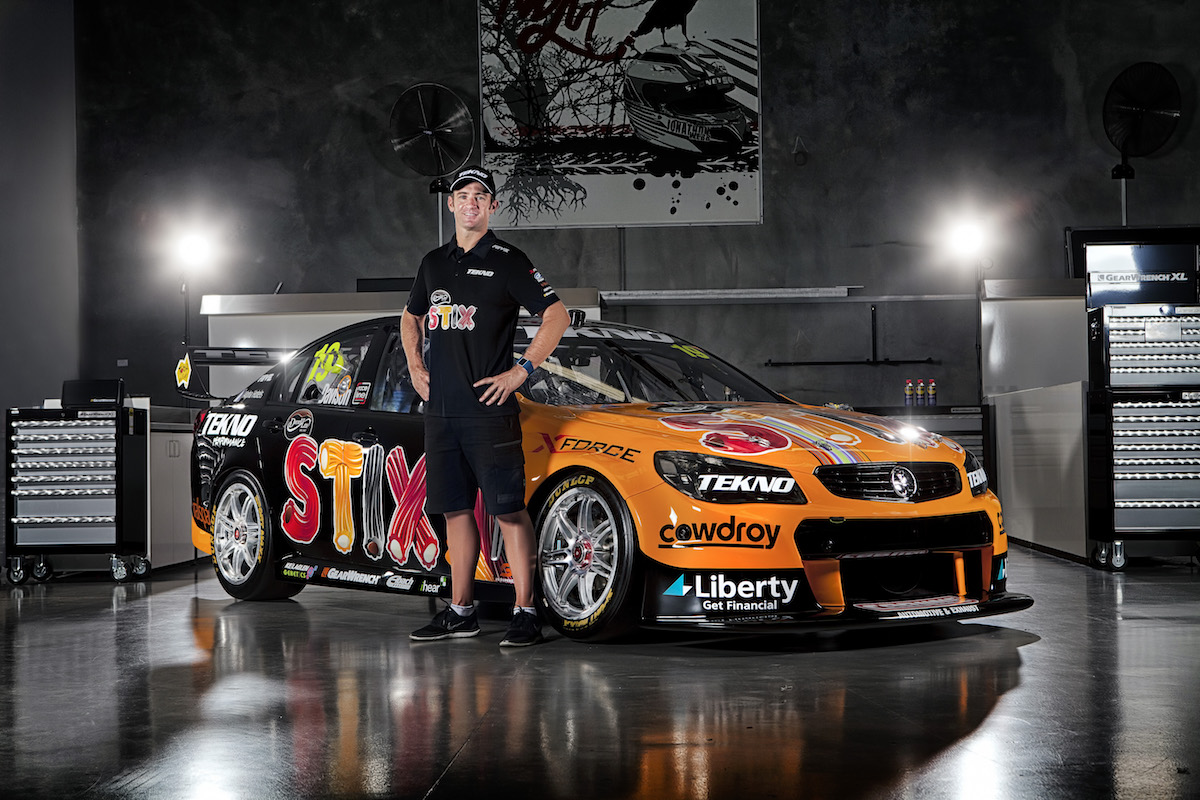 TEKNO Autosports is pleased to announce Darrell Lea STIX will again be the naming rights sponsor for the team in the 2016 V8 Supercars Championship.

“We’re very pleased to renew our association with Darrell Lea and the Quinn family,” Hallam said.

“It’s always a pleasure working with an organisation that is as passionate about motorsport as we are.

“A lot of our partners have elected to renew with us, which shows their confidence in what we can do.

“We’re really looking forward to getting started in 2016, particularly with Will Davison as our driver.

"Will’s pedigree is evident for all to see. He has a great racing history and it goes without saying he’s going to do well.”

Hallam said having Davison compete in Bathurst 12 Hour with the team – where he finished seventh – helped a lot in settling in to the team.

“The outing we had at the 12 Hour really helped us get to know him,” Hallam said.

“It gave him a lot of track time. The more driving that Will can do at this time of year only benefits the team when it comes to Clipsal.”

“We want to win races. It’s that simple,” Hallam said.

“That’s why we go racing. But I never talk about championships.

“If you start to become outcome focused at this end of the year, you’re going to lose. You take it one race at a time. I don’t care whether it’s a cliché or not, it’s a fact.”

Meanwhile driver Will Davison says he’s excited about his new seat at TEKNO Autosports, ahead of the season-opening round in Adelaide.

Davison is excited about his chances in the Team Darrell Lea STIX Holden Commodore for 2016.

“It’s a really good environment, the TEKNO Autosports team is a great group of guys. I couldn’t be happier and more motivated to be honest. I’m really enjoying the culture there. It’s a great little team.”

The TEKNO team completed a day of testing on Thursday in the brand new chassis and Davison was impressed with the car and confident of a good result at Clipsal.

“It’s a really, really nice car to drive,” Davison said. “It gives you plenty of confidence.

“Obviously you always want more time in a new car. One day is never quite going to be enough for your first race but that’s just the way it goes, even so I settled in pretty quick.

“I’m just really excited to get more of a feel with the car and hopefully have a lot of success throughout this season.

“I’m not making any bold statements going into my first race, but anything is possible. I’ll be giving it 110 per cent.

“Priority number one is just a nice clean weekend and making sure we show some solid pace and string a couple of good races together, which would be a great result.”

“From day dot Will’s been really motivated to work with the team and the car,” Webb said of Davison.

“On the back of the first test day, he likes what he’s got and feels he can win races.

“I think we can win races. We had our ups and downs last year and still finished fourth in the championship.

“We feel we’re a regular front runner. A lot of things can change between seasons but we’re pretty confident.”

Davison has plenty of fond memories of the Clipsal 500, including his win there on the Sunday of the 2012 event. But after finishing three of the past six races there with just one top 10, he’s excited to be returning with a competitive package.

“It’s the sort of event that when you’re on fire and everything is working for you, it’s among the best of the year.”

Davison is also expecting plenty of fan support in Adelaide as well after receiving plenty of well wishes from Holden fans upon his return.

“The fan reaction has actually been pretty good,” Davison said.

“Unfortunately over the years through different circumstances I haven’t settled in to a brand.

“I’ve copped a bit from the Holden fans over the years after leaving HRT. But to be honest, I’ve been welcomed back by a lot of Holden fans, which has surprised me a little. I haven’t had too much negativity at all.

“I think many people are generally keen to see me back in a race-winning car after a couple of seasons of maybe the fan favourite team, but not the quickest.”

Davison’s next hit-out in the Team Darrell Lea STIX Holden Commodore will be at the Clipsal 500 – the event begins on Thursday.