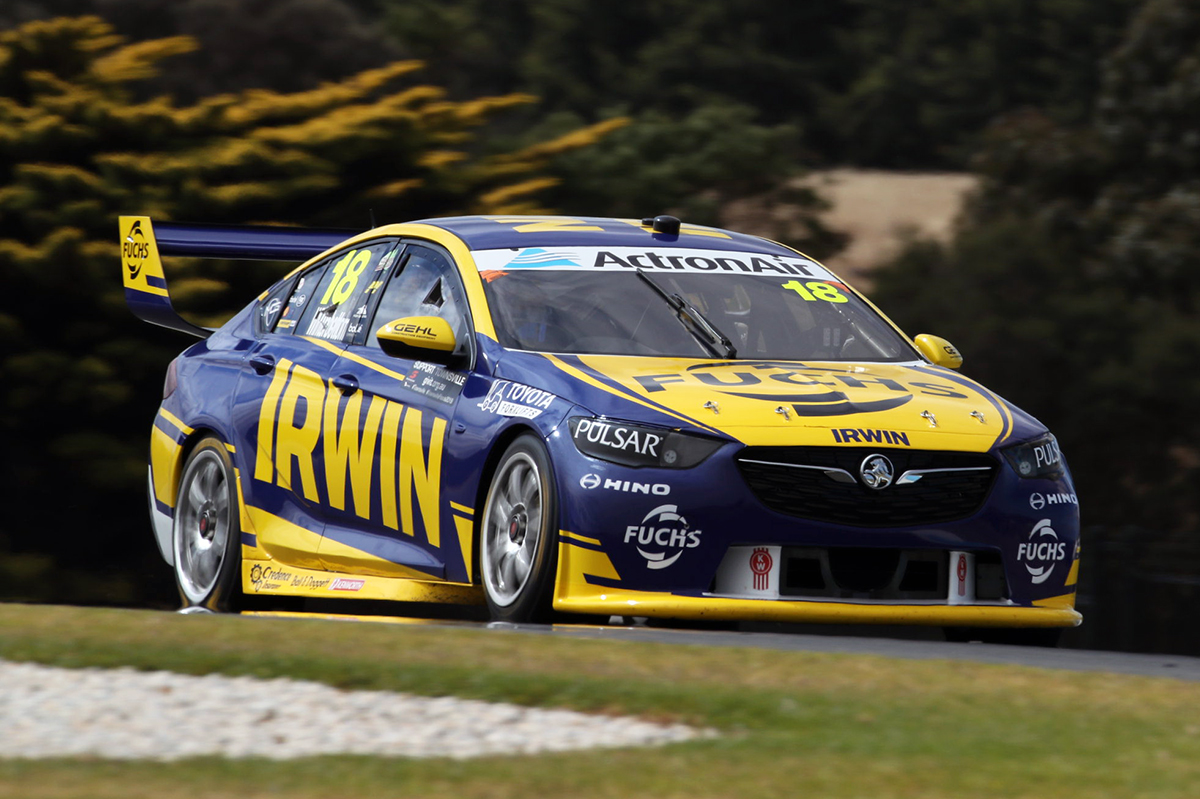 Mark Winterbottom is unsure where his IRWIN Racing Holden sits in the 2019 pecking order after a glitch cost him a shot at a new tyre run late in the pre-season test at Phillip Island.

A front-bar issue caused initial trouble during the afternoon – a drama also seen with ZB Commodores in 2018 – before an electronics glitch struck in the dying stages.

The latter came as teams had their first day with the upgraded Motec Electronic Control Unit, which proved trouble-free for most squads.

“We put some new tyres on at the end to try and then it went into limp-mode with the new ECU program,” Winterbottom told Supercars.com.

“So I was stuck on pit limiter for the whole lap and couldn’t get off it. I couldn’t do much, that ended our day.

“But it was still a fun day, we’ll build on this, it’s better to happen here than in two weeks time.”

Winterbottom says he started the day running similar set-ups to the Red Bull Holden Racing Team cars, before branching off in his own direction during the afternoon.

Co-driver Steven Richards also turned laps in the car, adding his experience to the tuning process.

“It feels different, there’s no doubt,” he said of the ZB compared to the Tickford Falcon he raced last year.

“It’s not the fact it’s a Commodore to a Falcon that’s different, it’s the set-up philosophy behind it and all the componentry.

“We ran pretty close to [Shane] van Gisbergen and [Jamie] Whincup all day in terms of competitiveness and lap times.

“Clearly the rule changes have had a fair impact on some teams, but it is different to drive.

“If we can maintain its strengths and compliment it with some more, that’s what it’s about.”

Although unsure of his outright pace due to the late issue, Winterbottom is optimistic heading into the Adelaide season opener.

“We’ll go there full of confidence,” he said.

“On Friday night you get a reality check or an ARMOR ALL cheque, you get one of the two, so we’ll find out.”