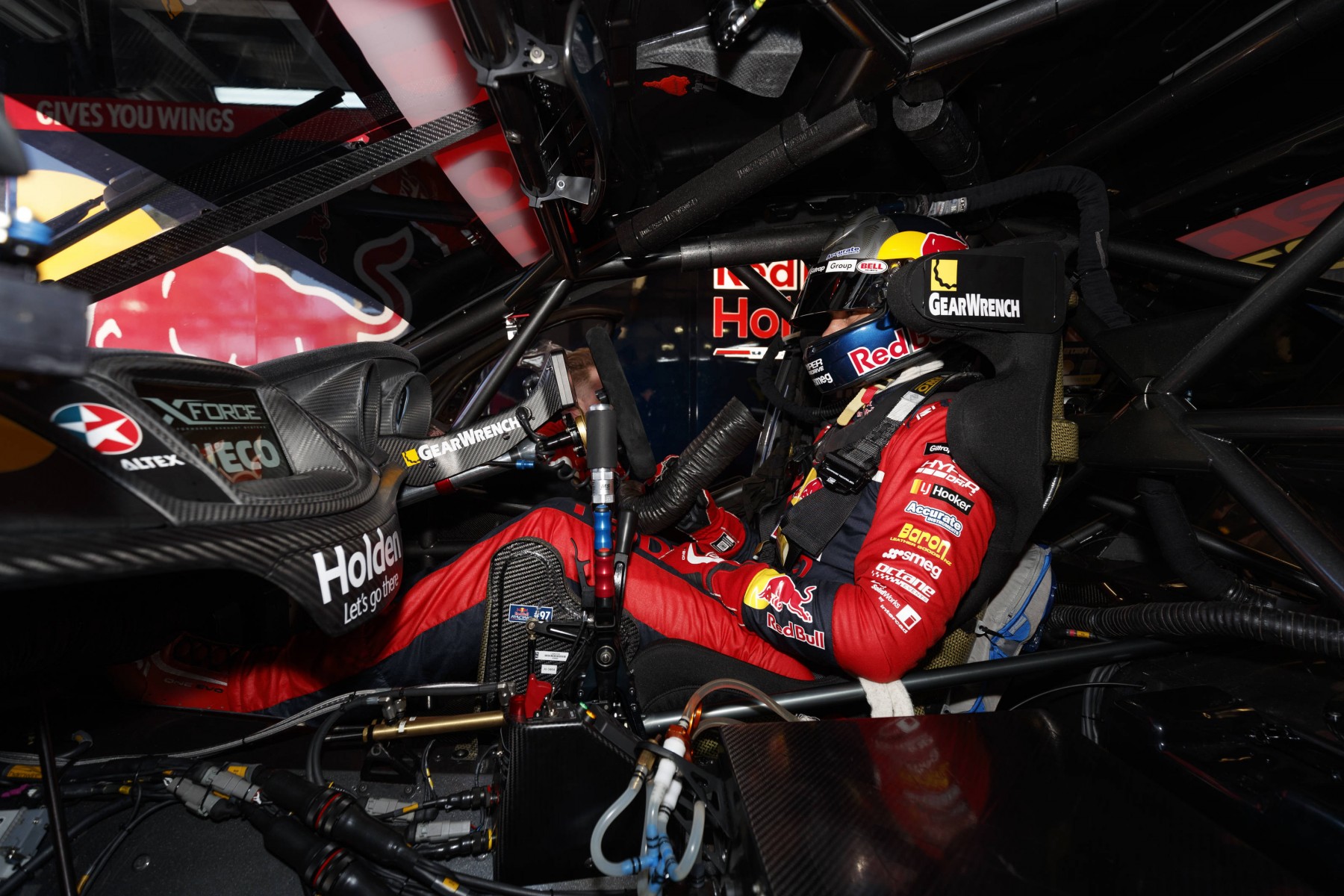 Several Supercars teams have joined Shell V-Power Racing in designing their own leg protection systems ahead of September’s Sandown 500.

Supercars has mandated that extra leg protection be made compulsory by the first of the Pirtek Enduro Cup events, issuing new minimum requirements to teams in April.

Leg protection has been a particular talking point in the category since Bathurst, 2015, where Chaz Mostert sustained injuries against his car's gear shifter in a heavy crash.

Working with Toowoomba-based composites company LSM, Penske has made its system available to other teams, with fellow Ford squad Prodrive already taking up the option.

Fitting the Penske system to other cars has, however, proven challenging, largely due to slight differences in the build of the floors in the control chassis throughout the field.

A modification to the floor design was granted before the Next Generation cars debuted in 2013 to allow more room for left-foot brakers, meaning that the transmission tunnel in some chassis is different to others.

Triple Eight, Garry Rogers Motorsport and Nissan Motorsport have all now submitted designs for their own leg protection systems to Supercars as they prepare for the Sandown deadline. 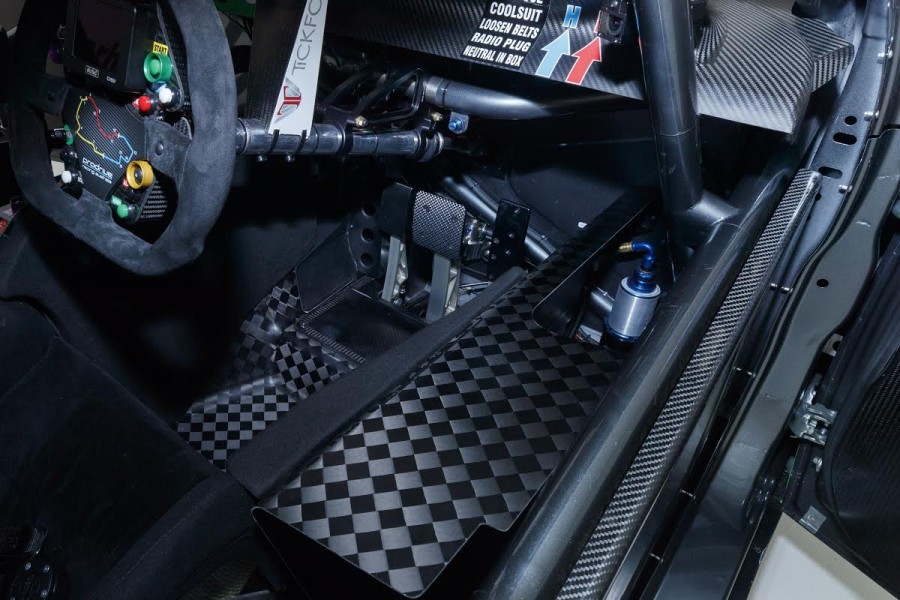 The Penske design in a Prodrive Ford

Team manager at Triple Eight, Mark Dutton, told Supercars.com that he expects its set-up will be adopted by several other Holden teams.

Triple Eight's new design will replace the small pad installed specifically to protect the drivers' left leg from the gear shifter that it has been running since Bathurst last year.

“The Penske one didn’t fit for us, so we’ve designed our own and are now getting it made,” confirmed Dutton.

“One of our young engineers has done a cracking job with it and we’ve put a lot of effort into making sure we don’t in any way make it more difficult for a driver to get out.

“The Symmons Plains accident was a good reminder for all of us during this process that we want to make drivers safer but not captive in the car.

“We’re pushing to have it ready as early as we can. We’ve got a big order to fill so there’s a lot of work to be done there.”

GRM engineer Richard Hollway said that cost and ease of fit were both factors in deciding not to adopt the Penske design.

“We would have had to chop the floor up to use the Penske one, so between that and the cost factor we decided to do our own,” Hollway told Supercars.com.

“It also means we haven’t had to change our brake bias adjuster either, which we would have had to do as well.

“We spoke to (seat supplier) RaceTech before doing ours and have a few little features that we wanted to incorporate in it too.

“We’ve modified our dash panel as well to make sure we’ve got some more room in there to give us more clearance for the driver changes.

“Doing it in-house also means we can do it a bit cheaper, using a locally sourced material rather than what they (Penske) have gotten out of the US.

“We’re getting the drawings for the tooling done right now and hope to have it in the cars for Sydney Motorsport Park.” 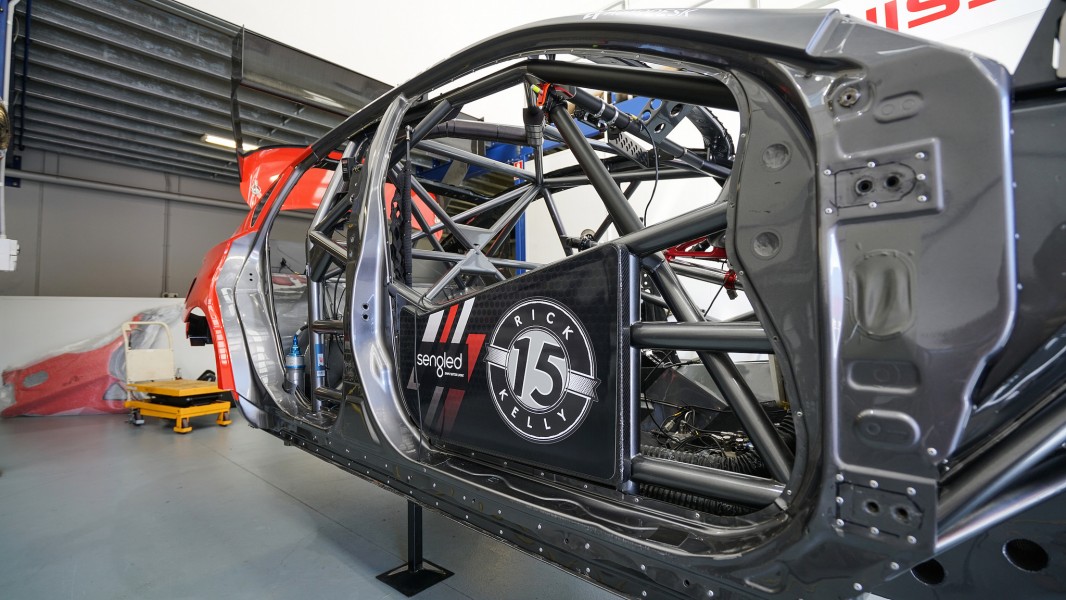 New leg protection requirements add to that incorporated in each chassis

Todd Kelly confirmed that Nissan Motorsport has also gone through the same process looking at the Penske system and is now progressing with its own product.

“We’re well on track. We will be fine to make the implementation date if not before,” Kelly told Supercars.com.

“It was unfortunate that the generic one didn’t fit our car but we’ve designed our own and are finalising the tooling of it.

“For us the Penske one clashes on the seat, the throttle linkage system, the tunnel, everything. It would have been good just to bolt it in but we weren’t so lucky.”

Elsewhere, Erebus Motorsport general manager Barry Ryan says he’s not expecting to make any changes to his team’s cars under the revised regulations.

The team runs an AMG-designed ‘E-cell’ in its Holden, which consists of a carbon fibre structure that fits around the drivers’ seat and extends towards the footwell.

“With what we’ve got now we don’t feel like we have to add anything in terms of leg protection,” Ryan told Supercars.com.

“Our safety cell goes past the gear stick anyway, so we don’t have that problem of the knee and leg being vulnerable to that.

“We’re currently talking to Supercars about it. We might end up putting a little bit of extra padding in there, but we don’t think it’ll really add anything.” 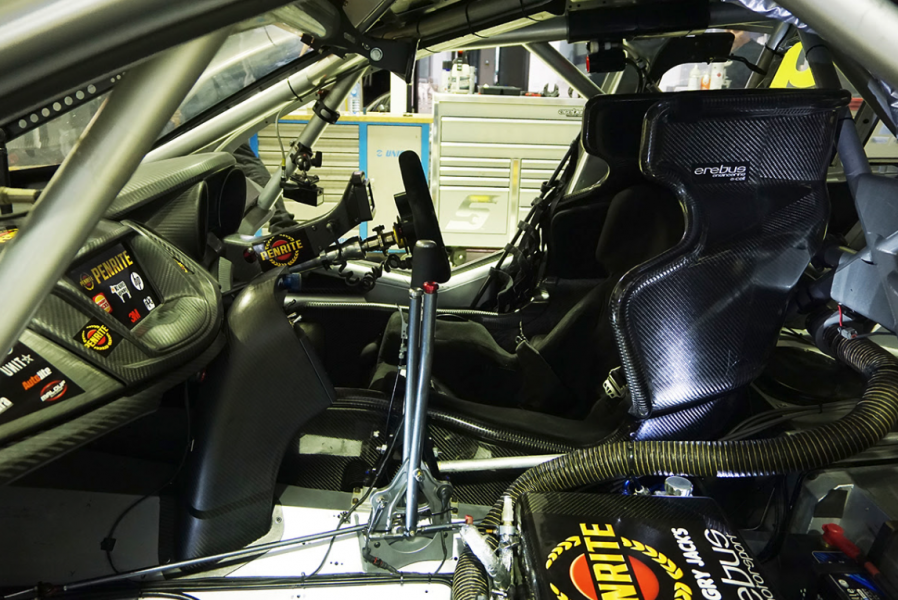 Erebus carried over its E-cell into its Holdens