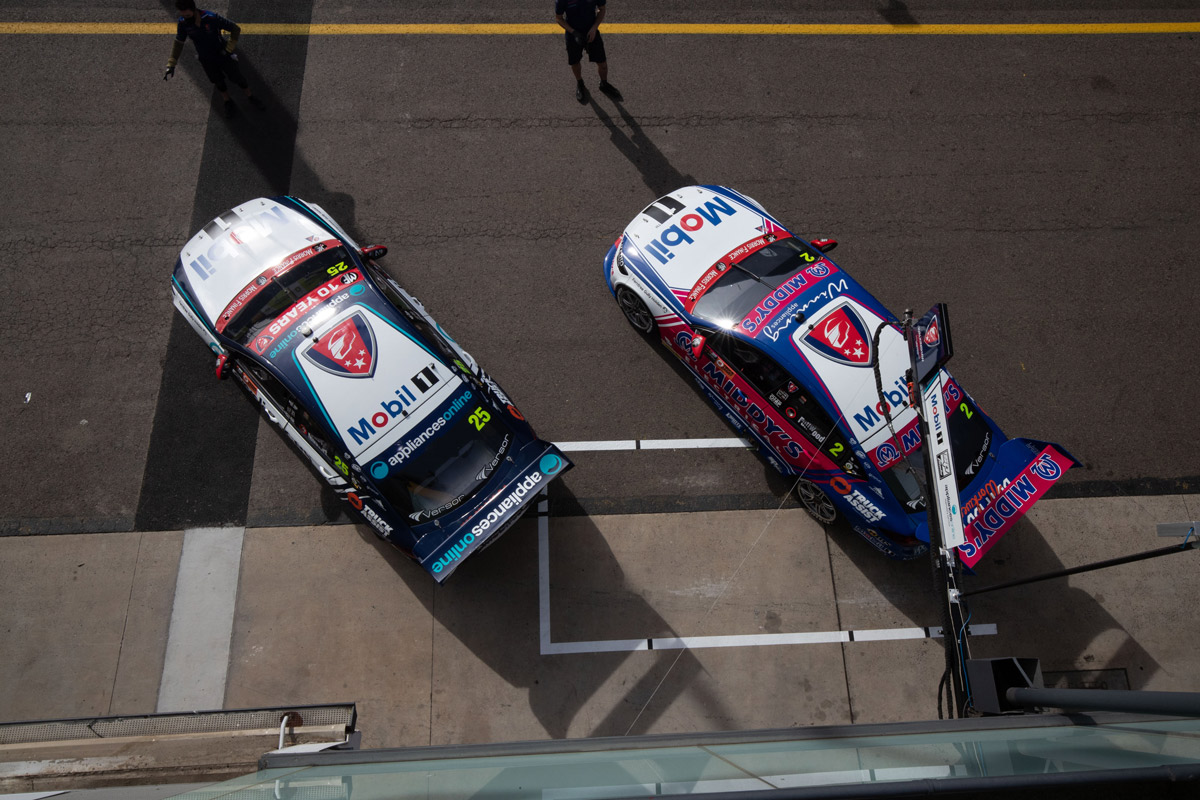 It comes following the announcement of a Supercars hub in southeast Queensland between the recent Truck Assist Sydney SuperSprint and next month’s BetEasy Darwin Triple Crown.

With Triple Eight, DJR Team Penske and Matt Stone Racing the only Queensland-based teams, the news necessitated a relocation for most of pitlane; Penrite Racing quickly confirming they would head to Paul Morris’ Norwell Motorplex.

Kelly Racing locked in a stay at 222 Offshore’s workshop in Ormeau, while Team Sydney return to their former Tekno Autosports premises in Yatala nearby Ross Stone's facility out of which Team 18 will operate.

The most eye-catching short-term homes however will belong to WAU and Tickford.

Fresh off a last-start win at Sydney Motorsport Park for Jack Le Brocq, the latter are due to arrive at Sea World tomorrow.

WAU meanwhile will move into the Gold Coast workshop of Showtime Entertainment Group, who are behind stunt shows at both Movie World and Sea World.

The Holden team holds a connection to Showtime via veteran endurance co-driver Warren Luff, who is a Movie World stunt driver by day.

“A big thank you to Gary [Reid] and the entire Showtime team for helping us out while we are in Queensland,” WAU team manager Anthony McDonald told Supercars.com.

“Thanks as well to Luffy for making it all happen.

“We will get in there tomorrow to unload and start preparing the cars for Darwin.

“Thankfully both cars came back reasonably straight after the weekend, so it will be pretty straightforward before the truck is packed late next week.”

The only team not staying in the Brisbane/Gold Coast region is Brad Jones Racing, who have returned home to Albury in the far south of NSW.

Teams were required to leave the Greater Sydney region as soon as possible post-event, given it has been declared a coronavirus hotspot by the Northern Territory government.

Albury though is not seen to be an at-risk area, meaning the in-form team can prepare from home before heading on the road for the upcoming Darwin doubleheader.

19/07/2020
Stay In The Know
Sign up to the Virgin Australia Supercars Championship Newsletter
We use cookies to ensure that we give you the best experience on our website. If you continue to use this site we will assume that you are happy with it.Ok