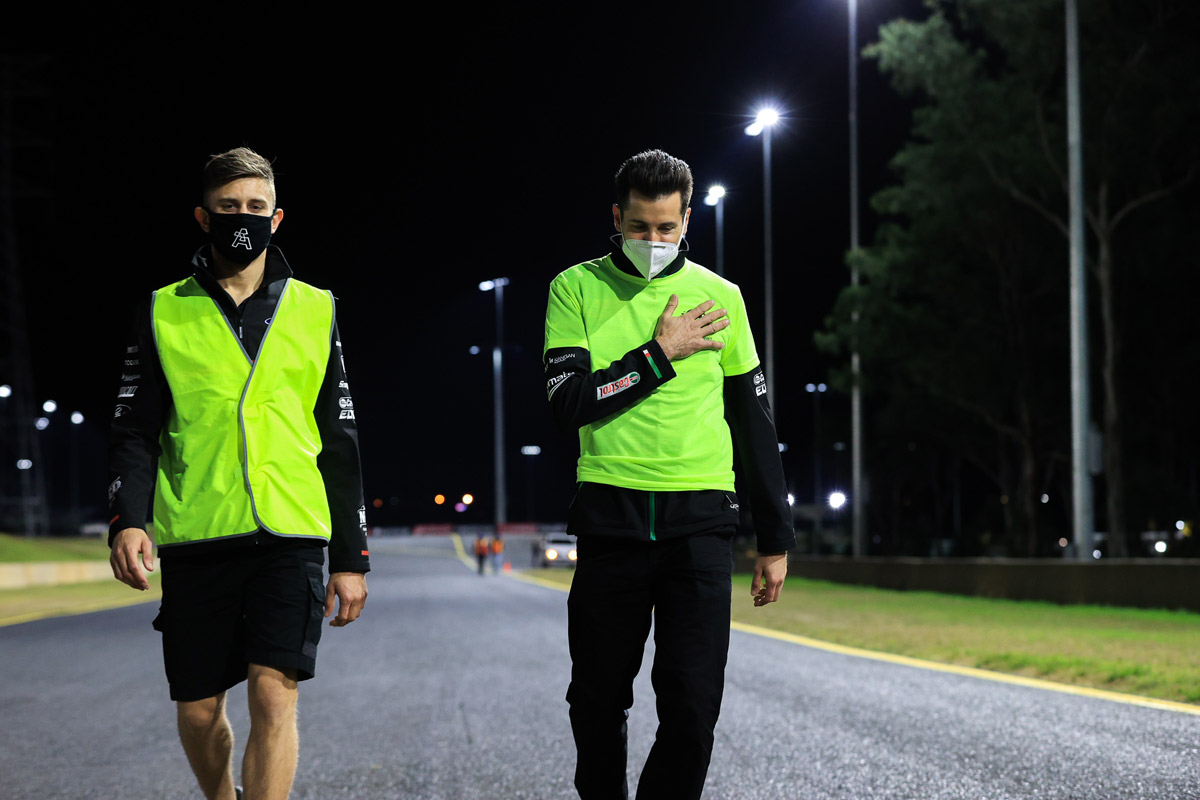 Supercars CEO Sean Seamer has praised the sport’s stakeholders for their flexibility and commitment during a prolonged challenging period.

Drivers and teams arrived in the Northern Territory yesterday, although the BetEasy Darwin Triple Crown will now take place a week later across August 15-16.

Team transporters had been parked at the Queensland/NT border near Mount Isa awaiting the all-clear, while there were a number of timing changes for the charter flight carrying drivers and other personnel into Darwin.

Eventually it has all come together – a result which Seamer believes reflects the overwhelming desire to make a championship happen.

“Our number one priority has been getting everyone up there safely and doing it in such a way that’s safe for Territorians, and that’s what we have been working on over the past week,” Seamer said.

“The clear sentiment from all of the teams is that they’re on the road, they want to be racing.”

Asked in a virtual media roundtable if the constant changes required due to the evolving status of COVID-19 in Australia had provided a logistical nightmare, Seamer was adamant: “We’ve got a pretty good team.

“I think the one thing I would say is that the teams, our suppliers, our TV team, everybody knows that unfortunately this is somewhat becoming a new normal and they’ve been great and they’ve been flexible.

“It’s not easy but by nature of this sport, everybody is logistical.

“It’s a challenge, it’s not a nightmare, and full credit to my team and the teams for digging in because they just want to go racing.

“Everybody is passionate about what we do and it might sound cheesy but at the end of the day, people wouldn’t be doing what they are doing unless they really cared about it.

“So whether it’s our team, motorsport operations, whether it’s Erebus or Team 18, everybody is just digging in because this is what they do.”

Seamer also noted the cost of having the entire sport on the road for the time being was still a better financial equation than being sidelined.

“It’s certainly not as efficient as it would be if we had better spacing between the rounds, and it is putting pressure obviously on the teams to have to do things on the road that they would otherwise be able to do back at their workshop, but we’re making it work.

“It certainly doesn’t cost as much as not racing at all.”

04/08/2020
Stay In The Know
Sign up to the Virgin Australia Supercars Championship Newsletter
We use cookies to ensure that we give you the best experience on our website. If you continue to use this site we will assume that you are happy with it.Ok