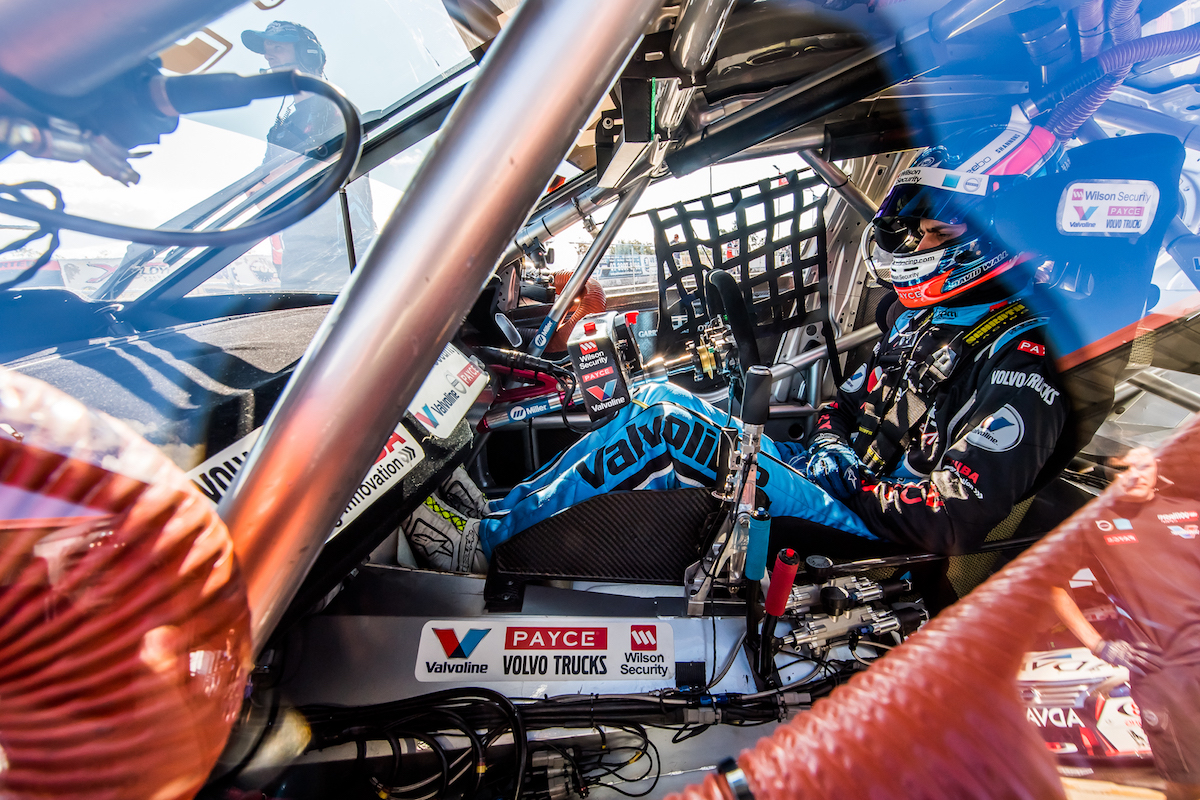 David Wall can’t wait to pair up with former teammate Scott McLaughlin and help his friend push ahead for the Championship as they tackle this year’s Pirtek Enduro Cup.

After four years full-time in Supercars with stints at Brad Jones Racing, Dick Johnson Racing and Garry Rogers Motorsport, Wall has branched out to drive various categories this season and take on just the three big Supercars events in a front-running car.

McLaughlin sits fifth in the championship standings and has a hard task ahead of him to take the title, with a 360-point gap to leader Jamie Whincup, with the two other Triple Eight Commodores of Shane van Gisbergen and Craig Lowndes in front on points, and defending champ Mark Winterbottom.

Wall says he won’t tackle the events any differently, despite being in a higher profile position than ever before pairing with McLaughlin. He will get plenty of race miles across the weekends, with his regular category Porsche Carrera Cup supporting at all three endurance events, and is focused on putting in his best efforts.

“We’re both pretty excited about it, we spent the whole year together last year – I spent more time at the race track than I did at home so to speak – I got on really well with Scott and hopefully we can get the results we’re after and have a good time while we’re there,” Wall told supercars.com.

“It feels exactly the same as my car last year, obviously they’ve made a couple of little improvements since I raced in the car last year … every time I got back into it I got more accustomed to driving it again and also sitting in Scotty’s seat position.”

Wall says he misses driving full-time in the category, but enjoys the opportunity to steer different race cars throughout the year, dabbling in historic racing, production racing and tackling the Porsche Carrera Cup, in which he finished second in the last race at Sydney Motorsport Park last month.

“I’ve definitely missed it, and it wasn’t a fact of giving it up either – I had four years at it and I did the best I could do and it’s the way that it went,” he said of leaving Supercars.

“I’d never close the door to an opportunity to race in Supercars again, but at the end of the day that was my path and the way it worked out for me.

“I’m just looking forward to being an endurance driver and still being involved in the series – but absolutely, I miss driving in the series full-time and being part of it.”

He didn’t say he would be a player in next year’s silly season, though.

“I’m not sure about that – to be honest, as I said I’m enjoying my motorsport, I’m enjoying the Carrera Cup side of things … the variety really excites me and now I’m just concentrating on doing a good job in the endurance series…

“I’m just driving as well as I can in anything I’m in and just go from there basically, but I really am enjoying Carrera Cup and what we’ve got coming up next year within the business, so I’ve got plenty to concentrate on.”

Wall is confident about Bathurst and pleased to race in the same car two years running for the first time in his Supercars career.

“It’s the one time I’ve driven the same car year after year – I was at BJR for two years, but obviously they went from the original car to the Car of the Future, and moving onto the Ford then onto the Volvo. So for me it’s good to have a bit of the same thing from year to year. And as I said before, Scott and I are friends, we get on well and both know what we want and don’t want in the car, so it’s been working really well so far.”