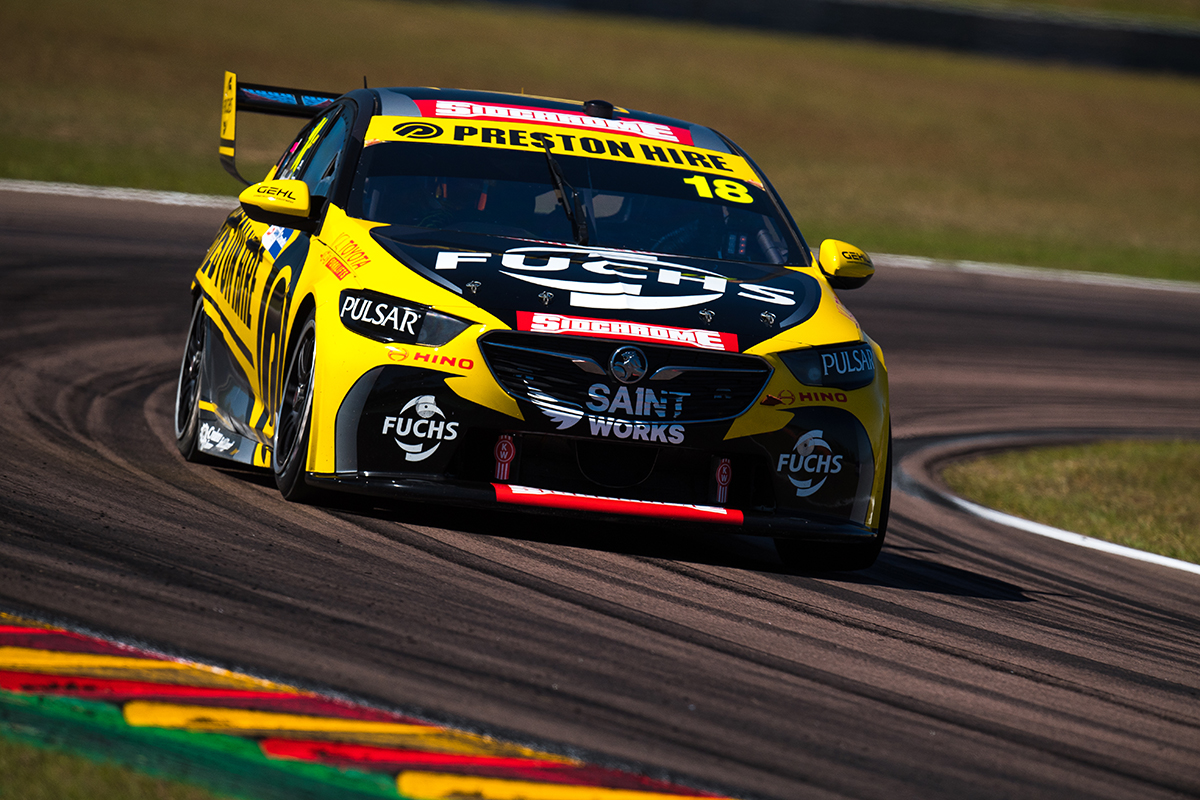 Preston Hire Racing boss Charlie Schwerkolt says the cause of the splitter failure on Lee Holdsworth’s Commodore on Sunday was not immediately apparent.

The single-car Holden squad had a torrid CrownBet Darwin Triple Crown, with 20th in Saturday’s ARMOR ALL Qualifying Holdsworth’s best result in any session.

Holdsworth finished that race 21st, struggling with balance and tyre life, and opted for an aggressive strategy from 22nd on Sunday, pitting at the end of lap one.

Excessive front-splitter vibrations were spotted on the Commodore during the race, hurting Holdsworth’s pace.

Mounting pins finally sheared themselves off with 15 laps to go, with the undertray then parting company with the car on the main straight, leaving Schwerkolt and the team “gutted”.

“We saw the vibration happen earlier in the race and we elected to keep him out there,” Schwerkolt told Supercars.com.

“Unfortunately it tore the undertray out and broke the mounts off completely. In hindsight we probably should have brought him in earlier.

“[We had] a couple of vibrations [earlier in the weekend]. We adjusted the ride height, et cetera, and thought we were right.

“The car was better in that race, it was competitive, we had a different strategy; pitted on lap one but he had to back off, couldn’t fight with the vibration and unfortunately it was all over.

“We’re not sure what’s happened, it’s too early to tell. We’ll investigate when we get back.” 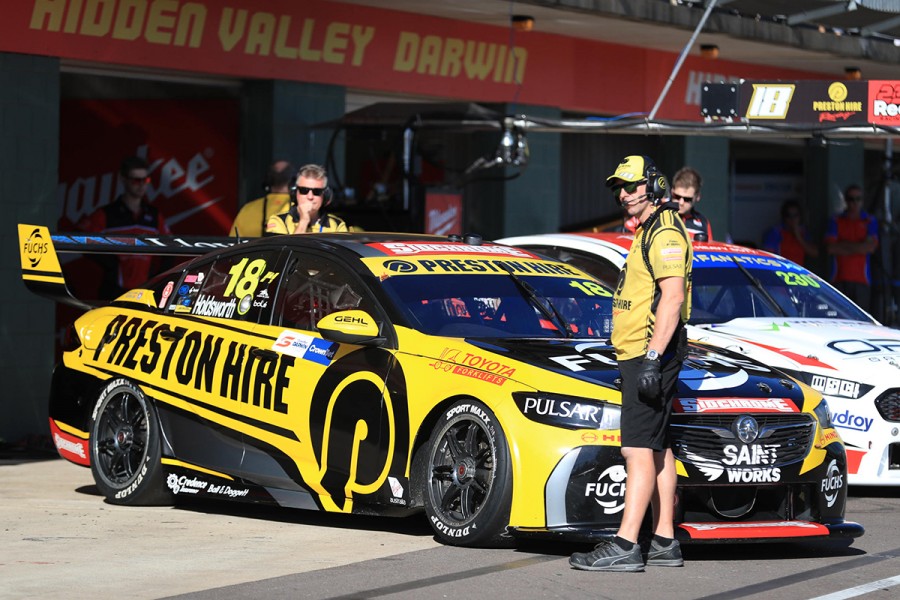 A handful of other Holden teams had problems with ZB splitters on Friday at Hidden Valley, including Triple Eight, Brad Jones Racing and Garry Rogers Motorsport.

Preston Hire Racing and BJR were plagued by dramas at Phillip Island in May.

Schwerkolt’s operation subsequently switched to Triple Eight-produced bars to suit the mounting system on its Triple Eight-built Commodore, from the GRM splitters manufactured for the southern-based teams.

“It’s something we’ve got to get on top of and rectify, if there’s a bar issue or a mounting issue, a bit of a ride-height issue,” Schwerkolt added.

“I think we saw [Tim] Slade and [Jamie] Whincup on Friday as well, it shouldn’t really happen in our sport at the moment, but anyway, it does, we’ve got to get on top of it.”

Holdsworth leaves Darwin 21st in the Supercars standings, after 16 of the year’s 31 races.