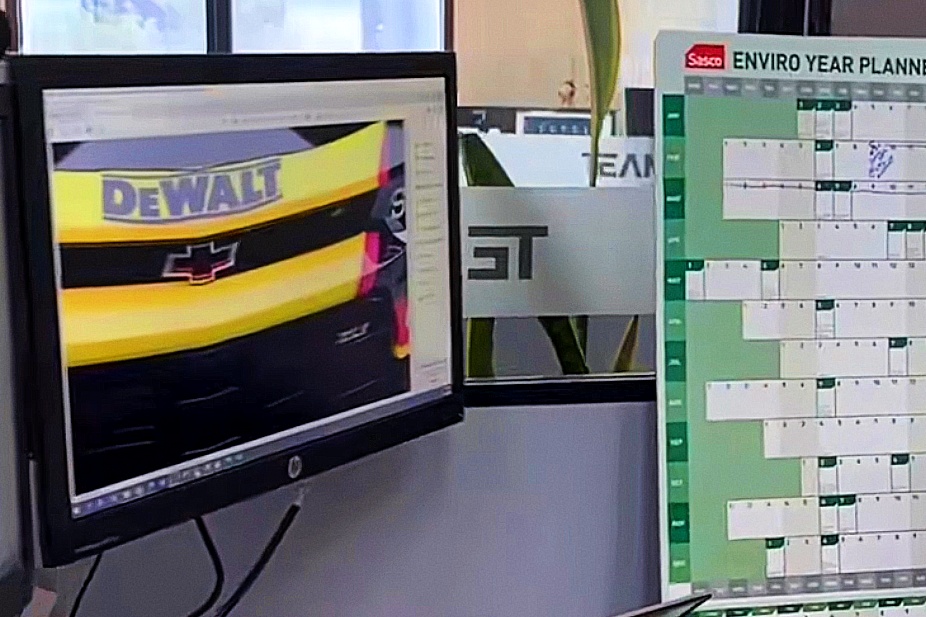 Team 18 has teased the livery for one of its new DEWALT-backed Chevrolet Camaro Supercars.

In a video posted to the team’s TikTok account, a render is shown on a computer screen.

The render is carrying backing from DEWALT, which has naming rights for Mark Winterbottom’s Camaro for 2023.

DEWALT is part of the Stanley Black & Decker portfolio.

Winterbottom and fellow veteran Scott Pye make for an unchanged Team 18 line-up in 2023.

Winterbottom joined in 2019 when the team was a one-car outfit.

Winterbottom carried IRWIN colours between 2019 and 2022.

The team is slated to shake down one of its Camaros at Winton on February 2.

Victorian teams are set to test on February 7 before joining their Queensland rivals in Sydney on February 22.

Gen3 offers a "refresh" for Charlie Schwerkolt's team, which is looking after the assembly of its own cars.

"It’s coming together for us… it’s been nearly 10 years since I’ve had brand new cars," Schwerkolt told Supercars.com last year.

"We want to build Team 18 and what we can do. We’ve got great people who know what to do.

"I’m so excited for next year, it’ll be a great refresh for our team."