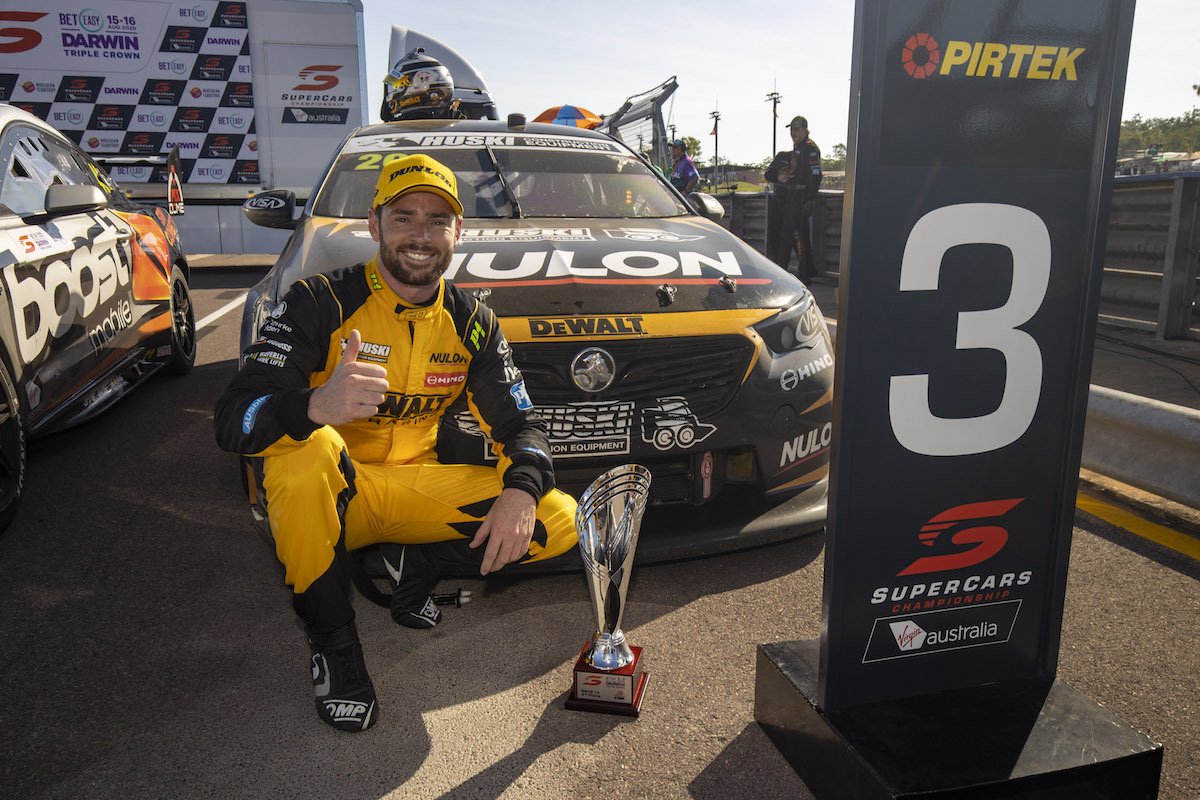 Team 18 boss Charlie Schwerkolt has expressed his delight after his squad notched its maiden Supercars podium as a standalone outfit in Darwin.

Having gone close to earning silverware several times before, including the most recent race in Sydney, it was recruit 2020 Scott Pye who came through with the goods in Saturday's race.

Pye benefited from a long second stint on soft tyres to charge to third, with Mark Winterbottom running a soft-hard strategy to score fourth.

In its days as a customer team, Team 18 did reach the podium once via Alex Davison in 2013, but Pye’s result was the first since Schwerkolt opted to go it alone in ’16.

“It really is fantastic for the team,” said Schwerkolt, who is at the circuit this weekend having missed the two recent Sydney events.

“That’s what we’re here for and I said it wasn’t going to be that far away.

“As a two-car team it’s our first time, we’re just building and building and there’s things we have got to get better at but it’s really great to get that under the belt.

“A third and a fourth is pretty fantastic.”

Pye passed Winterbottom late in the race to secure third, with Schwerkolt praising the latter for doing the team thing while on the slower compound.

“There was no battle at all between the two boys, Frosty did the right thing and moved over,” said Schwerkolt.

“Clearly Scott was quicker, no point in fighting there at all, we’re not going to hamper getting a podium so Frosty did the right thing and just moved over straightaway at Turn 6.”

If it was not for the timing of an early Safety Car, Winterbottom – who qualified fourth and led the race to that point on softs – may well have been celebrating victory.

“Frosty had a good lead there for a while and he was just cruising out the front,” added Schwerkolt.

“It did hamper him for sure, it slowed him down so it all came back to us and then of course you’re pitting and when you pit under a Safety Car and you’re down the rear of the pitlane, you have got to get out in the right traffic.

“But we got him out as best as we could and it turned out really good.”

With both Pye and Winterbottom keeping a set of softs up their sleeve for tomorrow – and the latter’s used set only having six laps on them – Schwerkolt is optimistic of more success before the event is out.

Sunday’s action at the BetEasy Darwin Triple Crown will begin with the first of two qualifying sessions from 11:40am local time.