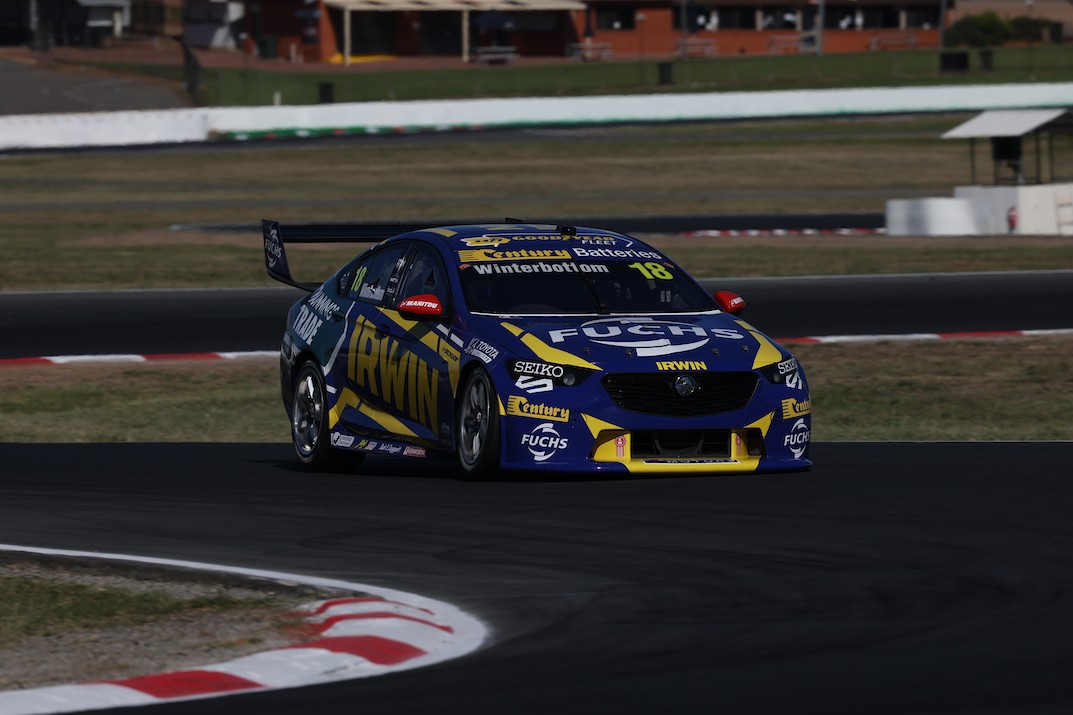 Team 18 drivers Scott Pye and Mark Winterbottom were both pleased with a strong first hit out for the year at official pre-season testing at Winton.

Pye helped the #20 DEWALT Racing Commodore to fourth on the timing sheets, with Winterbottom 15th overall in the IRWIN Racing entry.

The two cars combined for 220 laps of the regional Victorian circuit, with the #18 completing 125 tours of the track.

Only two other cars, both from the Tickford racing garage, recorded more laps than the #18.

Both the team's co-drivers, Michael Caruso and James Golding, also completed a solid amount of laps on the hot day.

The heat saw the fastest time of the day, by Erebus Motorsport rookie Will Brown, set in the opening hours.

However, for Team 18, Friday was about completing a strong programme ahead of the new season.

"It's been a really productive day, we completed well over 100 laps and we improved the #20 DEWALT car steadily throughout our stints," said Pye, who finished ninth overall in 2020.

"It was awesome to get Jimmy [Golding] in the car and get him comfortable, he pumped out a lot of laps and was well on the pace.

"We feel our pace is quite strong; however, it is only a test day so it's hard to gauge what anyone really has until we enter qualifying at Bathurst next week."

The team has also been bolstered by the arrival of chief engineer Richard Hollway, who boasts experience from various teams.

For Winterbottom, who enters his third season with the team, Friday's running marked an opportunity to bed in his car, rather than focus on single-lap pace.

"It was nice to get back in the car today, we got rid of the cobwebs early and ran through the items on our test program," the 2015 champion said.

"Early in the morning was the best part of the day when the fastest times were set, before the track temperature skyrocketed.

"We didn't set an outright lap time but focused on tuning the car up for race-runs and to look after the tyres in the hot heat.

"As a team we have come a long way, the cars ran seamless and both cars ran over 100 laps, mechanically they were on song which was a testament to the efforts put in by the team to get here."