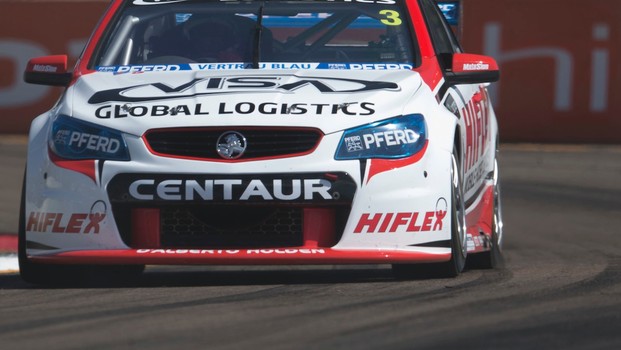 Tony D’Alberto Racing is on the hunt for a new team manager for the 2014 V8 Supercars Championship.

The Knox, Victoria-based team is searching for a new team leader after Dylan Napier announced he will leave the squad, electing to head back to his homeland of New Zealand with his young family.

Napier will depart after the ARMOR ALL Gold Coast 600 in three weeks, and TDR is keen to use the coming months to secure a permanent replacement.

Long-time team associate Graham Jenkins will fill Napier’s role at the final two events of the season at Phillip Island and Sydney, if the team does not fill Dylan’s void before the end of 2013.

“It will be a shame to see Dylan leave our team, but we wish him every success with his family in New Zealand,” team boss Al D’Alberto said.

“We’re in the fortunate position that we have a couple of months up our sleeve to finds the right replacement.

“We are looking for someone with V8 Supercars experience. They have to be self-motivated and have a strong desire to succeed.”

Napier started with TDR in 2010 in the team’s sub-assembly department and built his way up to team manager within two years.

In that time, he has seen TDR and driver Tony D’Alberto score a number of top 10 finishes, including his strong front-row start at Winton in August this year.

“It’s going to be big shoes to fill to find someone with his level of expertise and leadership.

“We’ve had a good level of success this year, and a lot of that can be attributed to Dylan’s performances.

“We’re always looking to take steps forward, so we’re going to try and find a person who can take off where he has left us.”

The team has already begun a push to source the best possible replacement.

Red Bull Racing Australia team boss Roland Dane recently told v8supercars.com.au he was also on the lookout for a new team manager after the departure of Adrian Burgess, though Dane himself is filling the role and will be taking his time to find the right person.

The next event of the V8 Supercars Championship will be held next week at Mount Panorama for the world-famous Supercheap Auto Bathurst 1000. Tickets are still availabe for the event.

Chrome Wrap for #33 for Bathurst

Whincup Aims for the Double - and Lowndes

Tony D'Alberto  ›
15' Team CoolDrive ›
2013 Supercheap Auto Bathurst 1000  ›
Stay In The Know
Sign up to the Virgin Australia Supercars Championship Newsletter
We use cookies to ensure that we give you the best experience on our website. If you continue to use this site we will assume that you are happy with it.Ok