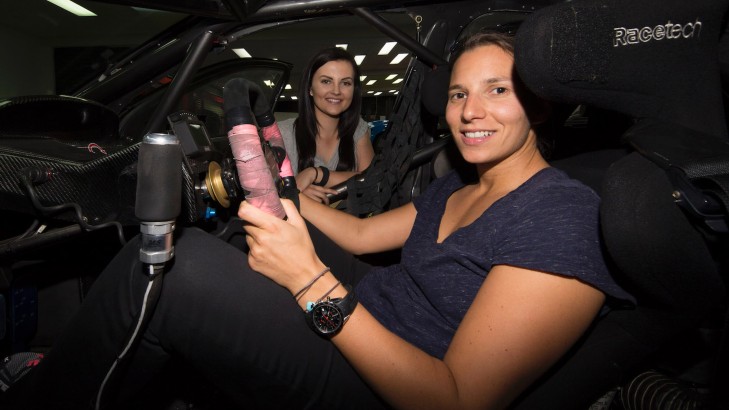 International racer and wild card Bathurst entrant Simona de Silvestro has arrived in Australia and jumped straight behind the wheel.

The Swiss-born Indycar driver flew in from Europe and quickly shrugged off any jetlag to spend her first day on the Gold Coast with co-driver Renee Gracie and their mentor Paul Morris.

Swiss de Silvestro, 26, will share a Prodrive-prepared Ford Falcon FG X with Gracie, 20, as both debut at Mount Panorama in a V8 Supercar in the Supercheap Auto Bathurst 1000 next month as the Harvey Norman Supergirls.

And while she is here to race, de Silvstro was able to make the most of her trip to Australia so far, exploring Queensland yesterday morning with her co-driver before stops in Sydney and Melbourne in the lead-up to the race from October 8-11.

"It's great being here in Australia," she said.

"We had breakfast in Main Beach and even had my first taste of Vegemite. So I am an honorary Australian now. I also visited the Gold Coast track for a quick look and it looks fantastic." 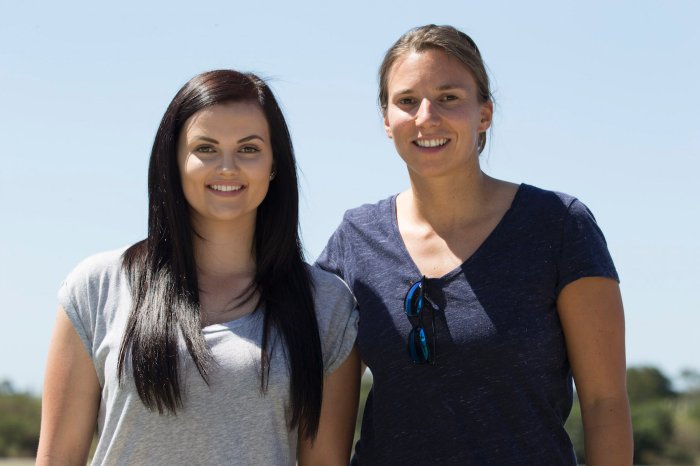 De Silvestro and Gracie will be backed by Harvey Norman in the Supercheap Auto Bathurst 1000, in a deal that will see the car on the grid both this October and next year for the Great Race.

Reigning Bathurst champ Morris mentors and races against Gracie in the Dunlop Series, and yesterday helped IndyCar driver de Silvestro get comfortable in a right-hand drive race car as she completed the 'V8 Experience'.

De Silvestro enjoyed the day and said she was still getting used to the ergonomics of the car.

While she has not underestimated the task of tackling a V8 Supercar at Bathurst, de Silvestro is keen for the challenge after following the sport for years.

"Paul Morris has been great although I was a little rusty driving on the right with the gear lever on the left," de Silvestro said.

"I actually get car sick as a passenger, so Paul quickly put me into the driving seat to get used to things.

"We then moved into the V8 Supercar Experience car and that was good but visibility out of the car was harder than I thought.

"The guys have been great and this learning will prove very valuable for the test at Queensland Raceway." 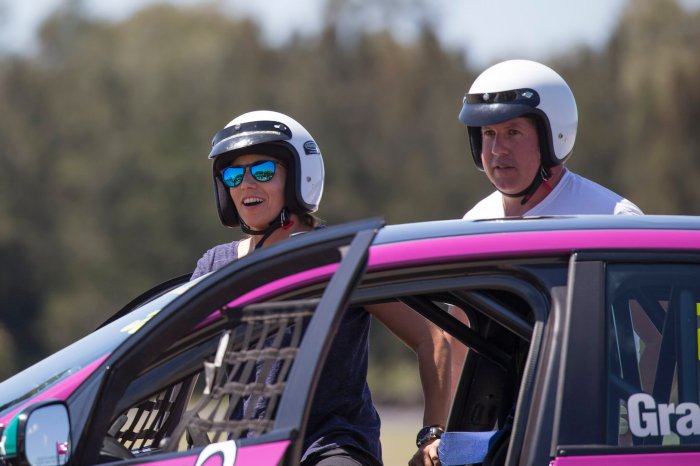 By the end of the day, she was feeling the impact of such a big trip, but couldn't wait to get on-track to sample Gracie's Dunlop Series V8 Supercar, which she and Gracie will test at Queensland Raceway today.

"The jet-lag is starting to kick in as this is the furthest I have ever flown," de Silvestro said.

"But I will be fine after a good night's sleep and can't wait to do some laps in Renee's Dunlop Series machine and look ahead to Bathurst."

Gracie's Fujitsu Falcon is a different specification to the new generation FG X the girls will steer in the Championship race, though some time behind the wheel today will help de Silvestro get used to the unique V8 Supercars.

The pair also has two test days next week in the FG X at Winton Motor Raceway in Victoria.

The last time an all-female combination contested the Bathurst 1000 was back in 1998, with Melinda Price and Kerryn Brewer finishing 11th that year.

A number of Dunlop Series teams will test at Queensland Raceway and Winton tomorrow in preparation for the 250km mini-enduro at Bathurst, the penultimate round of the development category's 2015 championship.