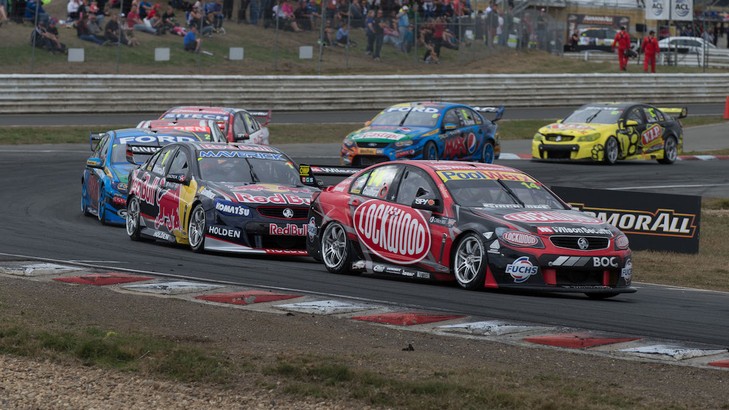 Tasmania's largest annual sporting event has been backed by customer service leader Tyrepower in becoming the Tyrepower Tasmania 400, from March 28 to 30.

The famous Australian tyre retailer has been announced as the official naming rights partner of Tasmania's V8 Supercar weekend in a joint partnership for both major Australian brands.

V8 Supercars Director - Promoted Events Mark Perry said it was a great new partnership that gelled with V8 Supercars as a brand and a sport.

"Tyrepower prides itself on customer service and we at V8 Supercars are similar in that we strive to provide the best in sporting entertainment in Australia and New Zealand," Perry said.

"It is a very fitting partnership which is sure to further develop the closer we work with Tyrepower."

Tyrepower Chief Executive Officer David Wilson said the tyre retailer was looking forward to coming on board with V8 Supercars.

"Tyrepower is very excited to be stepping up to the starting grid as naming rights sponsor for the Tyrepower Tasmania 400," said Mr Wilson.

"We would like to thank the Tasmanian Government, V8 Supercars Australia, sponsors, volunteers, teams and drivers for their hard work in putting together a fantastic experience.

"We also thank you, the V8 Supercars fans. Many of you are Tyrepower customers whose passion for this sport (and your cars), helps keep our Tyrepower members in business. That's right, all Tyrepower stores are run by owner operators."

Tyrepower was established in 1977 by six independent tyre retailers as a buying cooperative to offer the consumer the flexibility and value of an independent dealer network and today offers customers the convenience of 250 stores around Australia. Tyrepower brings customers big brands at low prices on a range of tyres and similar products.

V8 Supercars will return to Symmons Plains with the new SuperSprint format which is guaranteed to produce action-packed racing with two 100km races on Saturday and a 200km on Sunday.

Located 30 minutes out of Launceston, the Tyrepower Tasmania 400 offers a fantastic weekend of entertainment plus the adrenaline pumping action of V8 Supercar racing. Watch all the support categories and experience a variety of off-track activities including a dedicated Family Zone, free with your event ticket. Kids 14 and under receive free general admission entry with a paying adult. You won't want to miss a moment – tickets are available now.