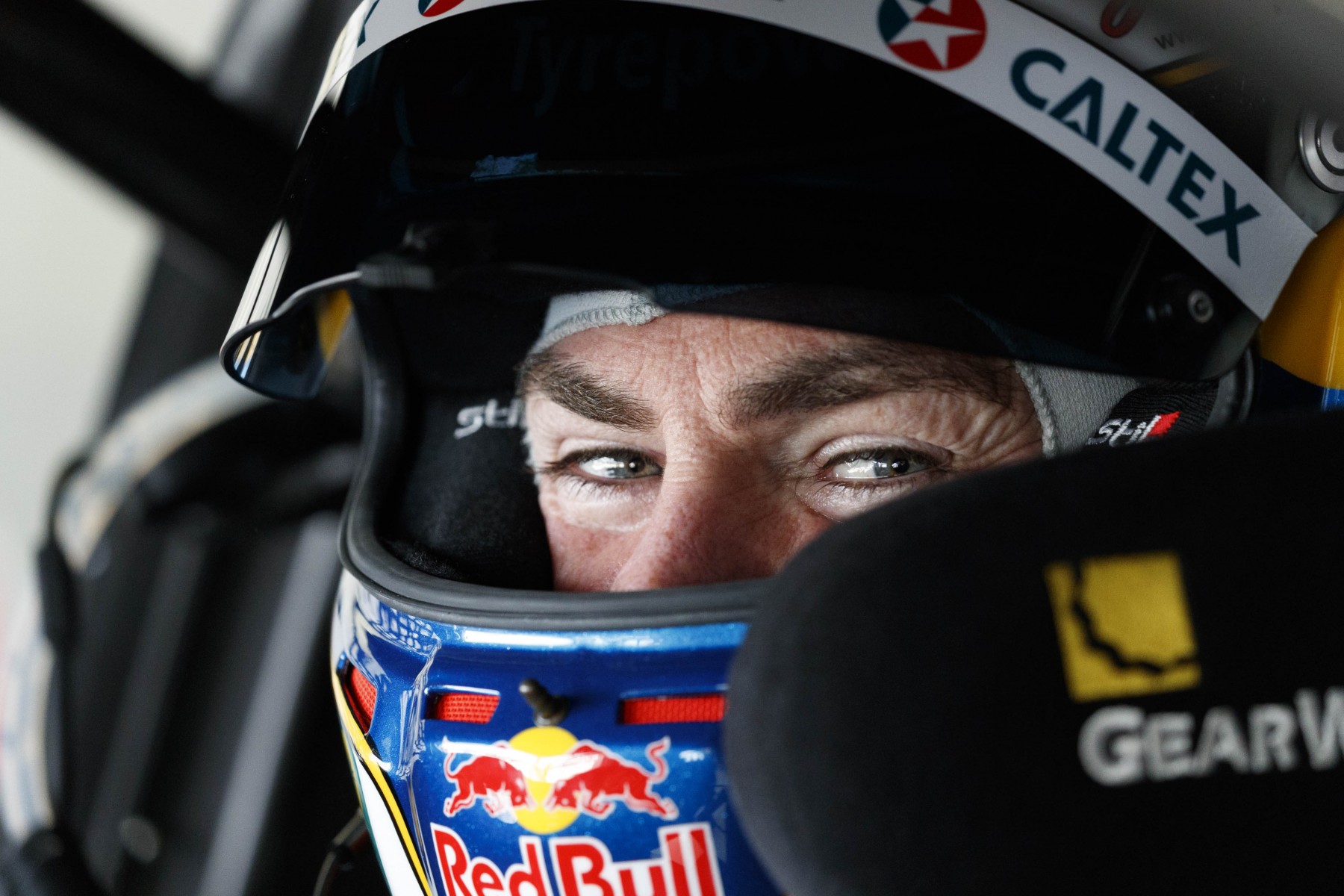 Supercars legend Craig Lowndes is almost certain to be offered a new deal by Triple Eight boss Roland Dane to extend his full-time career beyond 2017 and target 700 championship race starts.

Lowndes, 42, celebrated his record 600th championship race yesterday with a blinding start into the lead in his TeamVortex Holden Commodore VF and a second place finish behind long-time team-mate Jamie Whincup.

Lowndes was renewed for two years as the driver of T8’s new satellite entry this year and has relished the role outside the Red Bull garage. He has won two races and runs third in the championship behind Whincup and new team-mate Shane van Gisbergen.

“I think there is every chance, I’d be surprised if we didn’t (re-sign Craig) as a full-time driver,” Dane told supercars.com Sunday evening after his team had dominated the Red Rooster Sydney Motorsport Park SuperSprint.

“I look at him now and I think he is motivated, he is enjoying it, he has got his own group around him.

“He looks to me like a bloke who is mostly enjoying his racing as much as he ever has.

“He loves doing what he does, he is a bit like Shane (van Gisbergen) he just loves driving race cars.”

An extension would mean Lowndes would play a role in the development and racing the new generation Holden Commodore Supercars racer that debuts in 2018.

Triple Eight has been handed the responsibility for that project by Holden, as well as the Red Bull team taking over the mantle of the official Holden Racing Team from the current Walkinshaw-owned operation next year.

Lowndes made it clear he wanted to go on and be a full-time part of the new era and target 700 starts.

“I think I’d need another three years in the sport I worked out the other day,” Lowndes. “You’d like to think so and hope so.

“This year and next year we are contracted, beyond that who knows what is going to happen.

“It is up to Roland and for us to sit down and work it out. To make a strong case we have to keep performing the way we are.

Lowndes joined Triple Eight Race Engineering in its second year in Australia in 2005 and won the team’s first race and round at SMSP (then known as Eastern Creek) in May that year.

While he has never added to the three drivers’ championship he won at HRT in the 1990s, Lowndes has finished second in the championship six times and fourth five times and won Bathurst five times, adding to his 1996 win with HRT.

“He is still running at the front of the field and validating our plan to keep him racing for a lot longer,” Dane added.

“Craig has proved yet again his talent this weekend with a start that everyone else would love to do and to be able to go from fourth to P1 at the first corner.

“And he led much of the race and only just lost out in the pits slightly to Jamie.”

Dane said he was pleased that Lowndes would record his 600th start and Whincup his 100th win at SMSP.

“It’s been a good hunting ground for us.”