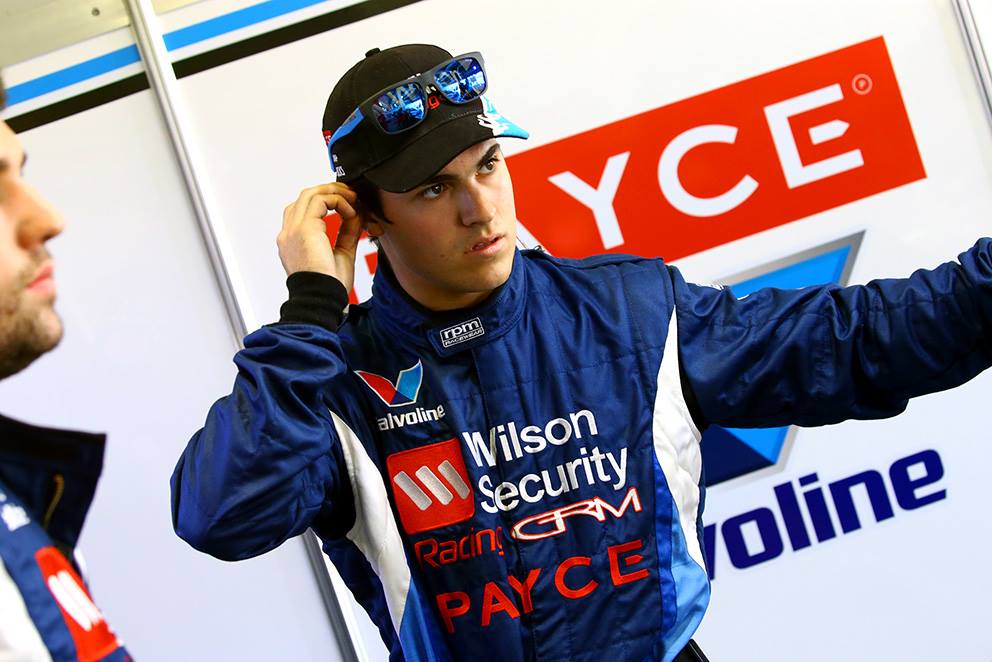 While Golding was a high-profile omission from the Supercars feeder category in 2017, the young driver will suit up in Garry Rogers Motorsport’s car #31 at this weekend’s Winton SuperSprint and the Coates Hire Ipswich SuperSprint in his first solo races in the Virgin Australia Supercars Championship.

The highly rated youngster endured a notable 2016 season, winning his first Super2 races while his debut enduro campaign alongside GRM driver James Moffat was highlighted by a high-speed accident at the Sandown 500 and an impressive fifth place finish at the Gold Coast 600.

Now confirmed to drive alongside Tander in this year’s enduros, the veteran driver says the wildcard races will be a major benefit for both GRM and the 21-year-old racer.

“I think he’ll learn more in these two wildcard races than he would all year in the Super2 series,” Tander told Supercars.com.

“I certainly watched all of his development series stuff and he was very impressive.

“He probably didn’t have the enduro campaign he would have liked last year but there was probably a few reasons for that.

“His speed’s fine; it’s really fast. He’s really young and still has a lot to learn, but he’s got a great opportunity with these wildcard races.”

Tander backed the rookie driver to aid the team’s push for speed at Winton with the team gaining valuable data from the additional entry.

“It’s another car for us to be doing development work with over the course of the weekend,” he added.

“For us it goes from two sets of data to three.

“James Golding, he’s fast. His feedback as when he’s driven a car this year has been the same as Moff’s and mine.

“Dave Swenson is engineering that car, and he’s an accomplished engineer as well.

“For us it’s a great opportunity to fast track a bit more work because we haven’t had any testing yet.

“Any information we get at the moment is gold, so we’ve just increased our information gathering resource by 50 percent and that’s a good thing for us.”

After leaving GRM at the end of 2004 and returning with a championship and two additional Bathurst 1000 wins to his name, Tander admits he is still settling into his role at the team in his experienced capacity that includes mentoring the team’s fleet of young drivers.

Golding in particular was a driver who caught his attention when racing in junior categories.

“I followed him (Golding) from Formula Ford where he was racing against Leanne (Tander, Garth’s wife),” he explained.

“I knew about him back then and realistically being one of Garry’s alumni you tend to follow the other young alumni that go through GRM.

“As Biebs (Golding) becomes more involved more with the #33 car closer to the endurance races, then there’ll be more of that mentoring role take place and over the course of these wildcard weekends.

“There’s a lot of experienced guys in the team with Richard Hollway, Manuel Sanchez and Moff has plenty of his own experience. Realistically it’s a collaborative effort than just me coming in.”