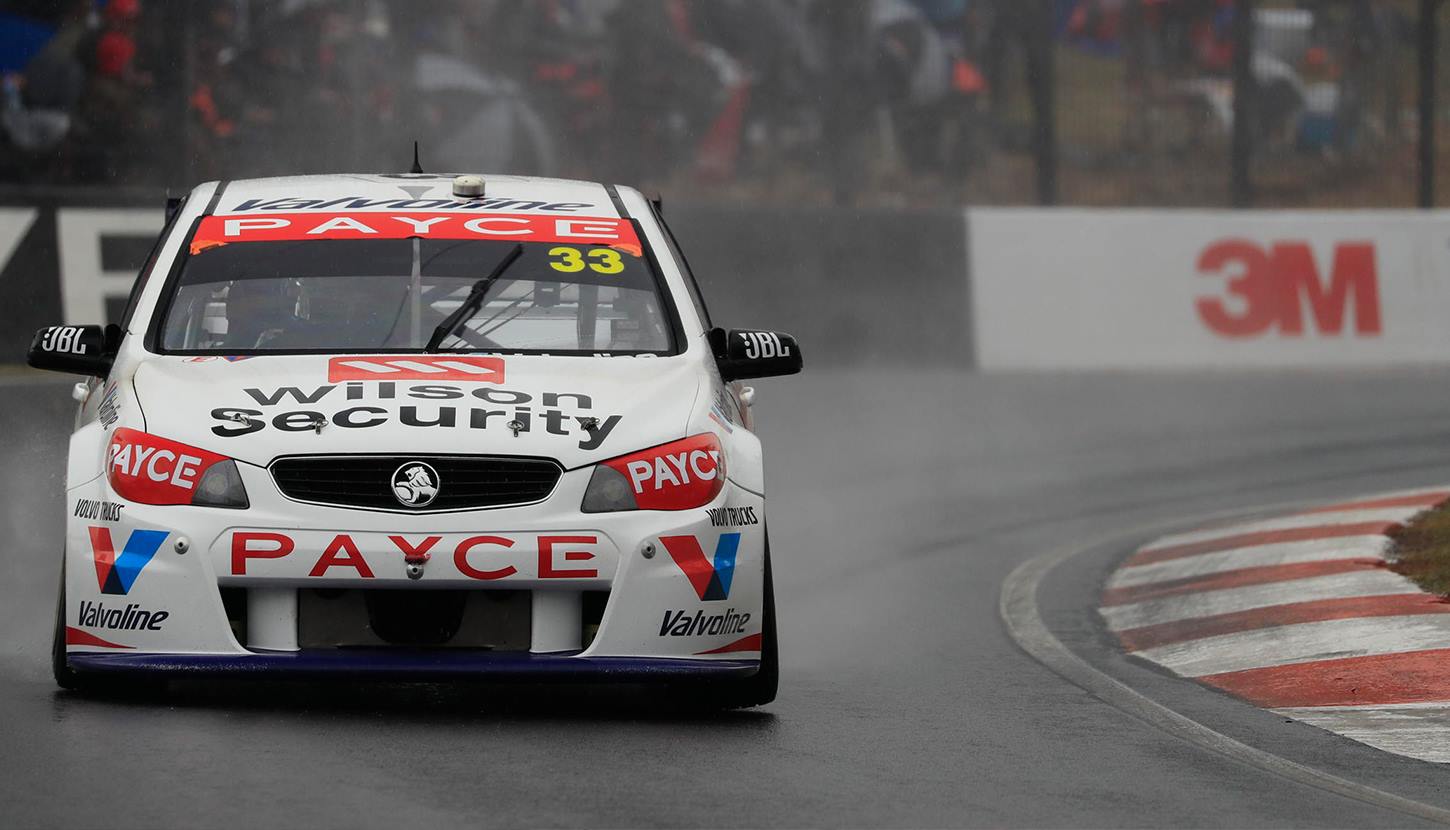 Garth Tander says the track surface at Murray’s Corner was “like ice” when he and Shane van Gisbergen went off on a late restart at the Supercheap Auto Bathurst 1000.

Van Gisbergen led Tander with 17 laps remaining but as light rain started to fall again at the bottom of Mount Panorama the pair came unstuck on the entry and the middle of the corner respectively.

Tander lost a handful of places after running wide and was then turned around by Chaz Mostert at Hell Corner, dropping to 13th and picking up damage.

He crashed at The Cutting a handful of laps later, pitted for repairs and was ultimately classified 18th, nine laps down.

“Coming out of The Chase, there were spits of rain on the windscreen but it was nothing, really,” Tander told Superars.com of the restart.

“You thought, ‘that won’t be a drama’, that you have enough tyre temperature and the track won’t be that wet.

“But obviously when Shane and I got there, it was like ice. We just speared off.

“I got it back on track, obviously lost a lot of spots and then got tagged at Turn 1 and damaged the car quite a bit, bent the rear suspension, bent the front splitter, so it was a struggle from then on.

“I was trying to be really conservative and give the walls heaps of room because the car was behaving really weirdly and I was just fractionally too wide going into the kink and whacked the wall.

“The boys did a good job to fix it so we could get back out and get classified and get some points.”

GRM looked set for a strong result with James Moffat and Richard Muscat running in second, two spots ahead of Tander and James Golding on lap 139.

Moffat, however, went off at McPhillamy Park and then crashed out altogether at Sulman Park, necessitating the Safety Car that ultimately caught out van Gisbergen and Tander on the restart.

“Our car wasn’t particularly great in the really wet stuff, but in the drying stuff and in the dry it was mega.

“And then obviously with Moff as well, the boys didn’t deserve that. They deserved something out of this weekend.

“A lot of positives, but obviously nothing to show for it.”

Tander lined up ninth, having made the Top 10 Shootout at the expense of Moffat, who crashed in the closing stages of qualifying and lost a time that would have put him in.

While he got up to fourth in the opening stages, Tander dropped to eighth by the time he had pitted, with GRM attributing the lack of pace to too-low tyre pressures.

“We weren’t expecting it to rain that much,” Tander explained.

“All the mid-week weather was ‘it’s going to come late’ and obviously it started coming early.

“But our prediction sort of changed and said it wasn’t really going to rain at all. Obviously we got that wrong.

“We went for pretty - not expecting the track to get that wet - low pressures. And then struggled a lot in that first stint, really struggled.

“Once we got the tyre pressures right we sort of found that the car wasn’t that great in the real wet stuff.