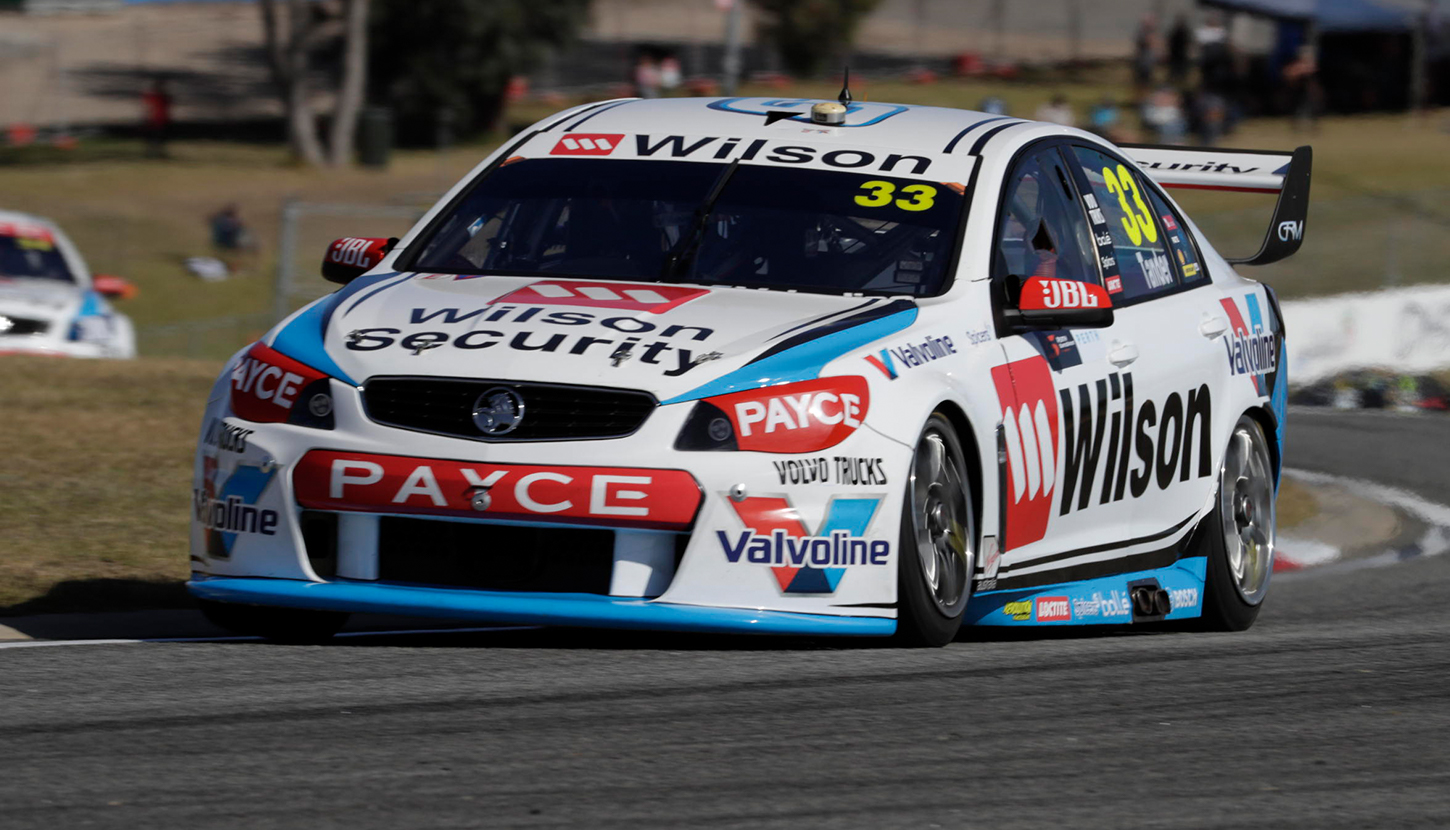 The Garry Rogers Motorsport Holdens of Garth Tander and James Moffat have made a promising start to the Perth SuperSprint, ending Practice 1 in first and third respectively.

Tander switched to a green set of Dunlop super soft tyres to record his best lap of 55.65s late in the 45 minute session and finish 0.0481s ahead of Jamie Whincup.

Moffat underscored GRM's potential in third ahead of James Courtney in the Boost Mobile Commodore.

“I had a feeling our car would be better here than it was a Phillip Island. It was a really productive session,” said Tander.

“It’s hard to know where you are in the middle of the session because the tyre falls away so quickly, but then you put a new one on at the end and it’s like you’ve won lotto, there’s more grip than you know what to do with.

“I don’t think the lap was particularly great but we know a couple of other guys ran greens so that’s encouraging."

Rick Kelly was the fastest Nissan driver in the session in fifth overall, with car #15 taking advantage of a tyre bank that has better quality rubber as a result of missing Sunday's race at Symmons Plains last month.

Shell V-Power Racing's Fabian Coulthard was the quickest Ford in sixth, with team-mate Scott McLaughlin all the way back in 20th.

McLaughlin ended the session with a 12-lap race run, frustrating rivals as he stuck to his line on degrading rubber while others went for late times.

“I think Nick and Scott Pye have some sort of issue," said McLaughlin after a post-session chat with Percat.

"I was on a race run just trying to do my own session.

“I was trying not to stuff too many people up but I also want to get a good program for myself.

“It was pretty animated from their side, but I’m pretty cruisy. It just is what it is.”

Erebus Motorsport continued its impressive start to the season, with Dale Wood and David Reynolds in seventh and ninth place, split by Craig Lowndes' TeamVortex Holden.

Reynolds ran through the sand trap at the final turn five minutes into the session before recovering the #9 Commodore.

"We're trying to get all the secrets from the local man," Holdsworth quipped.

"Here we're chewing up tyres doing laps and we don't have enough tyres to be able to be out there the whole time.

"With him out there we get another set and it gives him miles. We'll make the most of it."

“It was awesome. It’s a great car,” said Brabham after recording 32 laps..

“I had no idea what to expect having never driven one before.

“It was just a matter of getting laps under my belt and feeling comfortable and just building up to speed.

“It felt alright but I pretty much have no idea where I need to improve, I’m pretty much in the dark, but it felt good.”