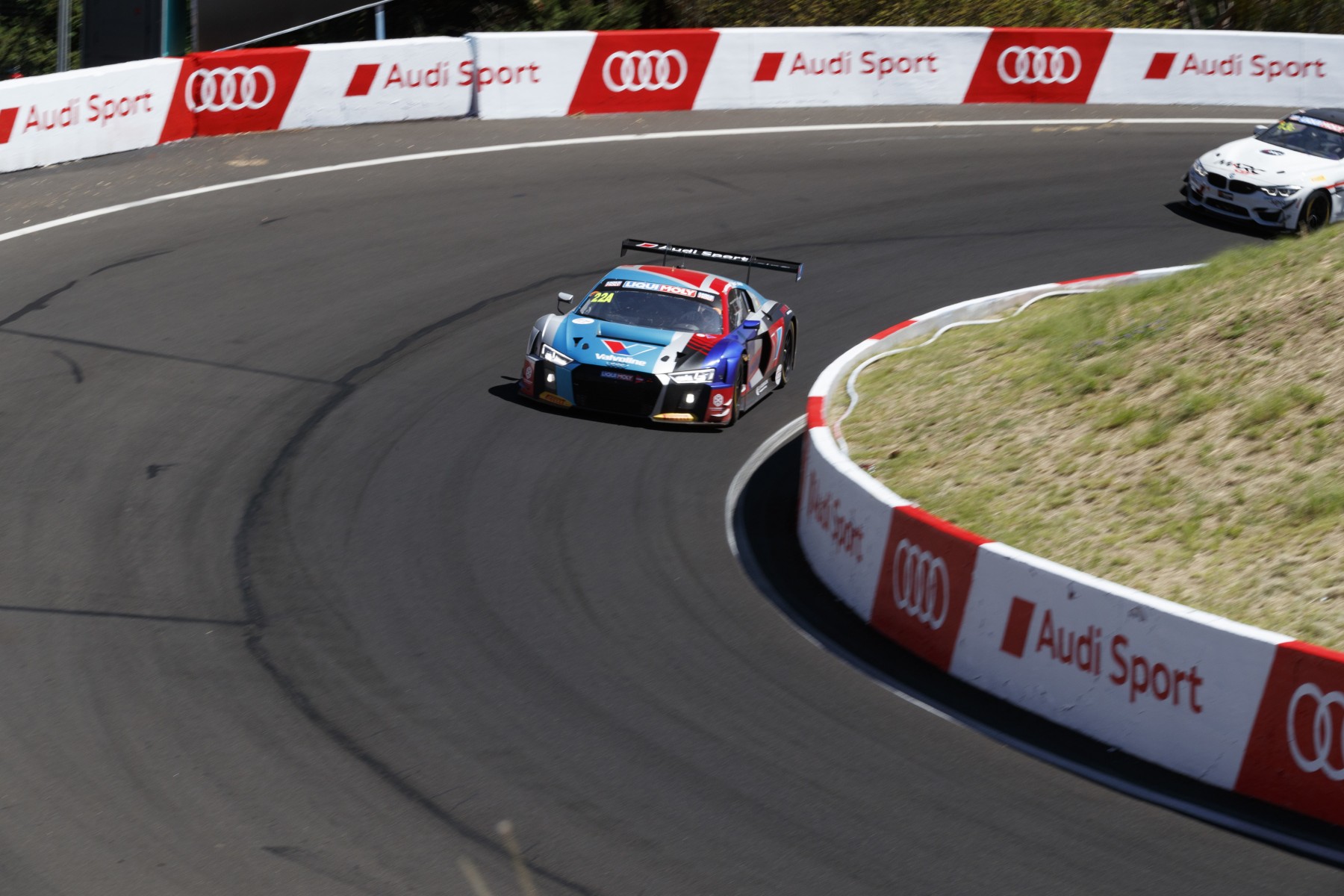 Garth Tander says his Jamec Pem Audi was “cruising along” during the Bathurst 12 Hour before the smallest mistake from co-driver Kelvin van der Linde ended its victory hopes.

The Audi shared by Tander and Audi factory drivers van der Linde and Frederic Vervisch had been one of the front-running cars all weekend prior to its crash.

It was running second behind the sister Jamec Pem Audi when van der Linde hit the wall in The Esses while trying to lap a MARC Mazda3 with just over four hours to go.

The latest in a string of disappointments for Tander in the 12 Hour, the three-time Great Race winner admits this was a particularly tough one to swallow.

When asked whether a potential win slipping through his fingers felt as bad as the same situation occurring in the Bathurst 1000, Tander said: “It did today.

“You never know if you’re going to win, there were still four hours to go, but we had a good car, the driving crew we were all really close in lap times, we were running one-two effectively as a team. We were just cruising along.

“Kelvin is obviously beating himself up pretty heavily. That’s the game we play, but that one hurt a bit.

“You only have to look at the teams, the drivers, the manufacturer involvement now in this race, it’s a big deal.

“It might not be as big a deal to the Australian motorsport fans as the Bathurst 1000 is quite yet, but from an international, GT3 standpoint it is a big deal.

“It’s big for the manufacturers and for us as drivers, all the Aussie guys and the European GT guys, we all want to win it.”

Tander stressed that van der Linde had otherwise done a sterling job on his maiden appearance at Mount Panorama, which included topping qualifying prior to the Shootout.

The car was repaired following the crash and eventually finished 27th.

“He made one mistake all weekend and that was it. Apart from that he was amazing,” said Tander.

“It was a very small mistake, just an error in judgement and a lack of experience at this track, which bit him. 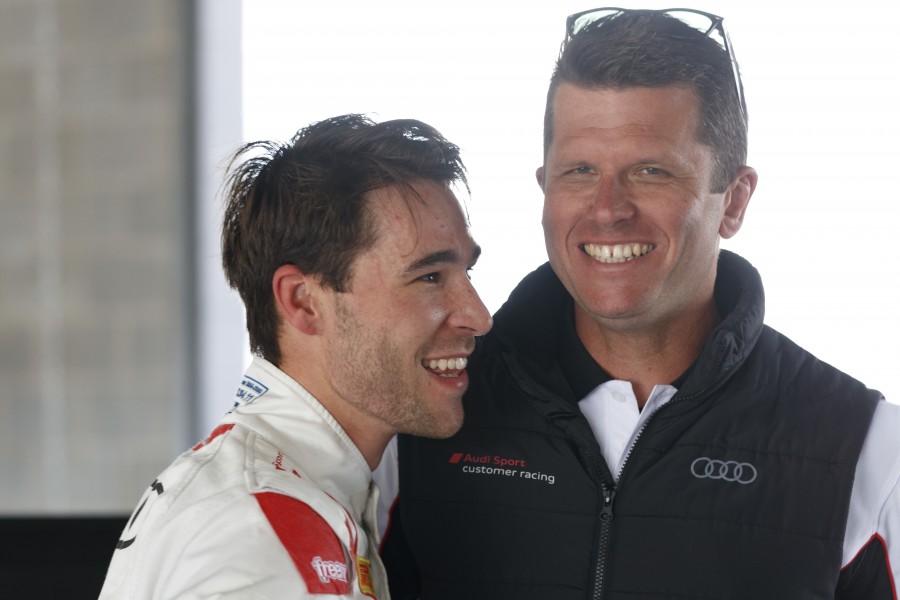 “You couldn’t afford to run two-wide through there regardless of how slow the other car was going, it was just a bit of inexperience.

“He’s just got to forget about it and come back next year and hopefully get some redemption.”

Accidents caused by lap traffic were a major talking point throughout the race, which ended with a red flag following a crash between Class A and I vehicles.

Although his car came unstuck while passing a Class I car, Tander says teams and drivers know going into the event that dealing with traffic is a major part of the race.

“It’s a tough one because it’s not a fully professional race, but for the big operations it is,” he said.

“The easy solution would be to make it GT3 and GT4 only, but some of the GT4 cars weren’t great either.

“I think all the cars that raced today, when the cars are driven close to their optimum performance weren’t so bad, but there’s quite a diversity in skill and experience in those cars.

“For us in the faster cars, that makes it hard because you don’t know which driver is in the car, and some are 10 or 15 seconds slower than their co-drivers.

“But it just means you have to be really, really patient. That’s a part of this race and you know that going in.”