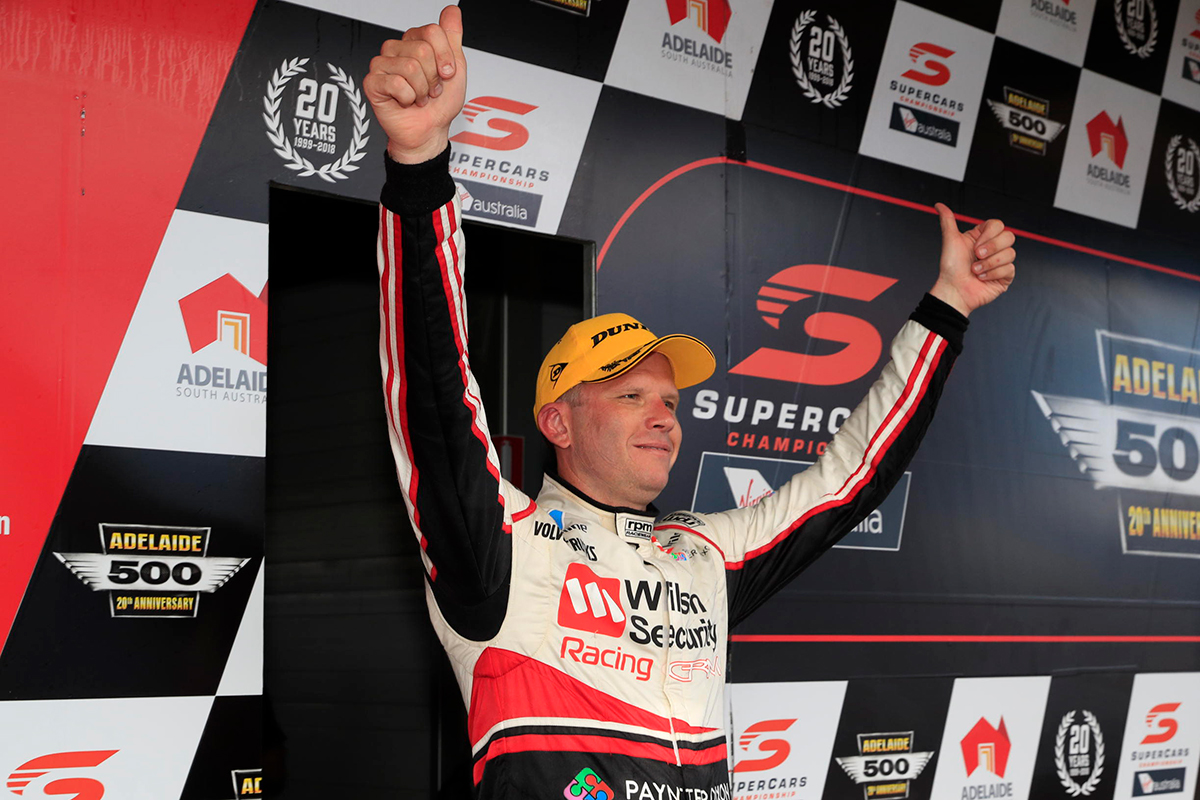 Garth Tander says a podium in the 2018 Supercars opener, the Adelaide 500, wasn’t on his radar after Garry Rogers Motorsport’s tough start with the new ZB Commodore.

GRM built a pair of new Commodores over the summer, one each for Tander and rookie team-mate James Golding, but their running with the revamped aero was relatively limited.

After completing a shakedown at Winton, the team was plagued by front-splitter vibration at the high-speed Sydney Motorsport Park in the pre-season test.

That left Tander and Golding at the foot of the completed laps tally, with their 46 and 48 respectively well below the average of 71.

After qualifying 17th and finishing 16th on Saturday, Tander made the ARMOR ALL Top 10 Shootout on Sunday and took third.

Asked by Supercars.com if he thought a podium would be on the cards given the build-up, Tander said: “Probably not, really, coming away from Eastern Creek.

“I think in Sydney we learnt exactly zero, because we spent most of the day sorting through splitter dramas.

“We basically fixed it at about 2pm on that test day, but obviously the day was over at that stage.

“Obviously missing the mark with Friday set-up [for Race 1 qualifying] is just a carry on from Sydney.

“It was a real credit to the guys to identify what we needed to do with the car, tune the car in the right direction and give us a car that was capable of running inside the top five.”

The result was Tander’s second podium since rejoining GRM at the start of the 2017 season, and he leaves Adelaide sixth in the points.

Tander crossed the line 11th on Saturday, but fell to 16th with a five-second penalty for his part in a Turn 9 restart incident that turned Cameron Waters around.

Satisfied that he had a good car but was “just stuck up the back” based on qualifying in Race 1, Tander worked his way into the lead fight on Sunday. 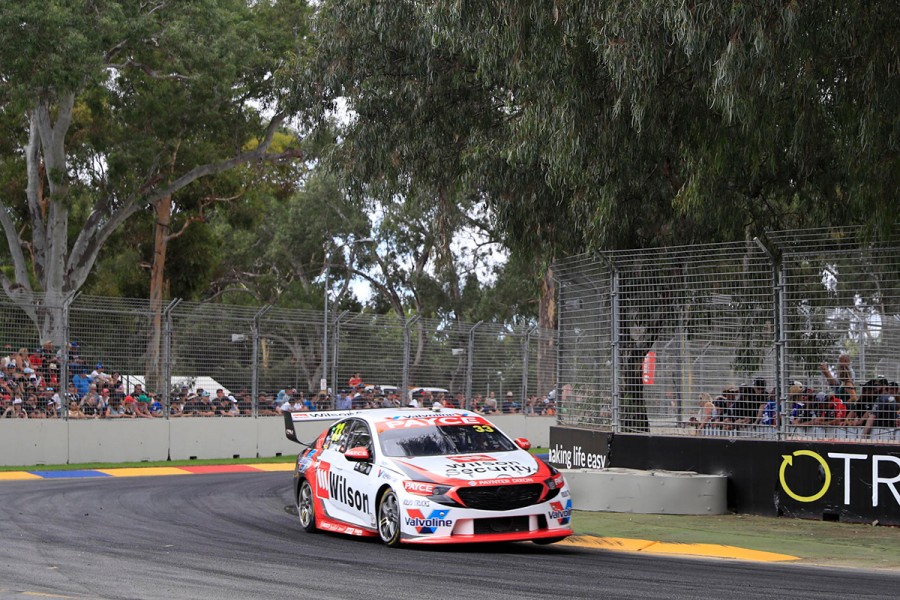 He was running with Shane van Gisbergen when David Reynolds rejoined right ahead of them on the road on cold tyres as the effective leader from his second and final stop.

All three drivers converged on Turn 4 together, with Reynolds keeping them at bay there before he was passed by van Gisbergen at Turn 9 to ultimately set the top three.

That came as a surprise to Tander, who had “no idea” he was on course to fight for the win.

“The guys did a good job with pitstops, good job with strategy and when I saw Shane pop out of pitlane at that last pit stop I was like ‘gee, we must be pretty close to the lead’,” he said.

“And then they stated talking about how Dave was going to pop out in the lead and I thought it was going to be on, so I thought ‘I better tighten the belts up and get into it’.

“I think, realistically, Shane was going as fast as he needed to stay out front, once he got in front, but it was good to be able to see the lead.”

In his first weekend as a full-timer, Golding failed to finish after a clash with fellow rookies Richie Stanaway and Todd Hazelwood on Saturday, and took 19th on Sunday.