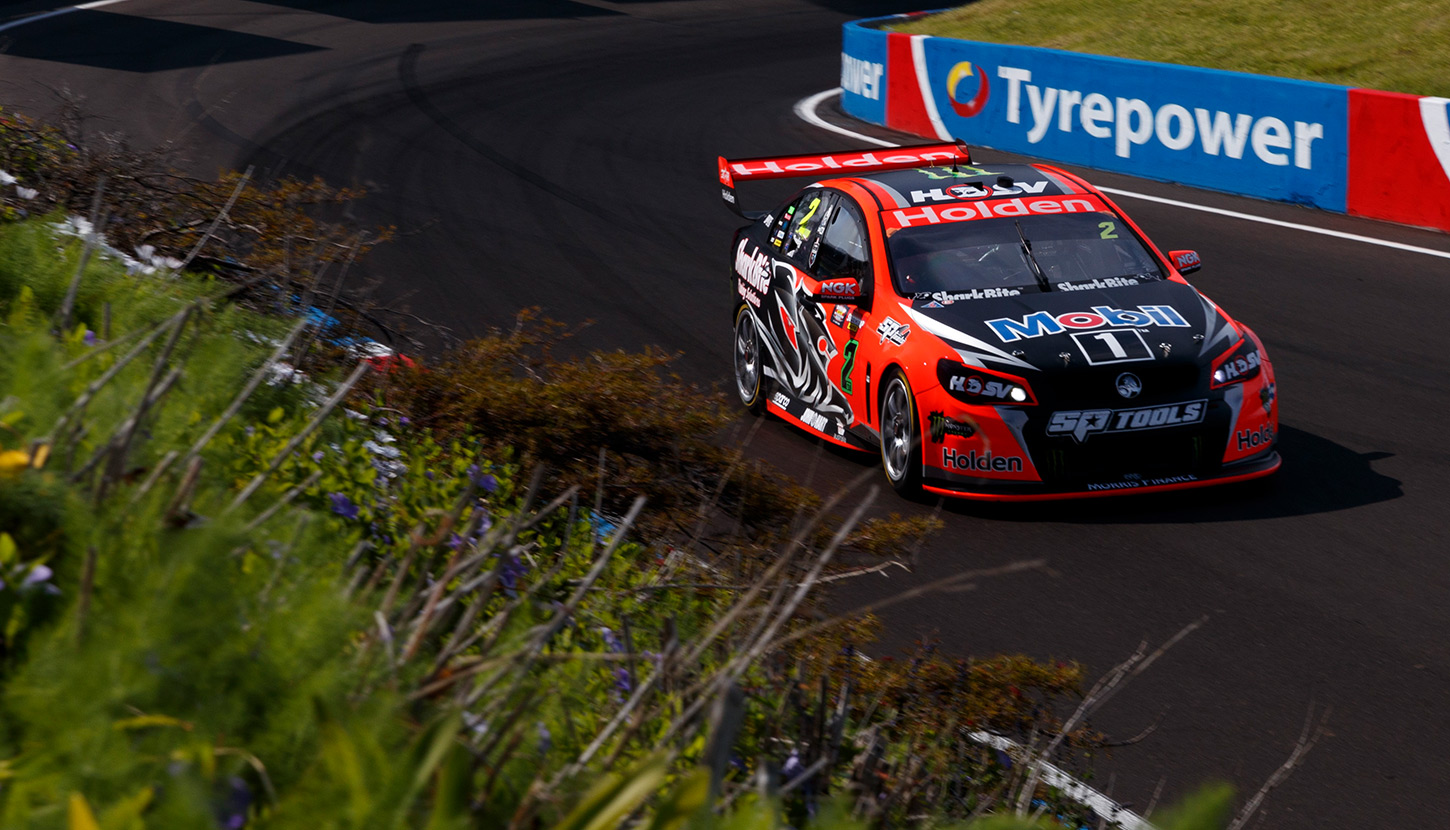 Garth Tander is focused on success on the Gold Coast after last year’s podium there with Warren Luff, writing off his devastating Bathurst end as ‘another unique storyline’ from Mount Panorama.

Just over a week on from the Supercheap Auto Bathurst 1000 the feelings are still fresh for the Holden Racing Team star, who was set to challenge for the win before being caught in the controversial Jamie Whincup-Scott McLaughlin incident that was dismissed in court last night in Melbourne after Triple Eight's attempt to appeal Whincup's penalty.

“Ultimately you don’t get in that position at Bathurst all that often, as far as inside 10 to go, battling for the lead of the race,” Tander told supercars.com.

“So yes, it’s disappointing and frustrating when circumstances like last week play out. But there’s nothing you can do about it after the fact – all you can do is look forward to the next race, so that’s certainly what we’ve been doing in preparation for the Gold Coast.”

The HRT has been on a hot streak after Tander’s Sandown victory with Luff, backing up last year’s Pirtek Enduro Cup win, which was earned with two third and two fourth place finishes across the enduros.

“At the end of the day, we just won Sandown, we were battling for the lead of Bathurst with inside 10 to go, so we were in the game there.

“We go to Gold Coast with a car that was fast last year and were on the podium and sealed the Pirtek Enduro Cup, so you just look at those, focus on that and I enjoy the Gold Coast anyhow, so look forward to that.”

Moving on from hard results is part of sport, but a week later, the Bathurst near-miss still stings.

“How do I feel? Disappointed we were caught up in other people’s shenanigans in that race. Bathurst has this amazing ability of creating these unique storylines and we’re just part of the most current one, that’s all that is.

“Frustrated, disappointed, but ultimately nothing can be done about it now.”

While he was mindful not to talk in detail about the incident given the appeal, Tander did point out that as far as rulings had gone, he was the only one of the three cars involved not to have been penalised, despite Red Bull pointing the finger at the 2007 champion in a TV interview.

“I did hear that Mark Dutton [team manager] tried to deflect the blame directly on to me, but there were three parties in that incident and two of those parties have been charged and I’m not one of those parties.

“Dutton was wrong anyway because it was a grade two, not a grade one [infringement], and he said I escalated it by being there – but I didn’t escalate it, Jamie escalated it by slowing down to redress on a part of the circuit where it’s full throttle.

“People will have their own opinions; he’s entitled to his, but I think it was wrong.”

Going on past form, there may not be a better place for Tander to bounce back given he has seven wins at the Gold Coast, including the first ever at the circuit in its current configuration.

“I’ve been going there a long time! I enjoy the circuit, I enjoy the event, I think the two driver format makes it quite interesting and I enjoy those as well. Sharing the car with Warren is a lot of fun and he does an awesome job.

“So it’s an event I enjoy and events you enjoy you tend to go quite well at.”

This weekend will conclude Tander’s last endurance season as a lead factory Holden driver – he is not ready to speak further on his future at this stage.